I got some parts reviews I’ve been meaning to put up…. Since I have an ASM 70mm Titanium exhaust (Which I believe is the best S2k exhaust ever, much better than the SS version, the sound is so crisp!), I’ve always ran it with an invidia 70mm testpipe which is 70mm straight through, for what that is, the Invidia unit is a great value for what it is and fitment is spot on. This Toda Racing 60-70MM CATALYST ADAPTER, makes perfect sense to me, smooth transitions should mean higher exhaust velocities right?  I’m not an engineer, but it makes me feel better because it says Toda racing and has a sticker for RACING USE ONLY 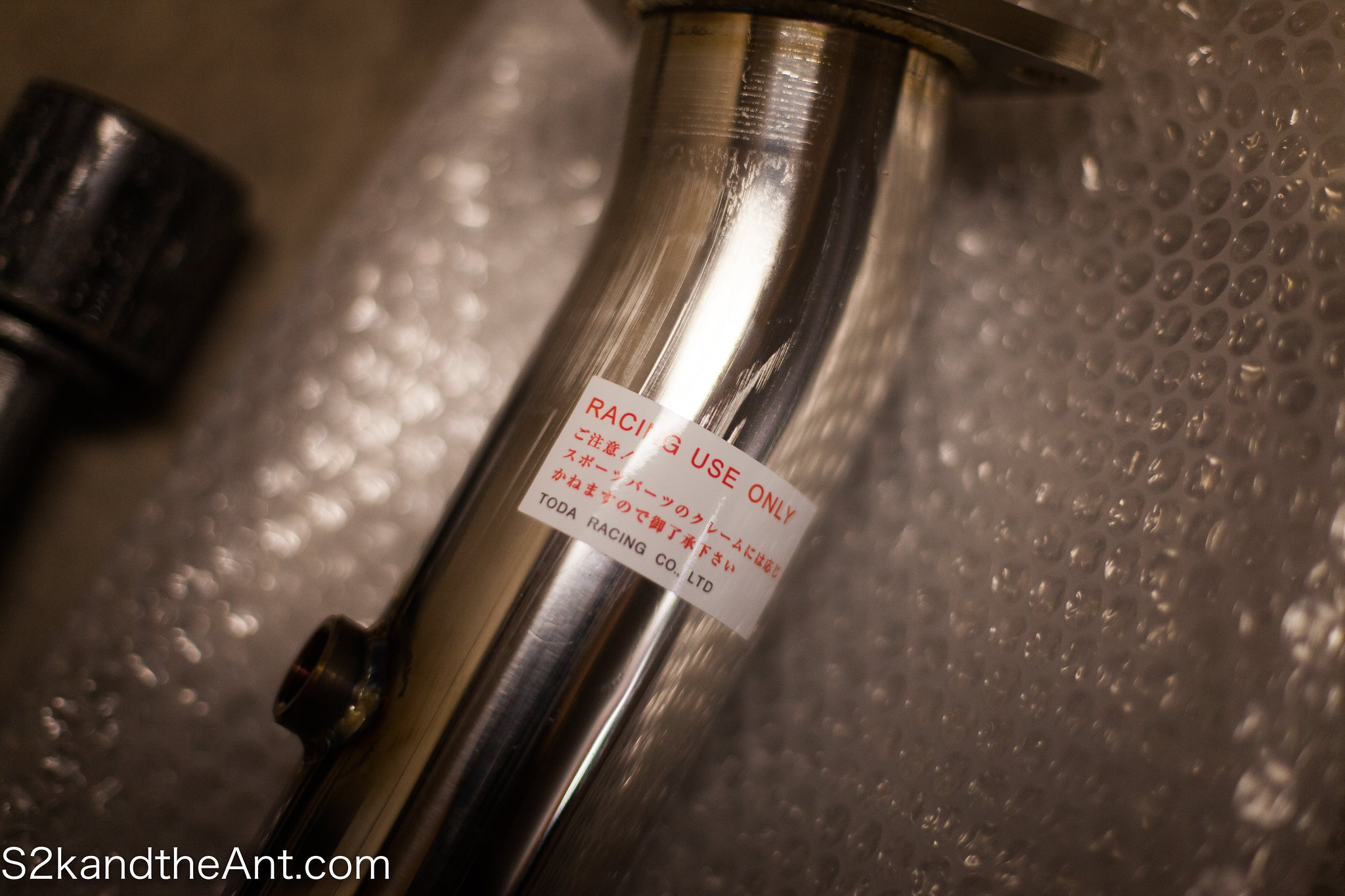 I’m a huge fan of Toda Racing.  It seems like every Honda shop uses their products to build their engines, including the world famous KTECH….. and they run engines in Super GT…. How cool is that! 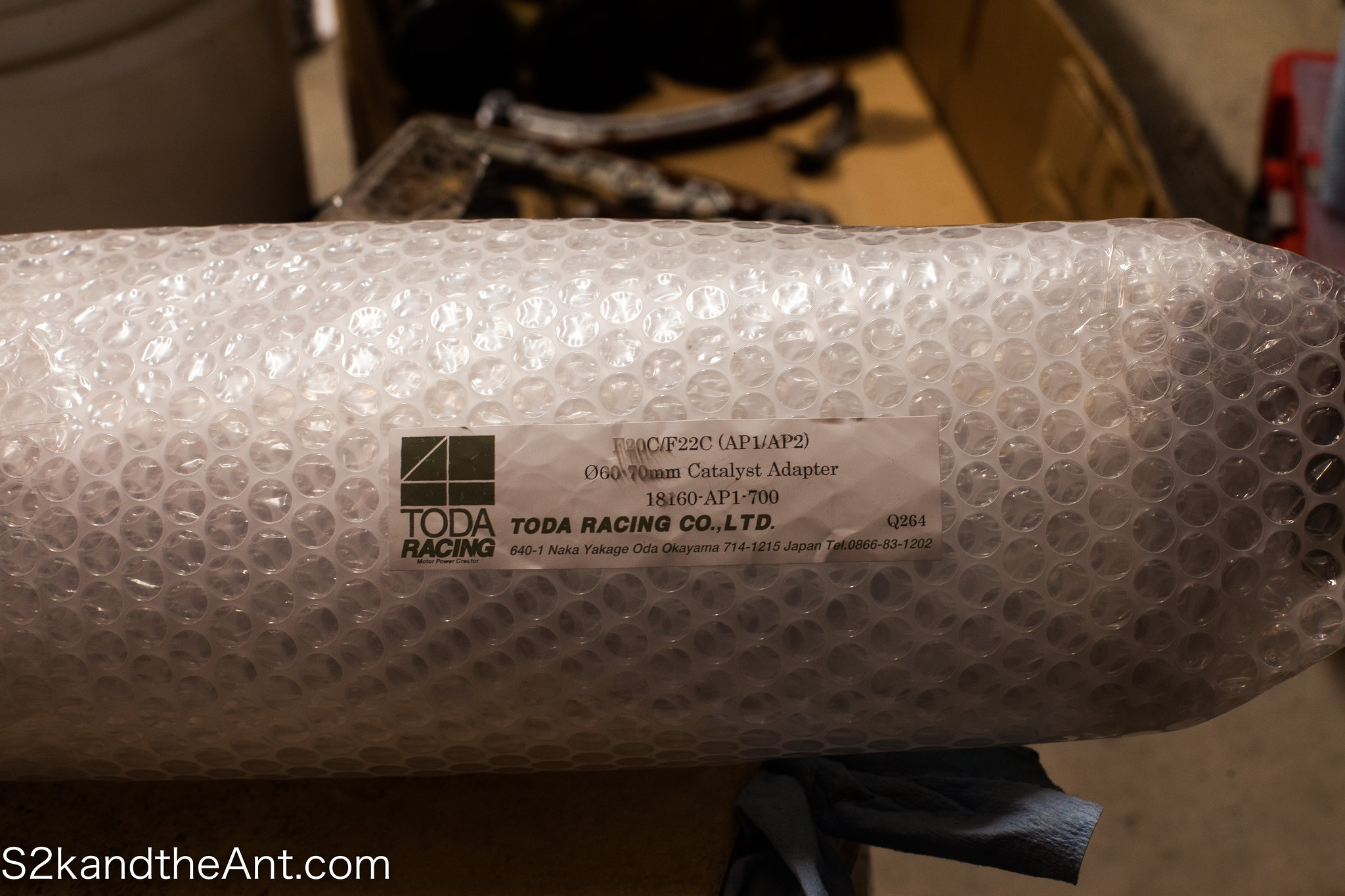 Of course another shoutout to RHDJapan some of the beautiful benefits of globalization…. 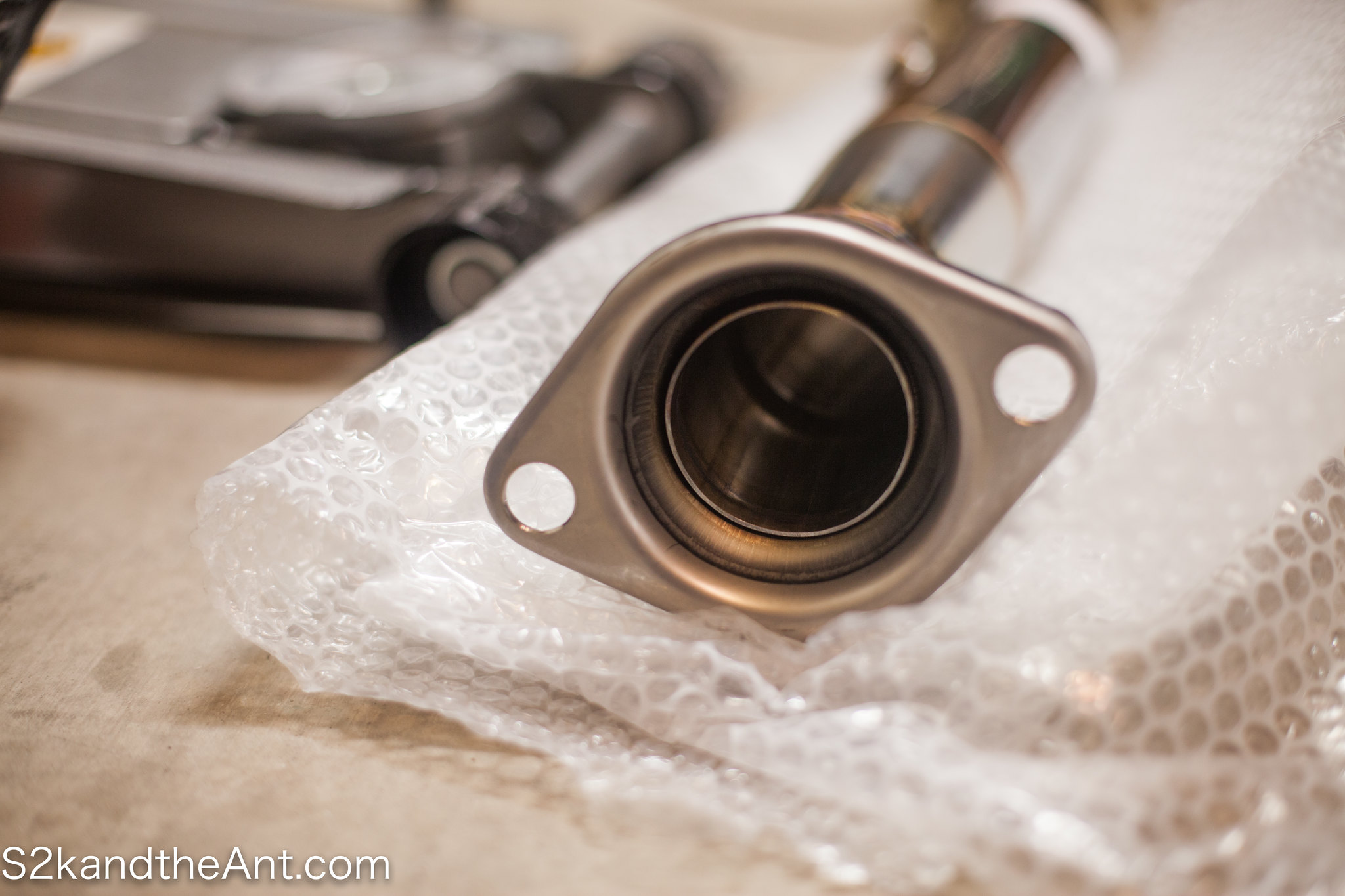 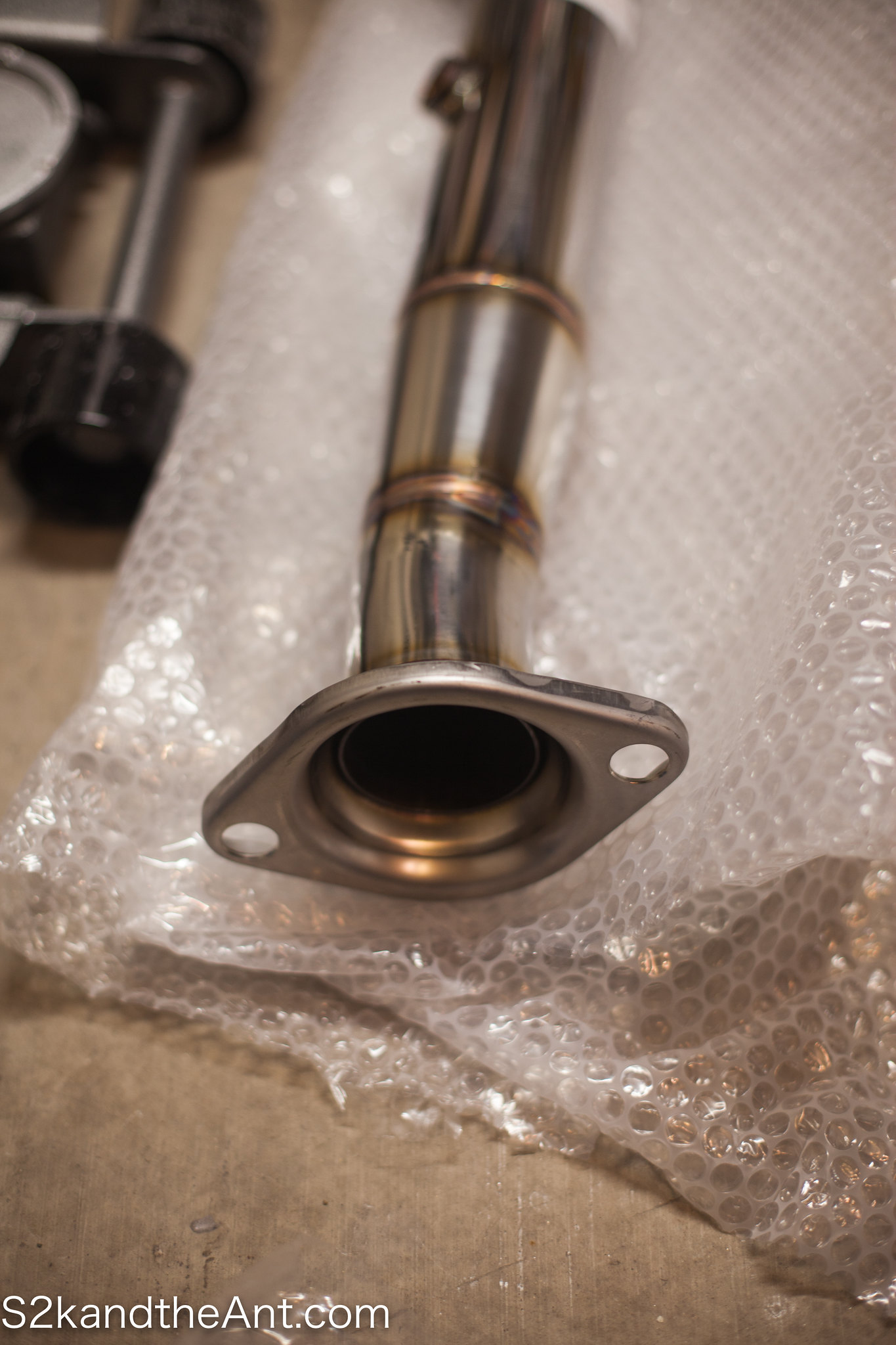 A good look at the transition…. 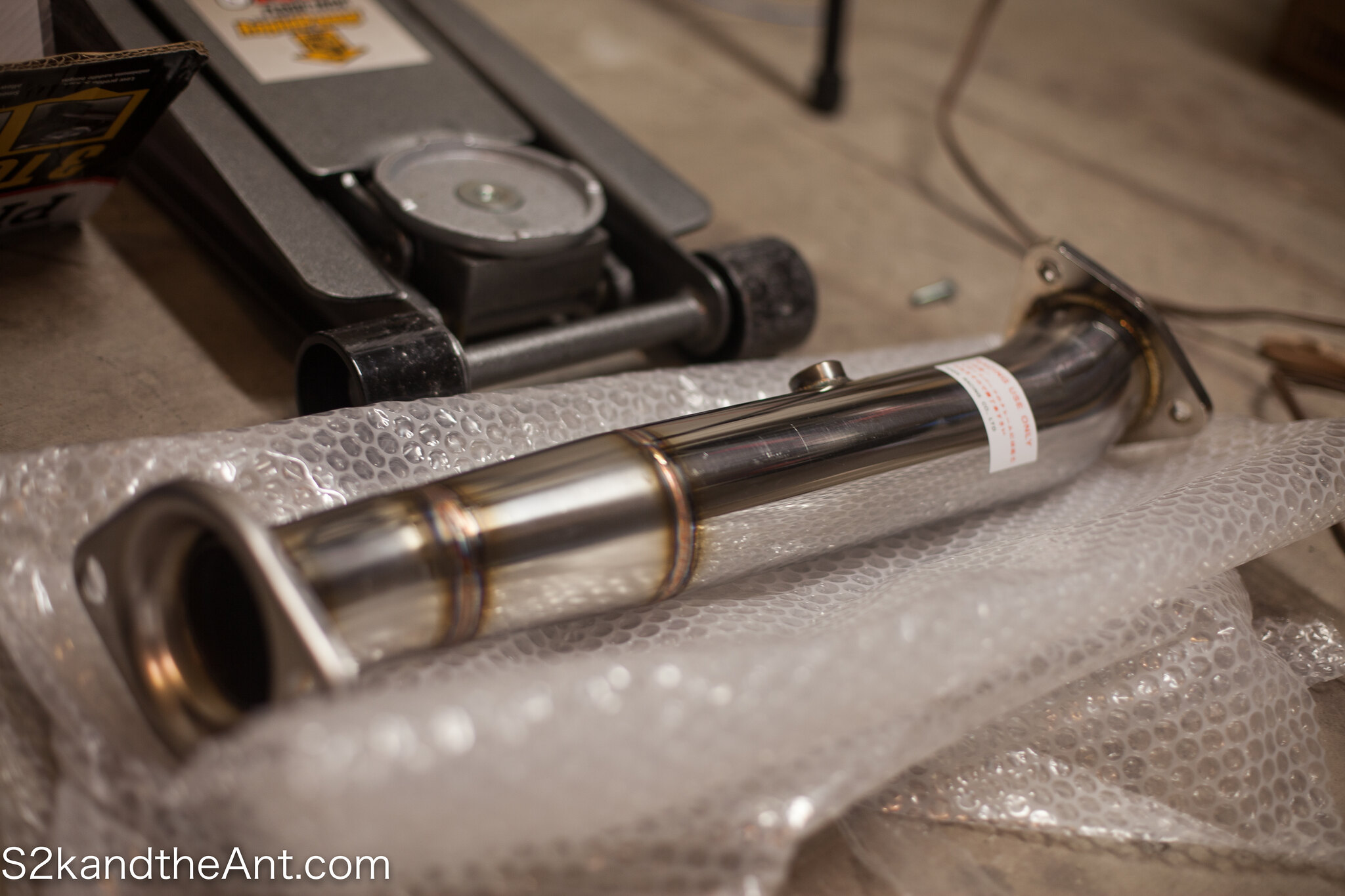 side by side shot with the harbor freight jack 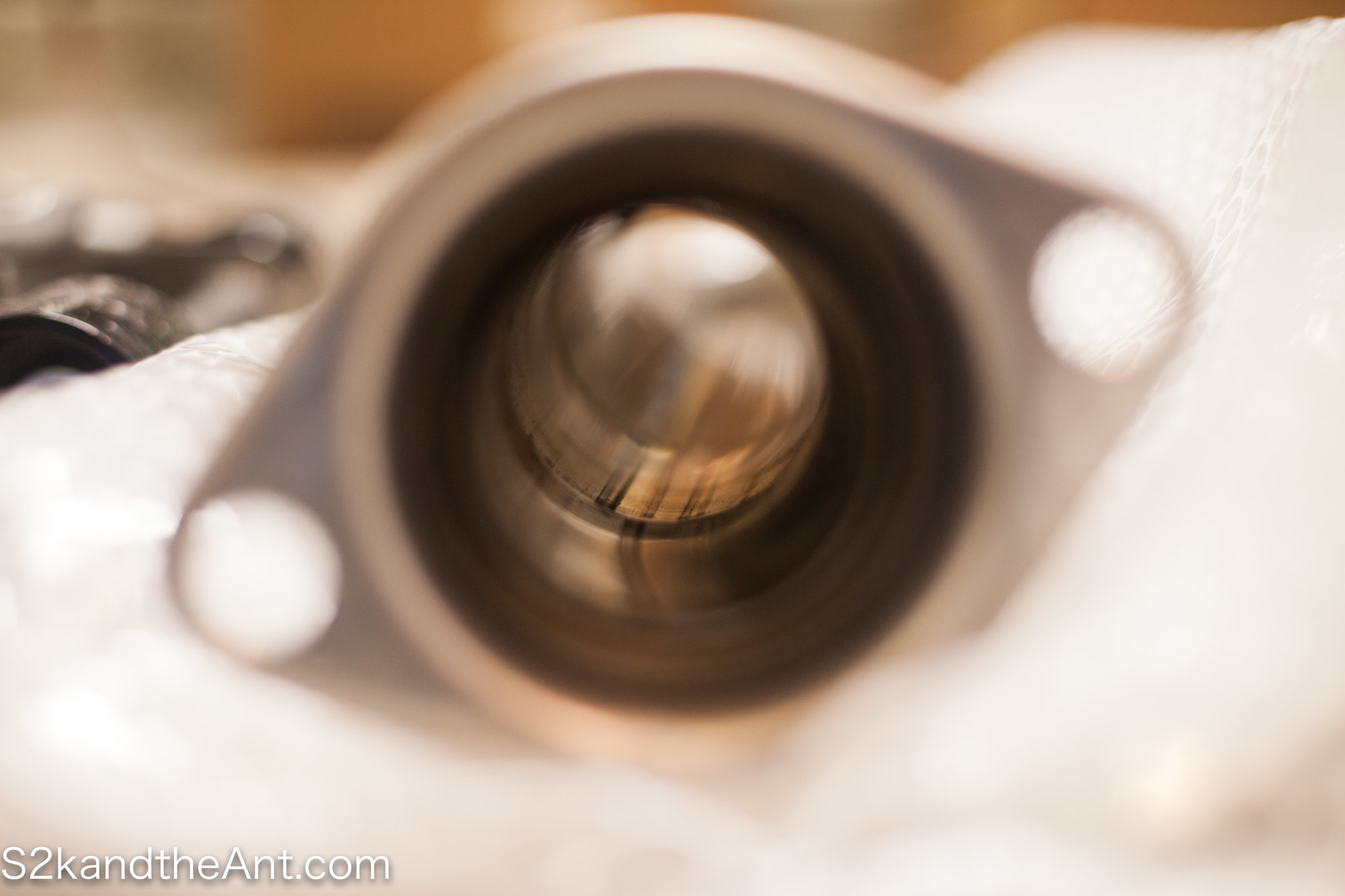 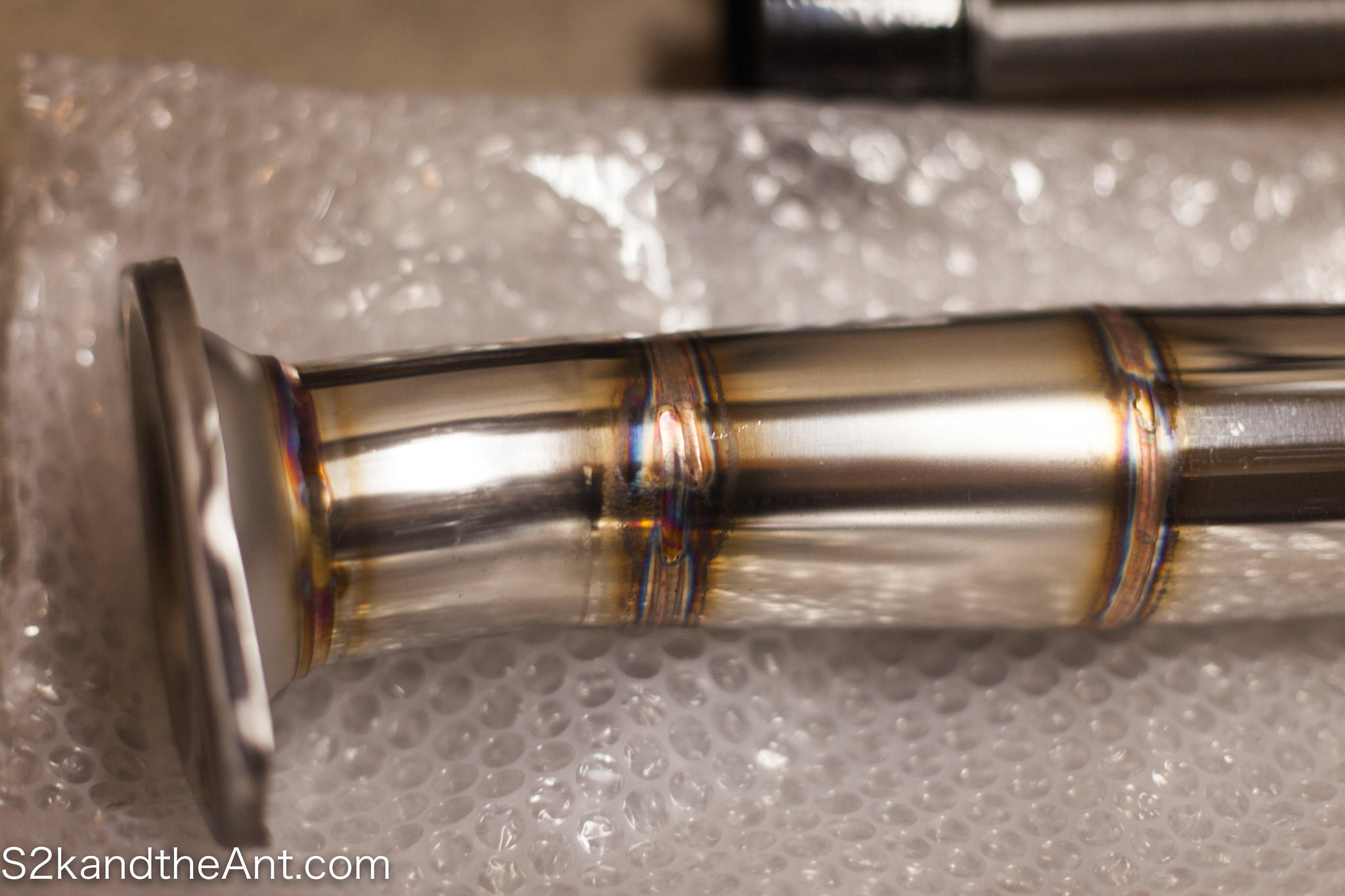 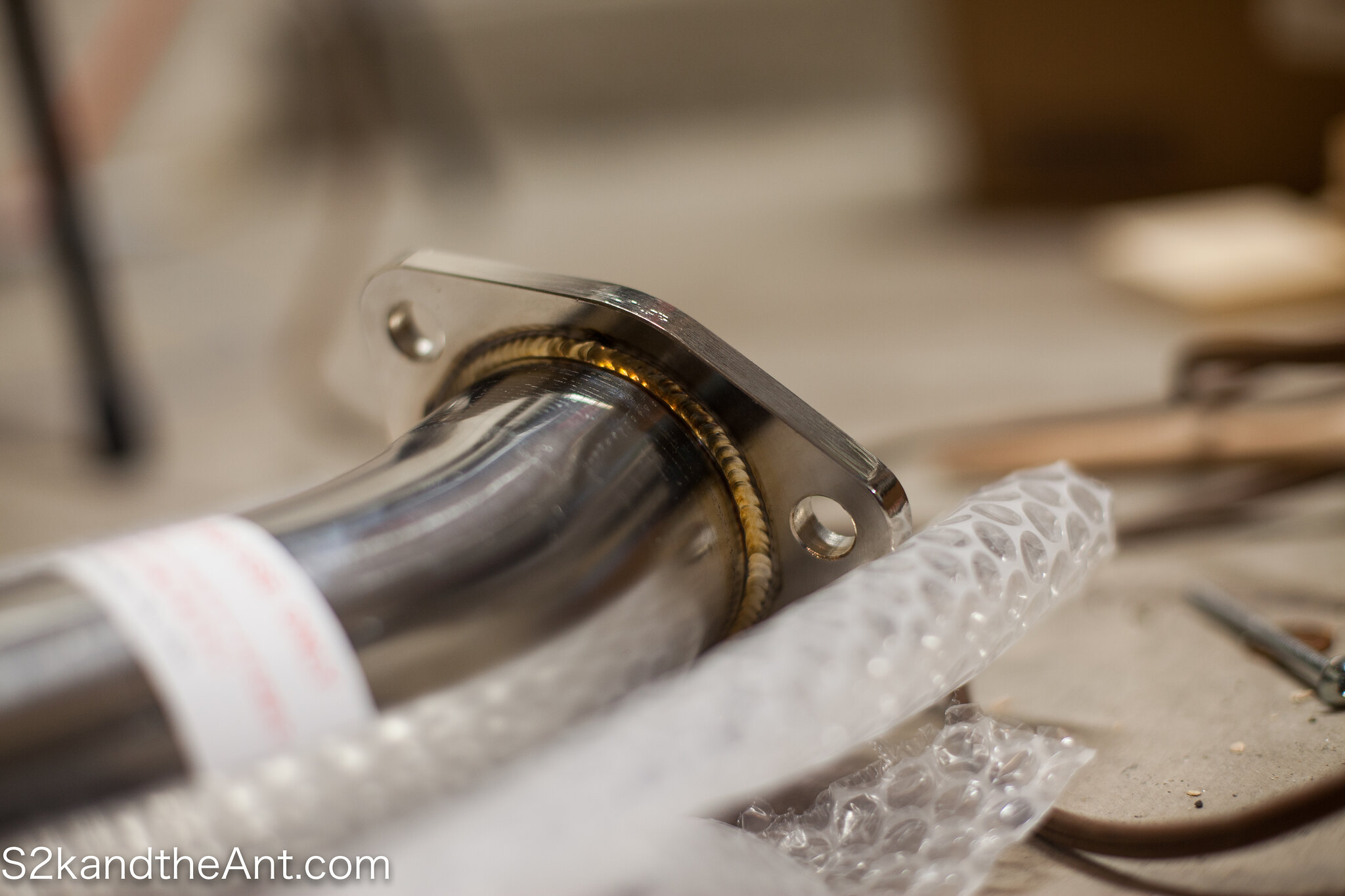 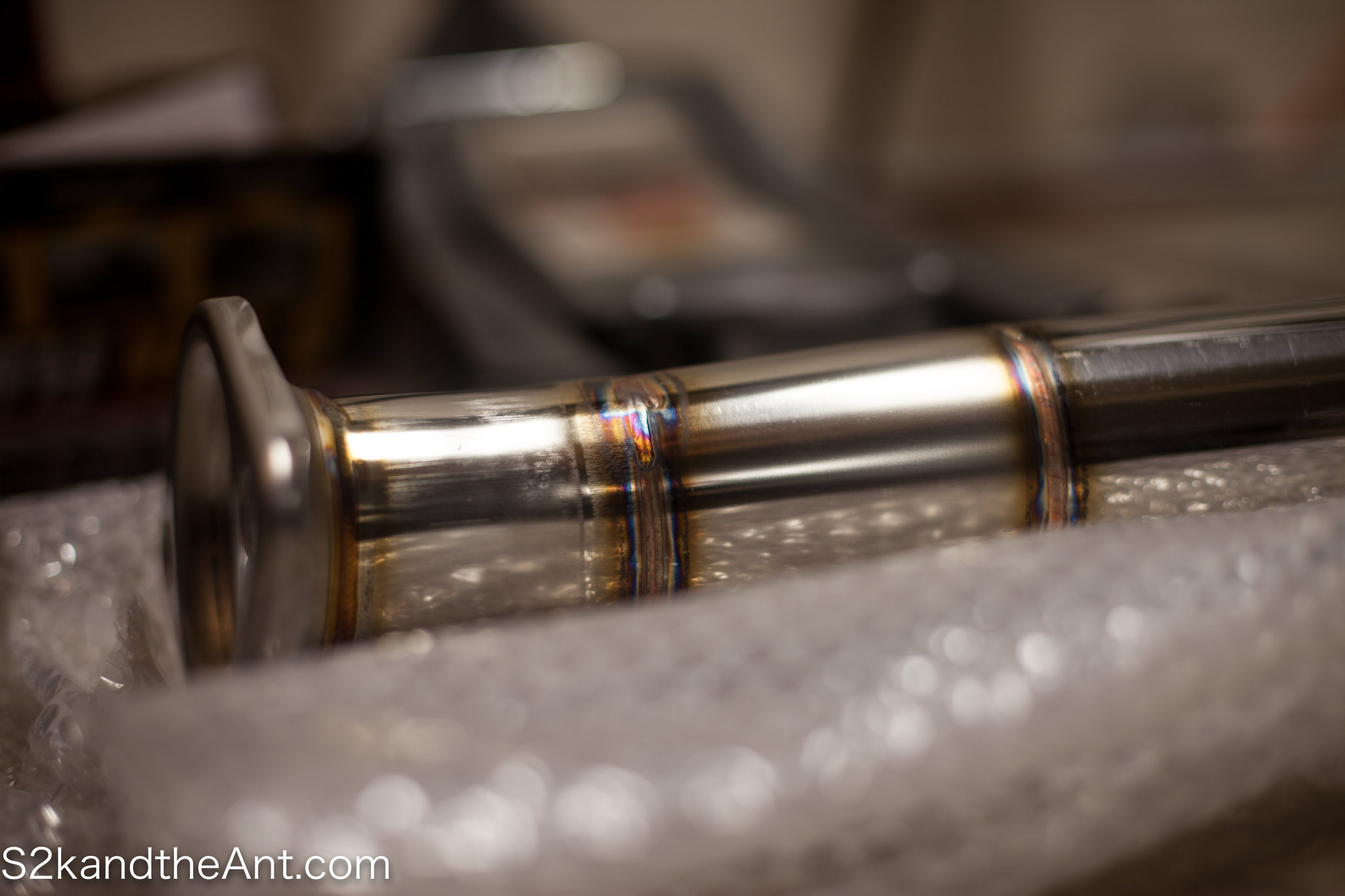 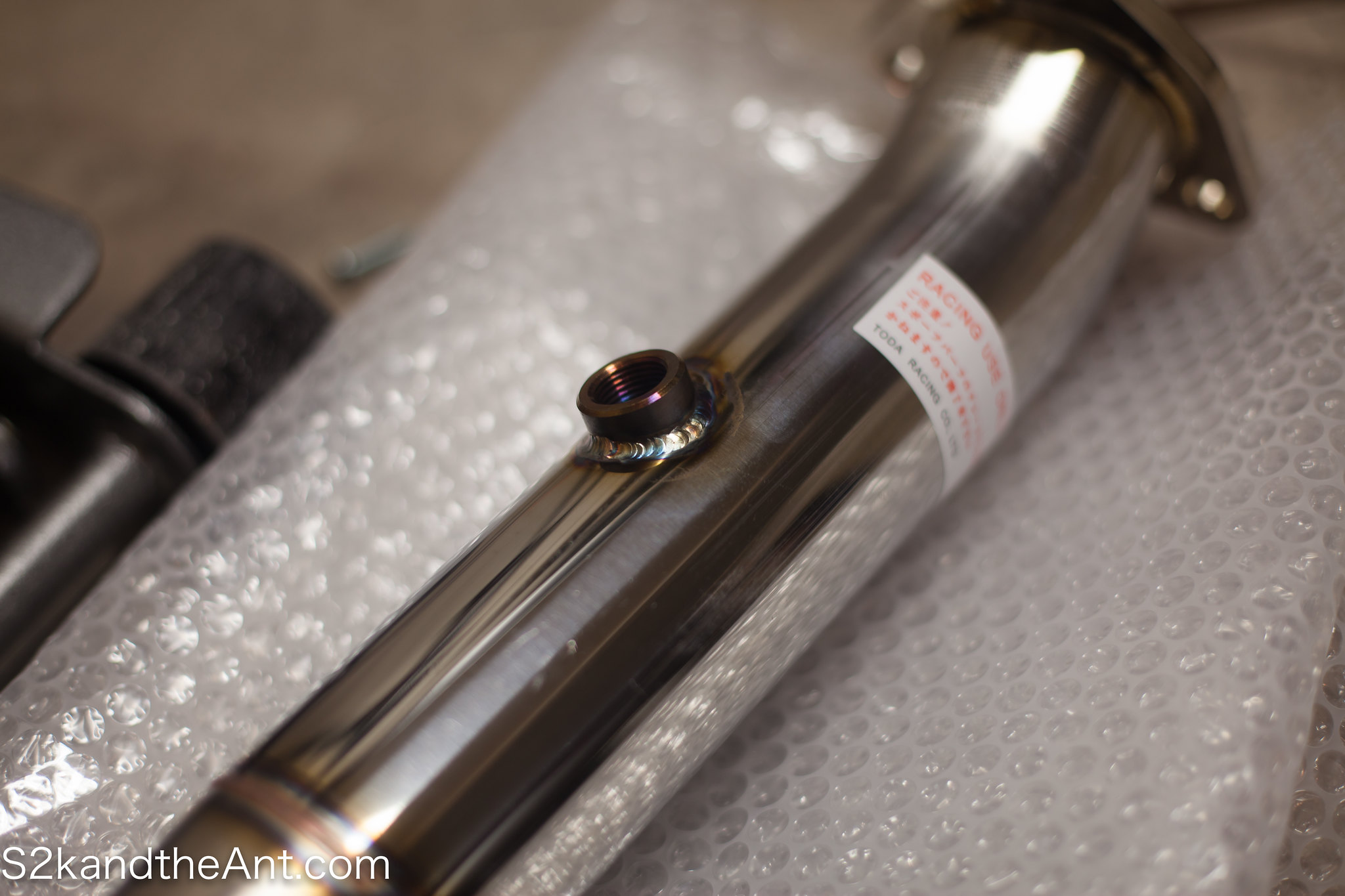 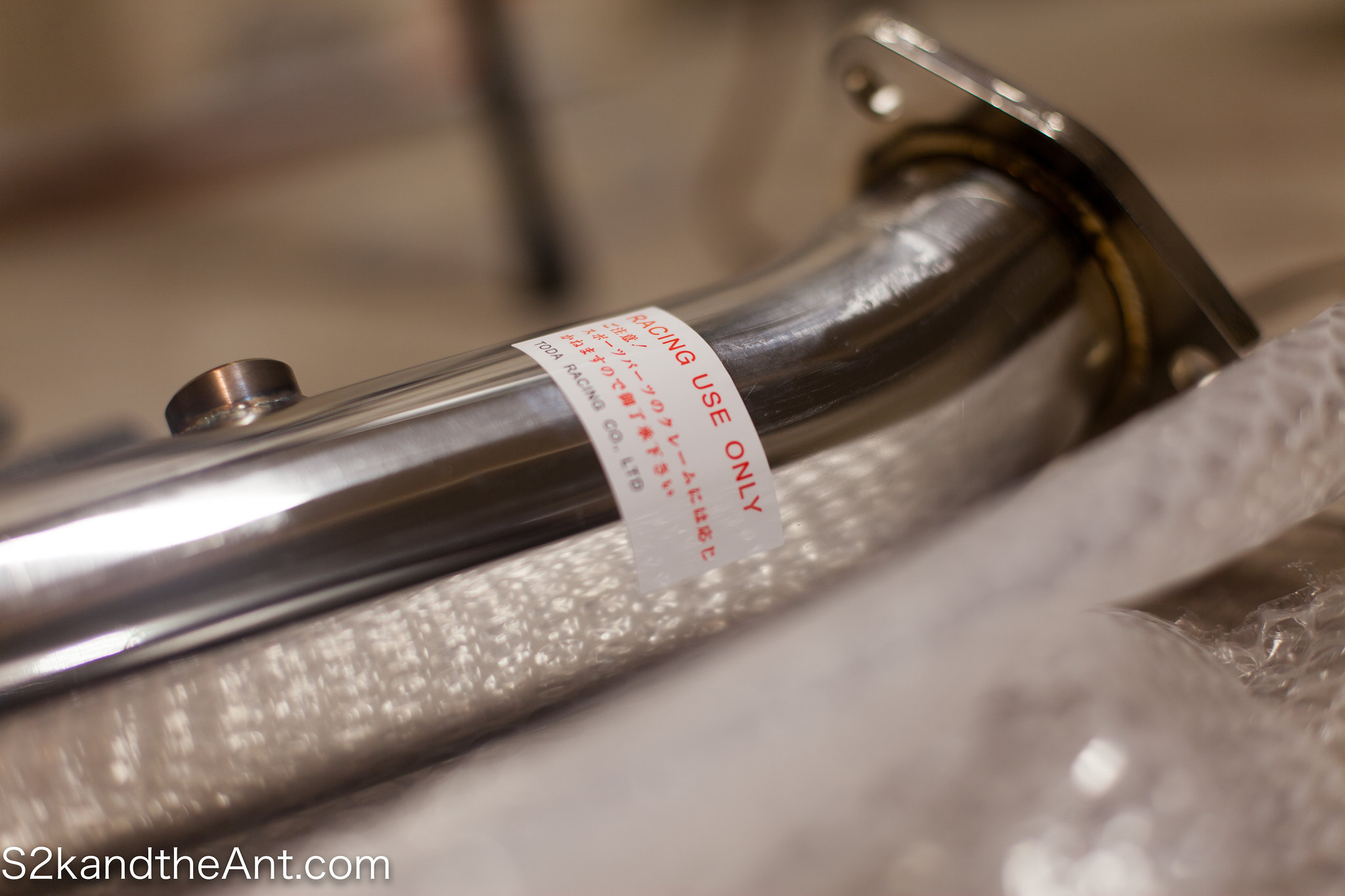 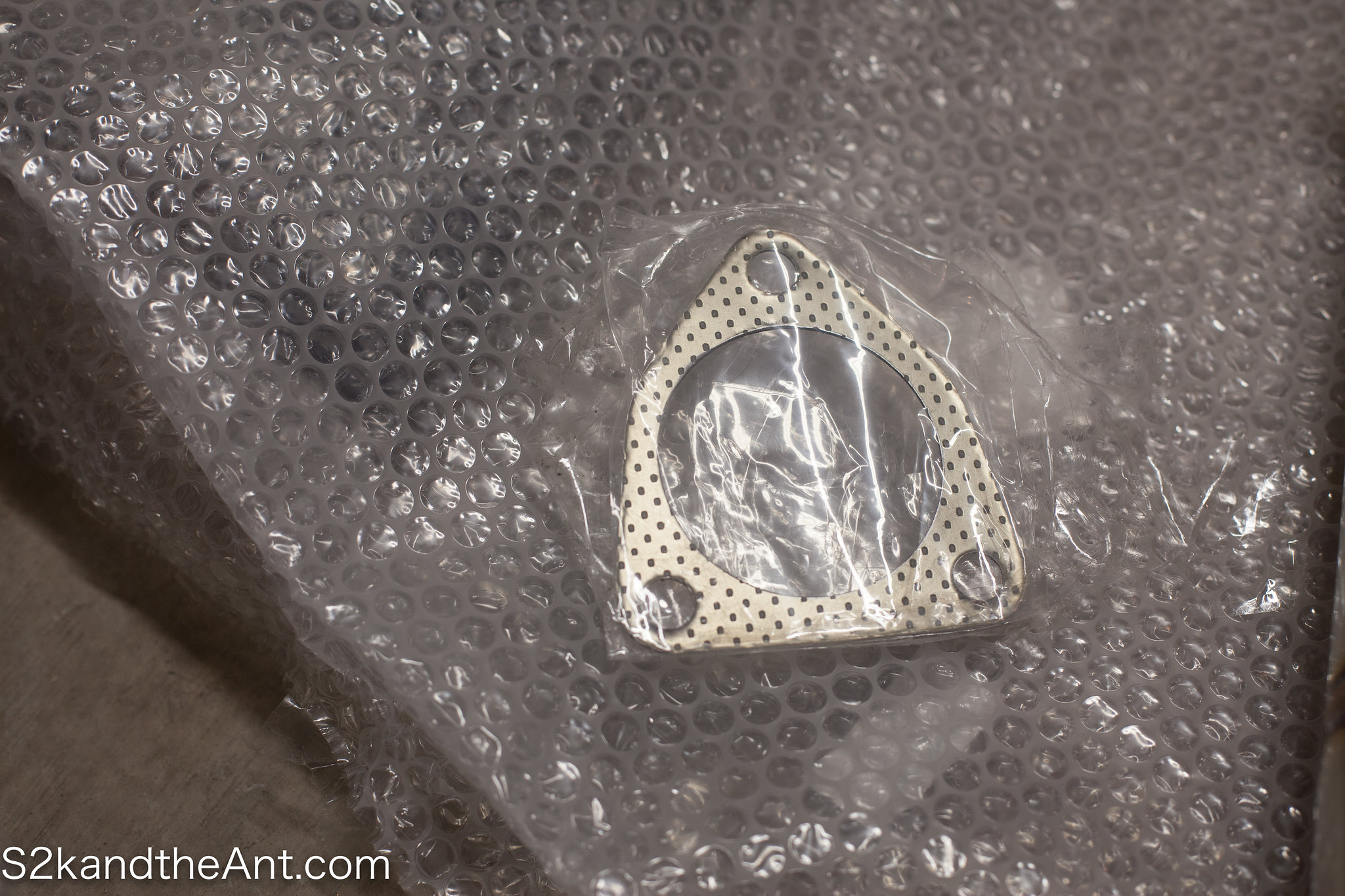 I love how this comes with an OEM Quality Gasket. 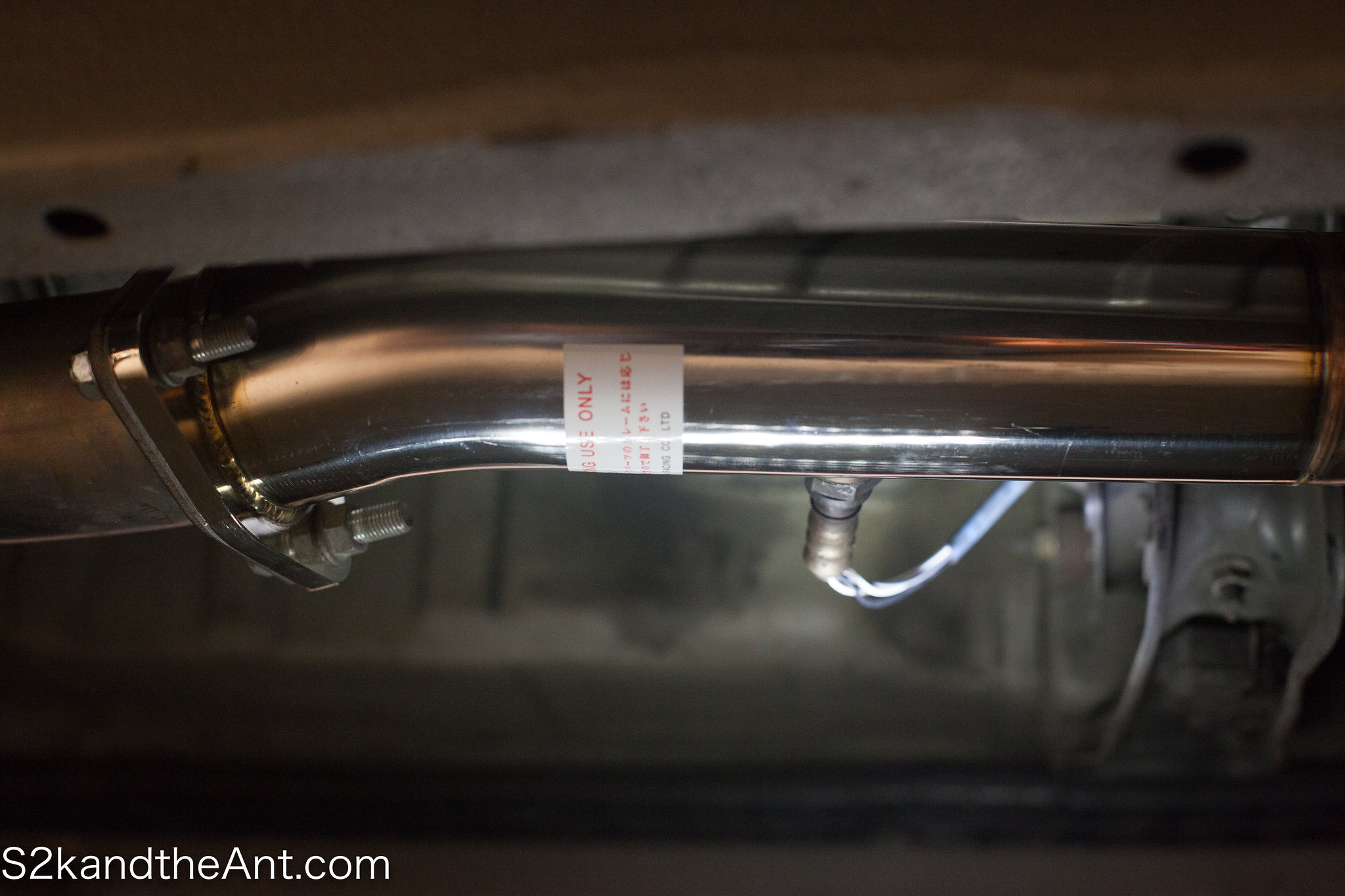 Bolted on the car…. 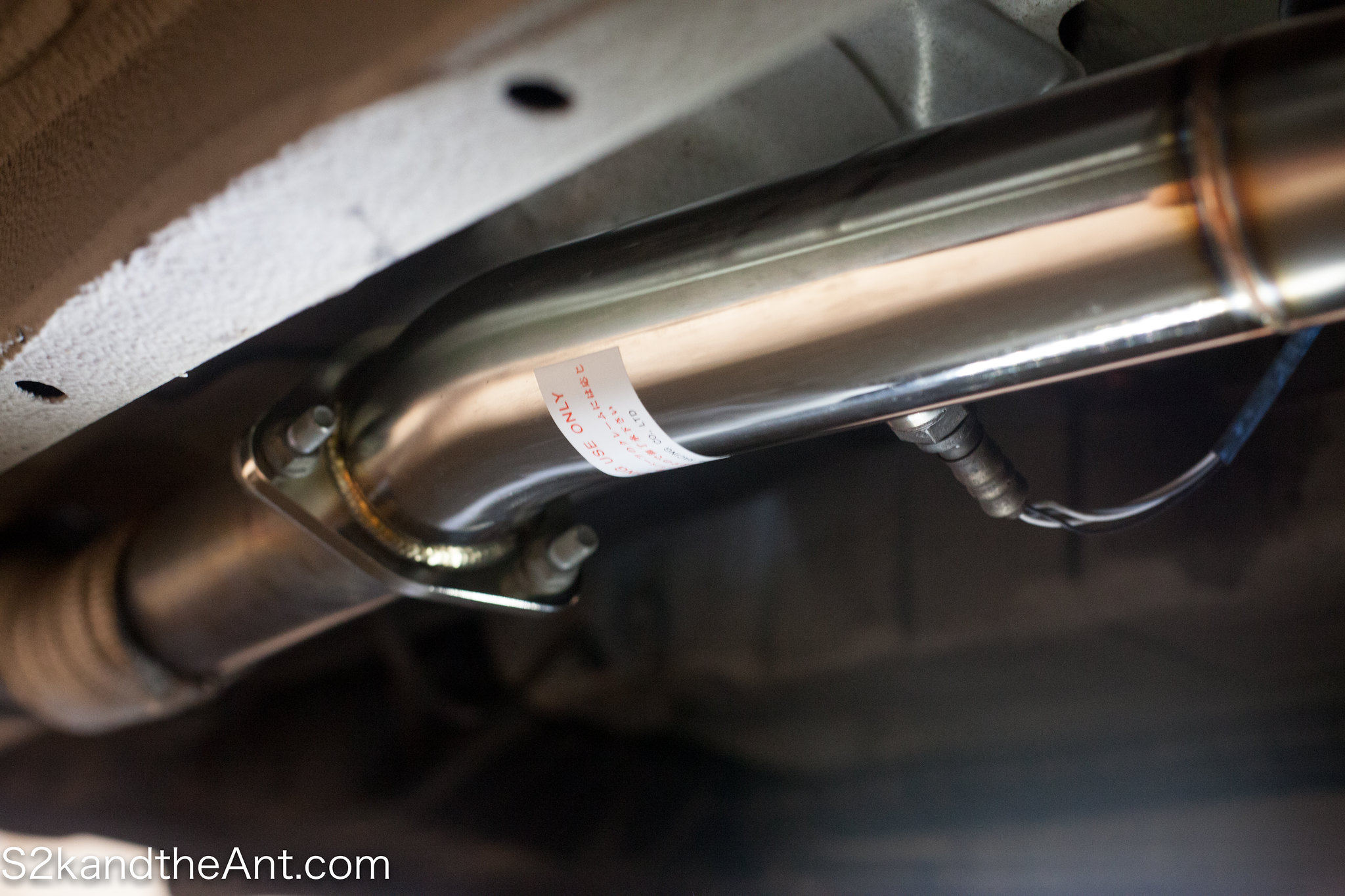 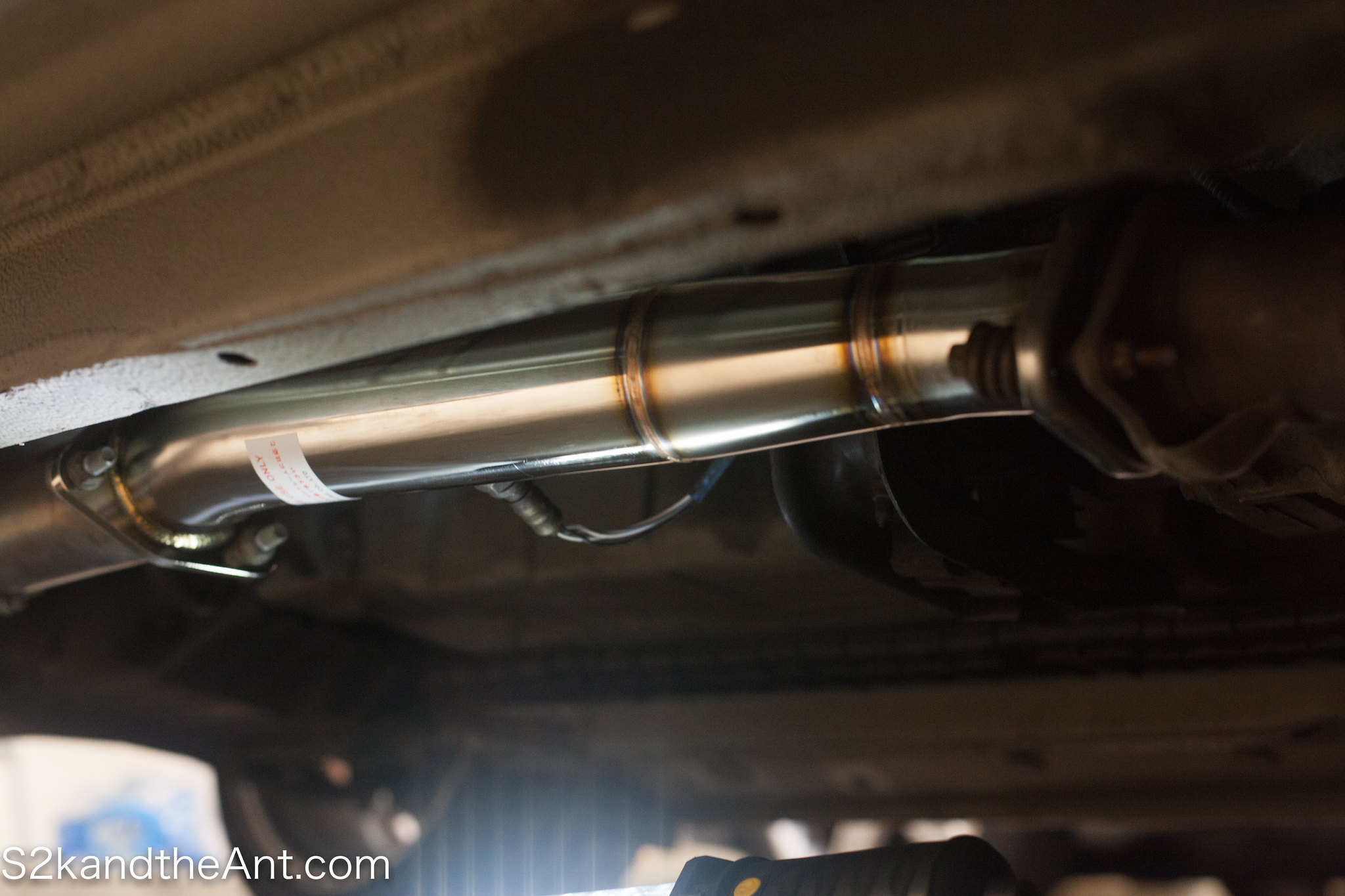 The only thing that would complete this would be an ASM or Toda Exhaust Manifold….. If only….. 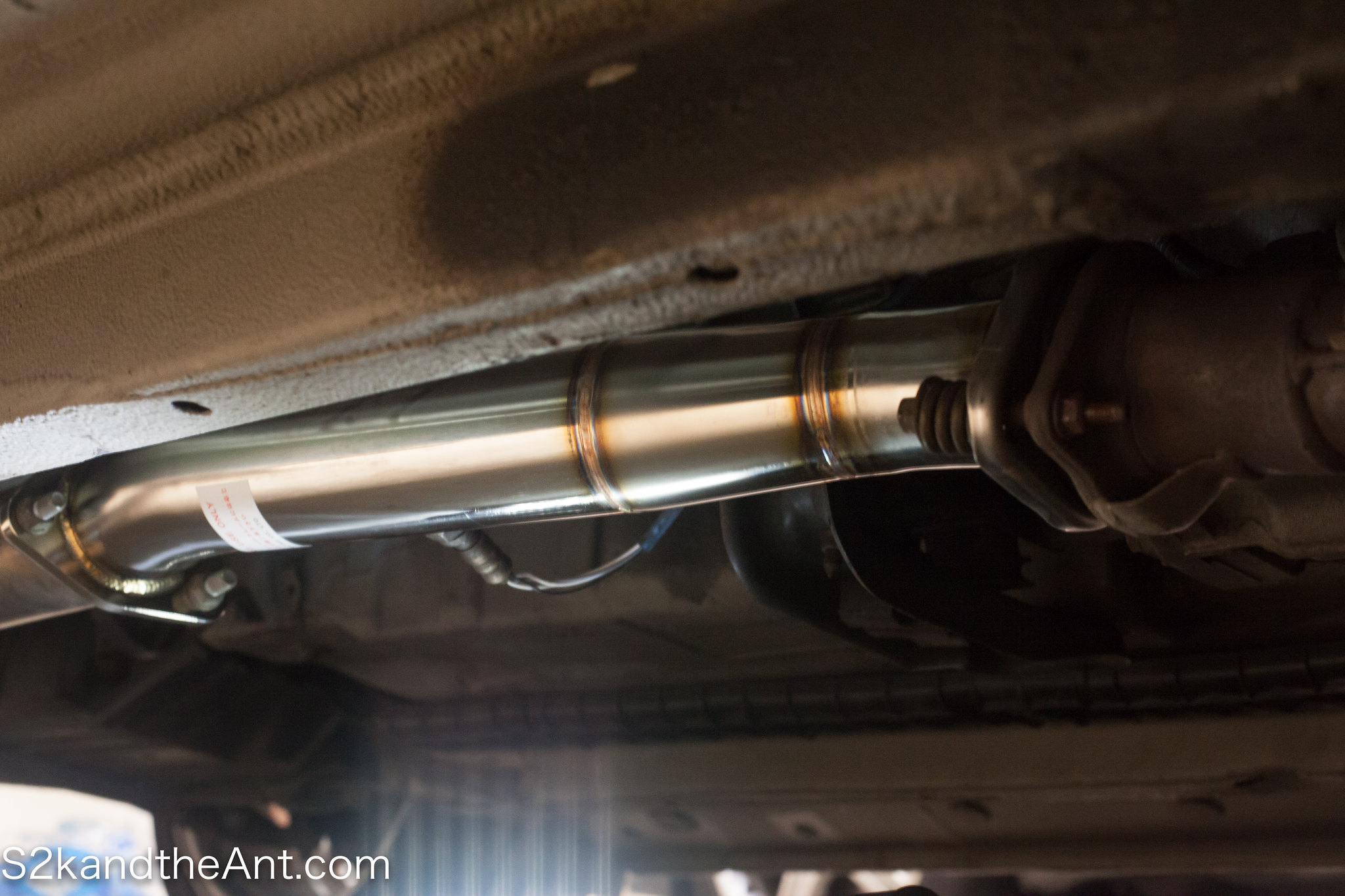 After installing this on the car, the car was noticeably quieter on pulls.  I would assume this is because the air is moving faster now since it has a smoother transition, while before it was a 60mm exit on the header dumped directly into 70mm test pipe.  Honestly the car felt the same powerwise.