It’s crazy how things can change over time. If you were to talk to me about my S2k 4-5 years ago, I would have told you, “Race Car Bro.” Now I have come to the conclusion that I’m a shitty driver, and I would like a  well-rounded car. Not only can I play pretend racecar driver, by running track days with 34234340 other people on the field, spinning out, and pretend I’m going fast, but I would also like something that I wouldn’t mind cruising to the meet to school noobs on how not JDM TYTE their car is….. Kidding not Kidding.

These seats are the embodiment of that. Coming from Recaro SPG seats, I figured I should at least make my car more comfortable for people that ride in the passenger side, especially my wife who hated my Recaro SPG seat, and actually hates this seat, but hates this less…. which is the key…..

I’ve been looking for this specific seat for awhile now.  Since my driver’s side is a RECARO RS-G ASM LIMITED IS-11, I wanted a seat that would compliment this on the passenger side.  The Recaro SR-7 ASM IS-11 have been discontinued for awhile now, they have an updated seat out now, the RECARO SR-7F ASM LIMITED IS-11 GK.  It took awhile, but paitence paid off and I found a mint example of this seat. 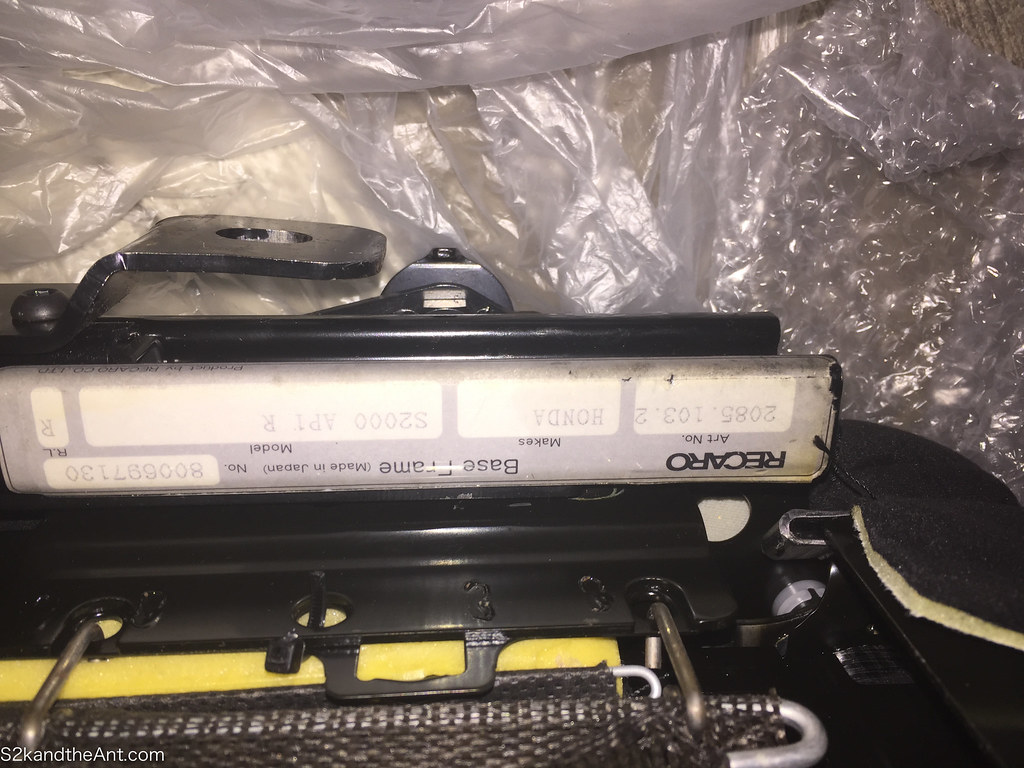 With the seats. you also need rails.  After extensive extensive research,  I decided on Recaro Japan Rails for the Ap1 S2000, I do not believe they make a seat rails for the 06+ s2000 passenger side.  The Recaro Japan rails are bottom mount rails for Recaro seats, and can be side mounted if you attach the Recaro Side Mount adapters.  Like the name implies, these are Japanese Market Recaro rails, they do not officially sell these in the USA. I initially was going to run Bride RO rails, but after asking around and talking to people that ran Bride RO seat rails on bottom mount Recaros such as SR6 or SR7, the conclusion is that the seats sit too high on Bride rails, higher than stock!  I picked these up used from Yahoo auctions with my seat. 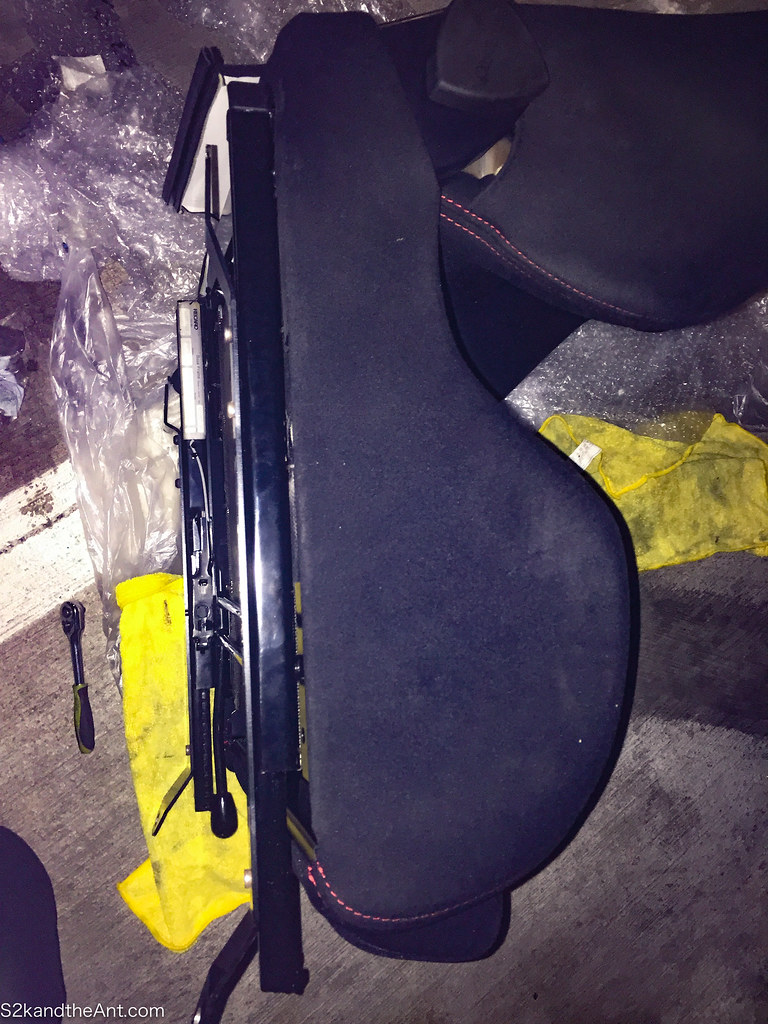 The Recaro Japan Seat Rail bolted onto my seat PERFECTLY.  You can tell Recaro did their research for the S2000, since on the passenger side, the adjustment lever is short and bent on the right-hand side to accommodate the hump in the floor pan. 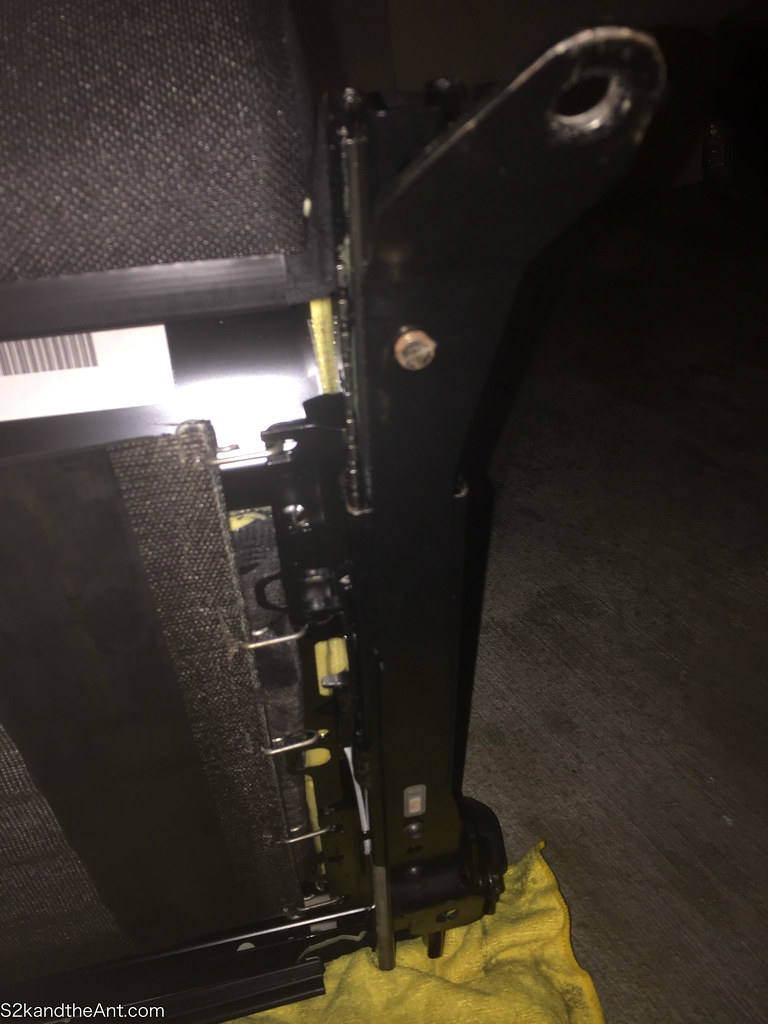 The Rail fit perfectly, even the adjustment is OEM like.  I’m pretty sure Recaro makes the OEM seat rails.  I know they make the OEM S2000 seats. 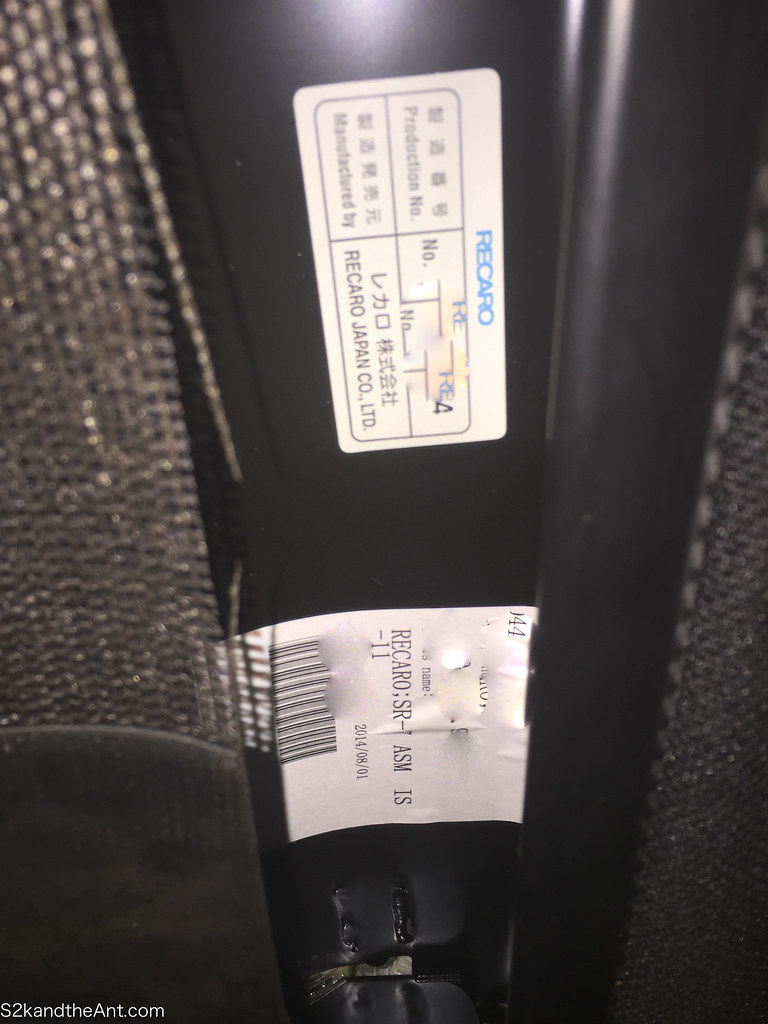 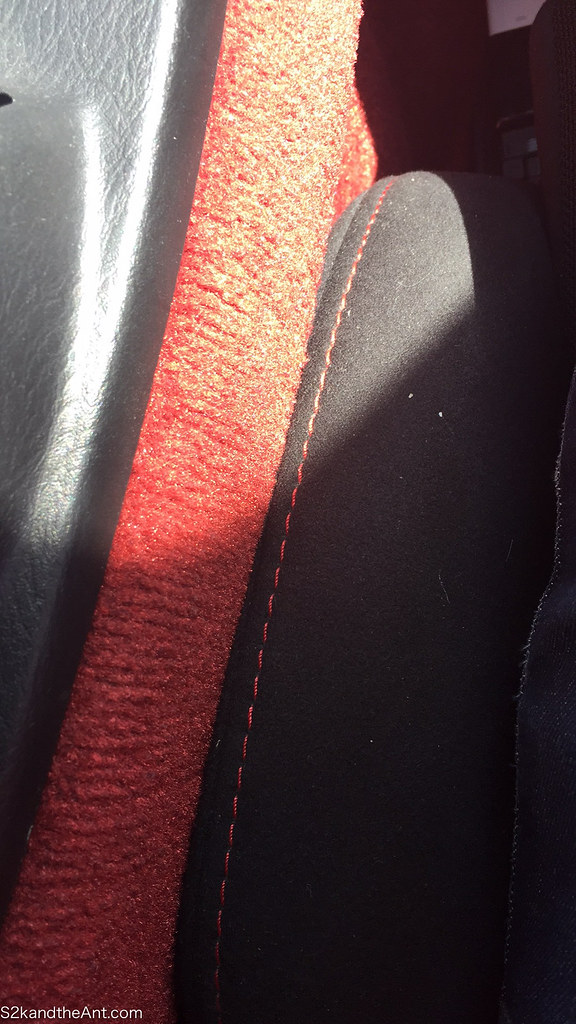 I like to give a detailed review of these products, because when I did research, I found out that there is very little information out there on this setup.  Finding out the correct rail to buy was half guess work, half logic.  I was looking for specific bottom mount Recaro rails, but I saw there are only two types Recaro Japan rails out there, and the other one is the Ultra Low edition that is side mount only. This is the clearance between my center tunnel and the side Bolster.  The clearance is just millimeters, it touches, but it doesn’t push up against the center tunnel hard. 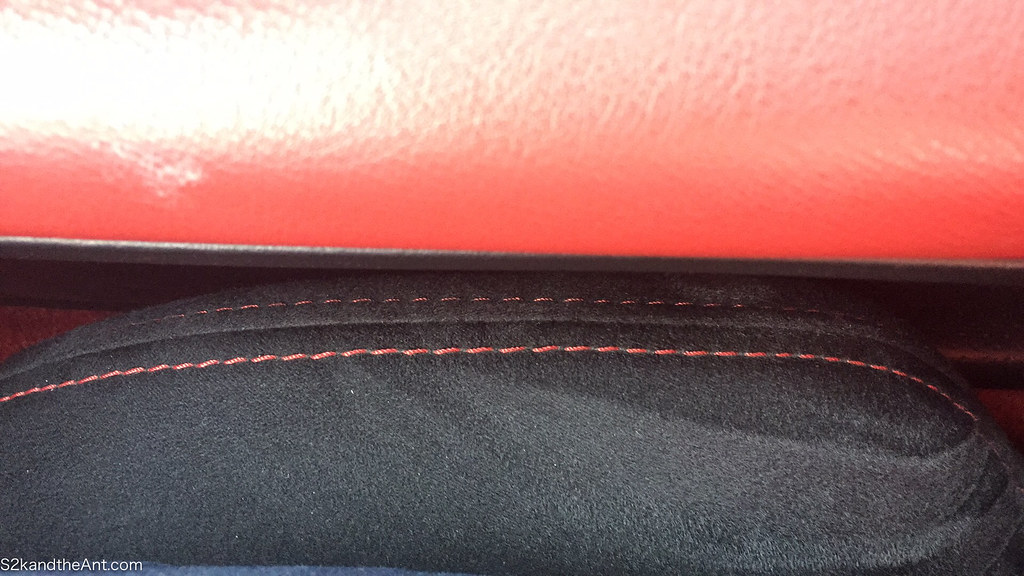 Between the door panel and the seat. 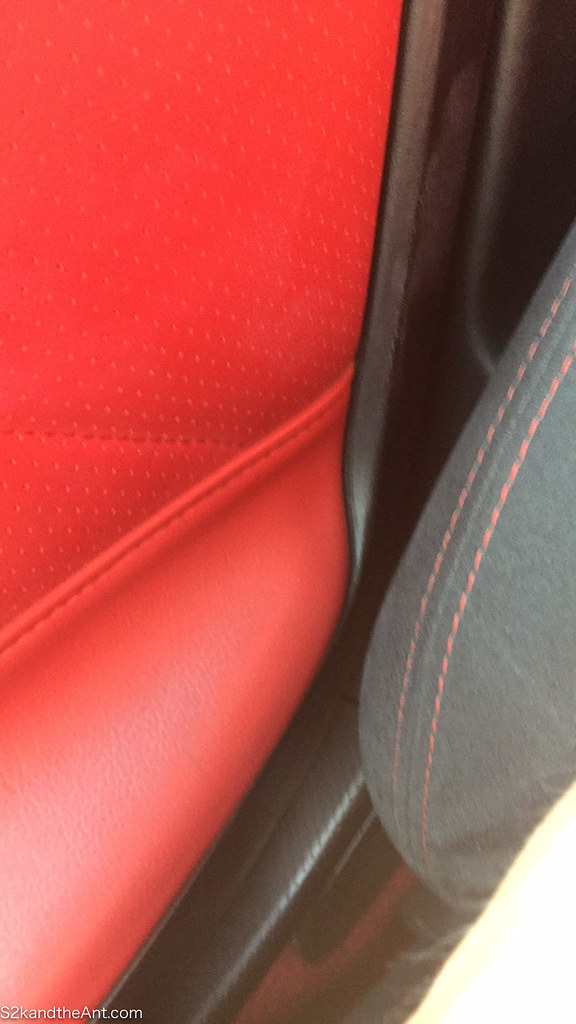 The side bolster and the door panel. Plenty of clearance. 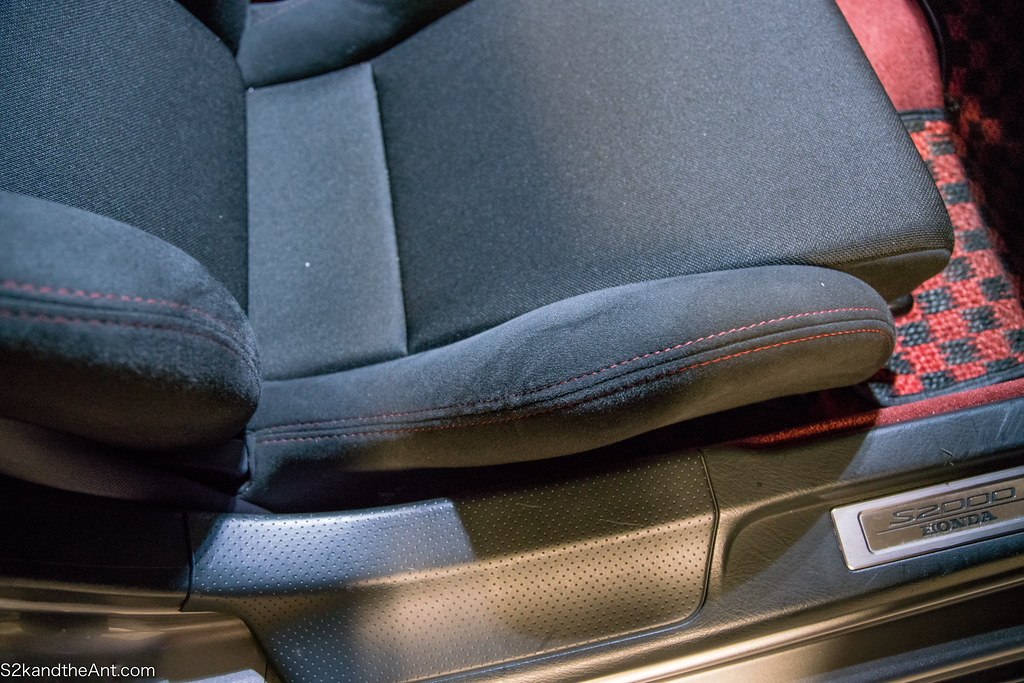 Door side Bolster, taken with my DSLR. 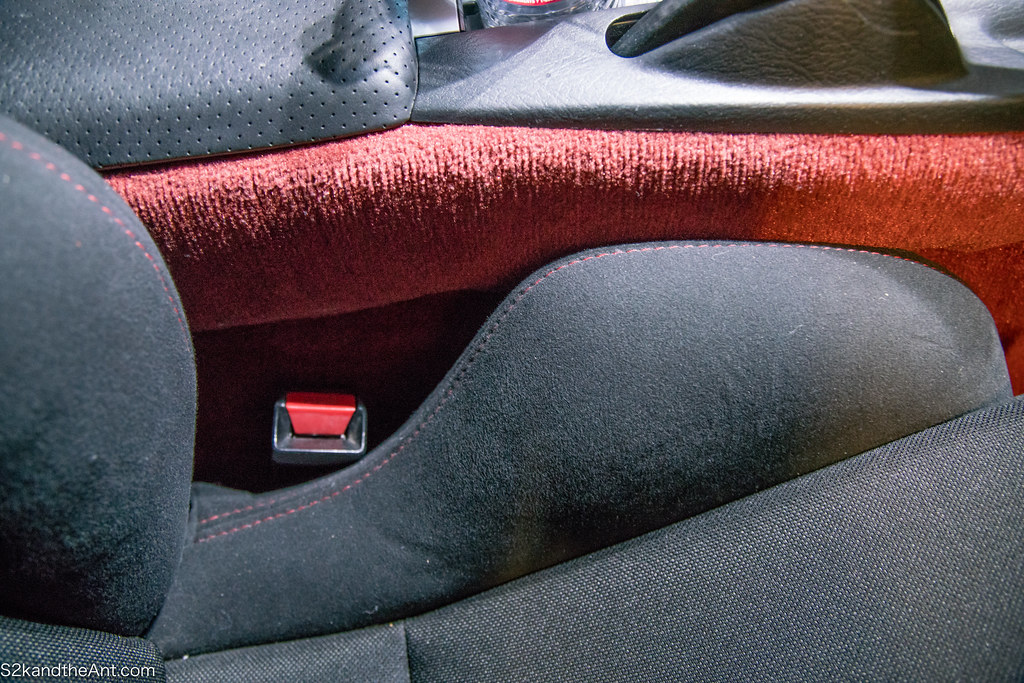 Side bolster to center tunnel again. I know I gotta upgrade that carpet center console cover, it looks really bad….. 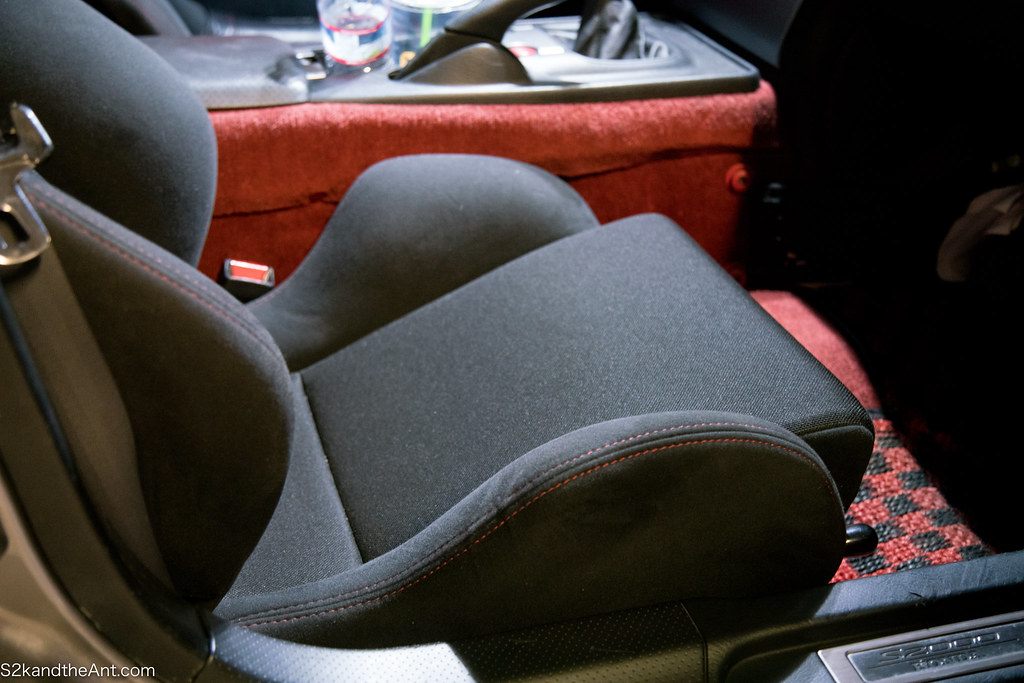 I love how the Red stitching matches with my Red/Black theme I have going on in my car.  I actually think that the Recaro SR7 is the same seat as the Mugen CRZ seats, the Mugen MS-Z….. I could be wrong 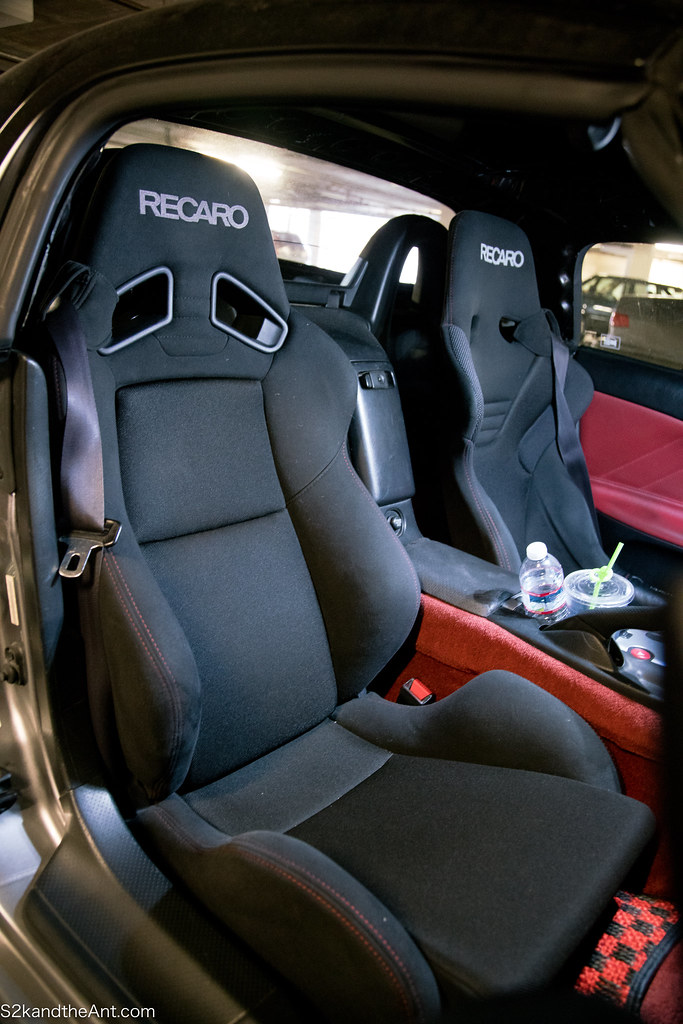 Full money shot of the seat next to my driver’s side seat.  I want to replace the center console cover and armrest to really clean things up.  Oh yeah, I sold my rollbar and put my interior back in…… things are coming to change that soon.  If there is any knock on this seat, I do feel like the head rest area is too hard, not soft and bouncy like my RS-G.