This past weekend I attended my first track day EVER at Button Willow Raceway. I was invited by my friend to see off our buddy, S2k racing pro Alex Peng. The track day was hosted by Extreme Speed, one of Southern California’s most popular choice for track days….This day was definitely a day to remember….

I left early in the morning, around 5:30am, Extreme Speed request people to be at the track around 7:30am. Button Willow Raceway is exactly two hours from my house without traffic. I had to make a few stops on the way to BW, one stop was the bank, since I needed some cash for the entrance fee and the second stop was a gas station right outside BW because the gas at BW is extremely marked up, like $2 more than usual. If you just need 91 Octane, I would recommend purchasing it outside the racetrack, if you require anything higher than that, BW has that all onsite, including racegas.

This was my first time ever running a real track event. I’ve done a few autocross events prior on the East Coast. Track days are around $300 on the East coast, but on the West Coast you can sign up for a track day around $100. ExtremeSpeed seems like a popular choice among drivers since they are one of the cheaper groups, but the downside is that they seem to over book their events. Not only were they hosting an ExtremeSpeed track day, they were also hosting a Vtec Club event in parallel with the Extreme Speed track day. My Beginner class alone had 20+ people signed up. I showed up to the track day, met up with my friend and went straight into the driver’s meeting. Most of the trackdays in California are self-tech, which means that you are supposed to tech your own car, there is no one at the event that will go over your car. I thought this was interesting, but then again the price I paid……I checked my lug nuts, oil, coolant, and off I went.

For the beginners, they first make you do a lead follow run. Basically they make you follow an instructor car in your car Indian run style, the instructor is in the front and there are 4 cars behind the instructor and after every lap, the first person behind the instructor goes to the rear of the line. This lead follow is so that the drivers can learn where the correct line in the track is. For me this didn’t really help much, luckily my friend was in the car telling me which lines to take.

After the lead-follow session, the next session you can run by yourself or if you want ask an instructor to sit in the car with you. I had my friend instruct me for this session…. going a bit faster was scary…. to me this was not like autocross at all, going 80…90….100mph vs. 3-4 gear in a parking lot is completely different. Although my friend was trying to help me out, I still did not feel comfortable with my car. I was still making stupid mistakes, such as braking while turning and spinning out my car…. The entire session, I didn’t have one clean lap, I kept spinning out the car for one reason or another….. I need more seat time to become more comfortable with the limits of my car.

The next session, I went by myself, and man was this a bad idea…. I had no idea what I was doing on the track. I felt like I was a danger to myself and the people around me….I should of grabbed an instructor. I spun out a few times and luckily did not caused any accidents, but I was close. It’s crazy to think they would let people with no track experience just go on the track, but then again, cheap track day…..

Towards the end of the day during an Advance session, a driver passed away. He had an off and went into a flagging station. The driver was an instructor and the passenger was the owner of the car. The car was an E46 M3 and the owner had years of experience, over 20 years+ experience! RIP Ivo of Renner Motorsports.

This really made me think about safety, the car was impacted on the passenger side, but the driver passed away…. Usually when we think about car collisions, it always head on, but lateral moment also kills… This made me think “maybe I should look into getting a Hans device…..?”

Now on to the pictures….

My Buddy Chris and I 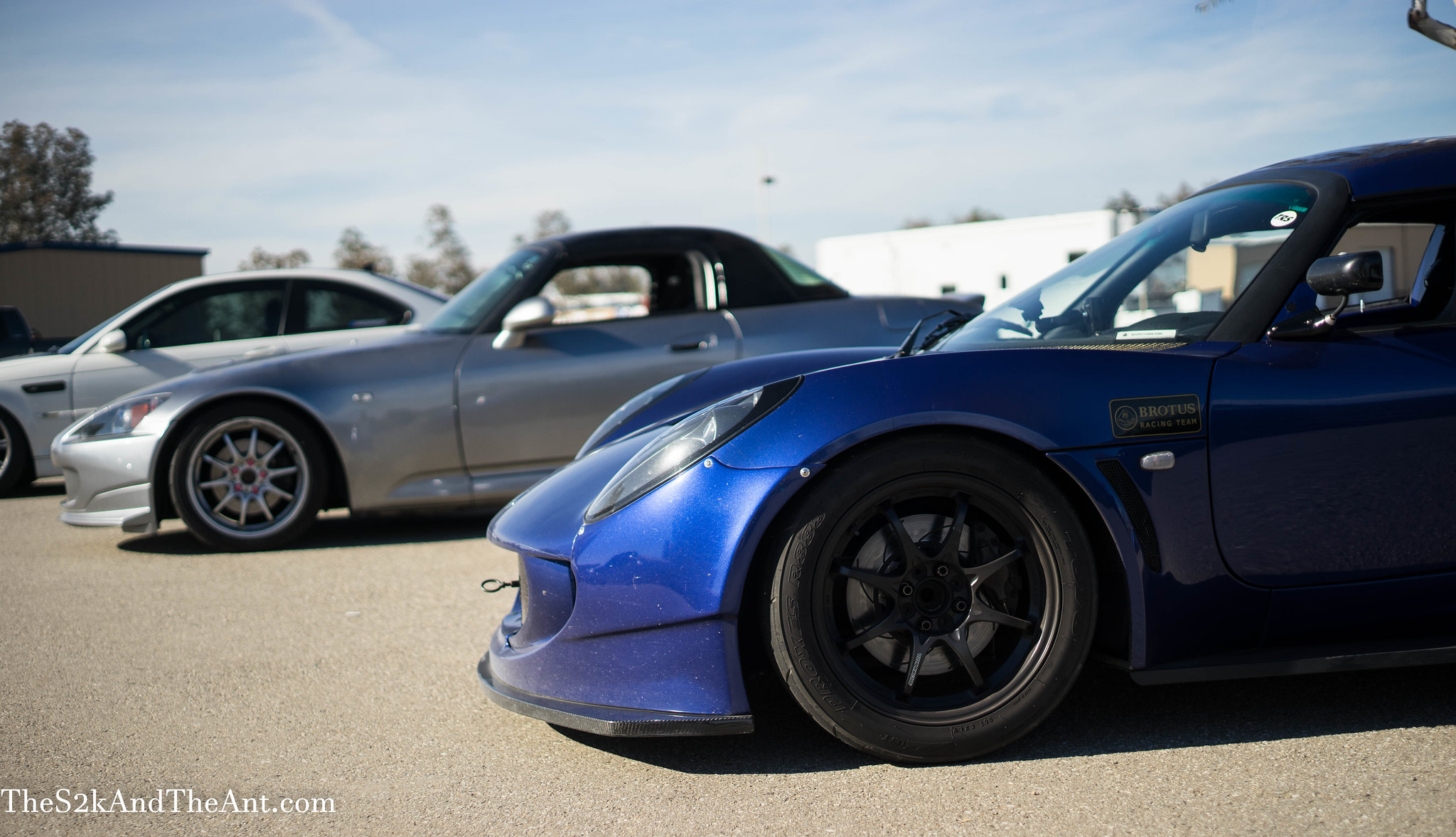 You guys might know him from his feature in SpeedHunters

And of course my car with CE28 in the back there…. 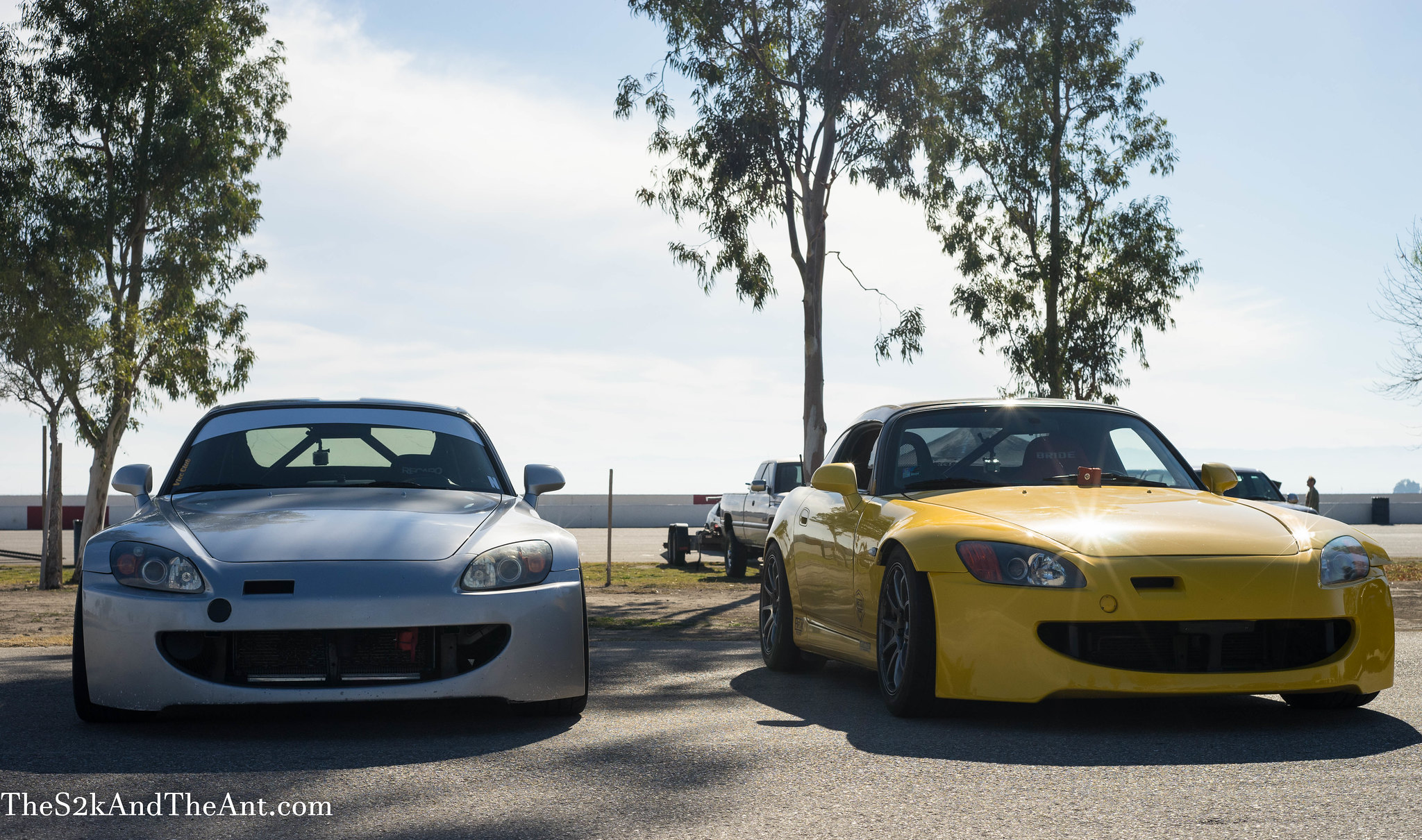 Clement with his Fugen Bumper and Legit J’s Fenders… He was posted in a meet awhile back…. 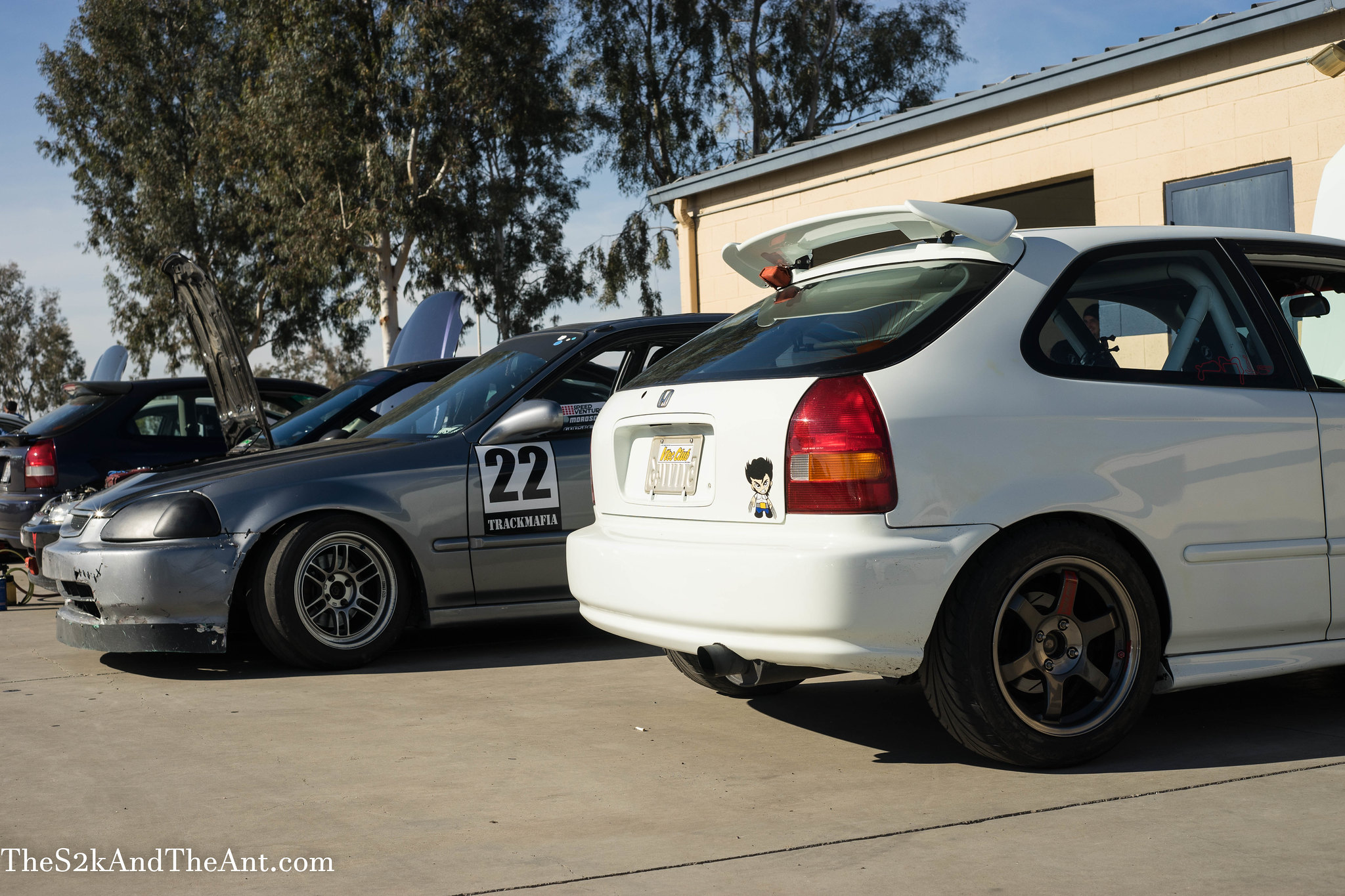 A couple of Mean Civics…..I like the TE37SL on the white one 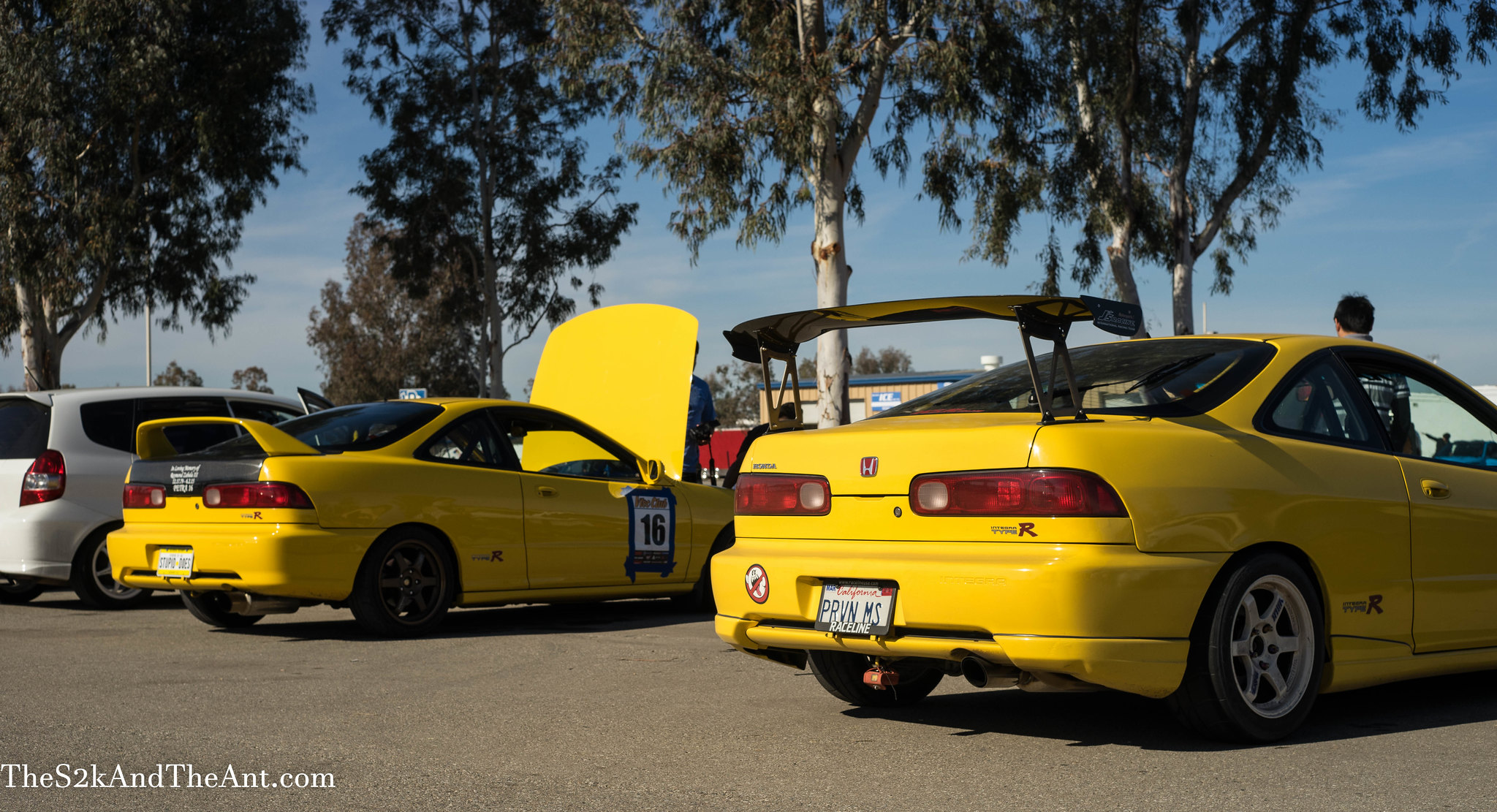 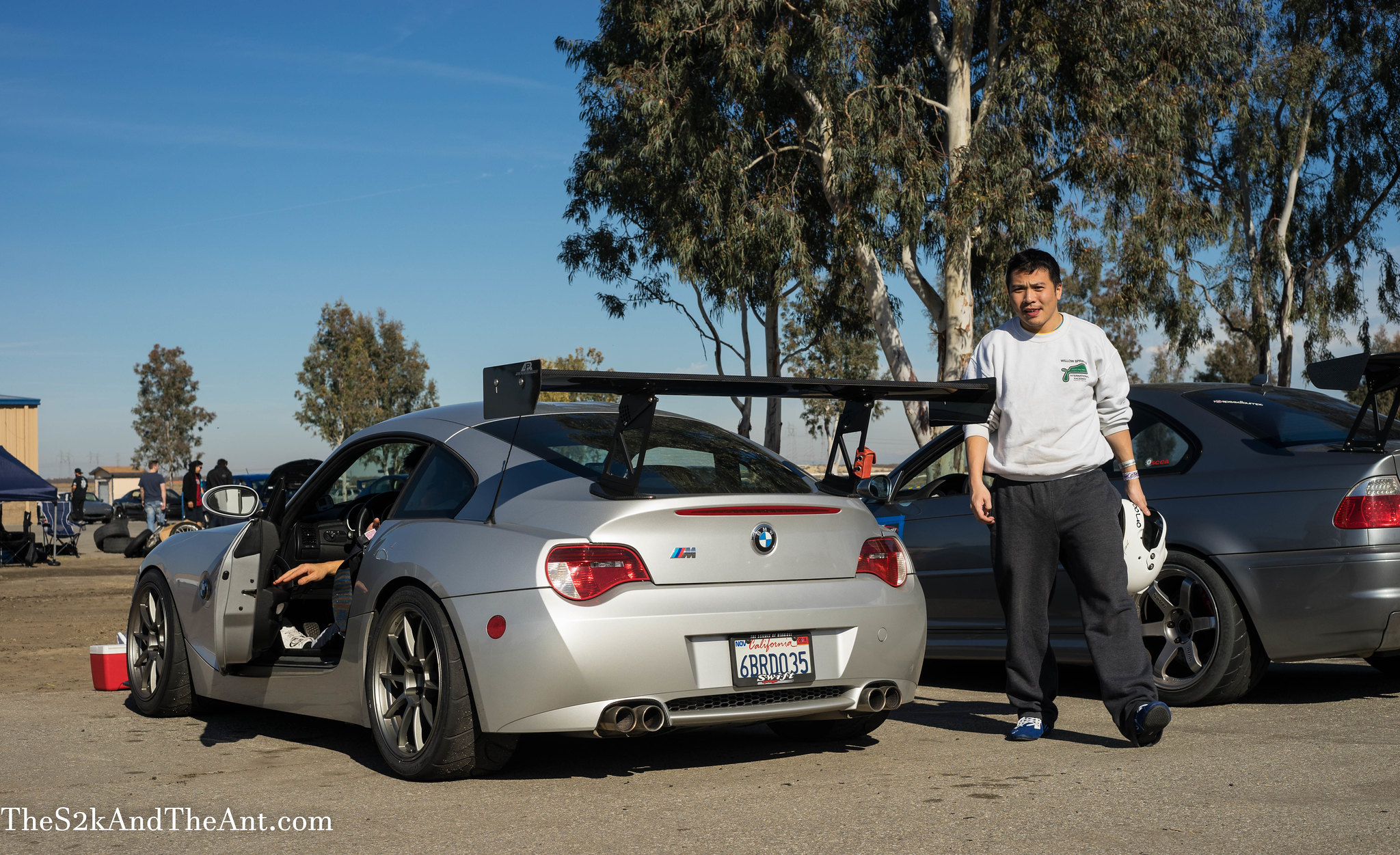 Alex, the man of the hour getting out of this Z4m Coupe 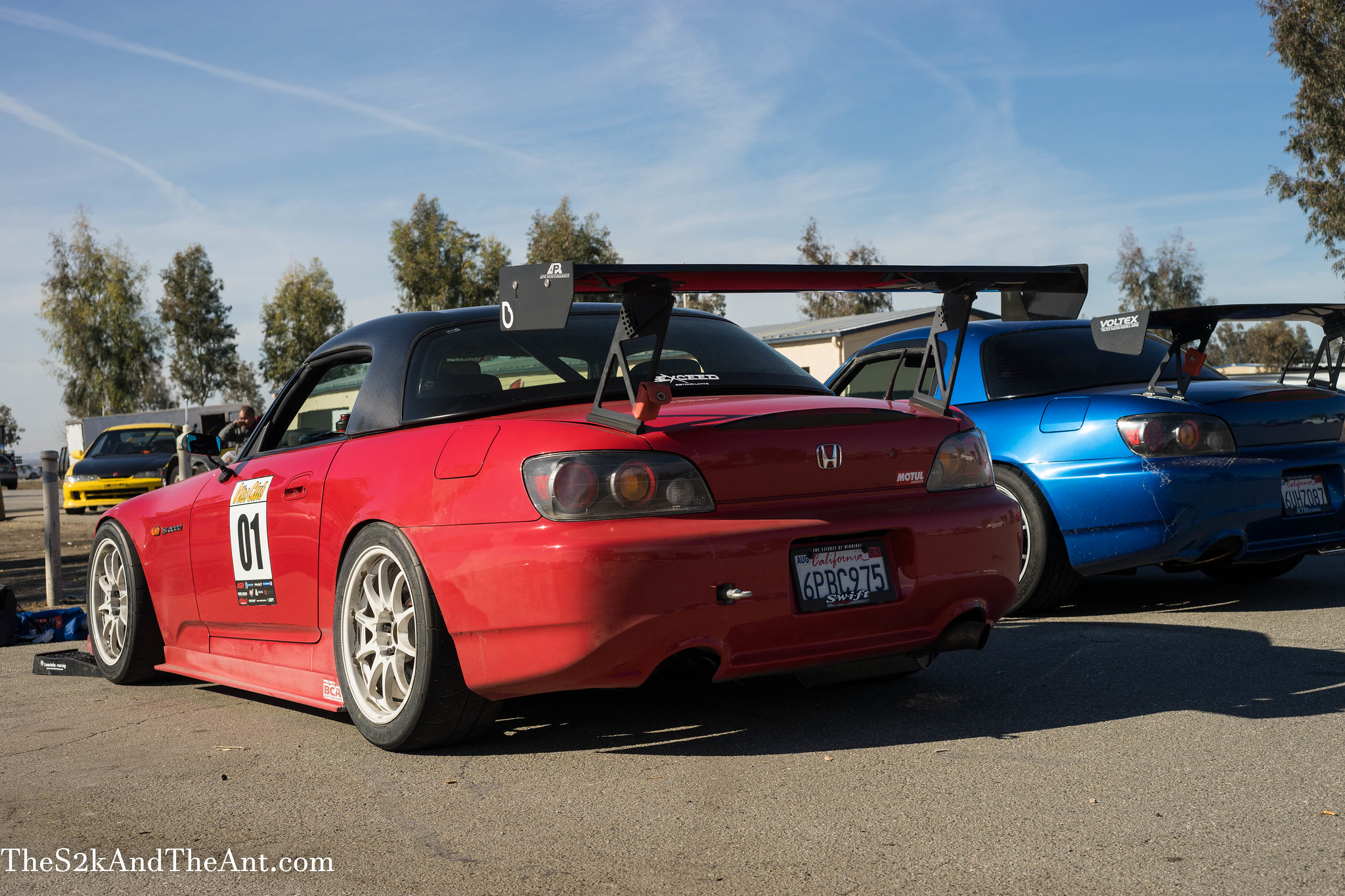 A few More S2Ks, the Leguna Blue S2k had a pretty big off and was running in Beginner class with me…. 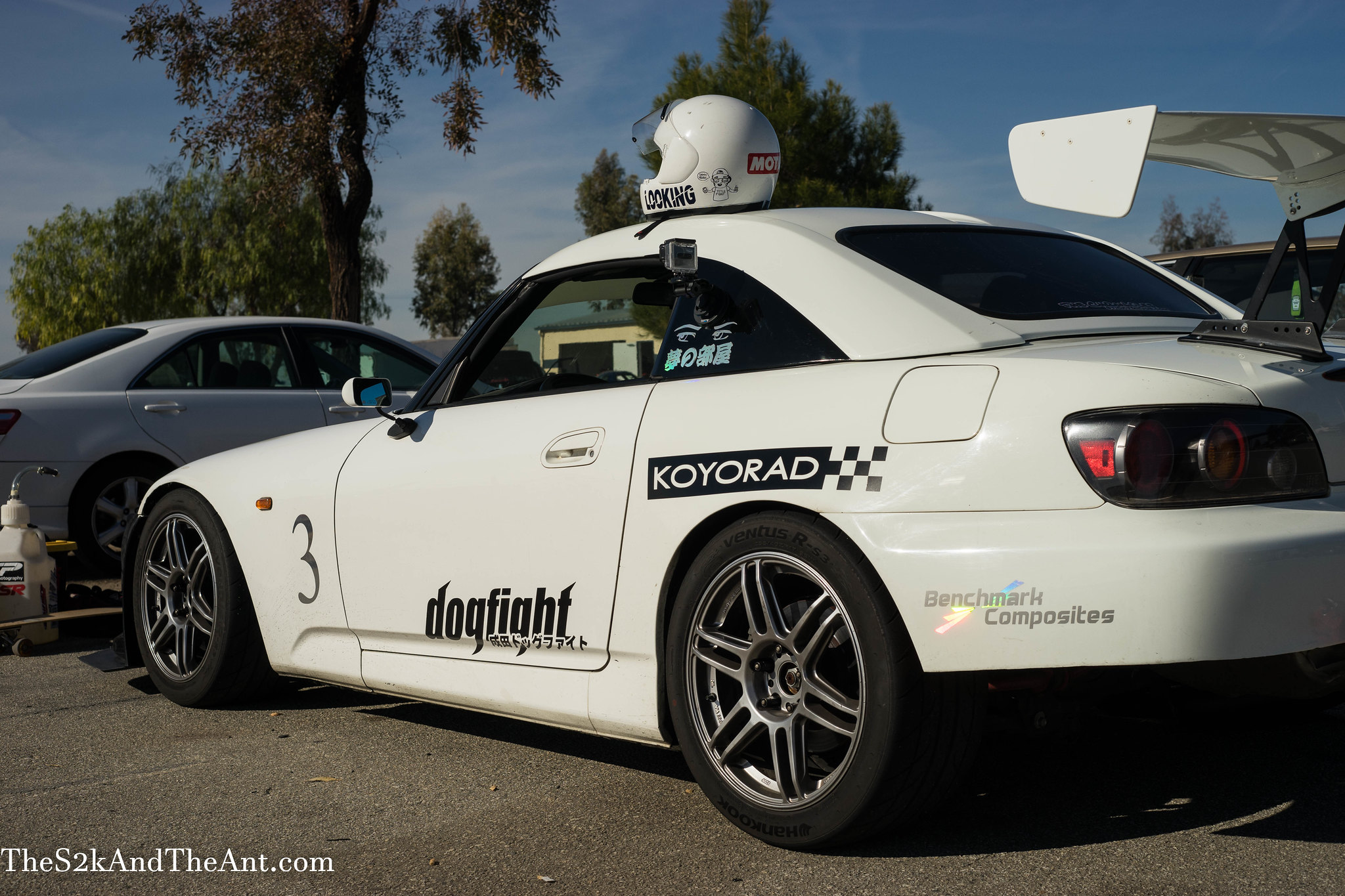 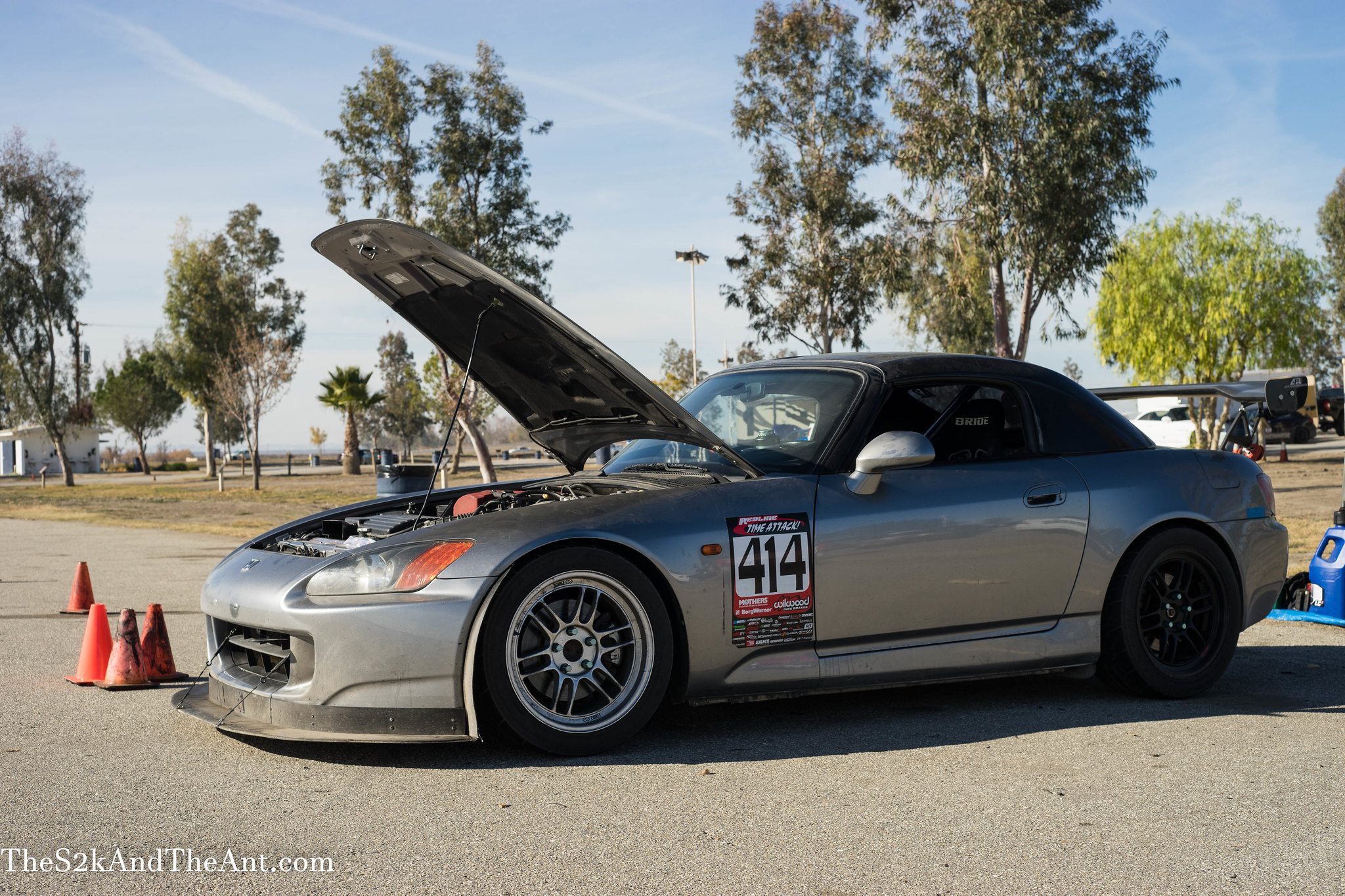 S2ks were out in full force 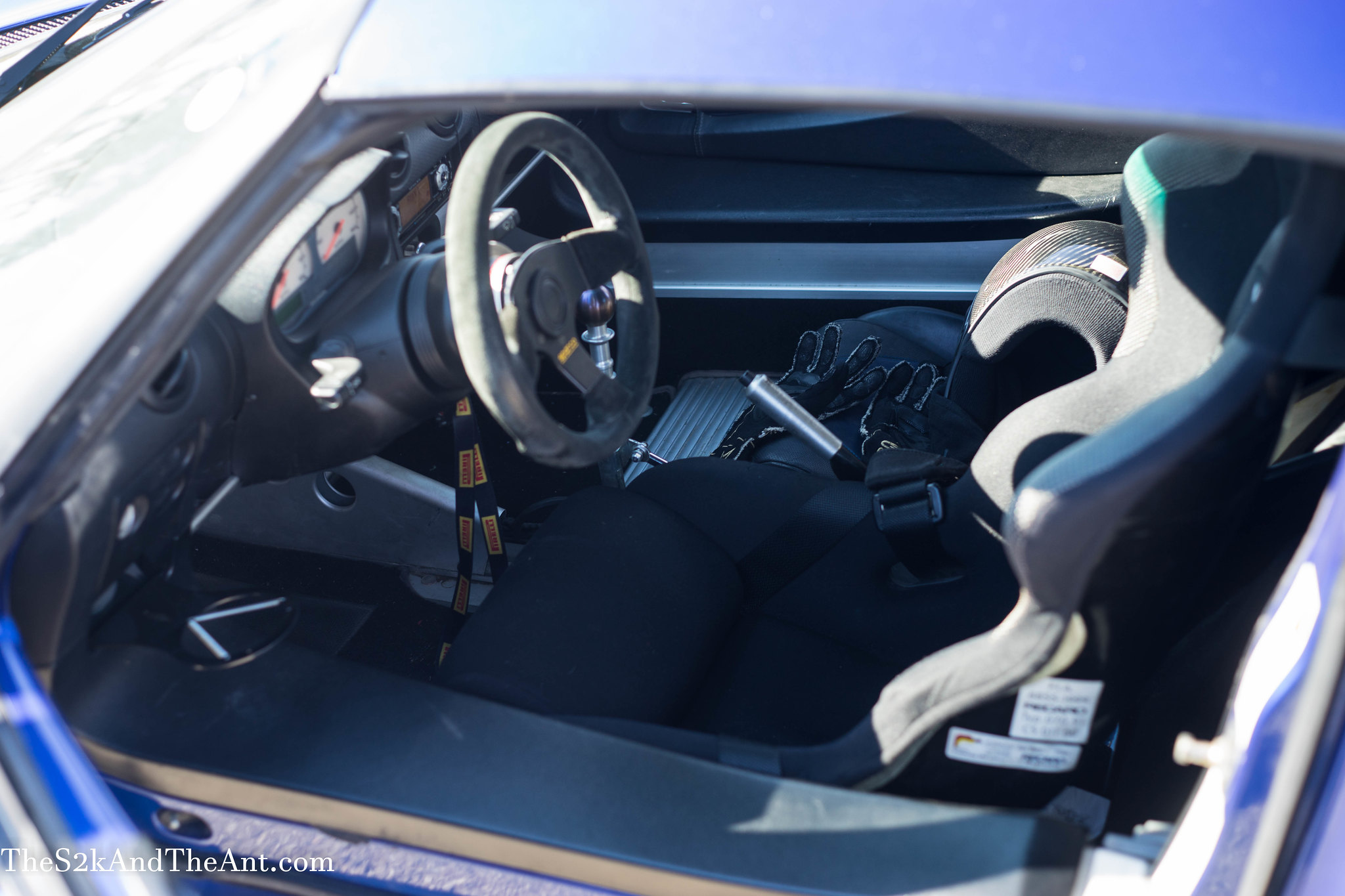 The Interior of the Lotus is pretty Spartan 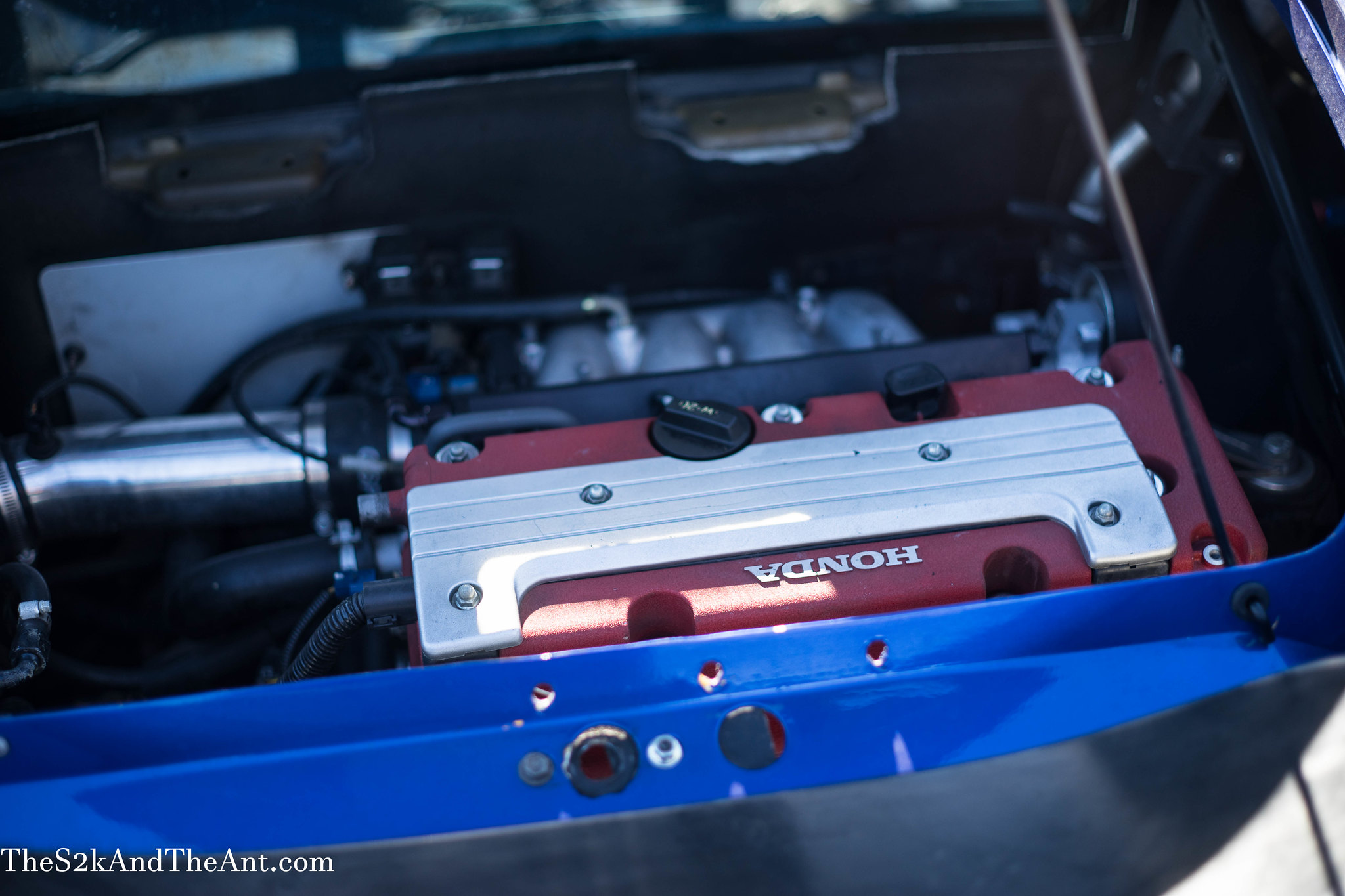 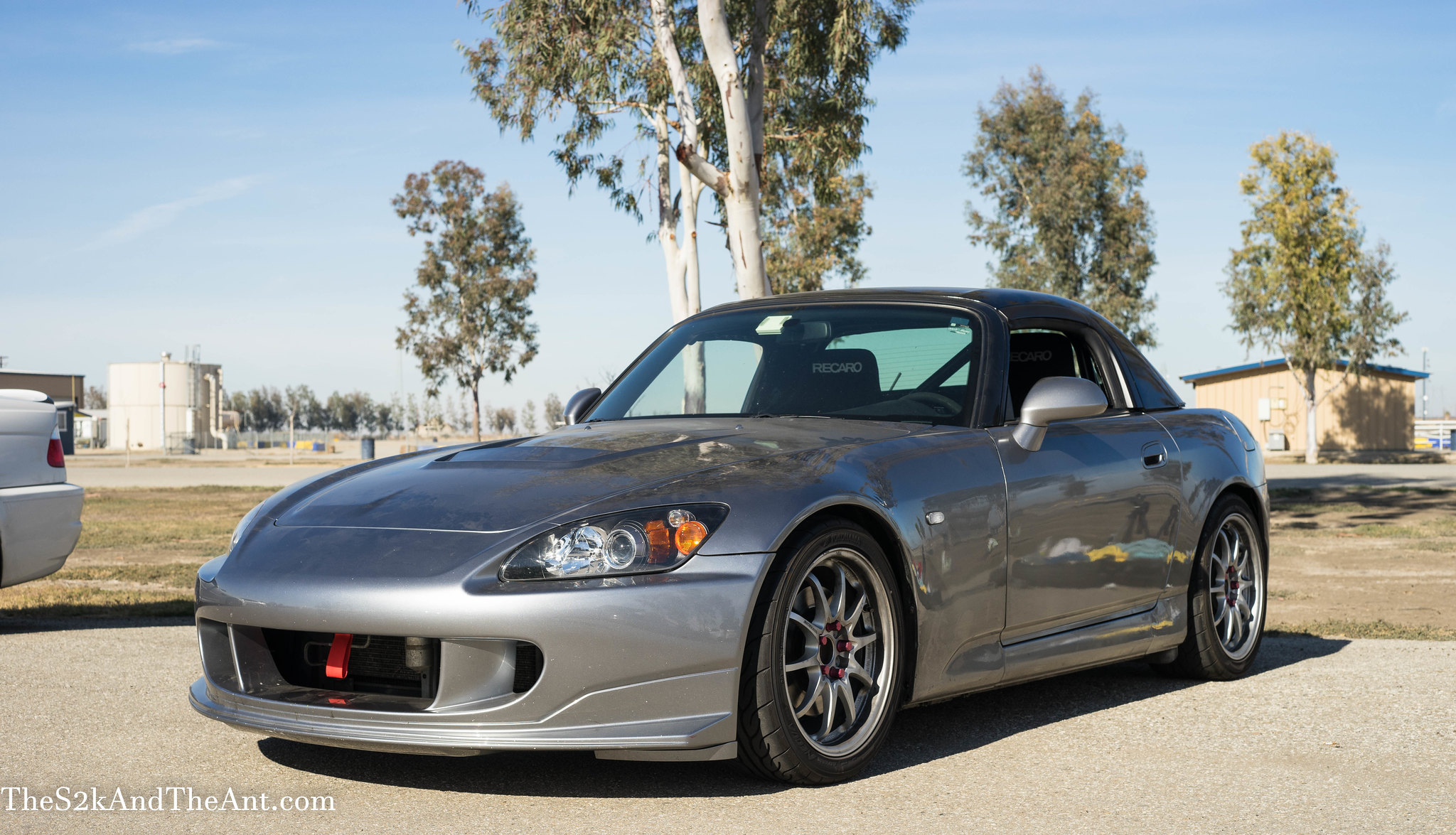 My car in it’s current state……Almost caused a few accidents…. 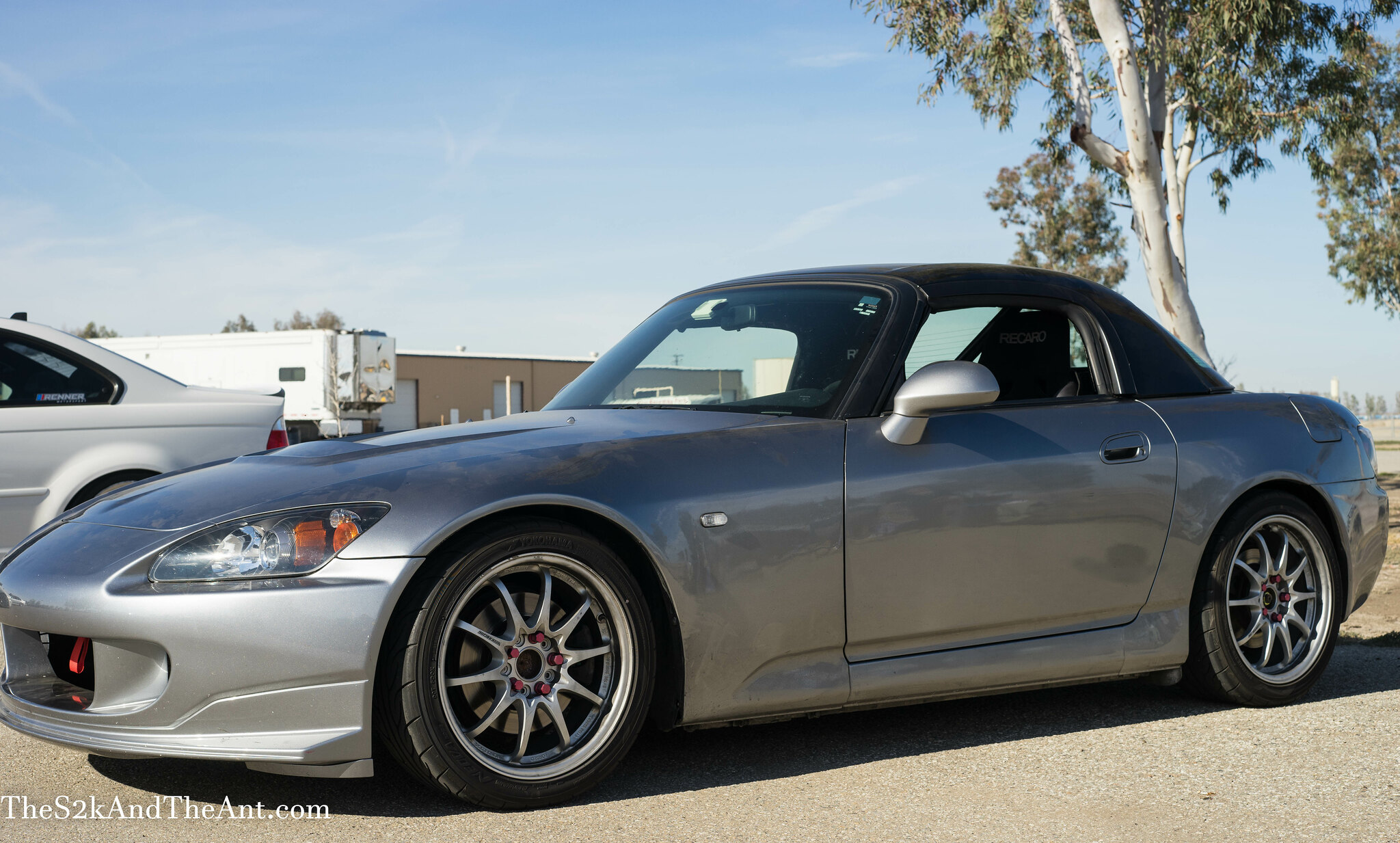