This past Saturday morning I decided to check out the Winter Drive: Auto gathering at Santa Anita Park. Winter Drive is a car meet and Toy drive for kids this Christmas and Santa Anita Park is actually home to a Horse Racing track, the Venue is huge and can accommodate a tremendous amount of cars. Luckily for me, Santa Anita park is only a 15min drive from my place. The event starts at 10am, I got there around 11ish. The rule with these car shows is that you should show up early, like when the cars roll in. Usually the best cars show up around that time. As I was coming in, I saw a Ferrari Laferrari leaving the show…. I’ve seen like 3 of these things this year….Only in California I swear.

I left around 10. I met up with my friend and his Audi TT… I mean R8 and we rolled to the show together. It was in the mid 70s all afternoon, it felt like summer in Boston haha. 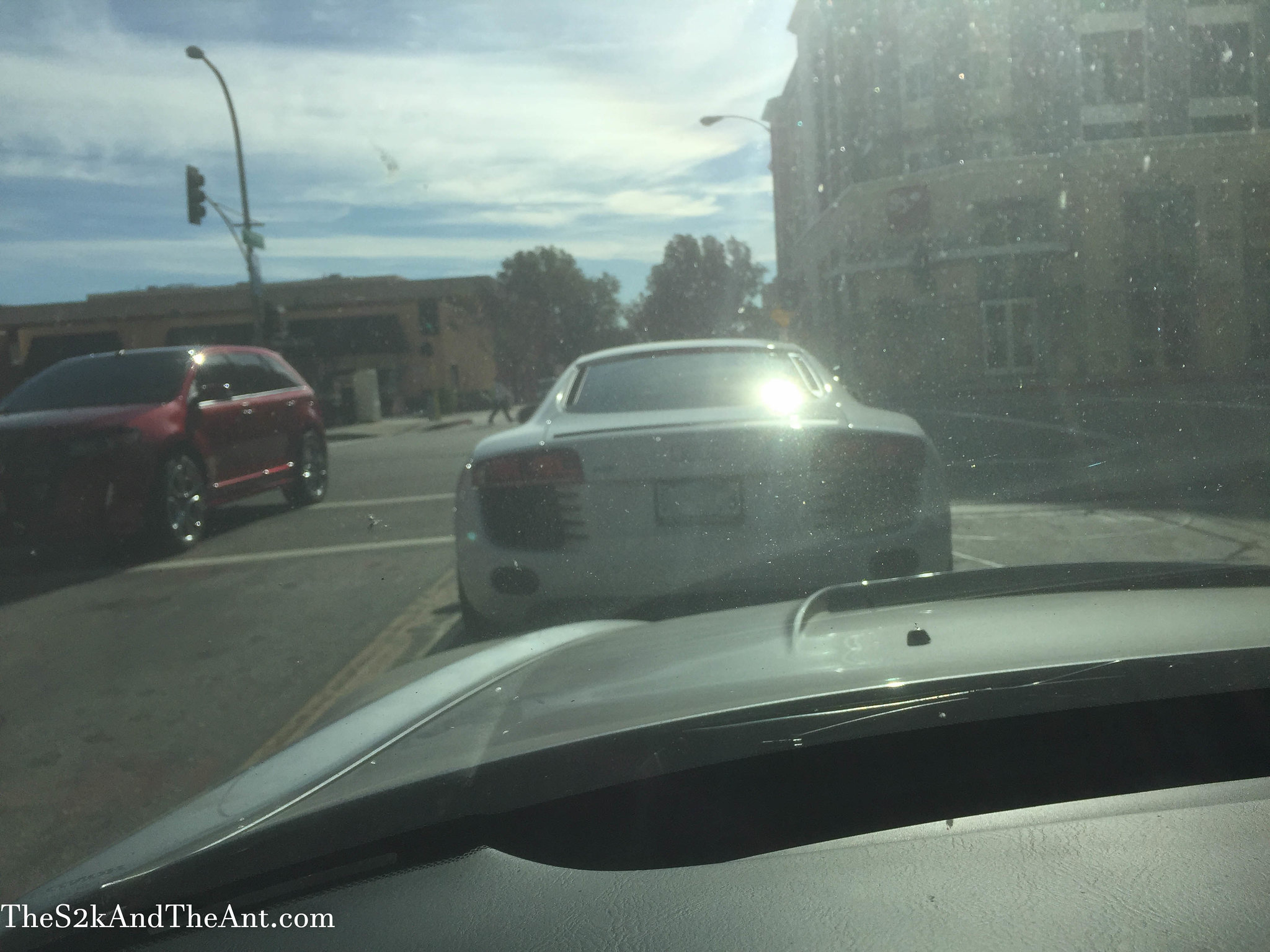 Sometimes I never know what to take pictures of at this car shows, I’m just overwhelmed by the shear number of quality cars there, I instantly become jaded…. 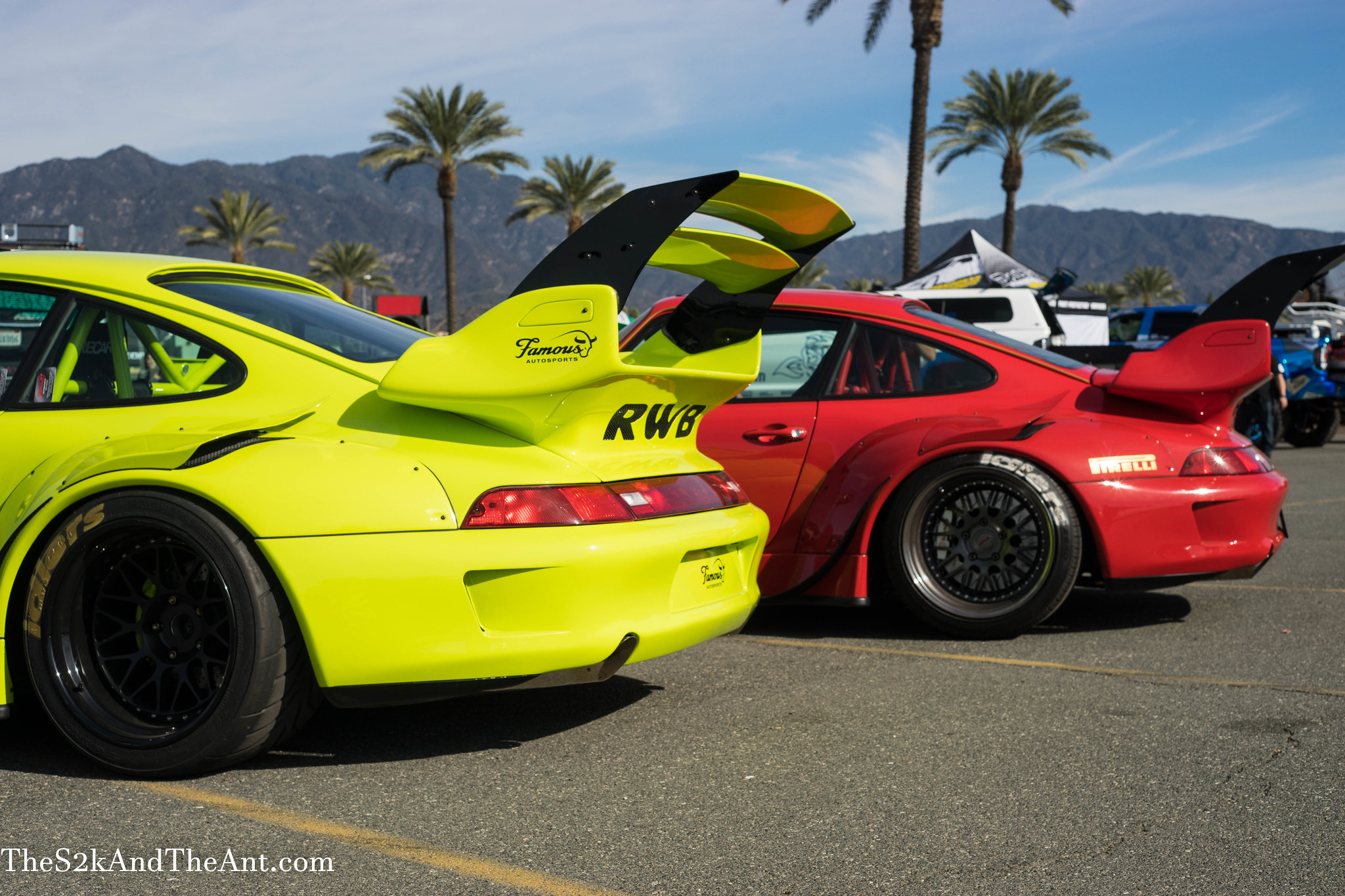 My first time seeing RWB cars in real life. They are….. Exactly what they look like online. I remember looking at Noriyaro.com years ago and seeing Stella Artois for the first time and being blown away, the rawness of the car, how wide it was, just seemed so cool. Now they seem a bit sedate and bit a cookie cutter….I still think Stella Artois is damn cool. 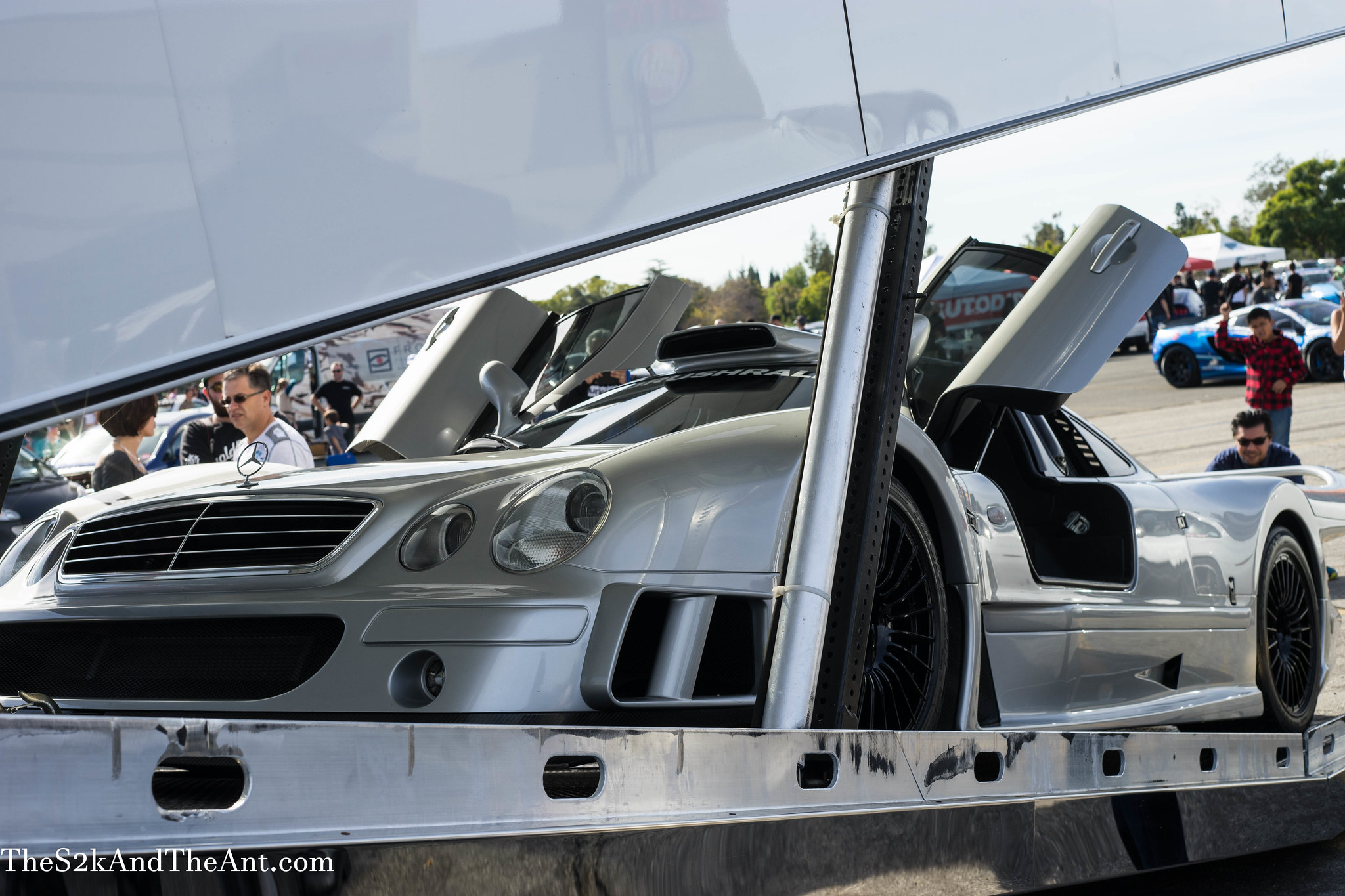 Not every day you see a Mercedes-Benz CLK GTR, especially at at car show. Crazy Crazy expensive…. I think <$3 Mil? The transporter is just as cool as the car. 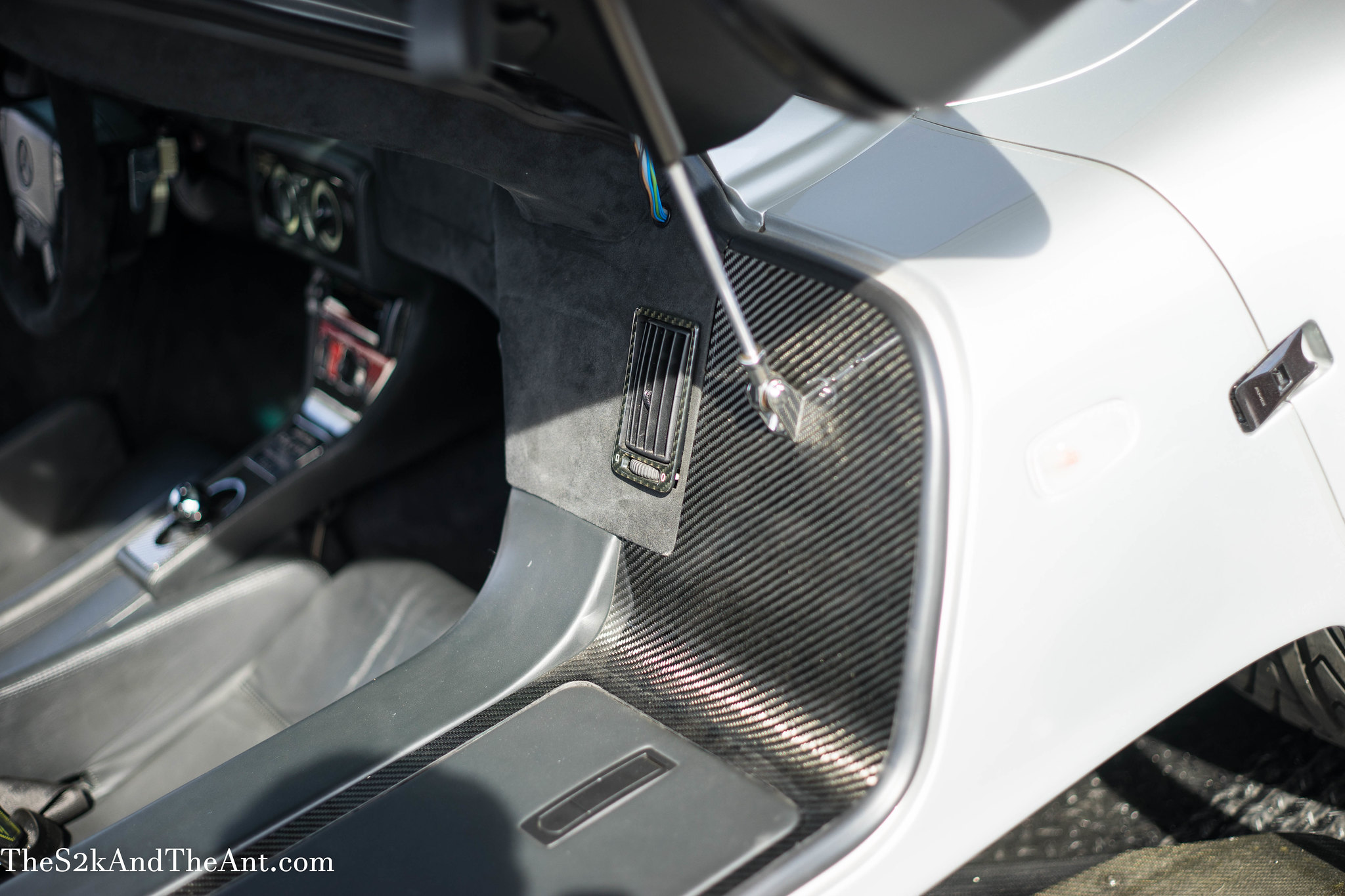 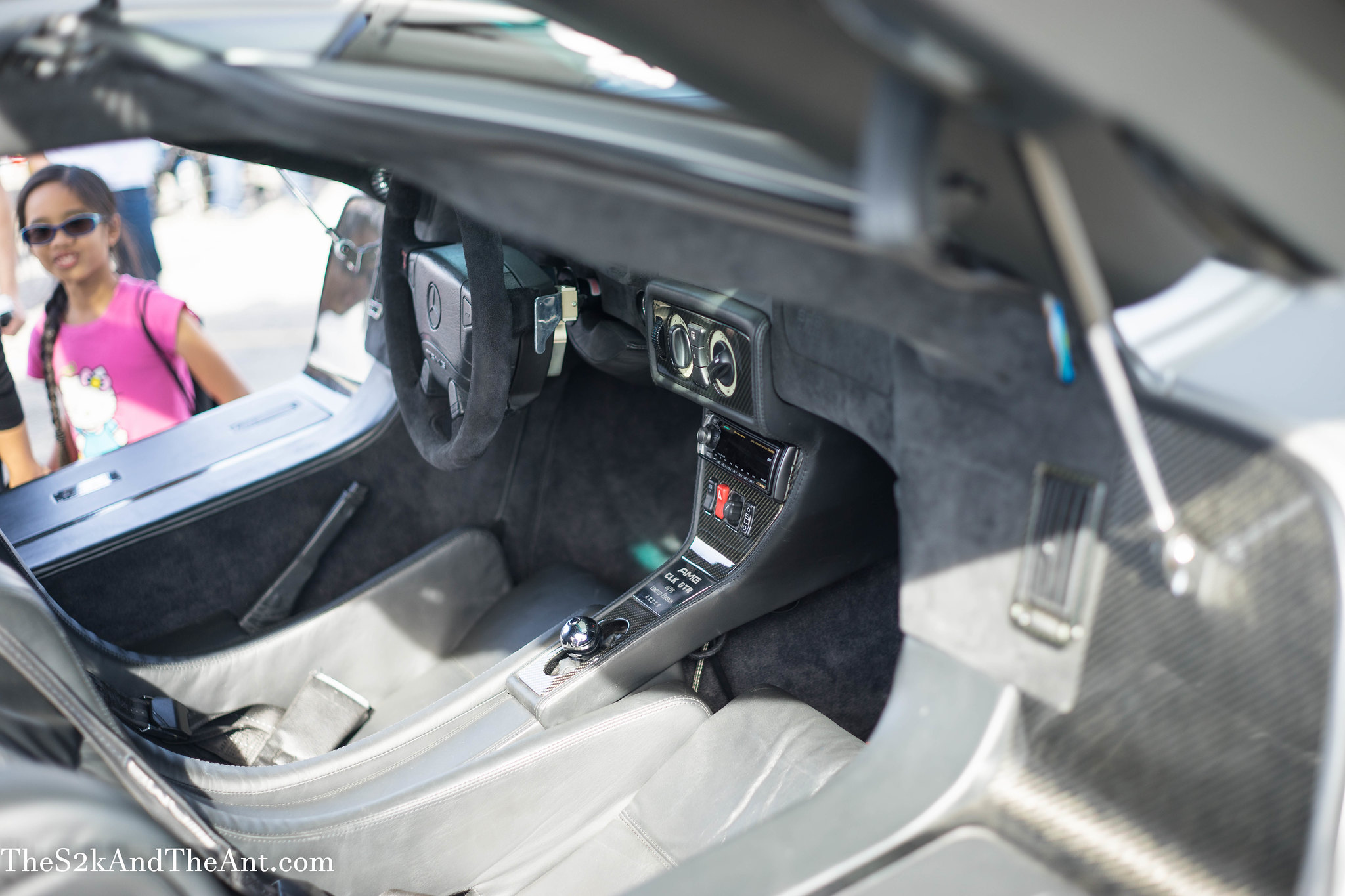 All smiles around this car 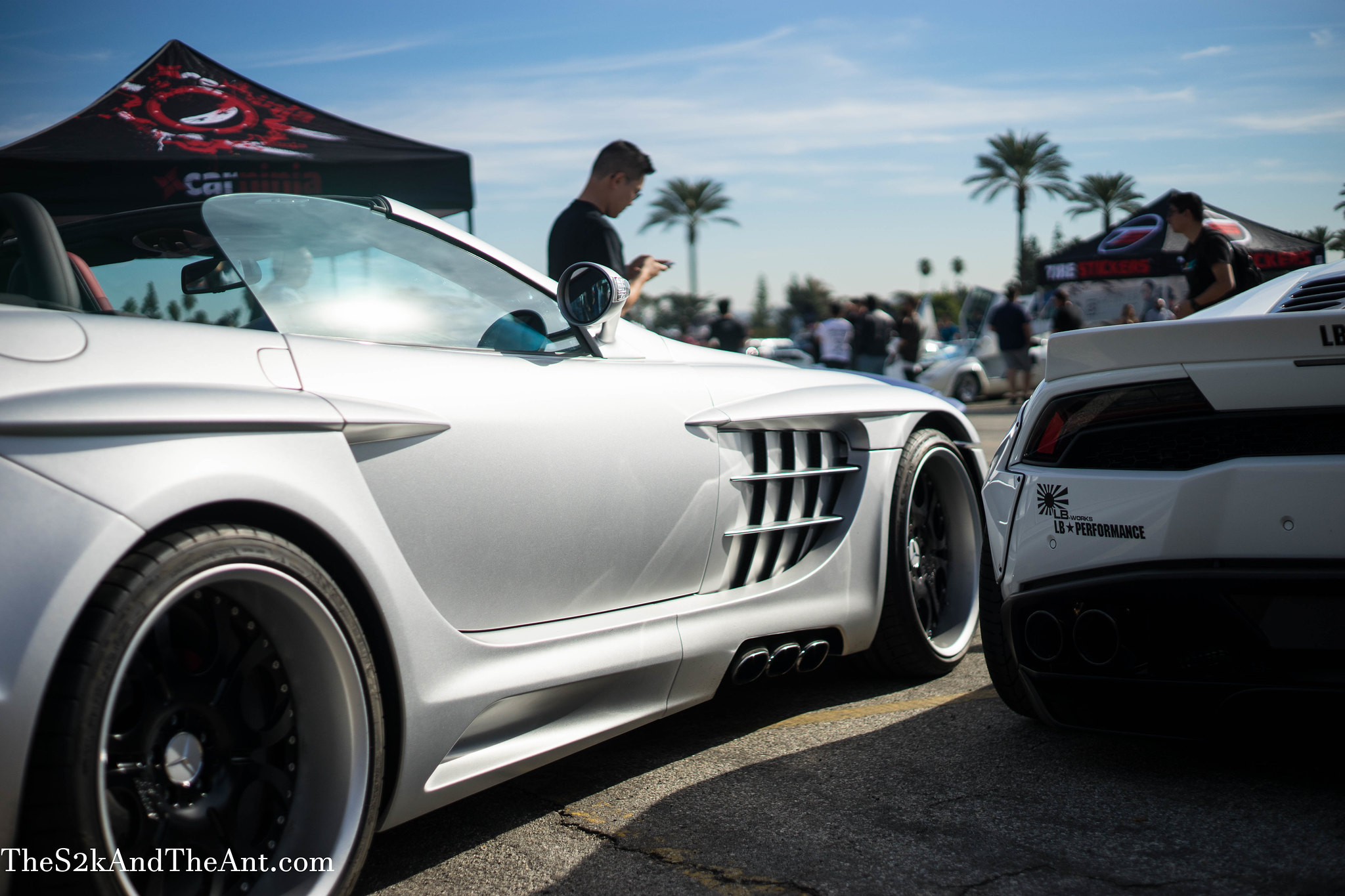 The Mclaren Merecedes SLR is another one of my favorites, even though Paris Hilton drove it for a bit….. I think I have a soft spot for the Silver Arrow….. It would look better without this kit. 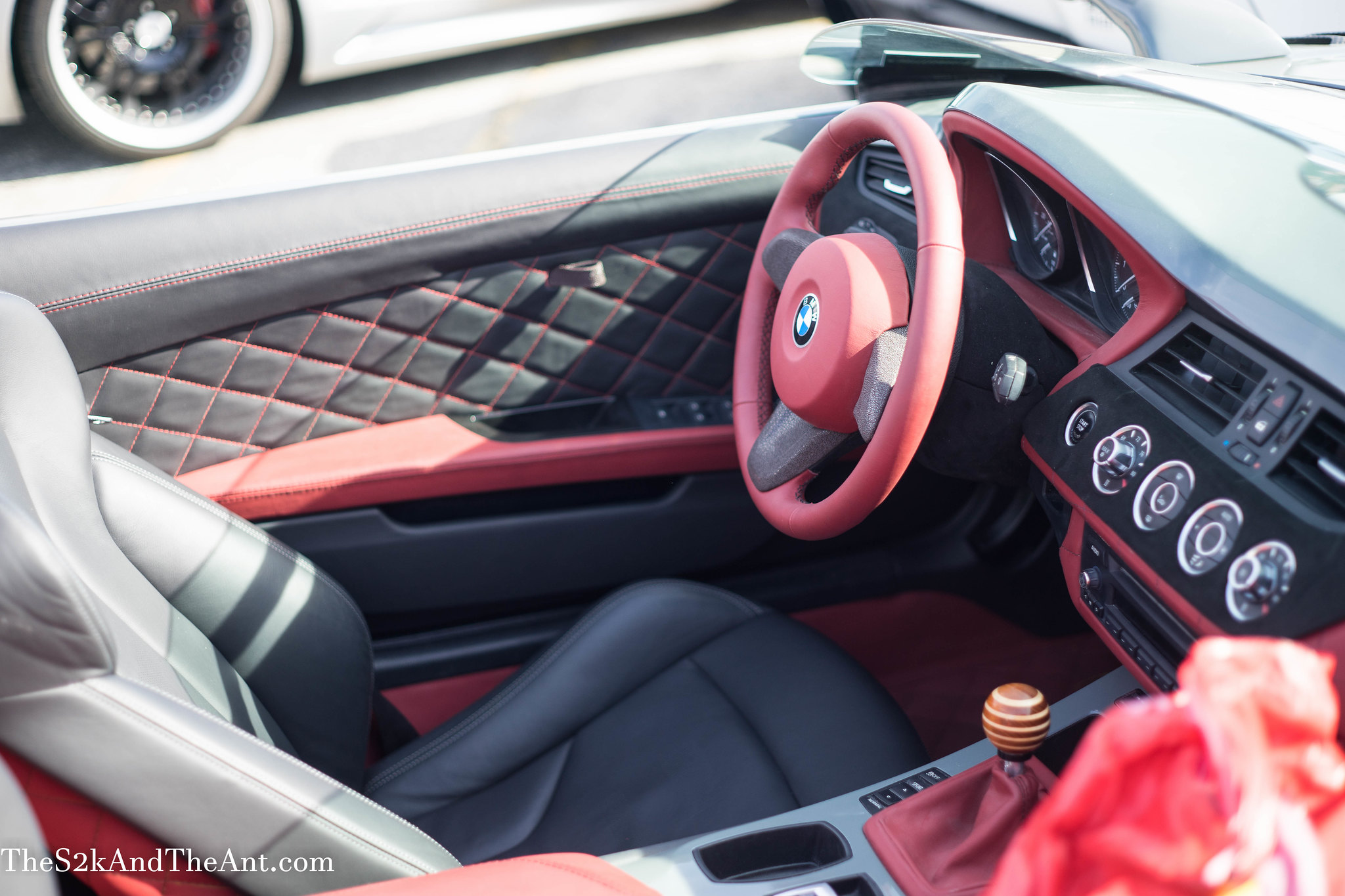 I like this “couchbuilt” BMW Z4 by Bulletproof automotive. The diamond stitching on the door panel is perfect. The wood shiftknob is a nice touch. Google the car if you want to see the exterior! 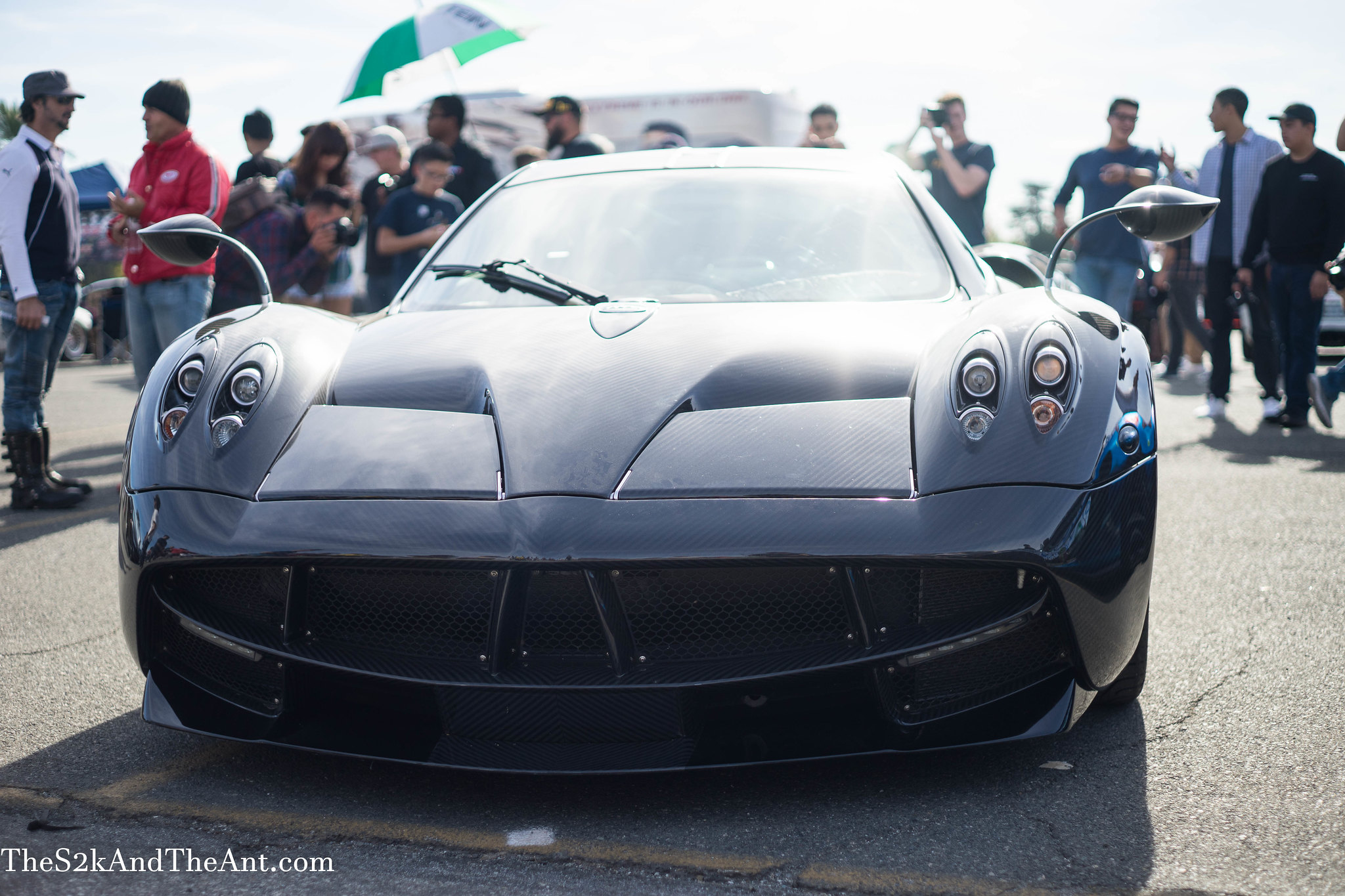 Out of all these high dollar cars, there was a small gathering around this Pagani Huayra. It was my first time seeing this in person and it does look magnificent. 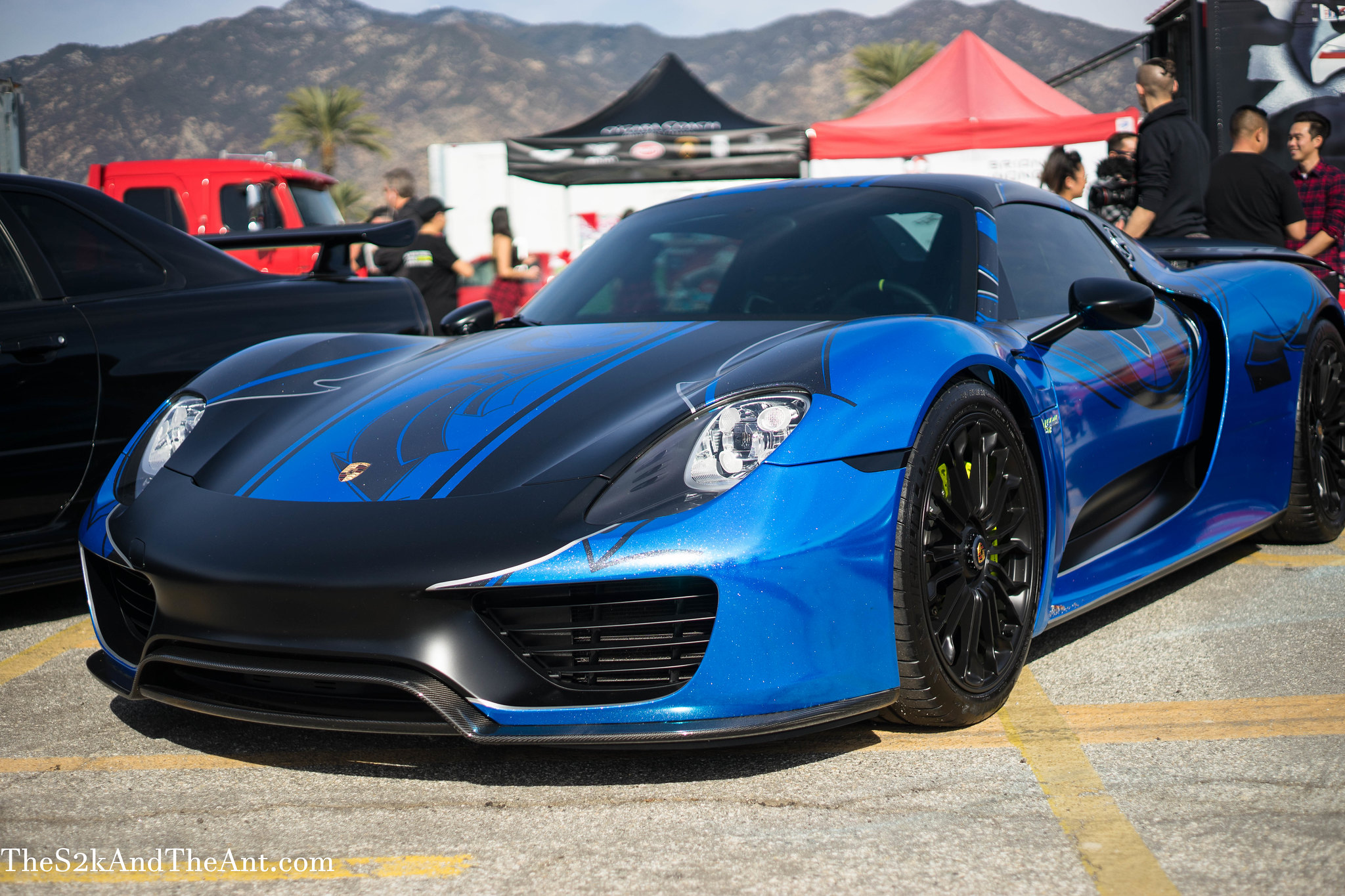 There were a few Porsche 918 in attendance. 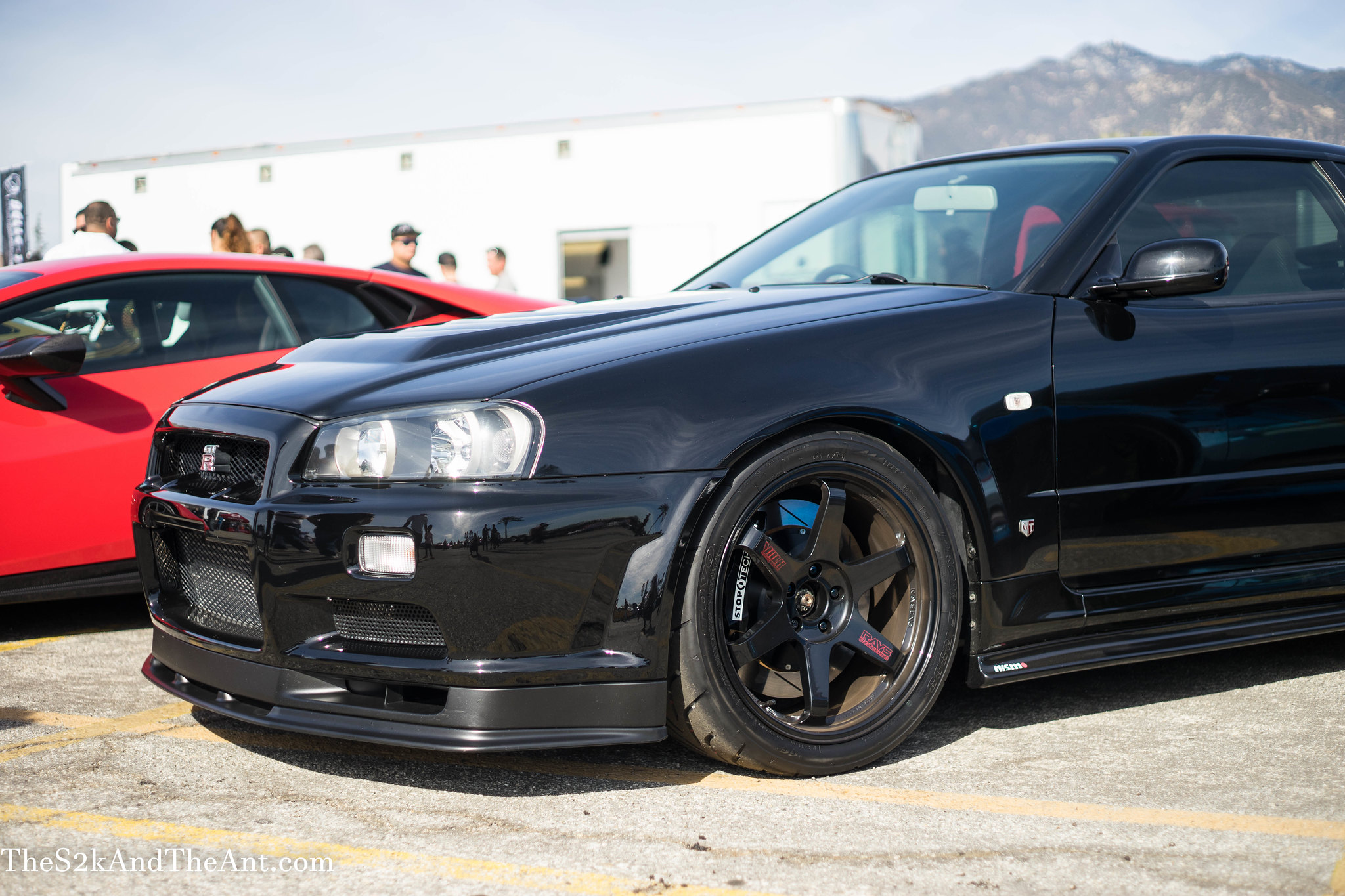 But I was drawn to this R34 GTR more. It was done up pretty nice, with TE37 and Stoptech calipers. It’s funny to think in Japan, an R34 GTR would probably not be in the same crew with a Porsche 918, but in the due to the rarity they can roll haha. 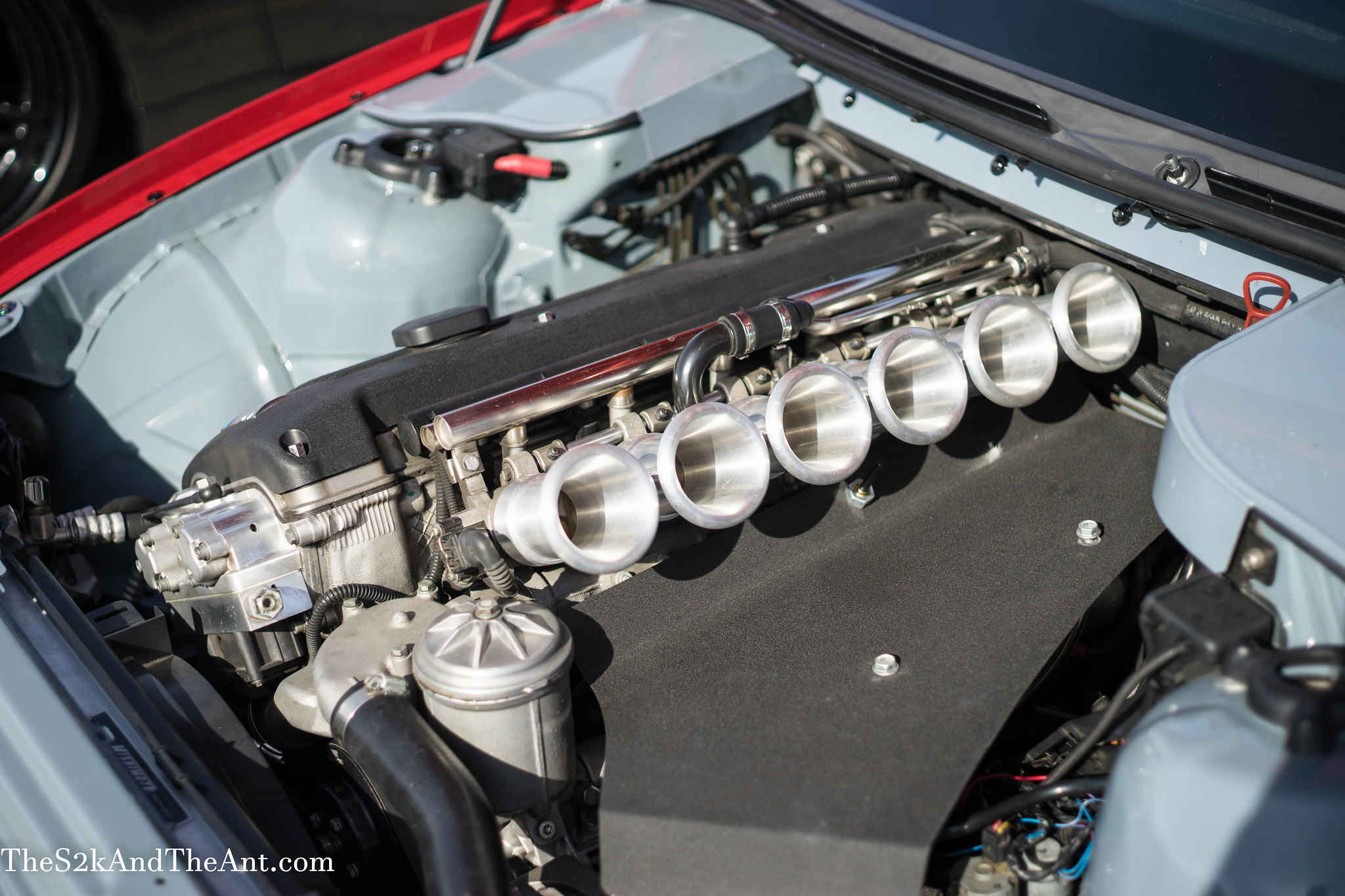 E46 M3 with the airbox removed and trumpets added. 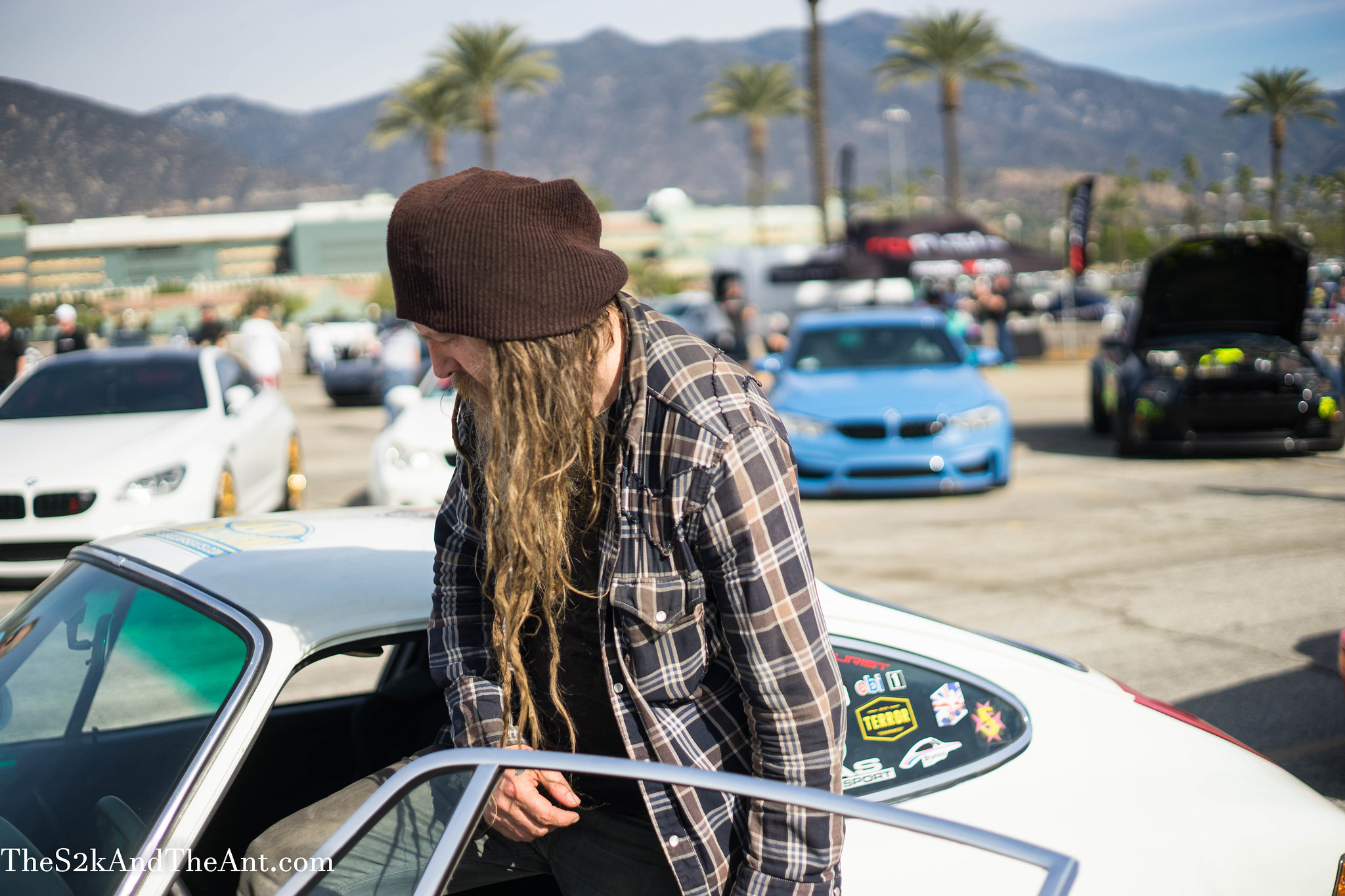 Magnus Walker and his crew showed up…. 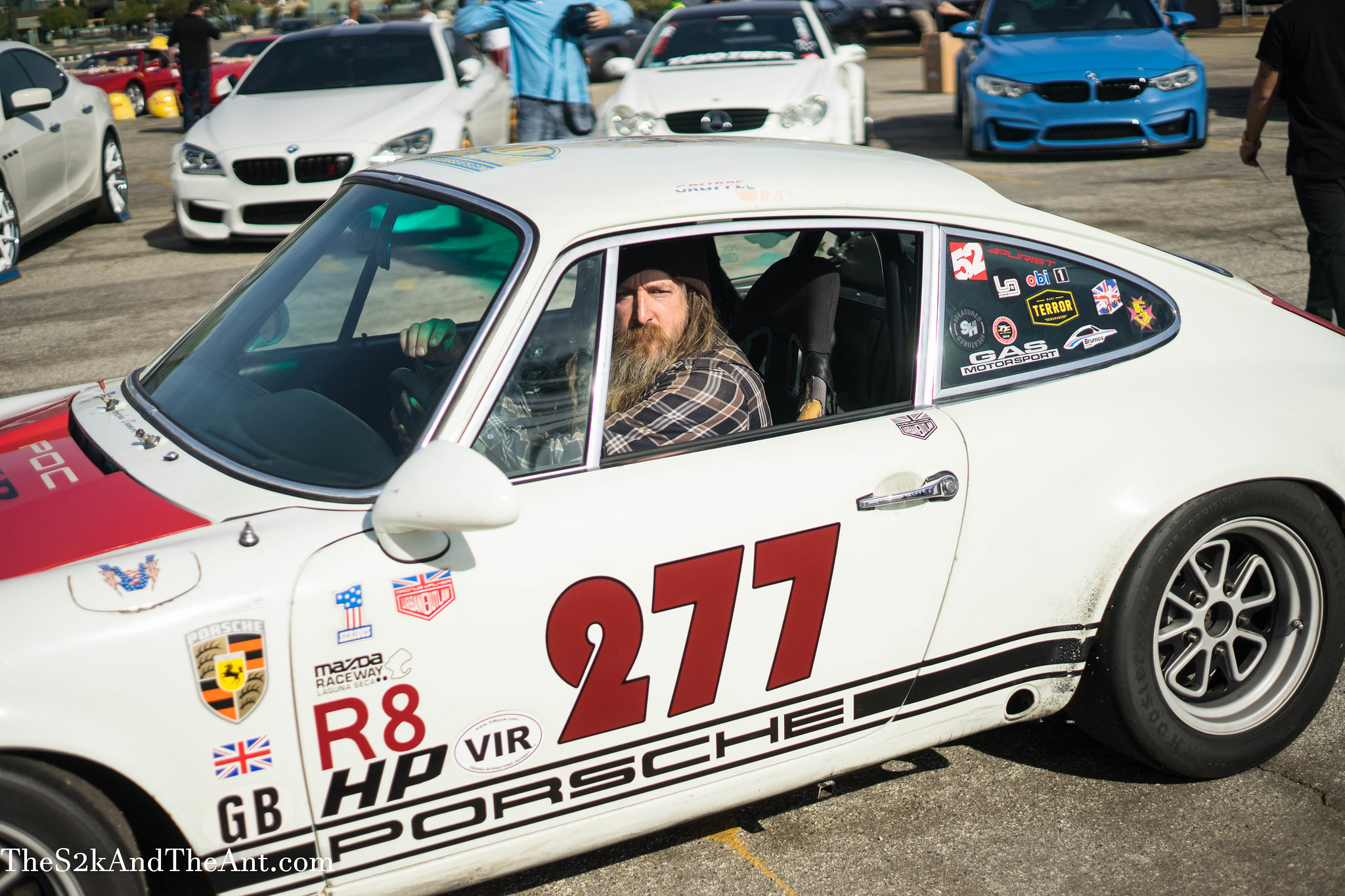 I never thought I would see Magnus Walker in person, but here he is…. 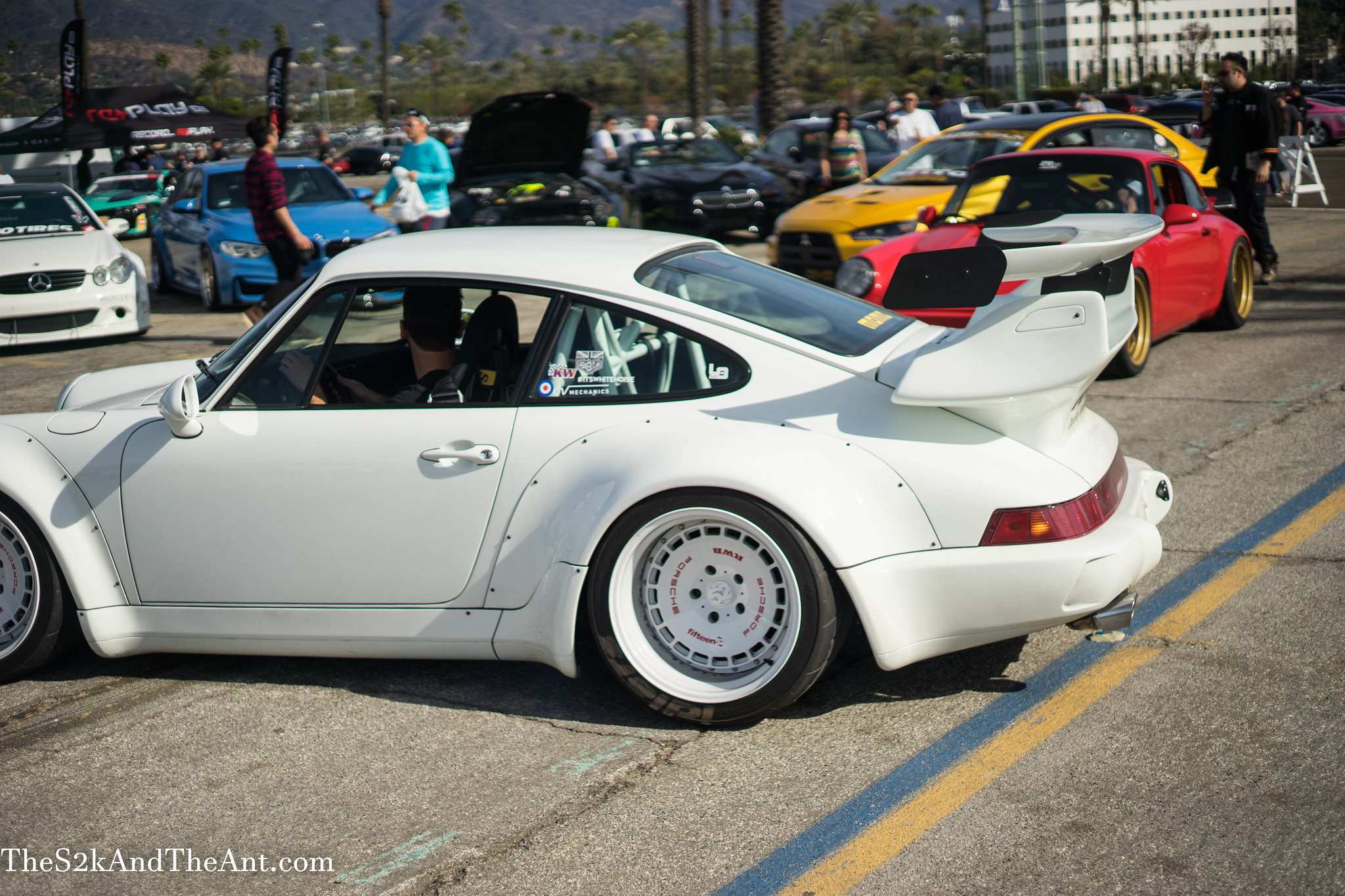 He was with this White RWB Porsche 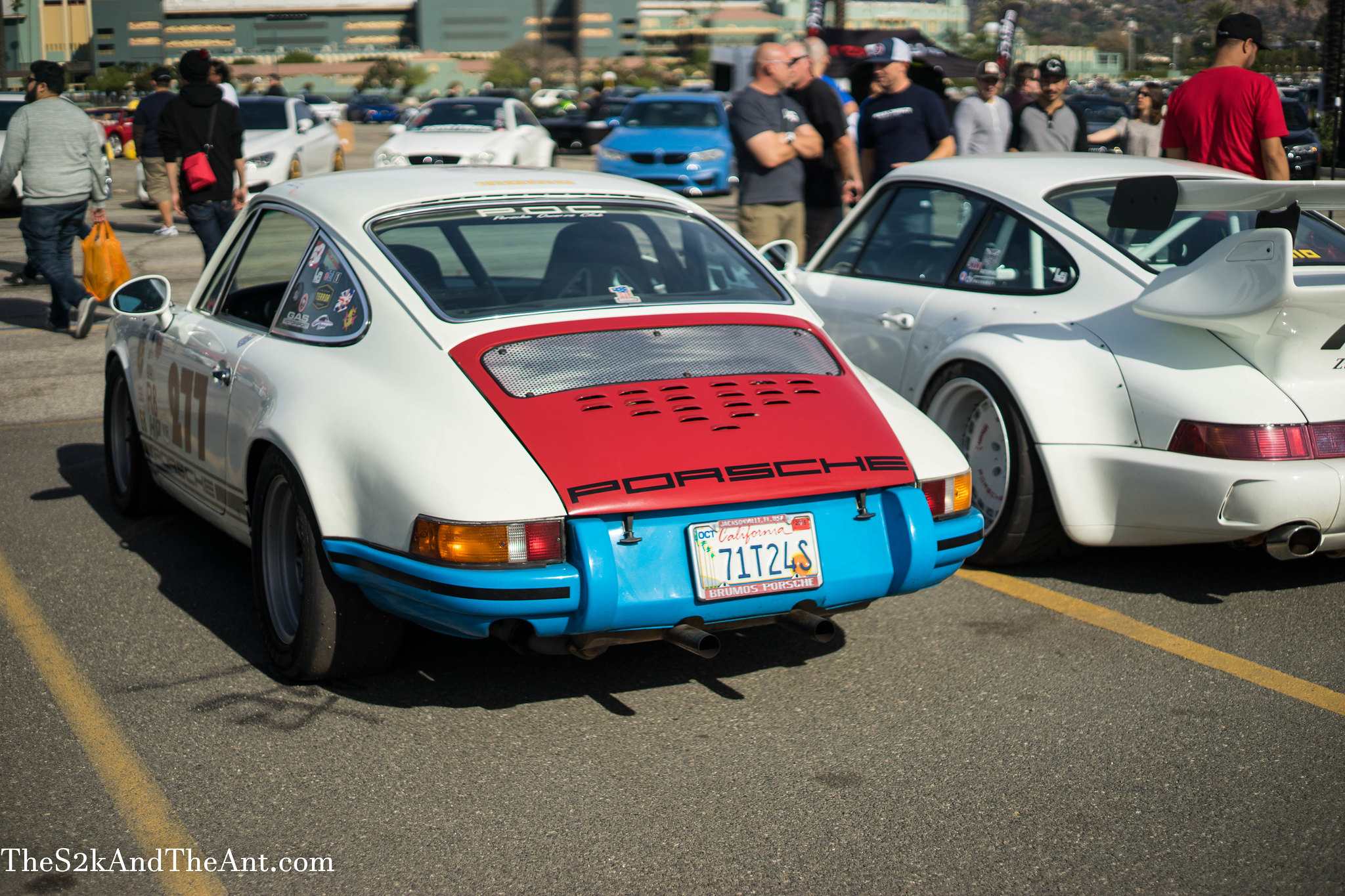 The Diversity at this show was great. 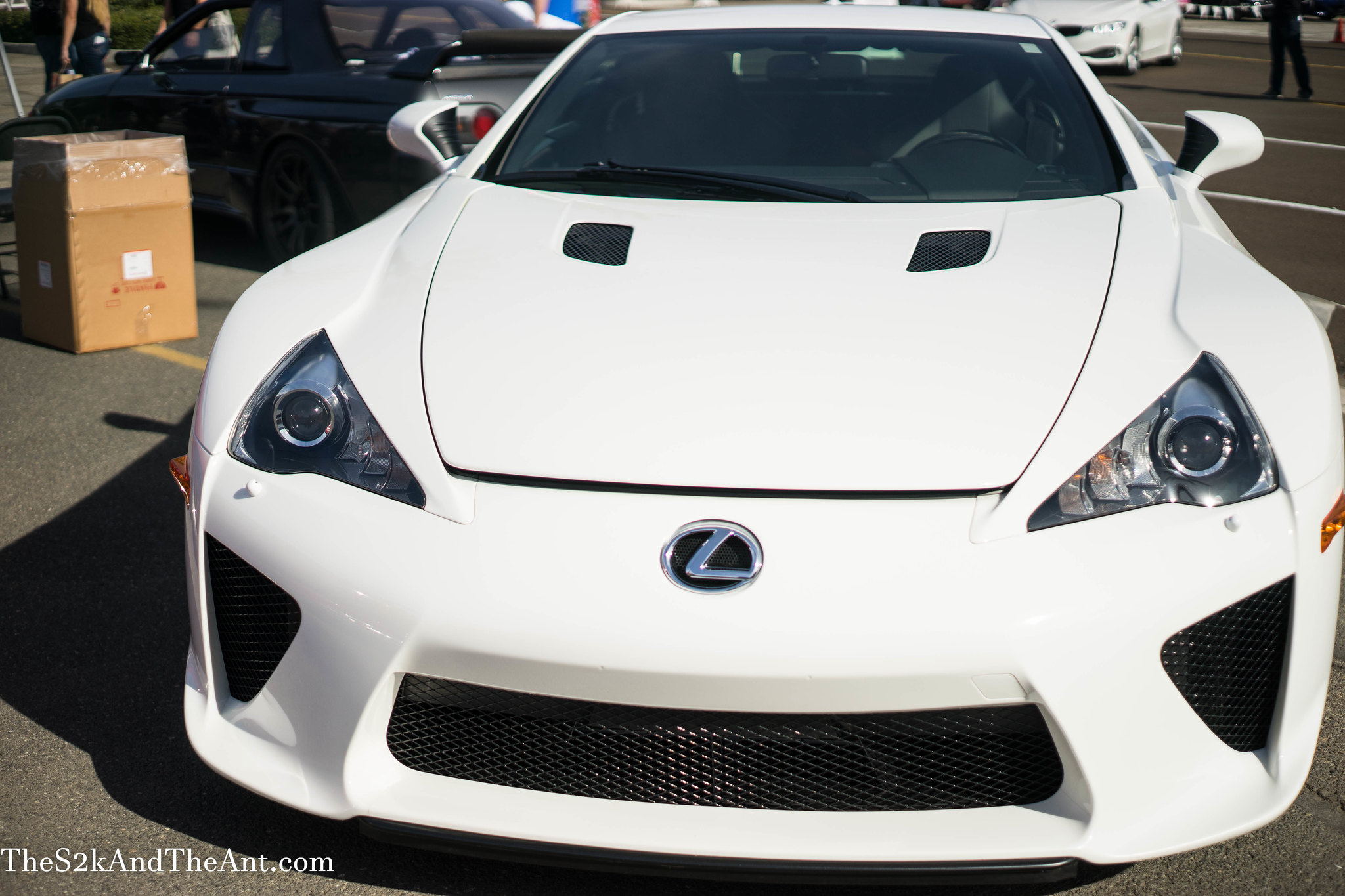 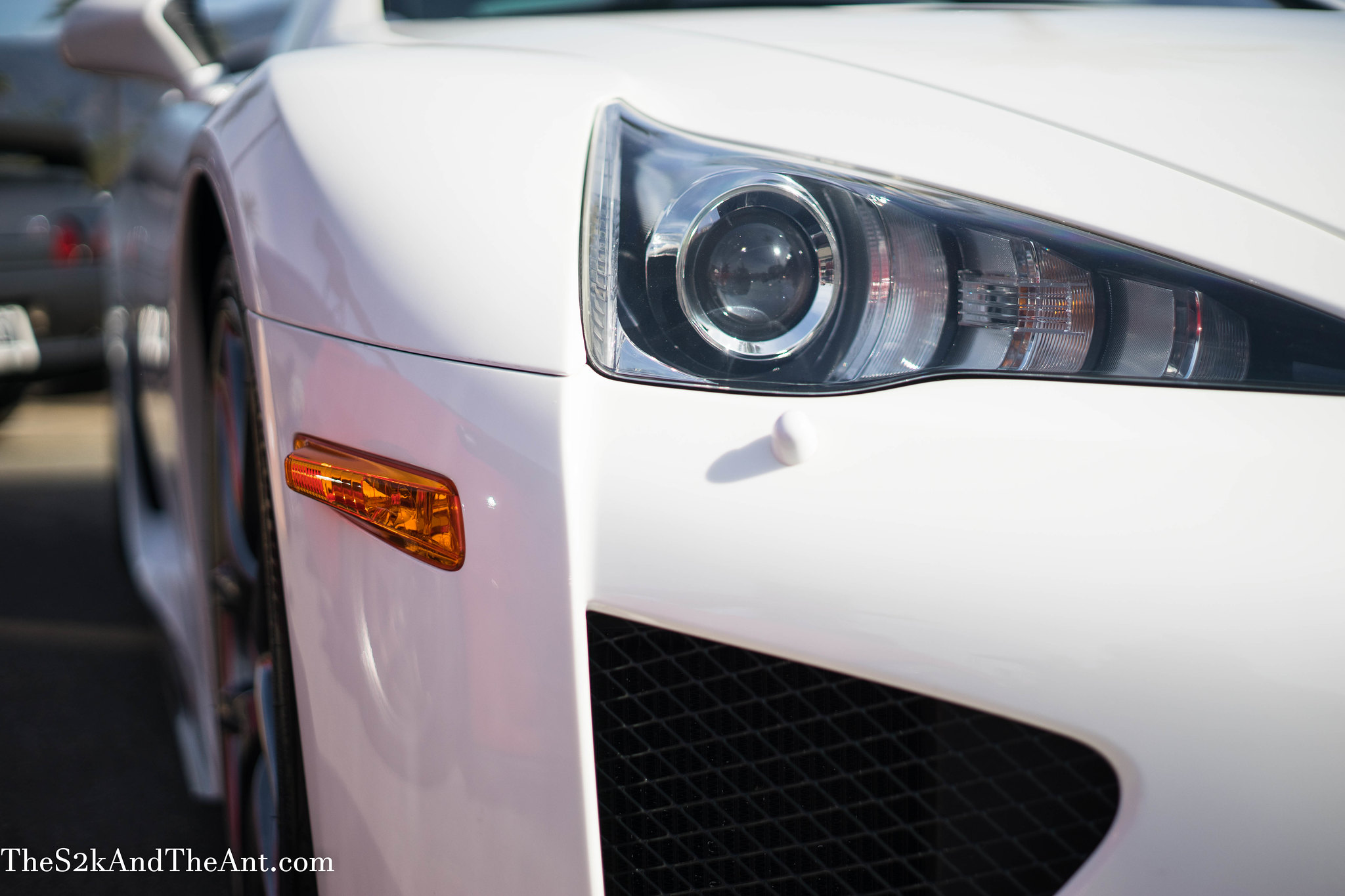 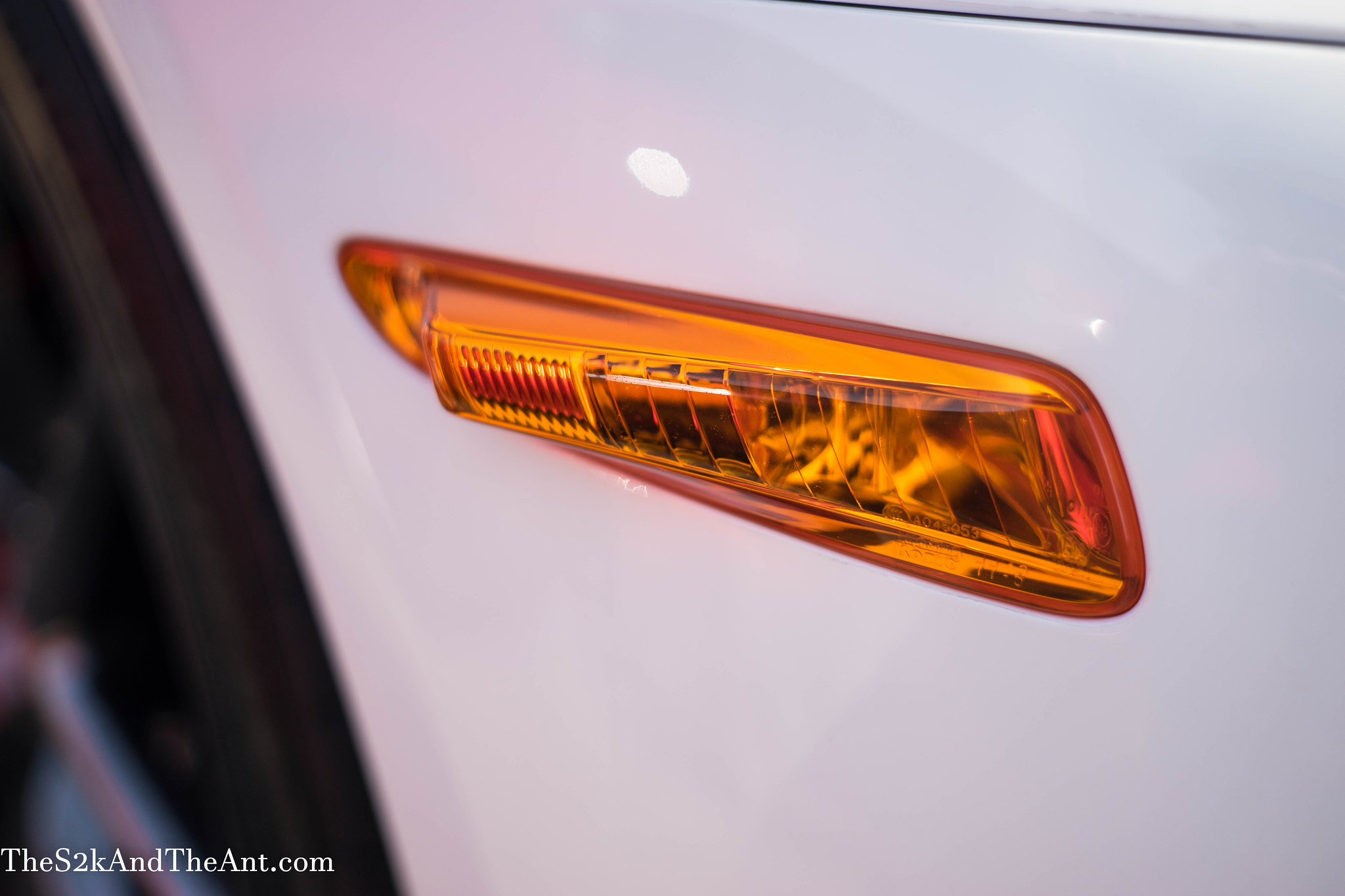 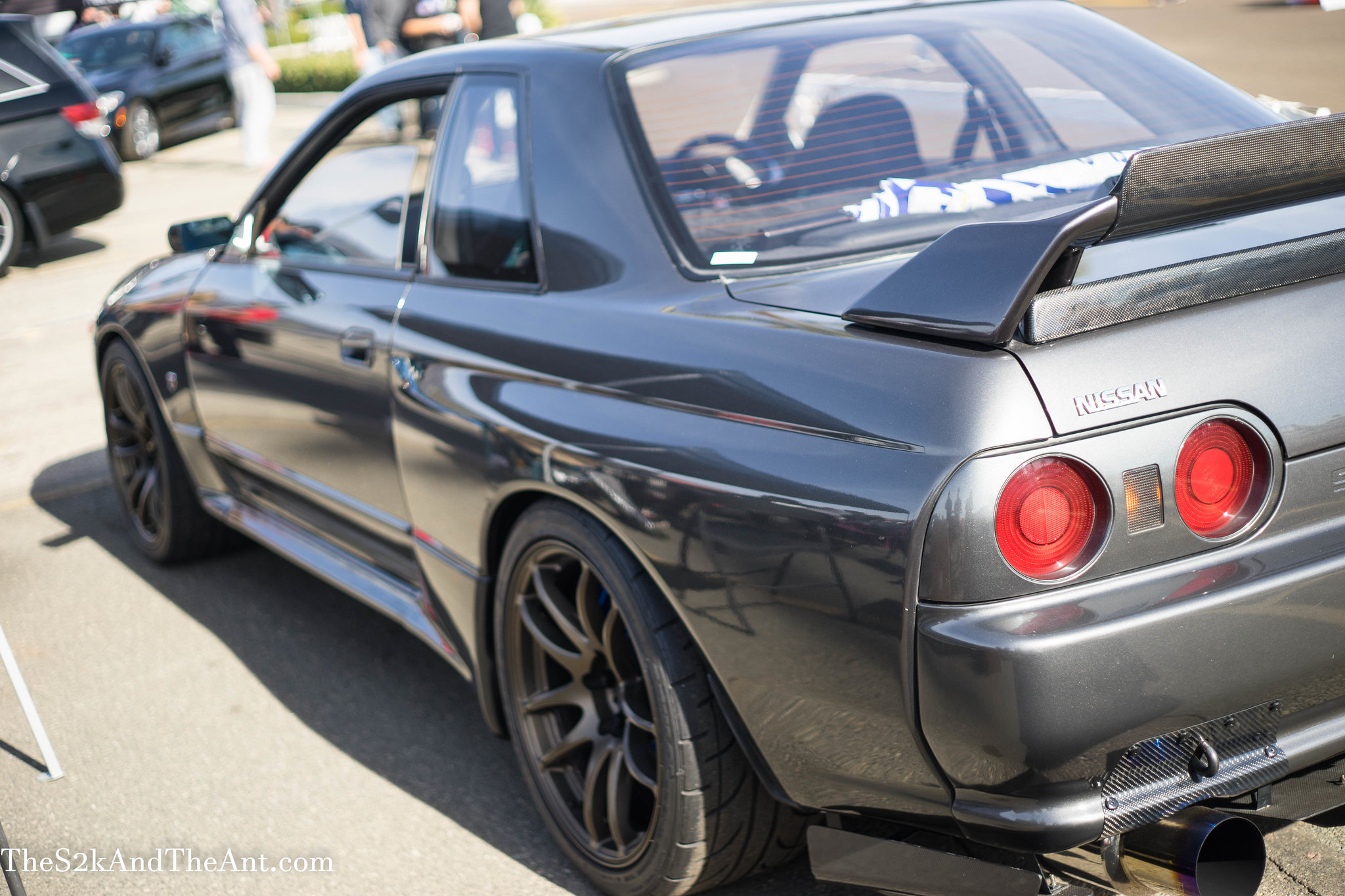 They were a few R32 GTR Skylines in attendance. We’re going to see a lot more of these as time goes on. 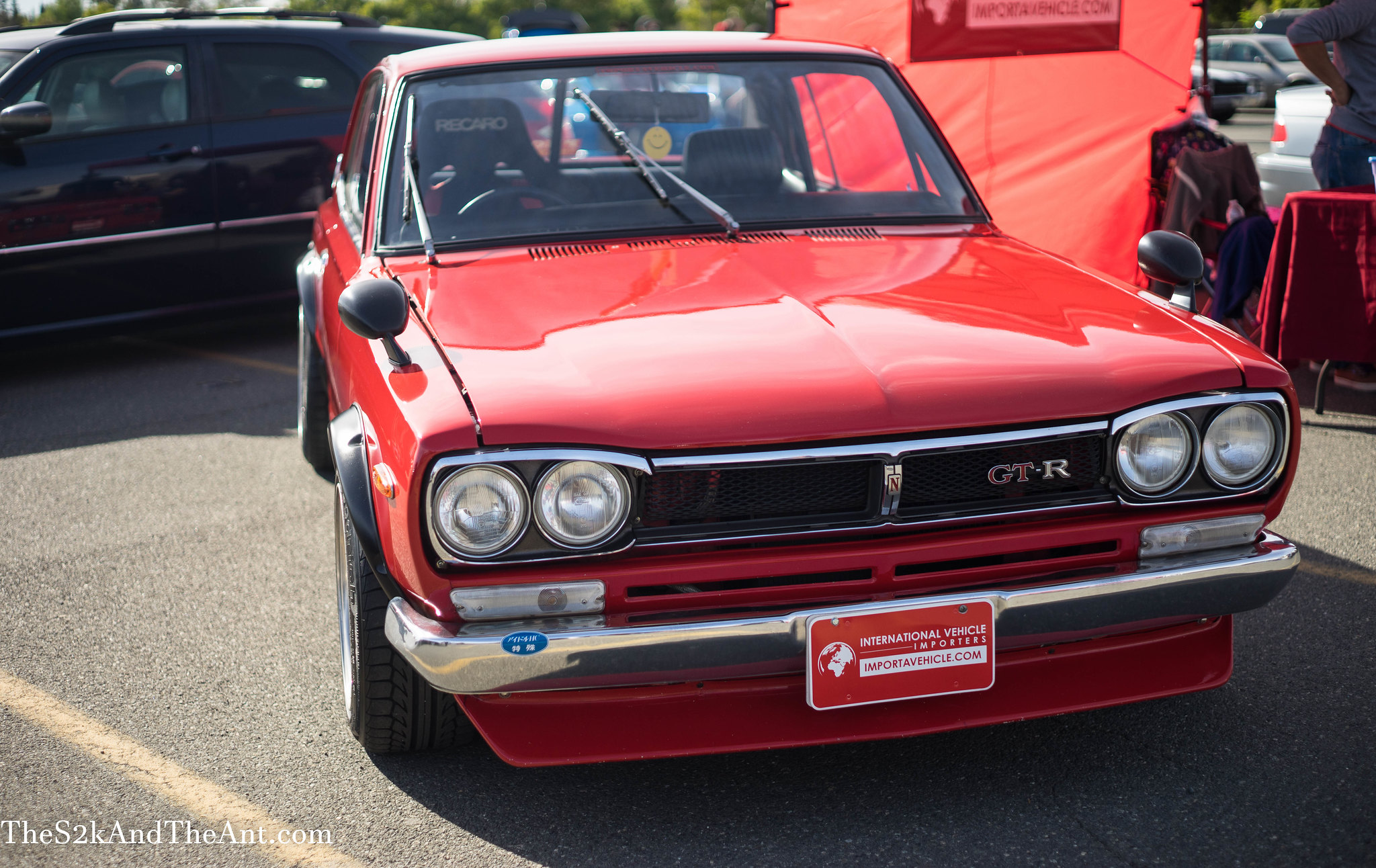 Of course the Granddaddy of all Skylines was there, the Hakosuka…..

I met up with a few s2000 friends and we went to Santa Anita Mall to grab a few bites….. 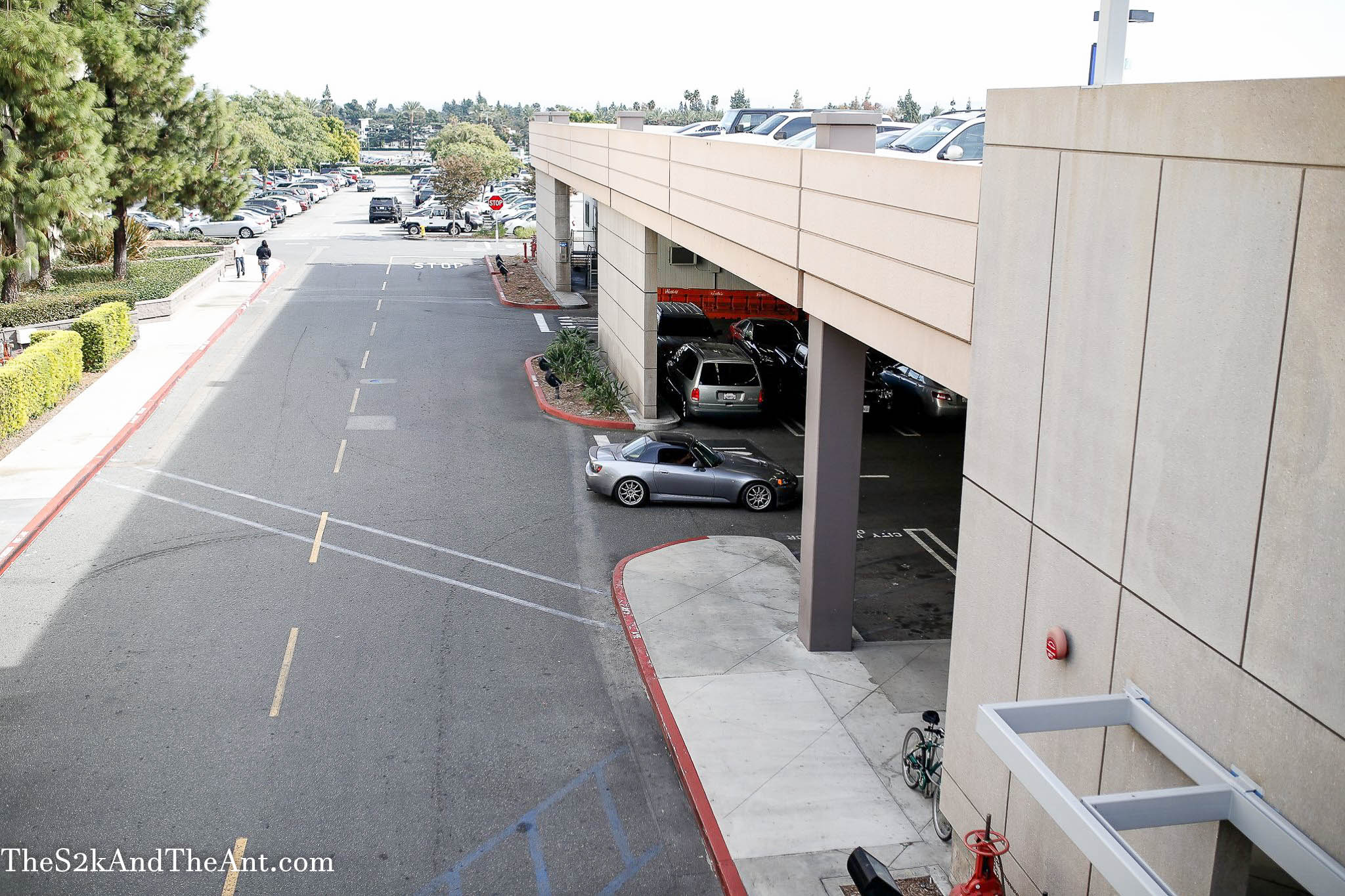 Shout out to Areen for taking this photo. He has a very spooned out S2k if you guys are curious……

Stay tuned. I have my first track day next post!