A month ago I went with some friends to check out the Petersen Japanese Cruise in / Super Street Meet in west LA. The last time I went was 2 years ago and the complex was packed with crazy cars, check my previous post here. This time unfortunately, there was a noticeable decline in attendance compared to 2 years ago, along with the quality of cars. My theory is that the first 2 years they did not charge a fee for showing a car, while this year they did, in addition when I went the first year, they provided free validation of parking, while this year I paid the full price of parking, I think this deterred a lot of people from coming.

I am still trying to figure out if I will go next year, I am currently more inclined not to go, due to what I saw this year. 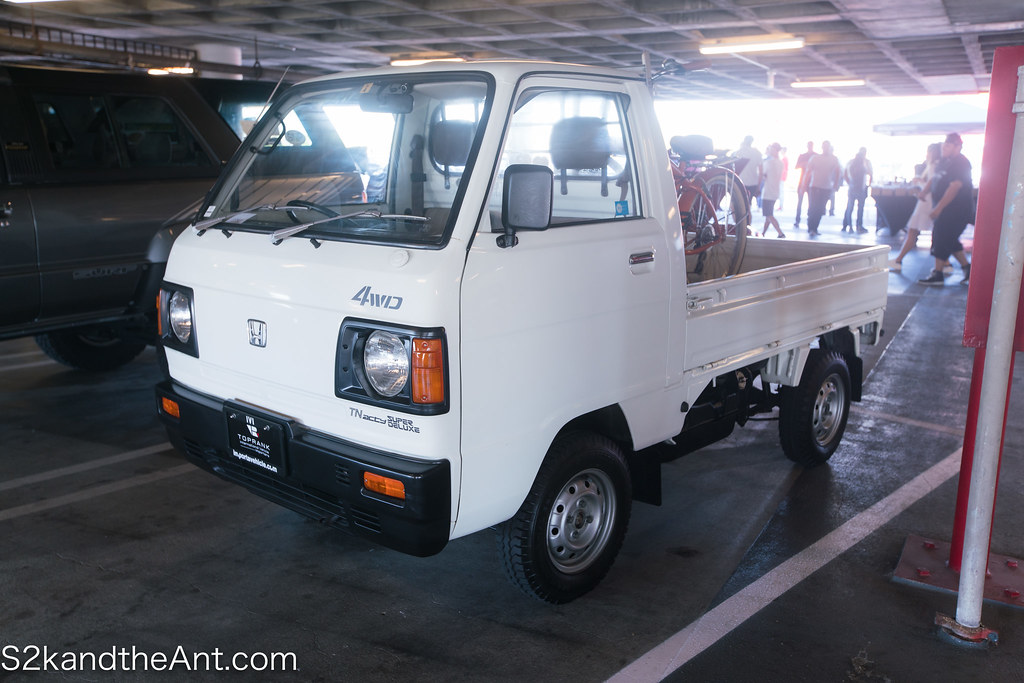 The day started cool, but man it was getting hot and one hour in I was sweating hard.

Top Rank Importers had a strong showing, there was a large representation of RHD JDM vehicles showcasing what they have to offer.  With the 25+ year rule and all sorts of vehicles are now eligible to be imported to the USA, fly by night importing companies have popped up everywhere.  I’ve heard stories of people essentially exporting a crushed up JDM salvaged title car, only to be repainted and resold in the USA….. make sure you do your research….  tangent over. 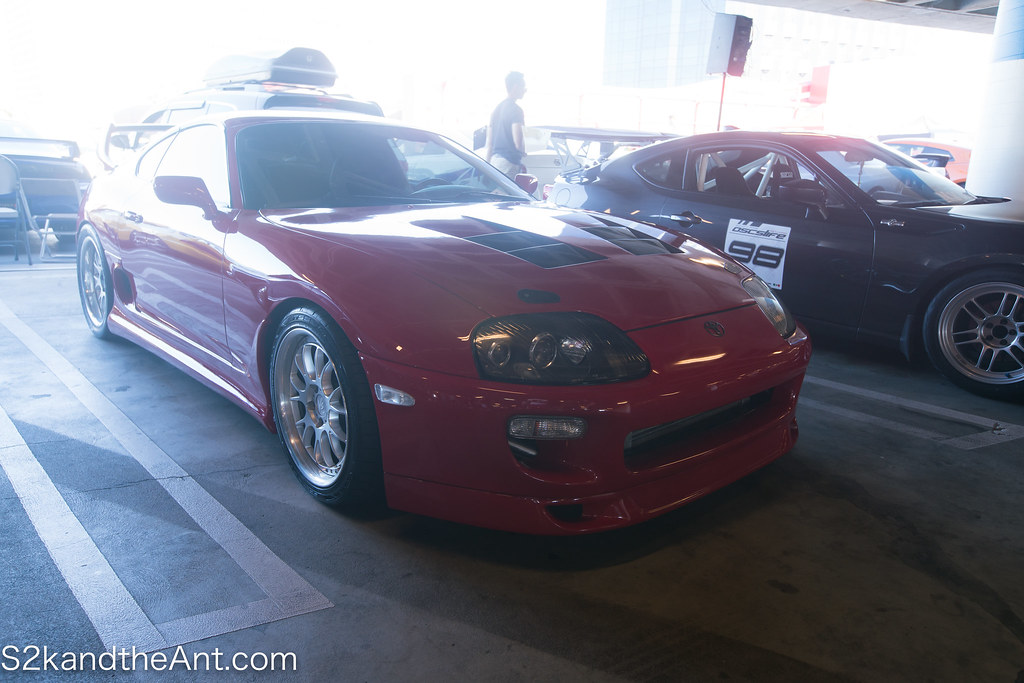 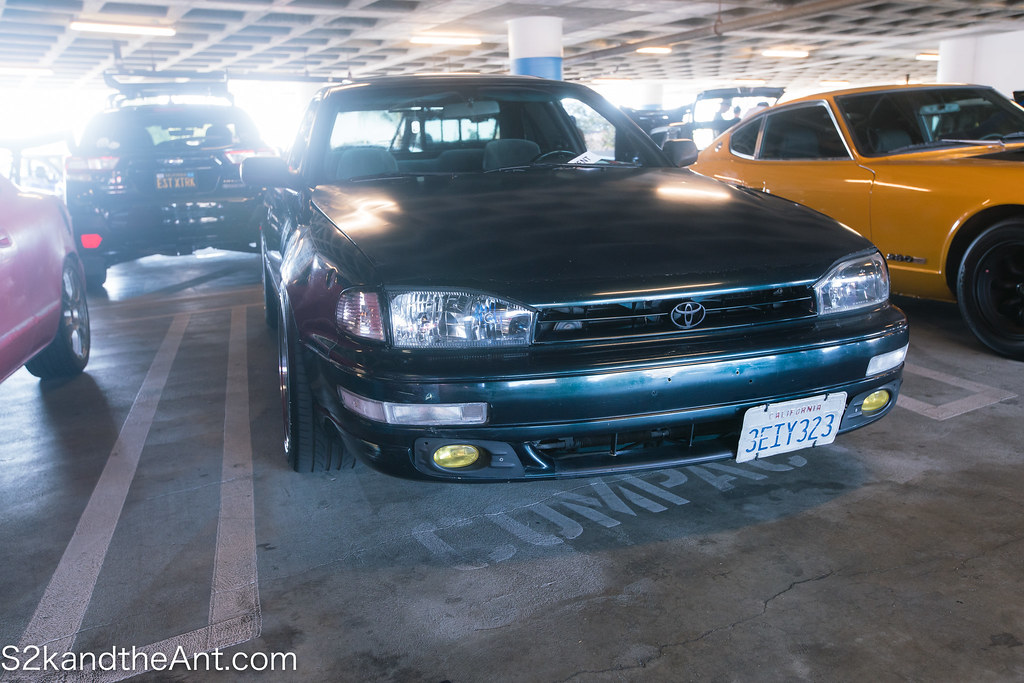 Not many S2ks in attendance at this meet.  For whatever reason, I find myself attracted to these oddball cars.  For example, this mid 90s Toyota Camera on Volk Te37 SL. 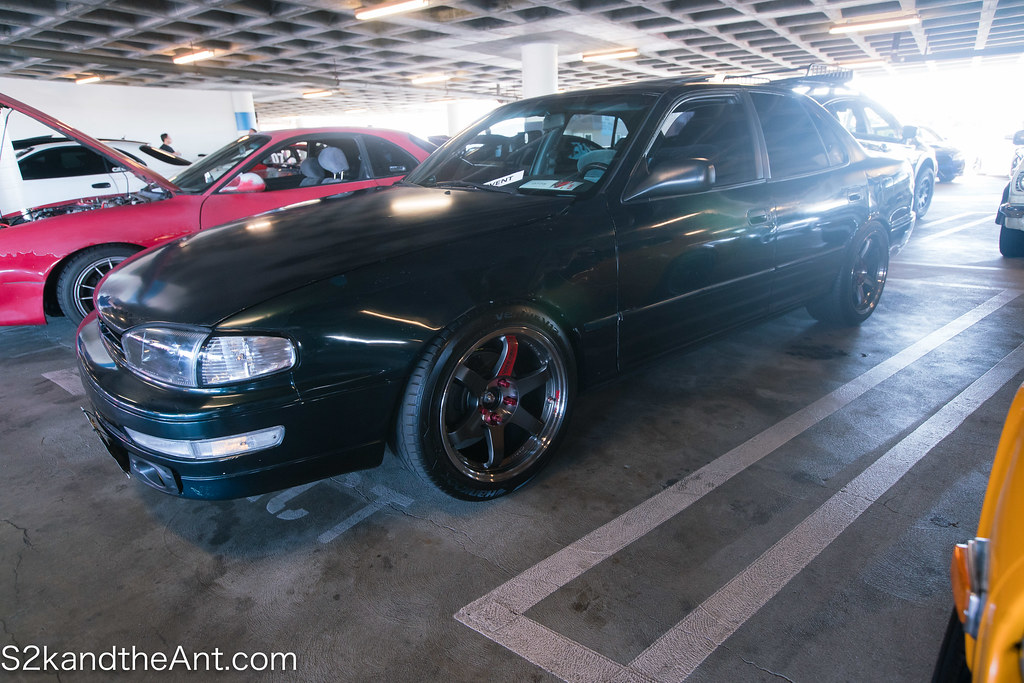 I’m not a huge wheel guy, but I hope these are authentic.  If they are authentic, then this guy gets points for buying wheels that cost five times the price of the car.  Seriously, you can buy four 1995 Toyota Camrys for the price of one set of Volk Te37 SL. 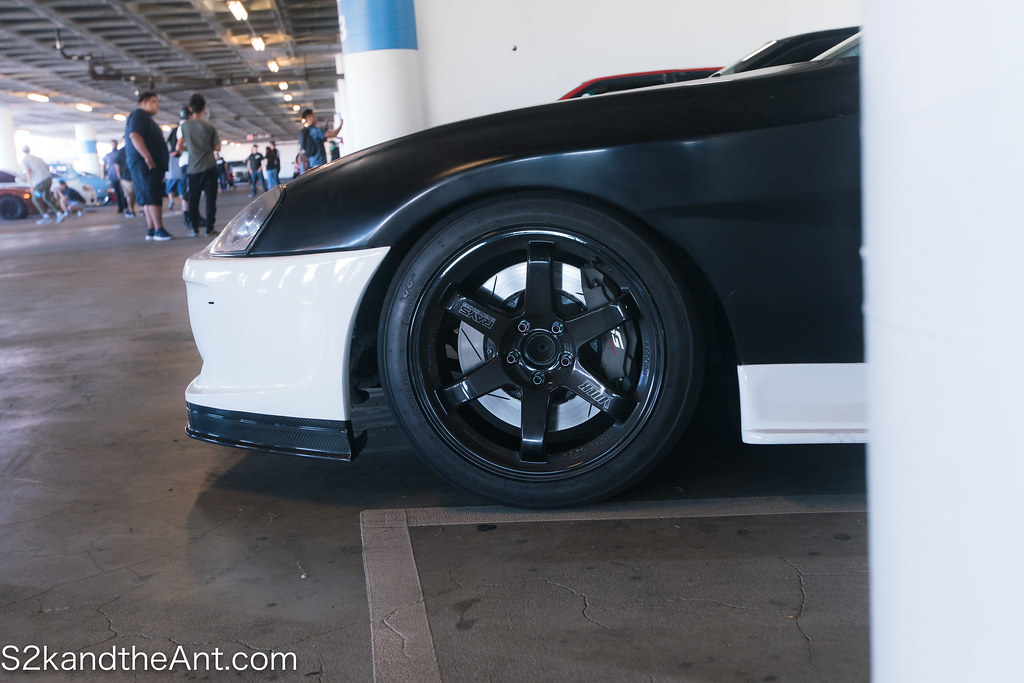 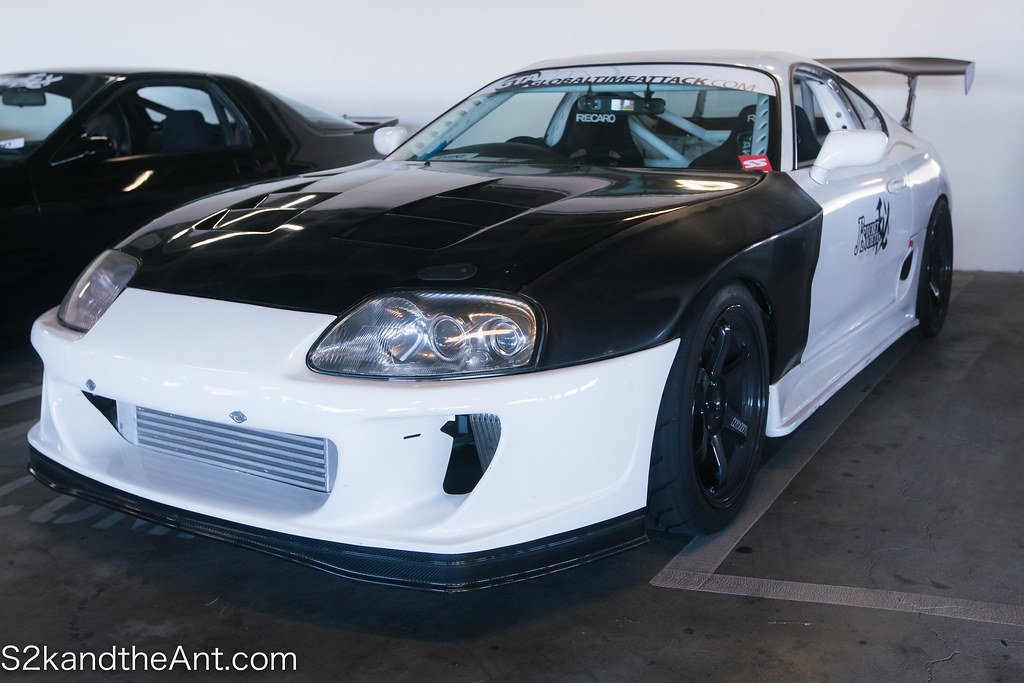 Rad to see a time attack Supra, I’m just going off of the banner though. 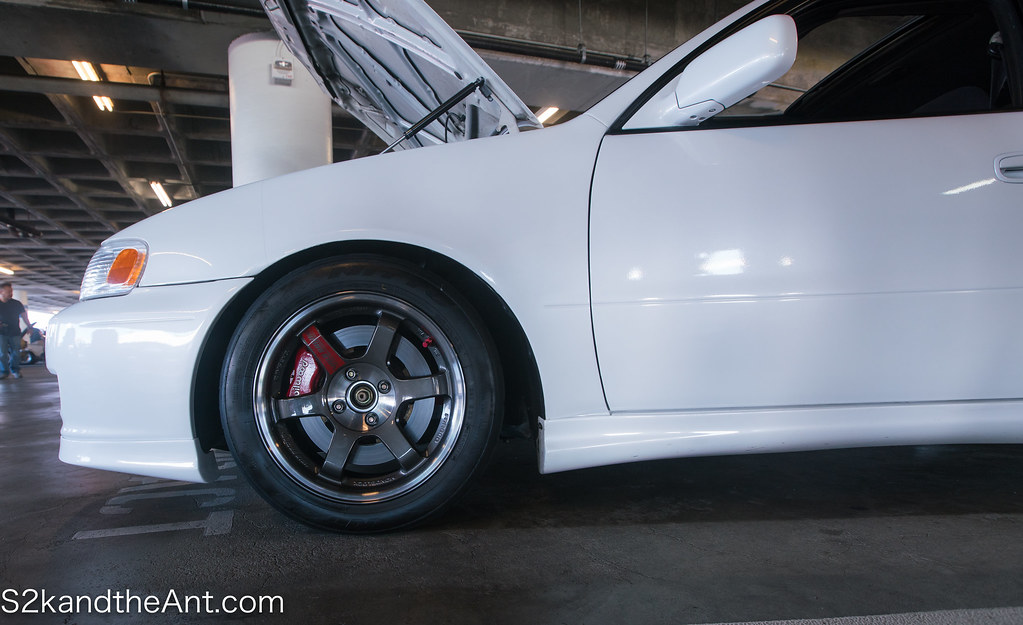 Another interesting car that caught my eye.  This late 90s early 2000s Toyota Corolla.  If you’re like me and grew up Asian in the 90s/early 2000s, EVERYONE had this car.  Your uncle, your friend, your teacher…. you had to have known someone that drove this car.  The Volk TE37 SL wheels caught my eye with this Corolla. 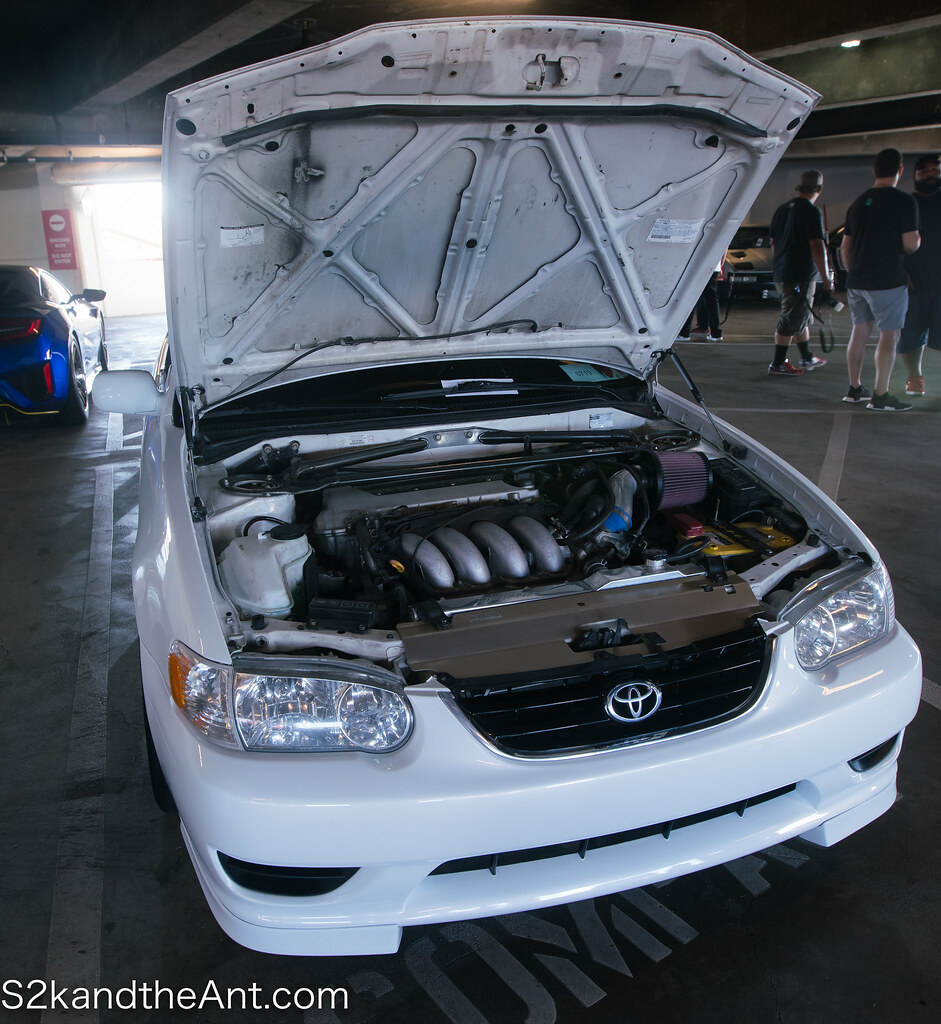 Inviting me to take a look closer to the engine bay.  I believe this is the XRS version, which offered the 2ZZ engine, the same engine that came in the Celica GTS of the same era.  Pretty cool, because you don’t see many of these around.  Toyota was doing really crazy shit during this period, I remember the first Scion TC had a supercharger option you could of got from the factory.  Nuts right? 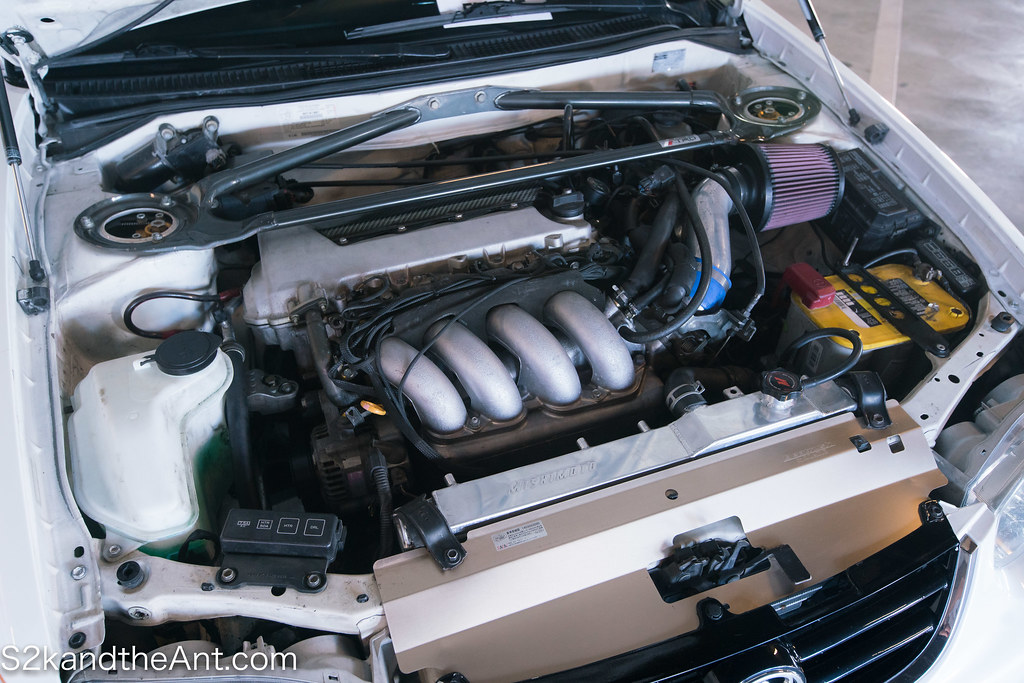 I do like that TRD strut bar, something about TRD strut bars always look so beefy and functional, I dream of getting TRD chassis bars for my Lexus LS430 and IS300.  Man Toyota was really doing something during this time period, even my personal cars are Toyotas from this era. 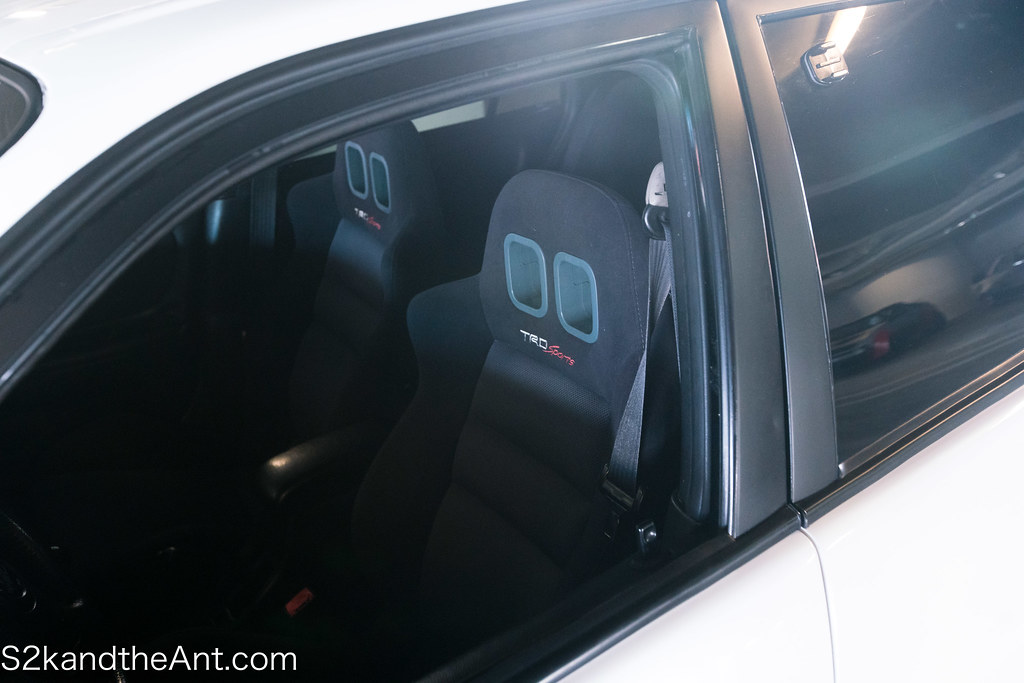 The interior had these TRD Sport seats that I am sure are incredibly rare.  TRD generally have a very limited run when they release parts.  It’s not like Mugen that in comparison have a much longer window, for example the Mugen intake for the S2k is still available brand new and the S2k was discontinued almost 10 years ago! 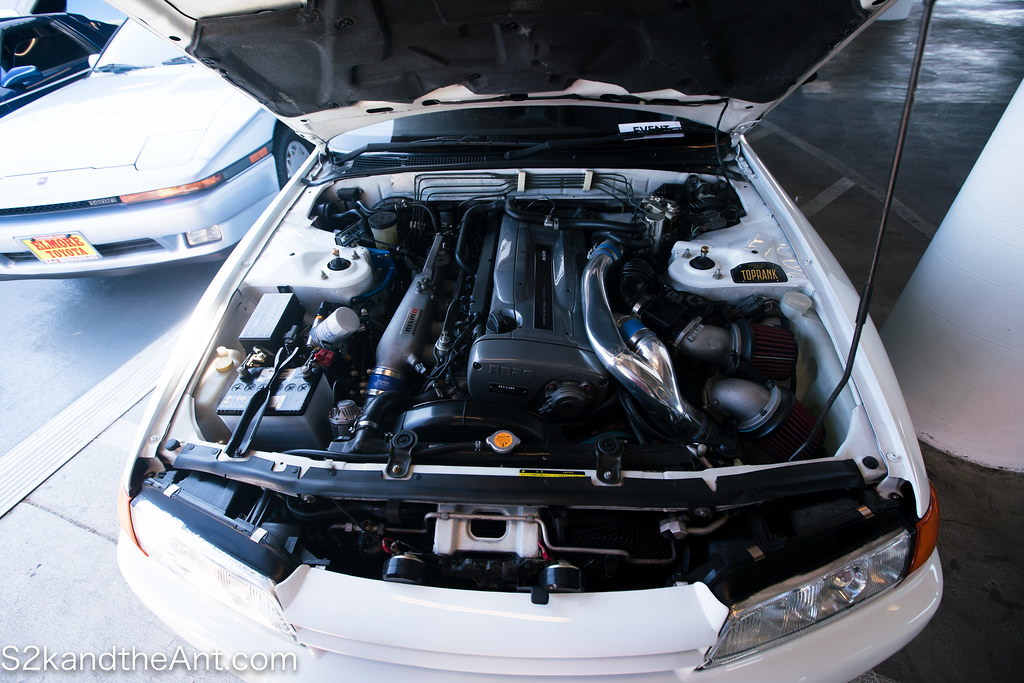 This Nissan Skyline R32 GTR had it’s hood opened and something immediately caught my attention.

This Nismo RB26DETT NISMO FINE SPEC FINAL EDITION badge certifies this RB26Dett is a Nismo crate engine assembled at their fabled Omori Factory.  A quick google search shows this Long block is over $13k USD for the long block itself and limited to only 200 units.  As a Honda guy, I am jealous of the in house factory support Nismo gives their cars.  I mean how rad would it be to see a Final Spec Mugen F20/f22c…. one can only dream. 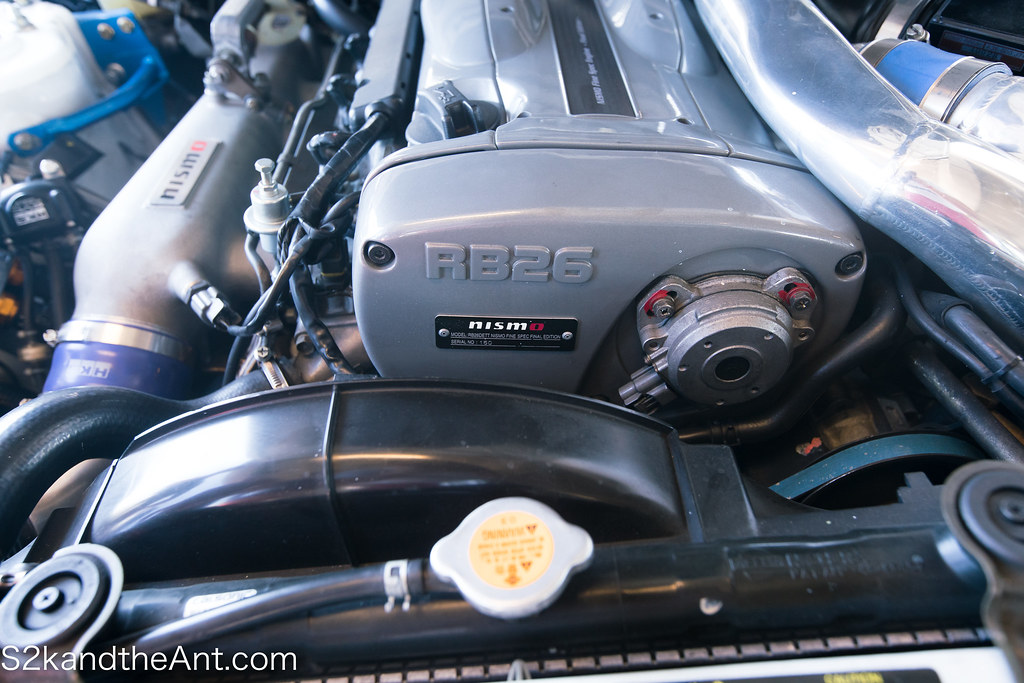 The special Nismo engine is paired with a Nismo Intake manifold and typical jdm goodies, a la HKS and Cusco. 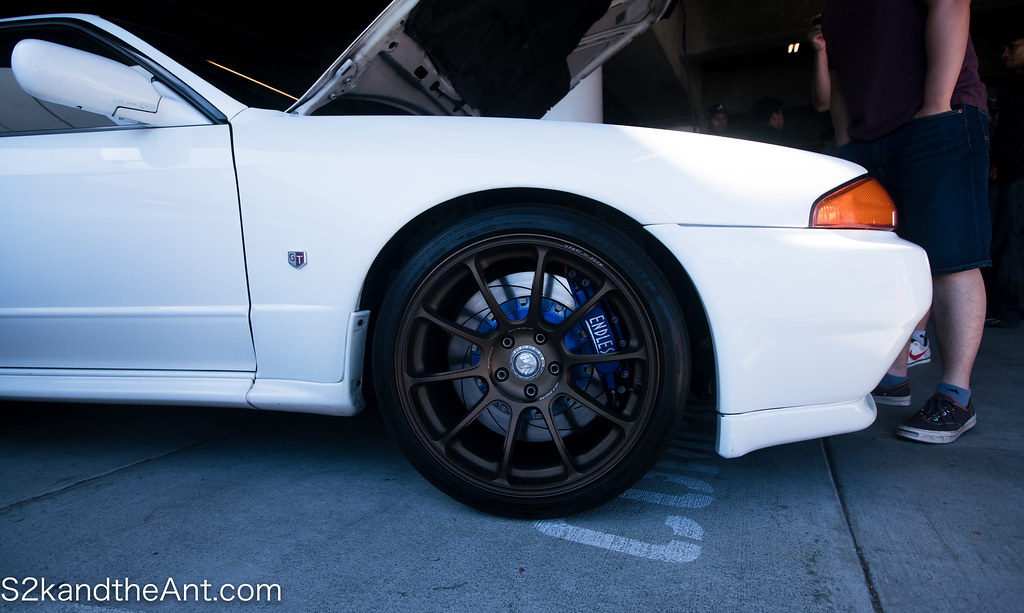 For the wheels, this R32 GTR Skyline had huge Endless calipers and Volk ZE40 in bronze. 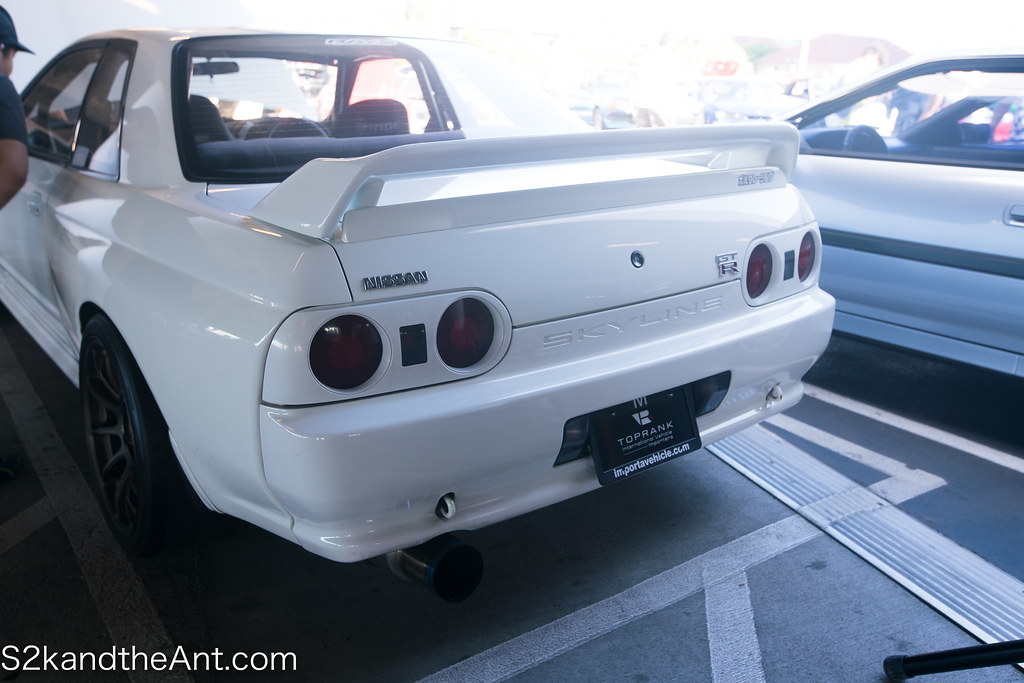 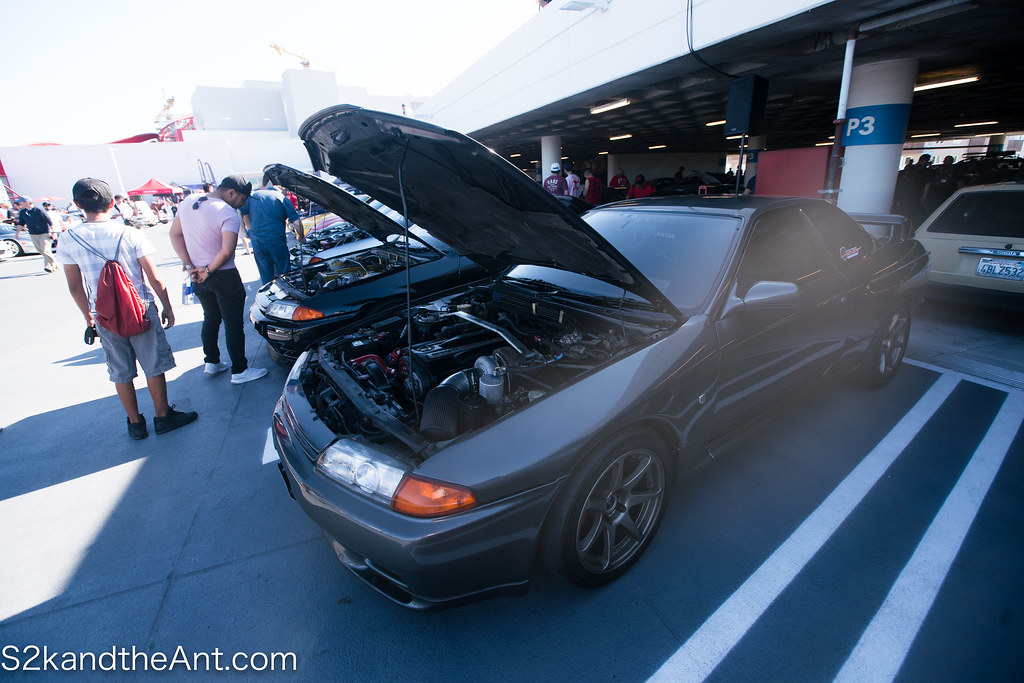 The Nissan Skyline showing was strong this day.  It was the most common car out there. 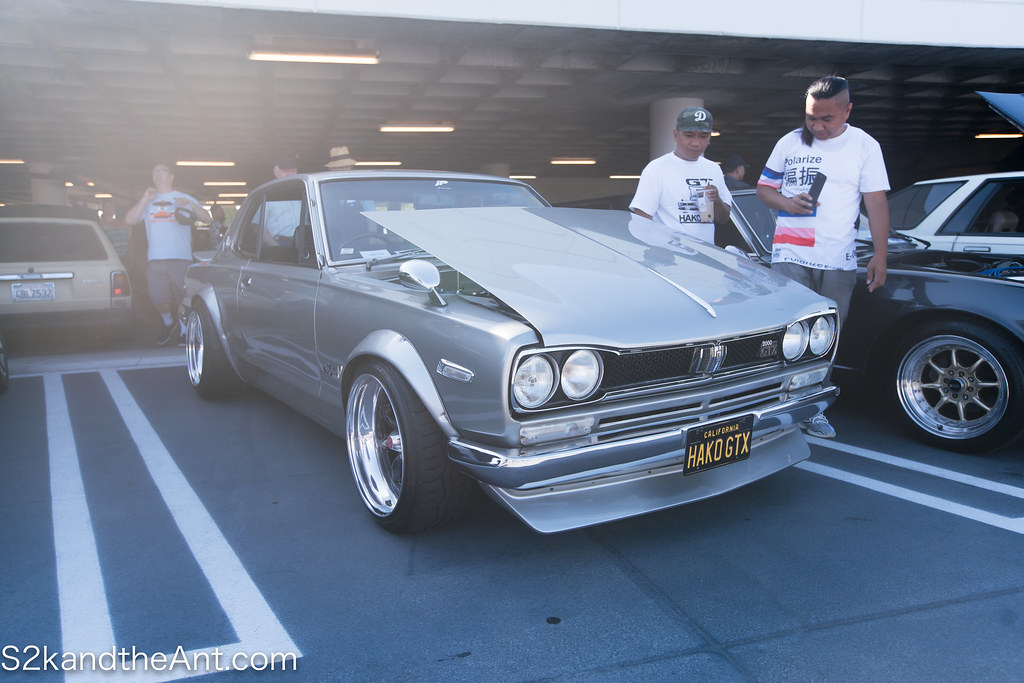 Hakosuka GTX.  Another car on my dream car list. 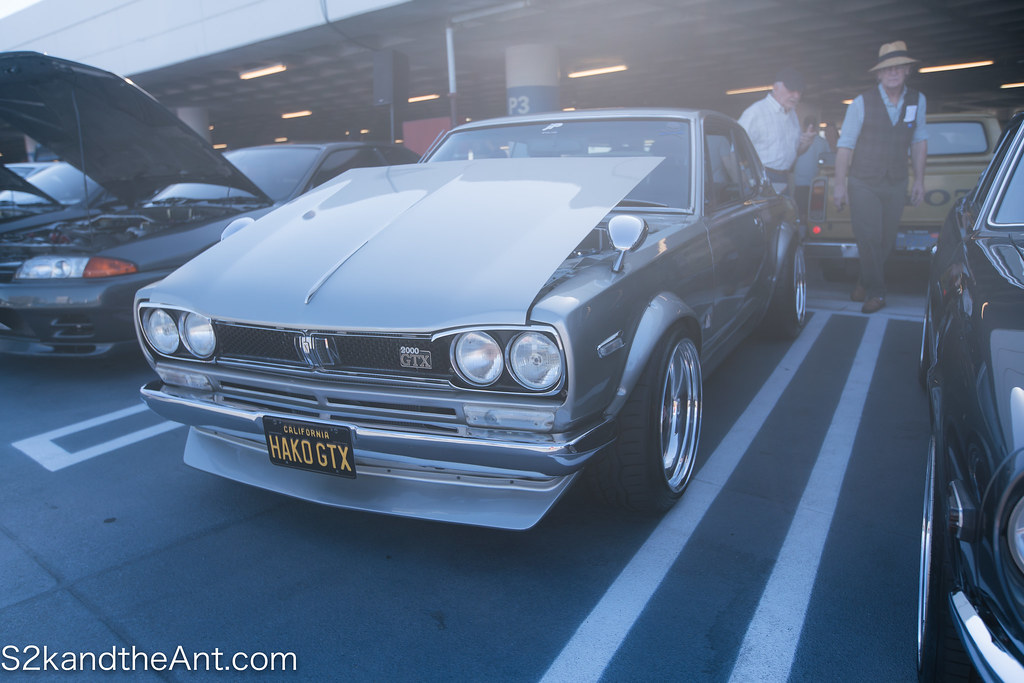 Period car next to some period correct old men. 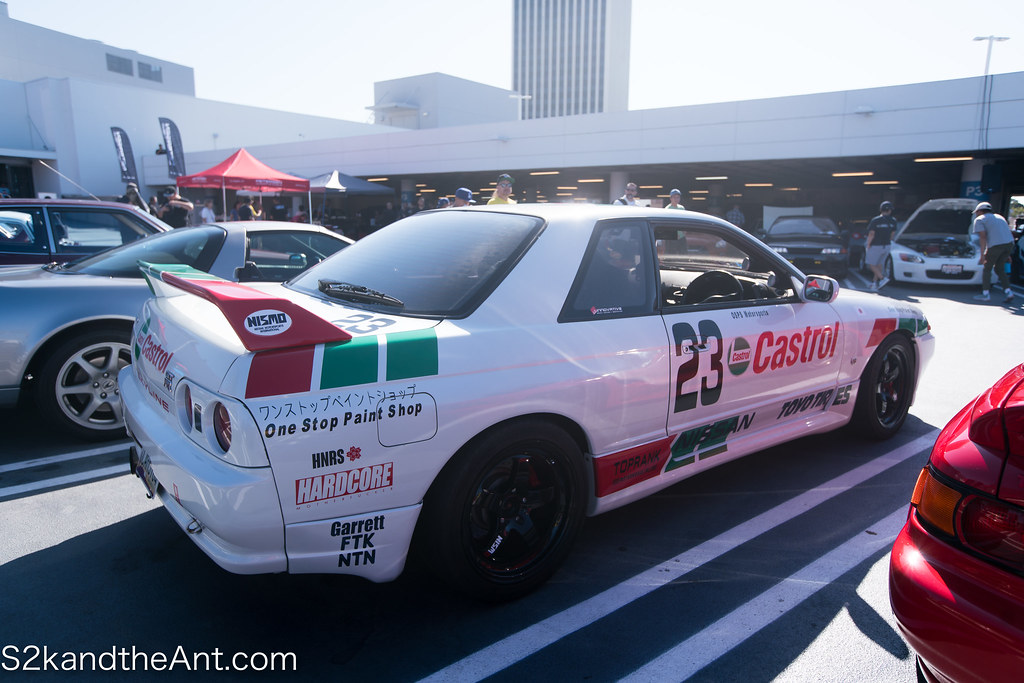 Once again another Nissan R32 Skyline GTR.  I love the Castrol livery on this car, a throwback to the Group A days. 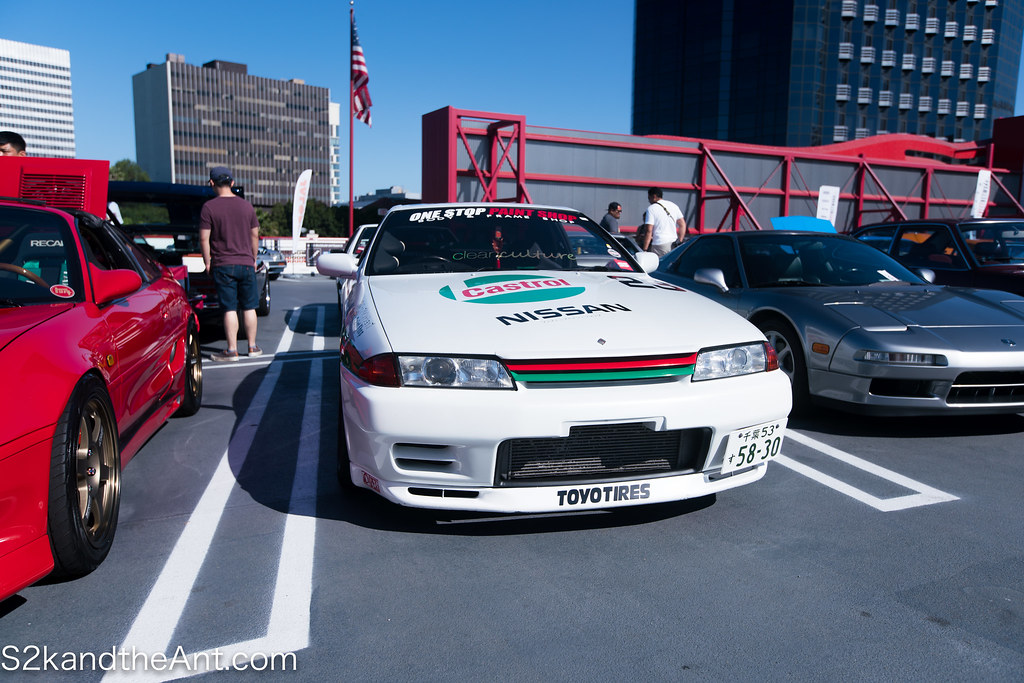 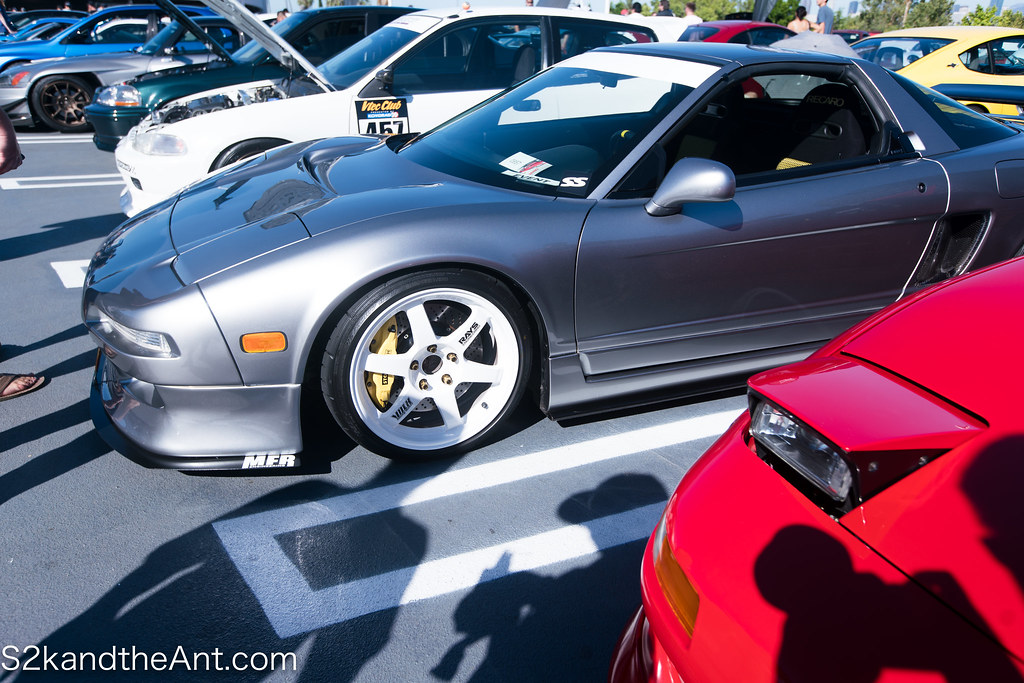 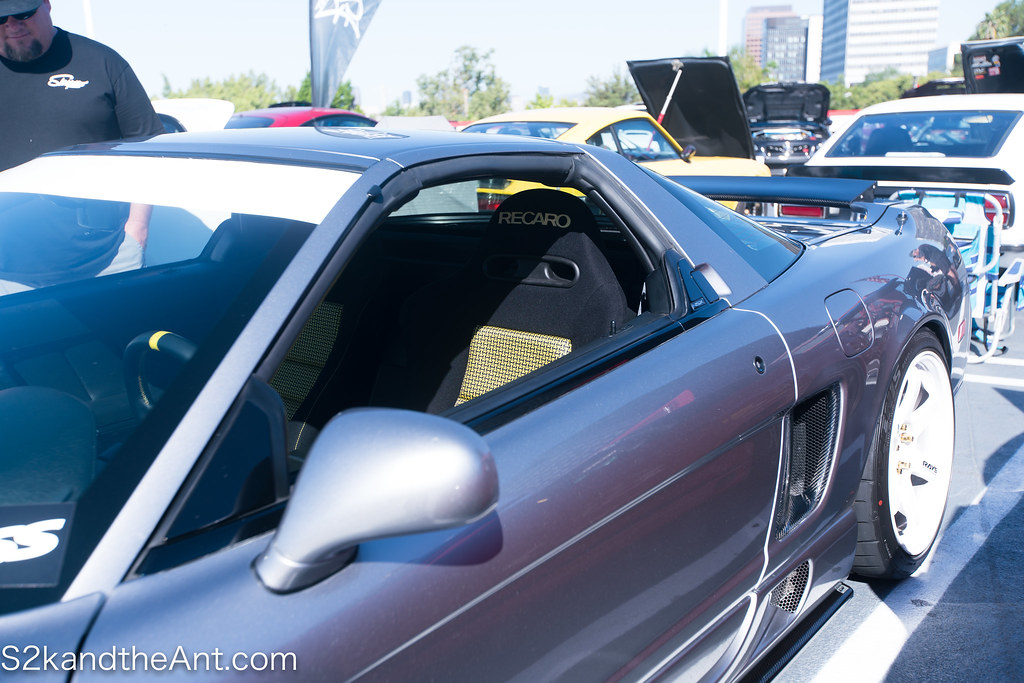 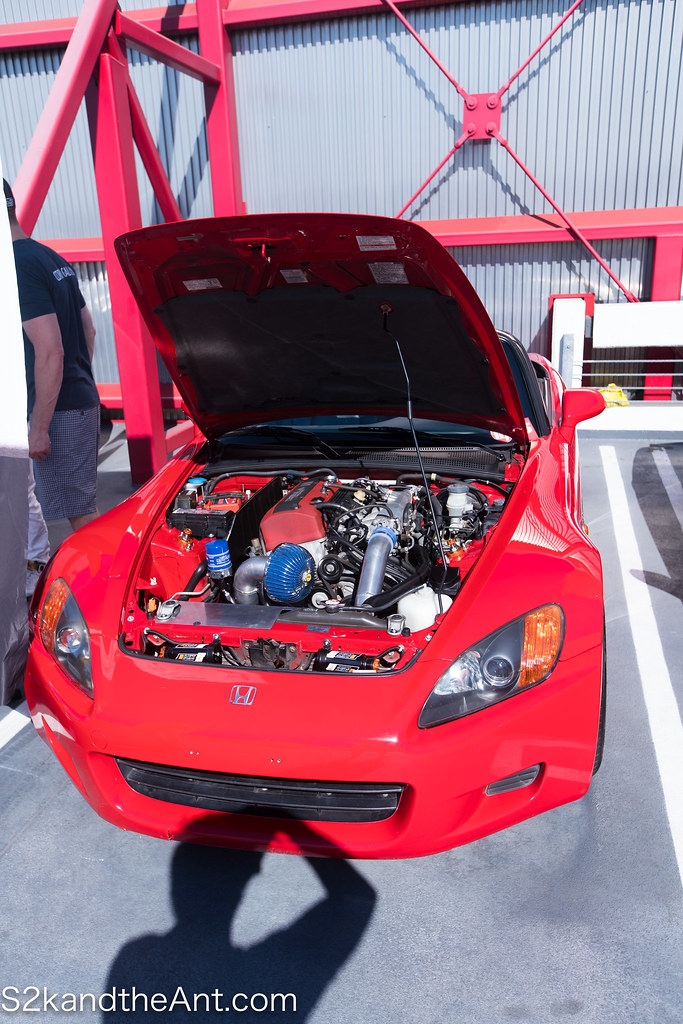 Of course this is S2kandTheAnt, you need some S2k coverage!  This is the Super Street project Ap1 S2000 they built within a week.  It features the prototype of the new Greddy Turbo Kit Gen 2 with a more modern Garrett GTX turbo, improved exhaust manifold, more power, and still smog legal!  I never really understood the plight of California residents until I became one, having a smog legal upgrade really saves you some headaches. 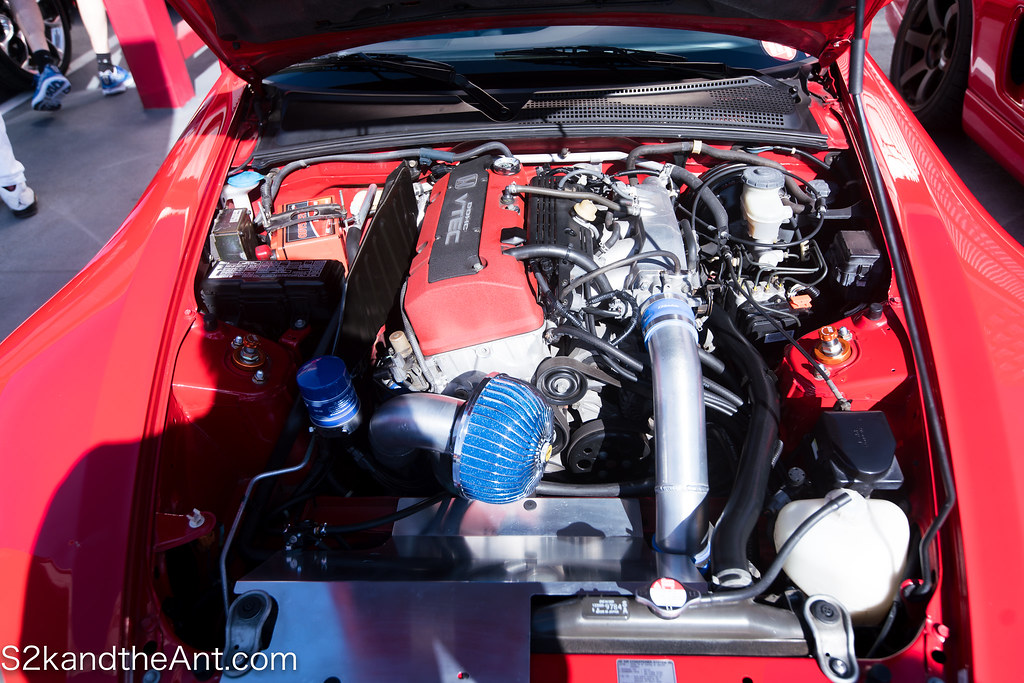 I previously shot some photos of this kit at Eibach this year. 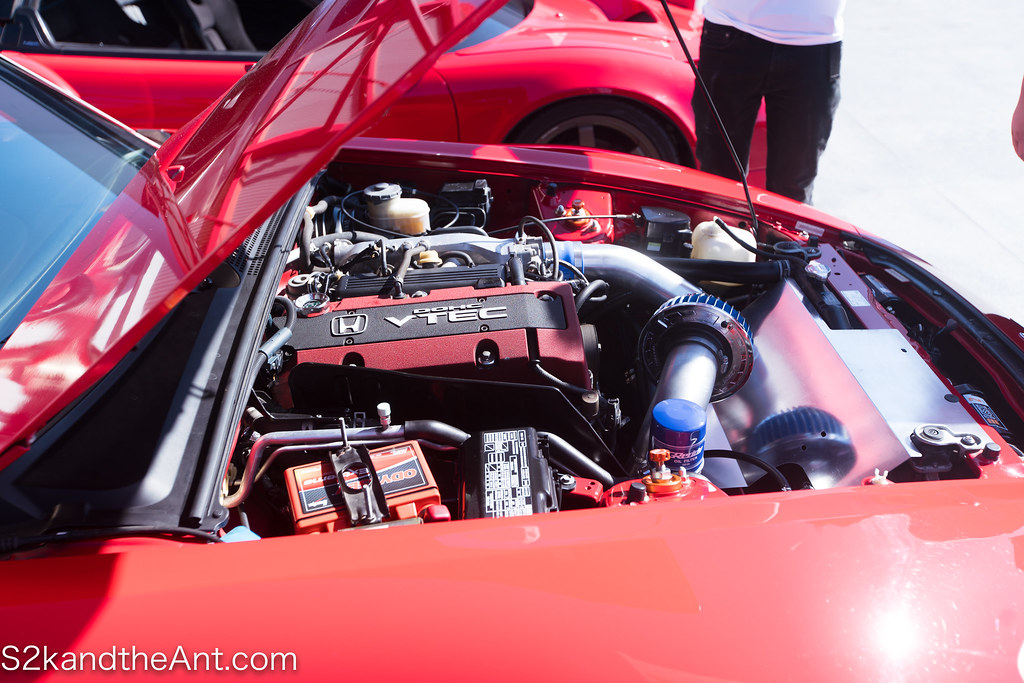 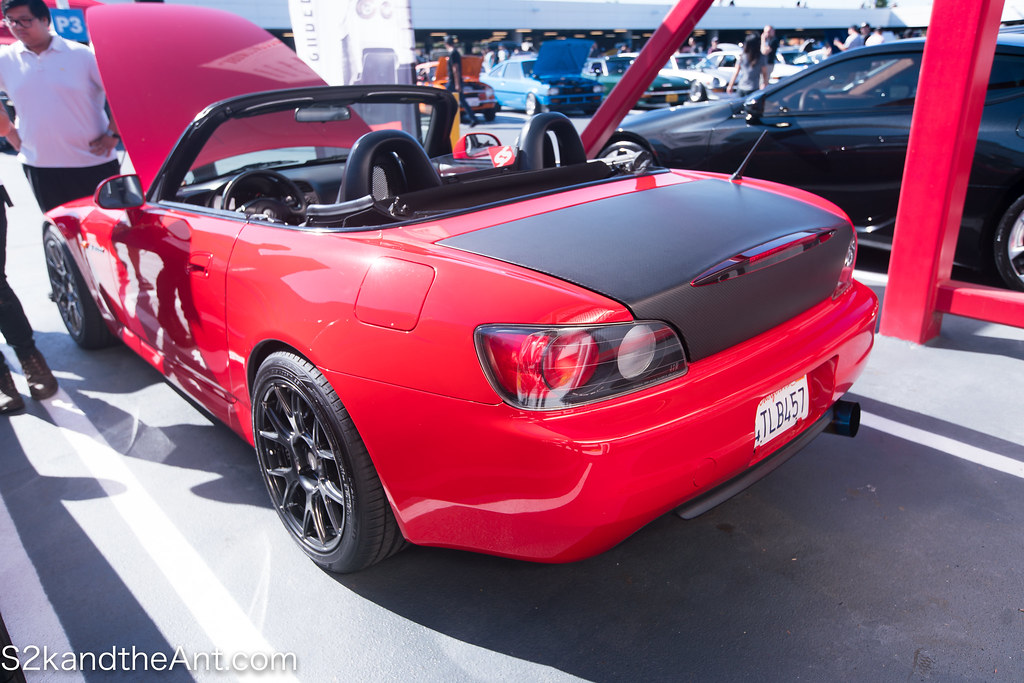 This project features the new Seibon dry carbon trunk…… which is typically seibon quality.  I mean look at that gap between the tail light and the trunk!  This most definitely is not ASM quality. 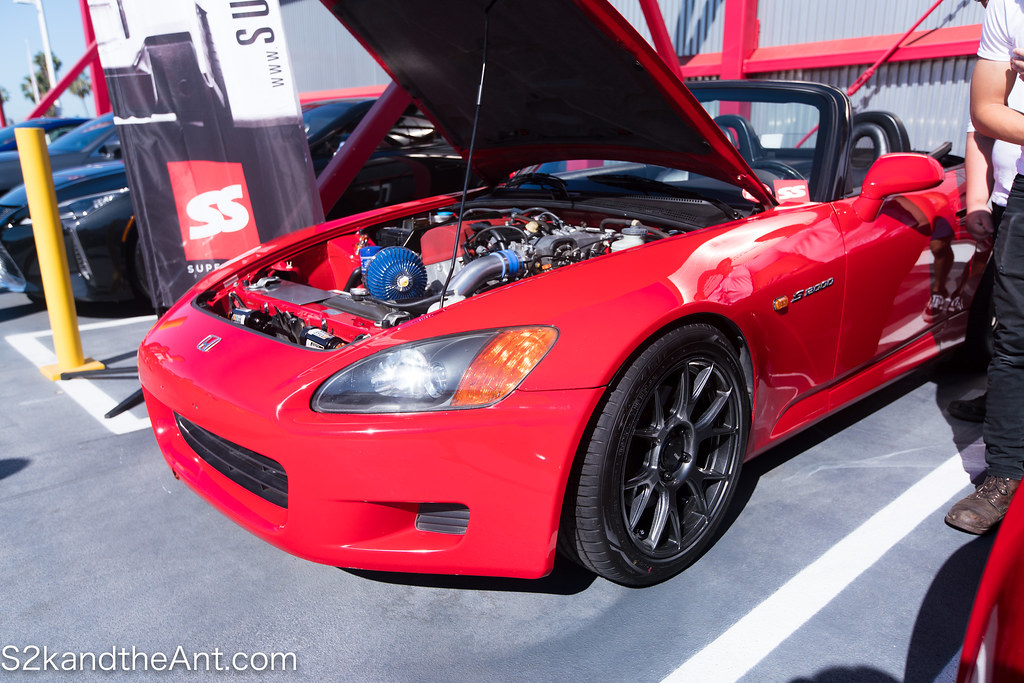 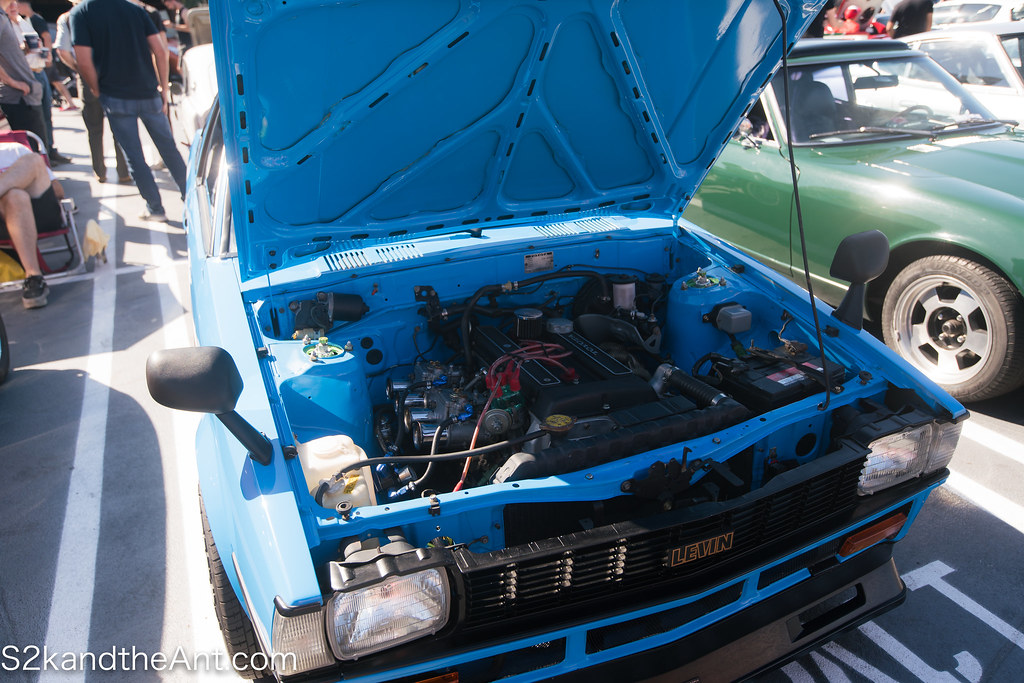 Levin with some carbs. 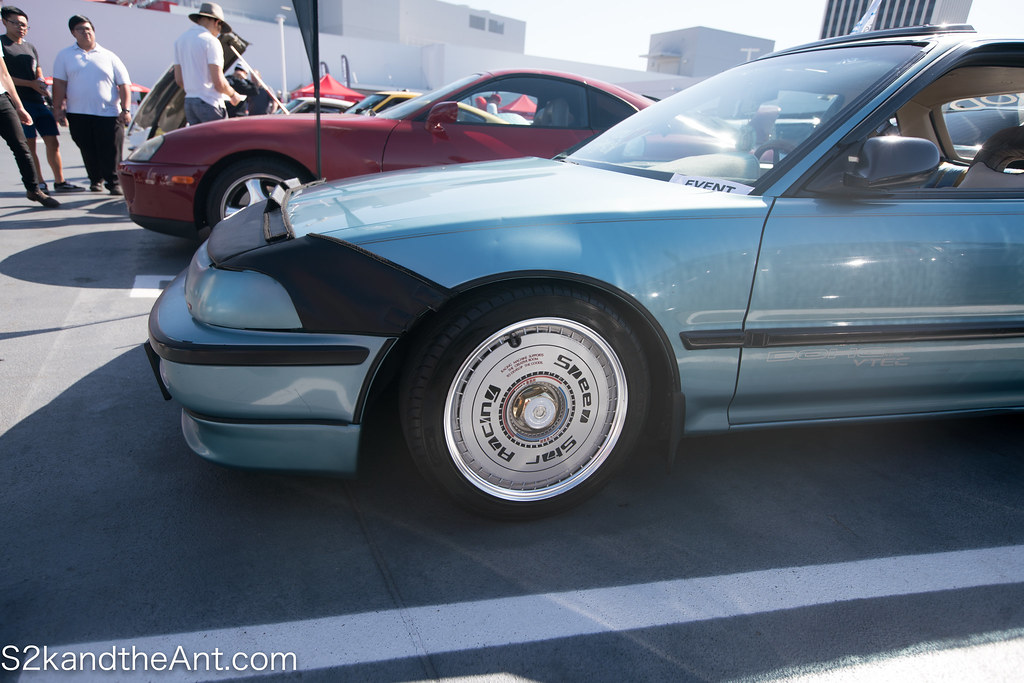 Ending off the post with this DA Integra with Speed Star Racing by SSR EX-C aero covers in super mint condition.  This is a great period correct build! See you guys later for part II.