First post of the year 2017!  So…. lots of things have happened.  Long story short, the S2k is gone, I had to sell the car whole, it wasn’t for money reasons, but I had to let it go quick.  I sold it to a friend and the car has been parted out…. I’m sure my parts are floating out there on a bunch of S2ks out there!  No worries, it’s just a car afterall….

Another life change, I quit my job and I’m studying to do a different field of work.  I’ve been doing that for the past 2 months or so….

Let’s get back on topic.  Everyone knows that the Mugen intake for the S2k requires you to cut up your Hood to fit unless you have an ASM, J’s, Mugen, or Spoon hood.  *Sidenote, I hear that the spoon hood still rubs with the Mugen intake…..

The problem is, after you cut up your hood, there is a nasty ugly hole in your hood.  JDM Tuner, Car Garage Amis rectifies this problem with their MUGEN AIR CLEANER DUCT COVER.  I haven’t seen any real pictures of this besides the stock one on the Car Garage Amis website, which happens to be the smallest picture ever!

Luckily my friend Kevin bought a Mugen intake and the Car Garage Amis MUGEN AIR CLEANER DUCT COVER from RHDjapan! I swear they should sponsor me.  He sent me a few pictures of him installing it….. 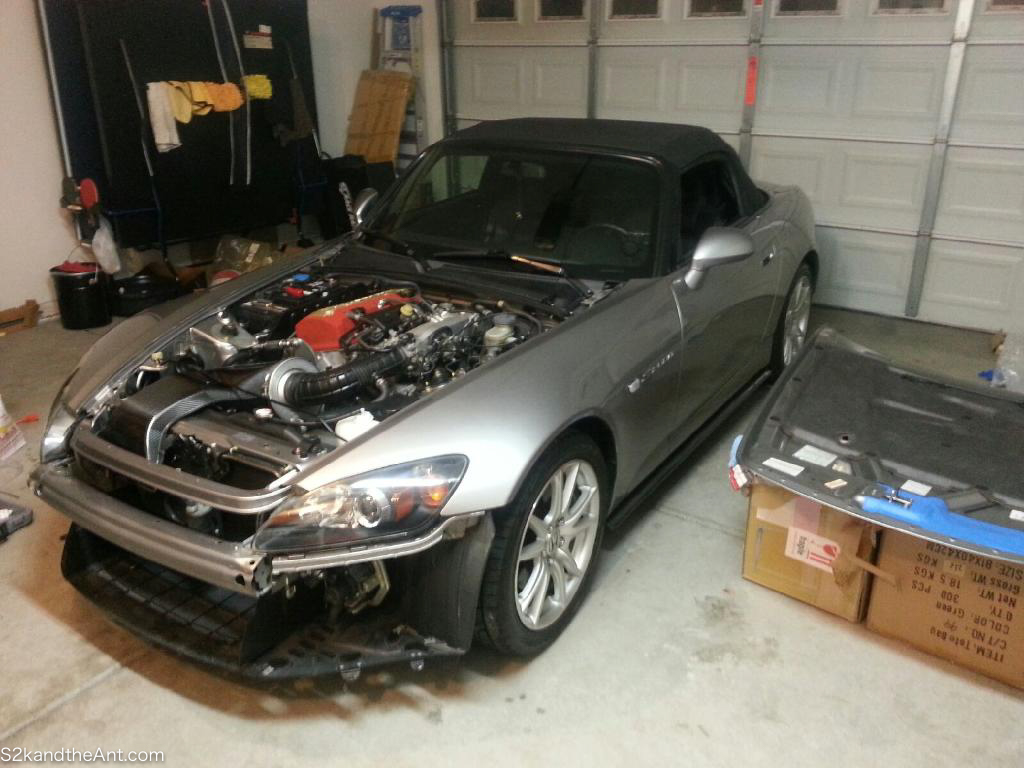 Kevin already went ahead and installed his new Mugen Intake.  I’ll post a DIY on how to do that in the future…. 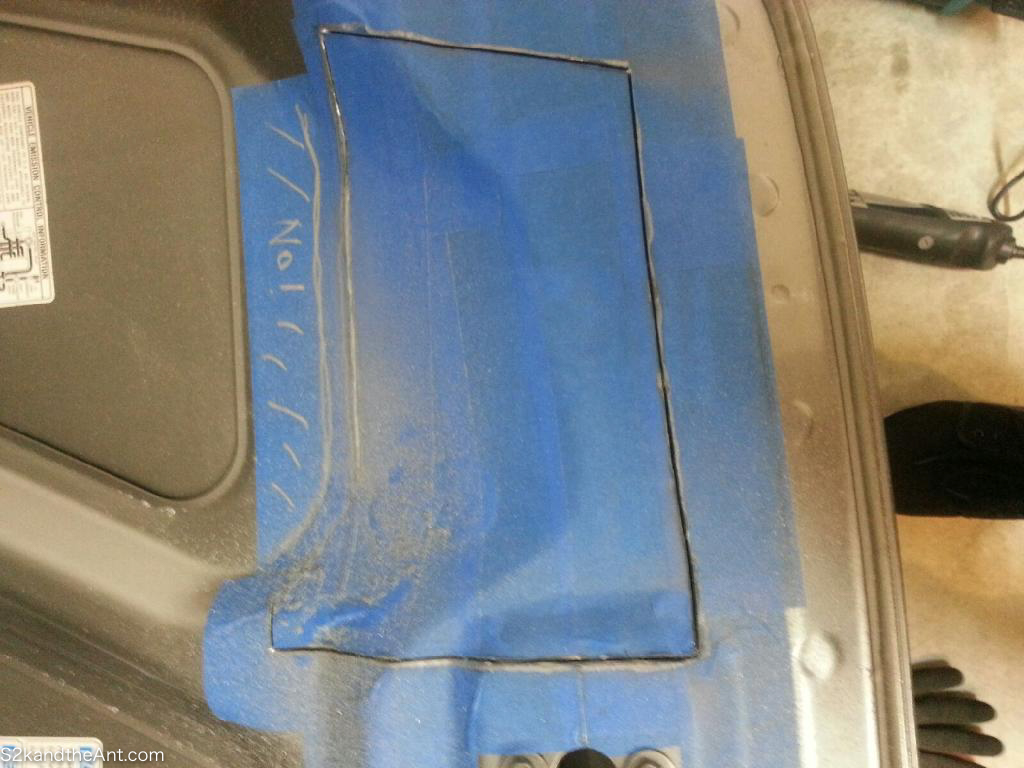 The most ass clenching moment of the entire install.  The Car Garage Amis instructions they send you give you a rough guideline of where to cut and is entirely in Japanese.  Luckily my friend Kevin has some Japanese colleagues that helped him translate this document to further clarify.  Kevin made a rough guideline on where to cut and made a careful incision with his dremel after blue taping it all up. 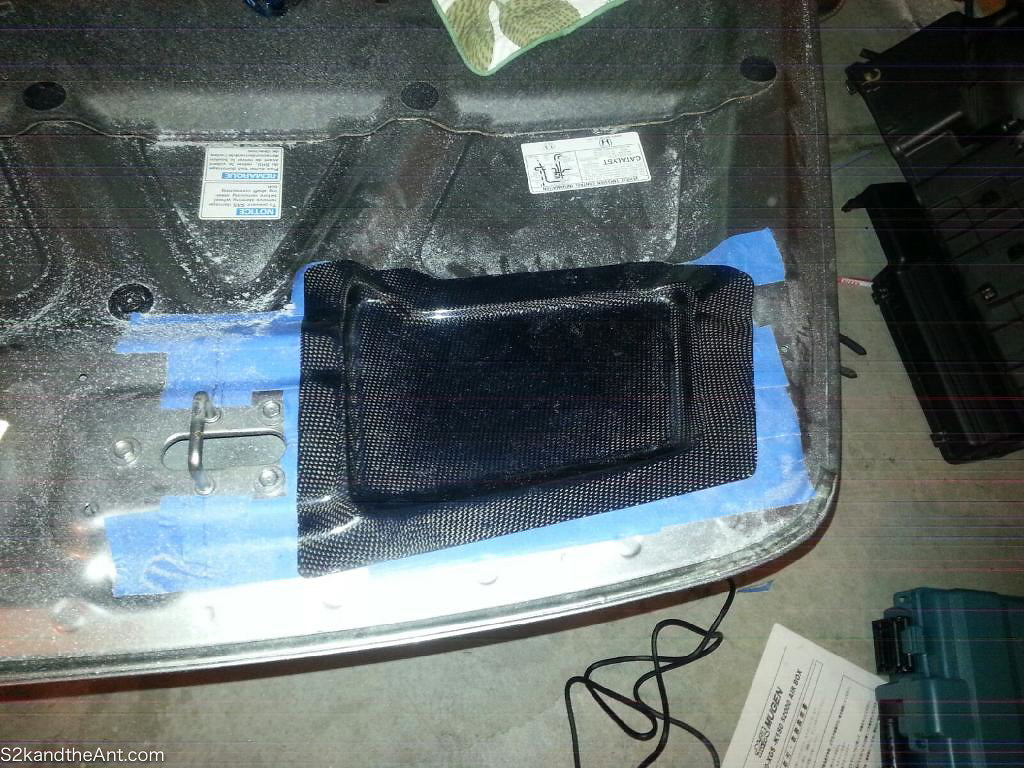 After cutting, Kevin made sure the Cover fit.  Here is a rough mockup of it on his car. 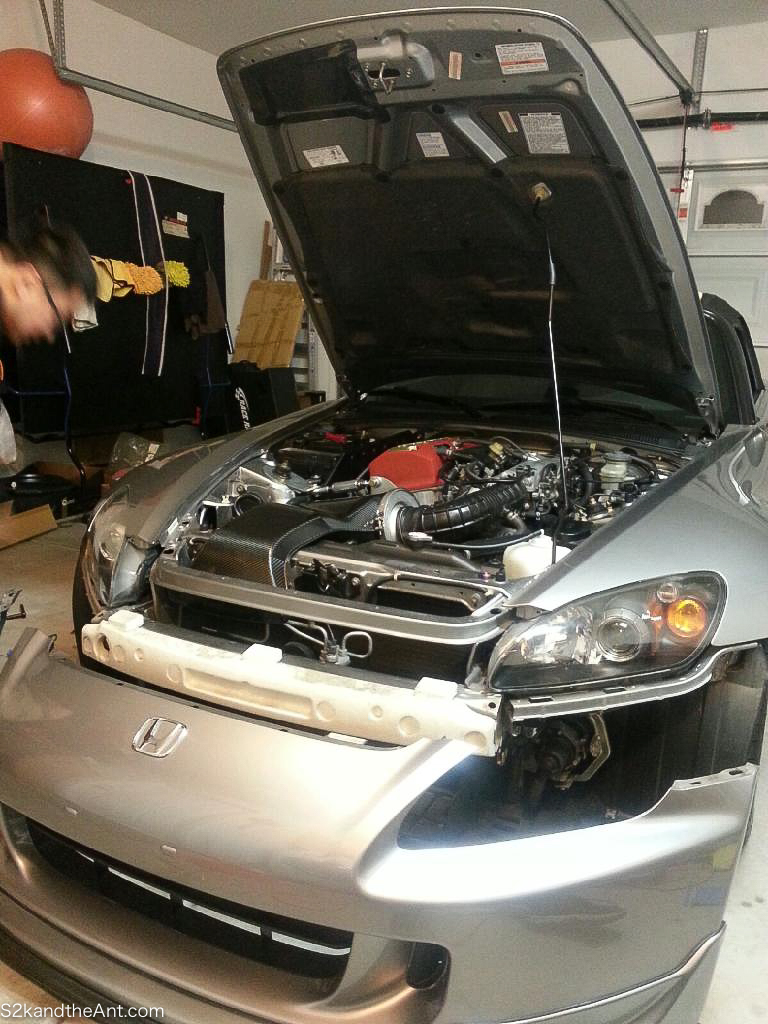 Everything is coming back together! 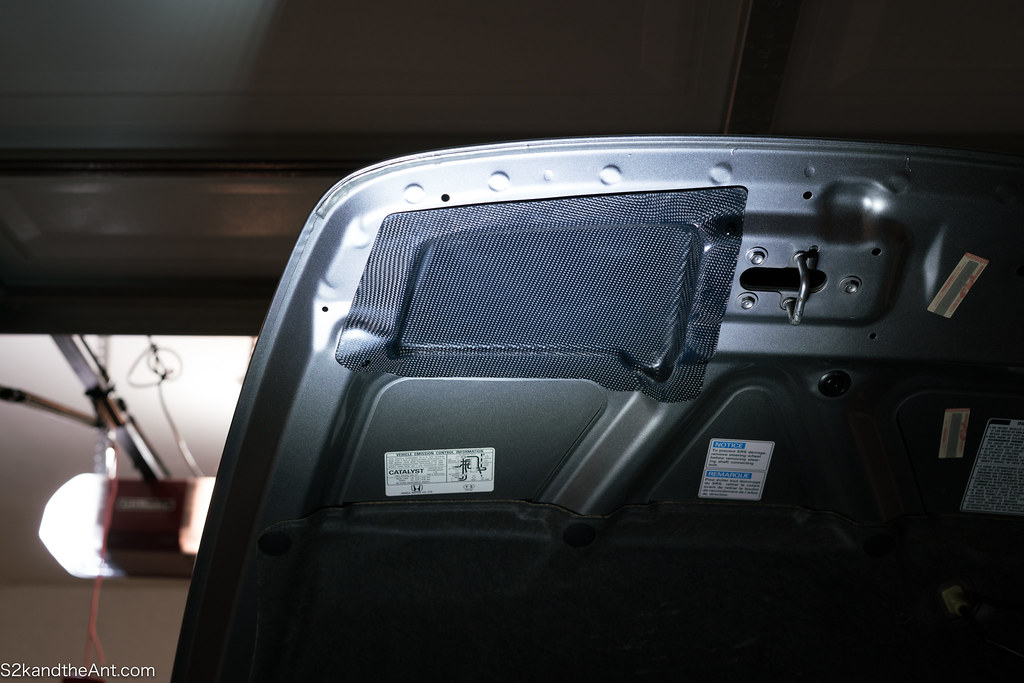 The next day Kevin stopped by my place so I could take a look at everything.  As expected, the fitment was spot on.  I took a couple of snaps… 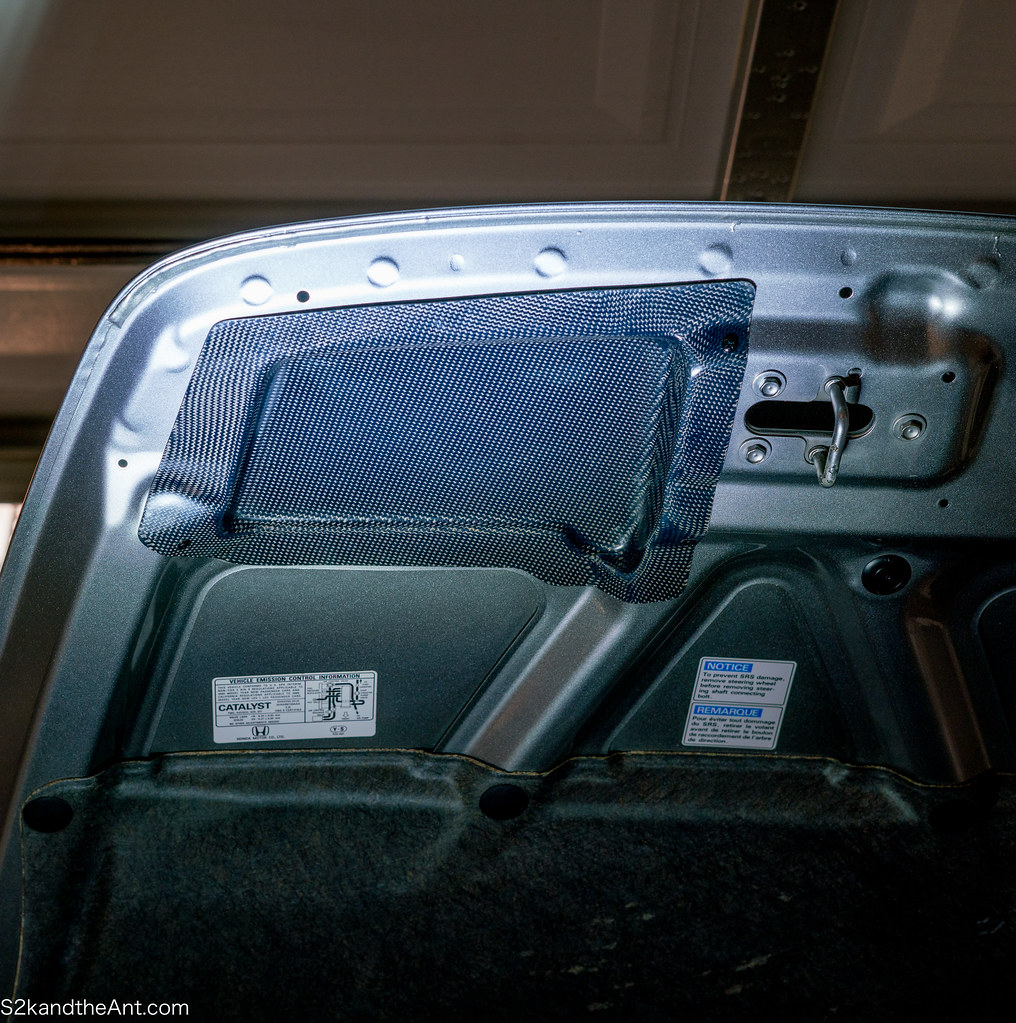 It’s so beautiful, if I had to cut my hood for a Mugen intake I would definitely get this piece.  It really cleans up the engine bay. 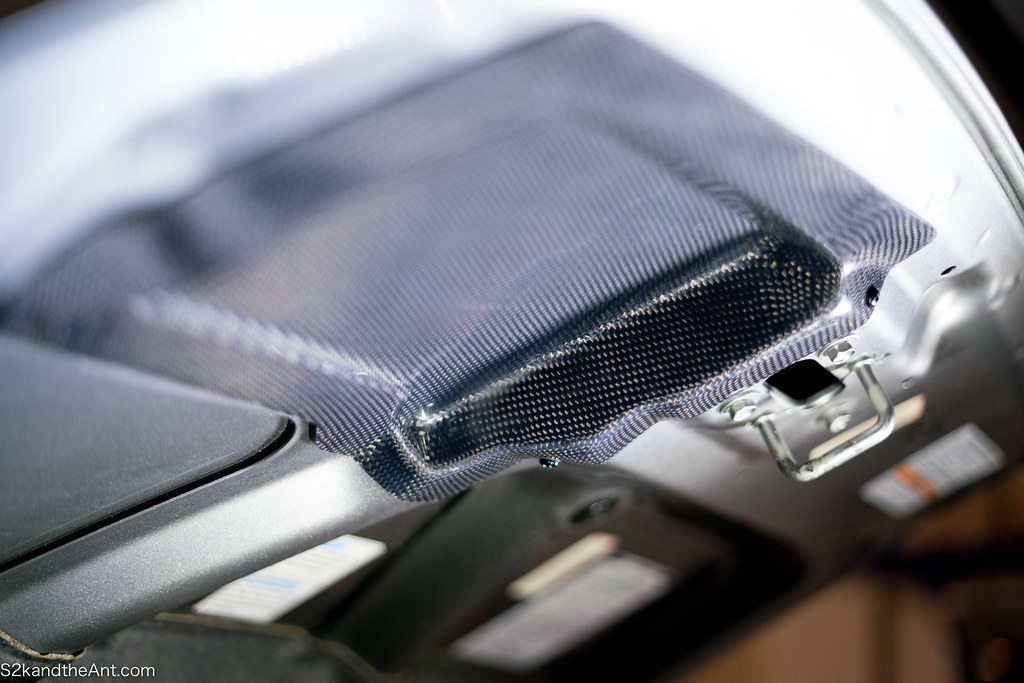 It almost looks factory the way it contours around all the nooks and crannies. 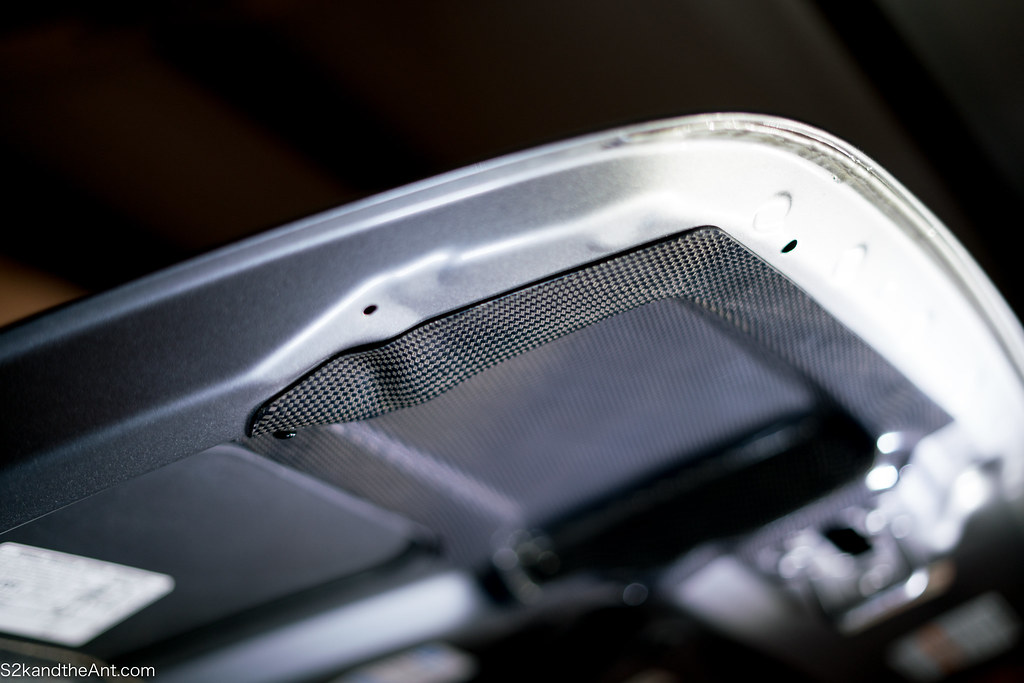 One last look at the MUGEN AIR CLEANER DUCT COVER… 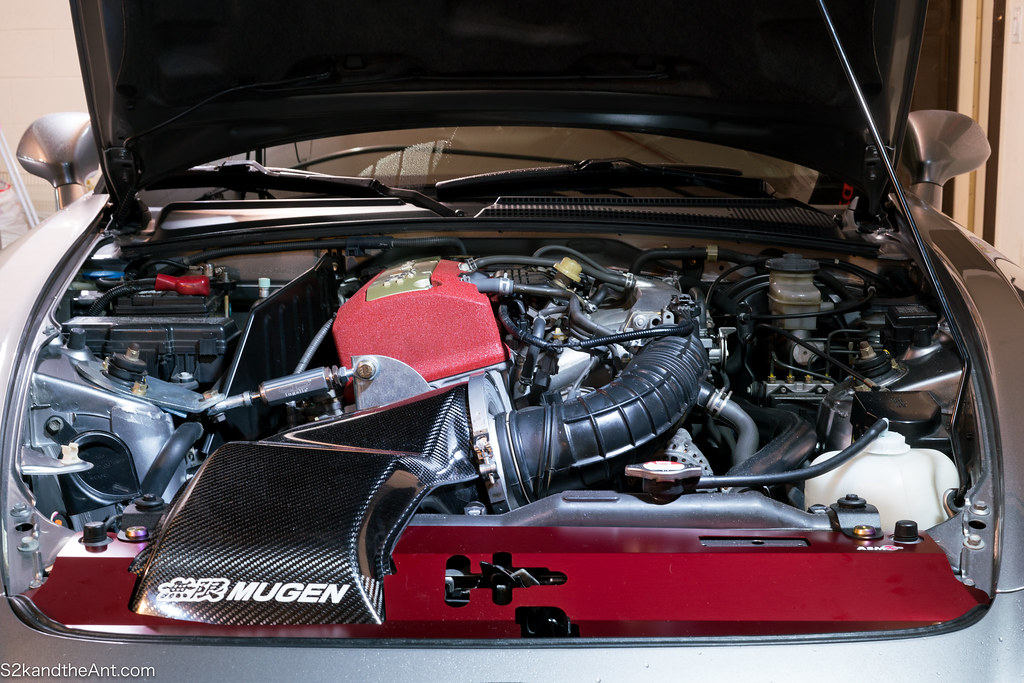 Full frontal shot.  He went with the ASM cooling plate in addition to his Mugen Intake. 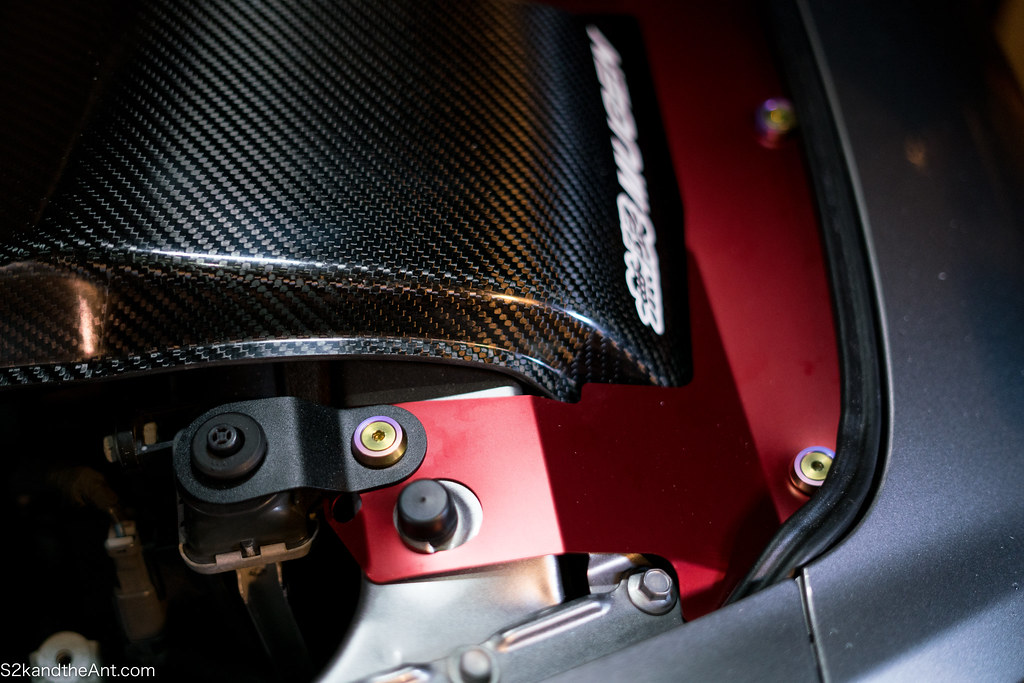 Another shot of his Mugen intake…. and his dress up bolts. 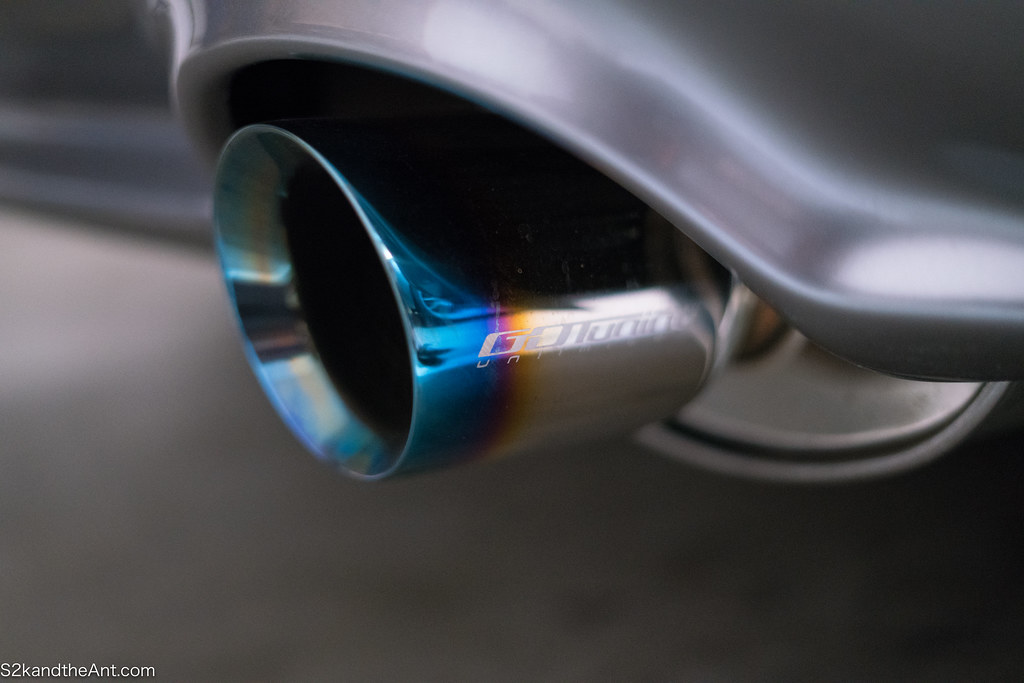 One of the few people with the Gotuning/Greddy Spectrum Elite Exhaust for the S2000.  I remember when these first came out years ago…… The single version has been since discontinued.