One thing that has always irritated me about the S2000 is that the wipers only work in three settings. A predefined INT, Low, and High, but sometimes that INT setting isn’t enough, especially when you are stuck in that awkward area where it is raining, but is raining too little for Low setting and too much for the INT setting….. Most cars come with a variable INT setting from the factory , my Subaru has it, my Lexus has it, heck even most Hondas have it. I will have to admit, this mod is pretty much useless for me since I live in Southern California now, where it rarely rains, and even when it does rain it lasts around 30 minutes, yep, 30 whole minutes….. this is no Florida. 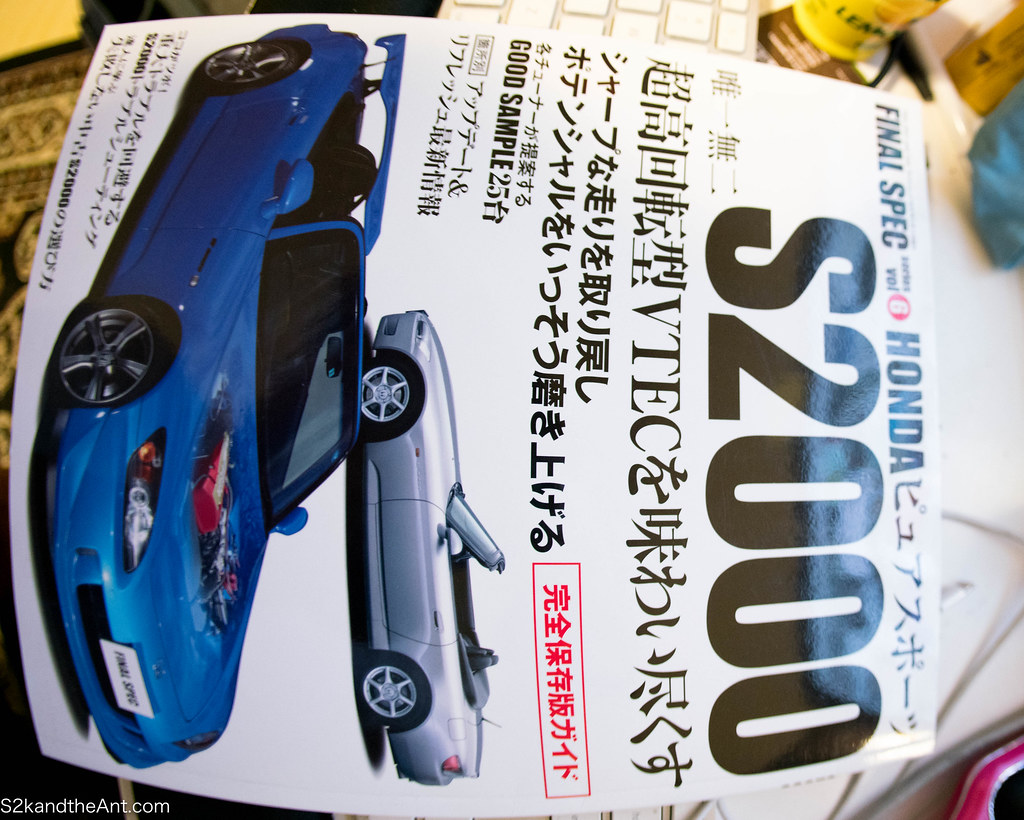 Being the S2000 Otaku I am, I feel like there is nothing new about the S2000 I could possibly learn, but I was sadly mistaken after I read this FINAL SPEC magazine from Japan. FINAL SPEC is a badass magazine, it is different than Hyperrev because this issue focuses more on restoring S2000 than outright Modifications and in detail! 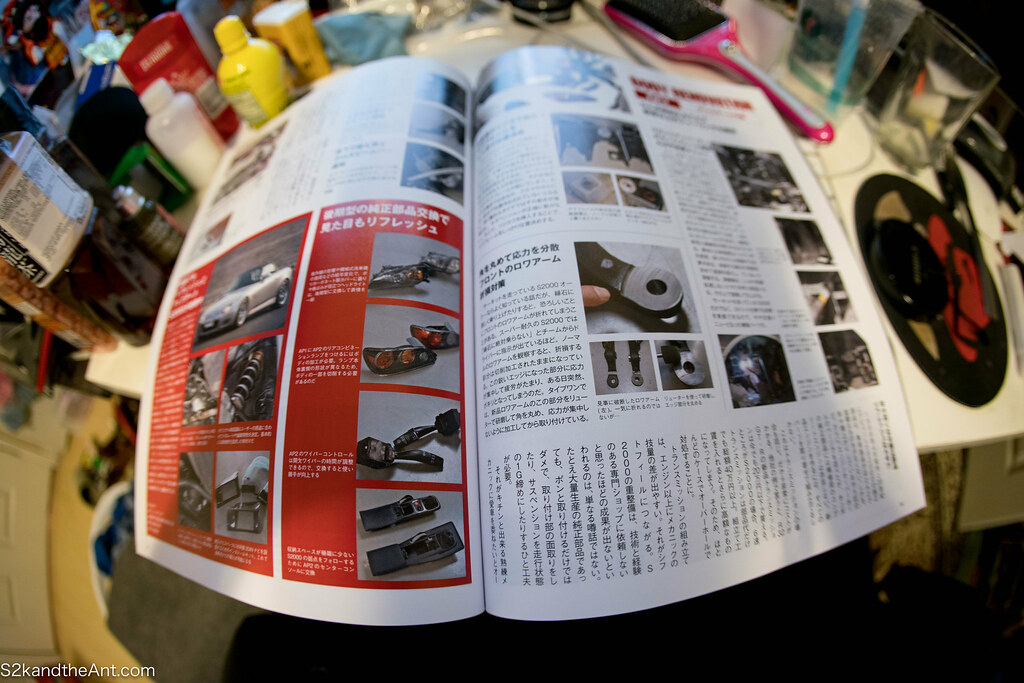 In the magazine, Spoon featured an article detailing what to look out for with S2ks as they age and what can be done to an AP1 model to modernize it.  I have personally done most of what they recommended in this red box, AP2 headlights, Ap2 Tailights, Ap2 Center console, but what is this?! Honda Access Variable wipers?  I never knew these even existed.  At first, I thought they came standard on Ap2s in Japan, but after looking through a few websites and photos, this was not the case…. 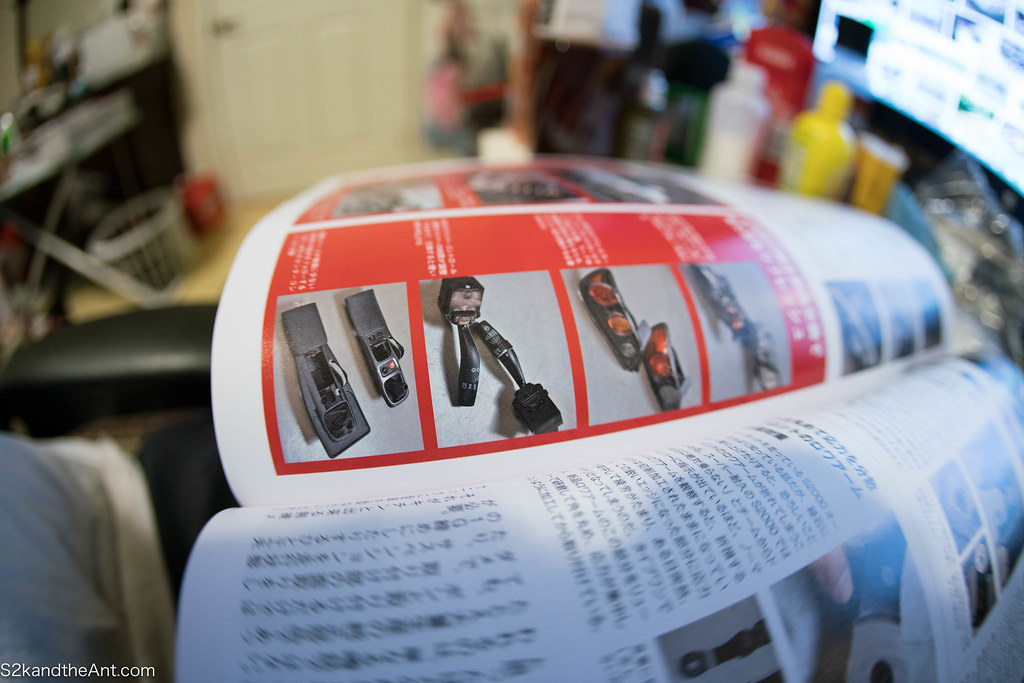 After some intense searching, I found out that they are in fact a Honda Optional item, from their Honda Access line.  Intrigued, I found a part number and put an order in….. 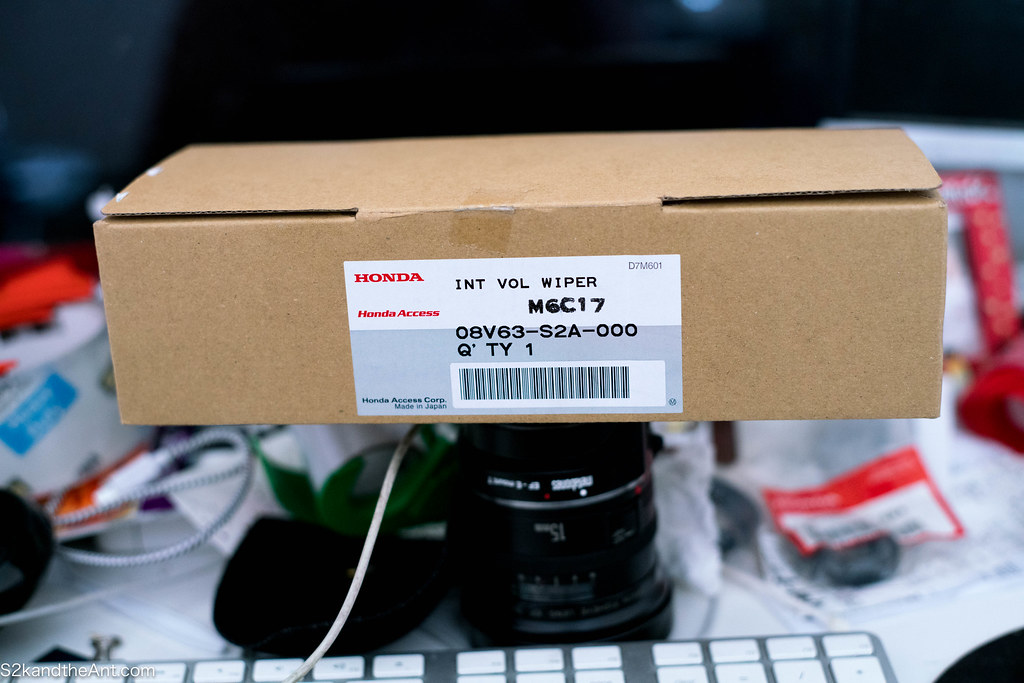 A few weeks later this item arrived at my doorstep. The box came with the wipers, a harness plug, and a sheet of black stickers….. I’ll explain more on that towards the end of the post. 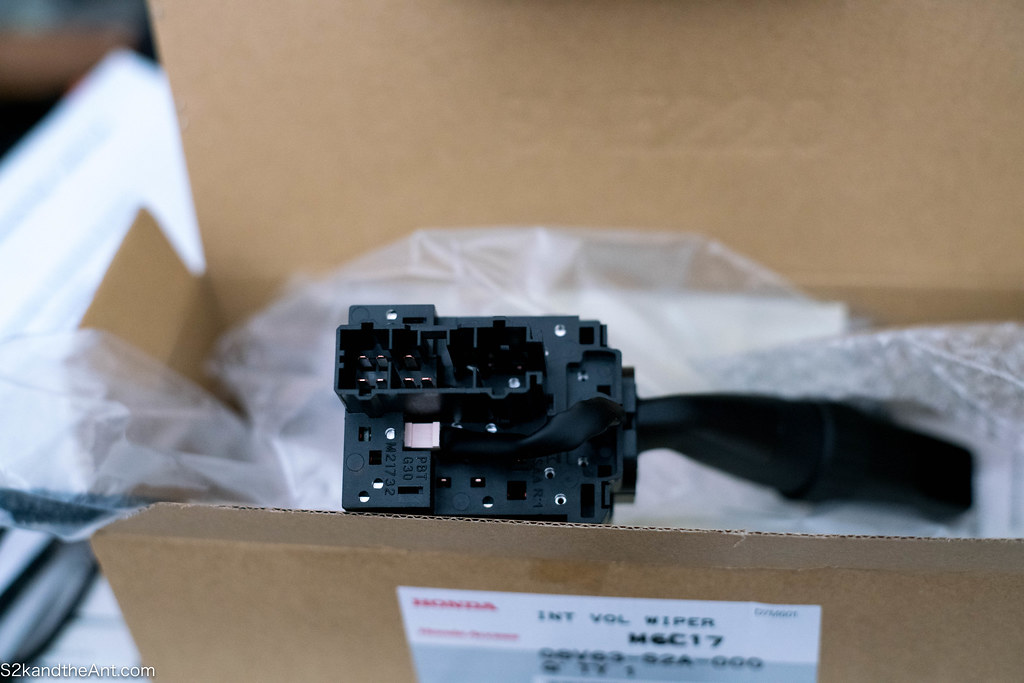 Obviously, there is one major hurdle preventing me from using this out of the box.  The Wipers in Japan are on the left-hand side, while in the USA our cars have the wiper on the right side.  The pinout looks the same but mirrored compared to the US version, I verified this with my Multimeter using the US factory service manual tests.  So what made the Variable Intermittent function tick? 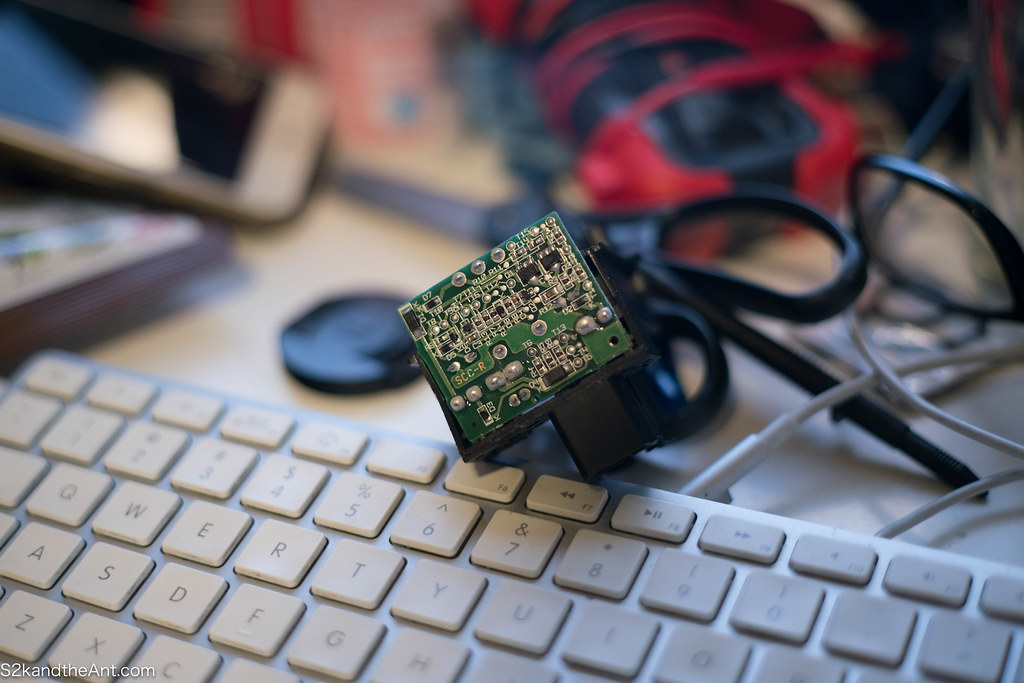 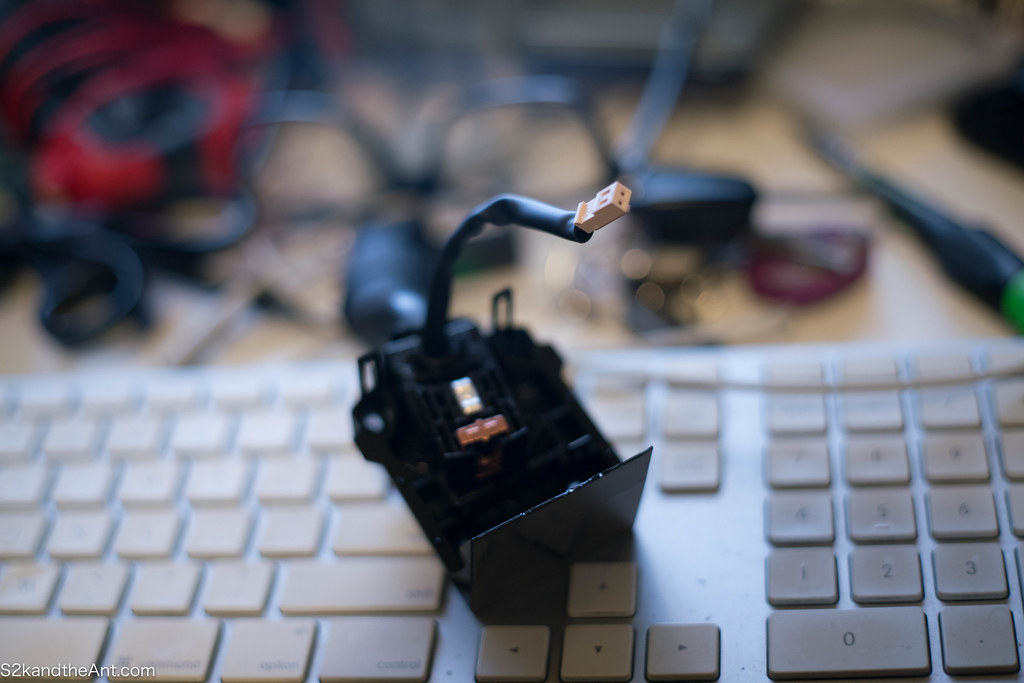 One thing I noticed about the JDM Variable Intermittent Wipers is that the wiper stalk has a two pin wire. 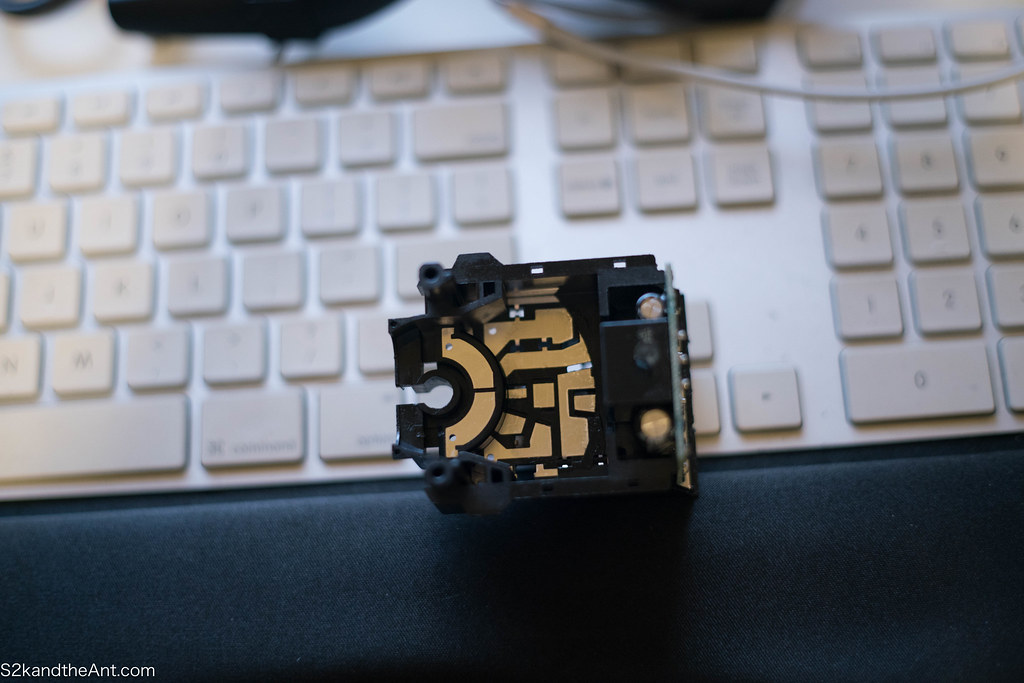 After opening up the unit, you can see how there is a circuit board integrated and that the wiper contacts are on the opposite side. 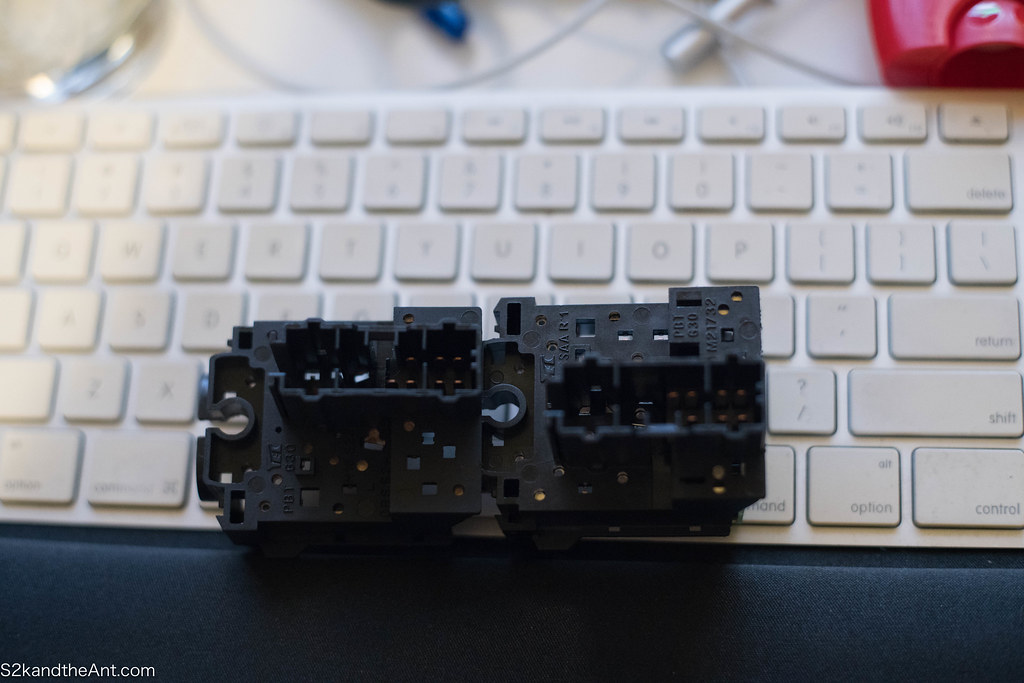 Even the pins are flip-flopped upside down. 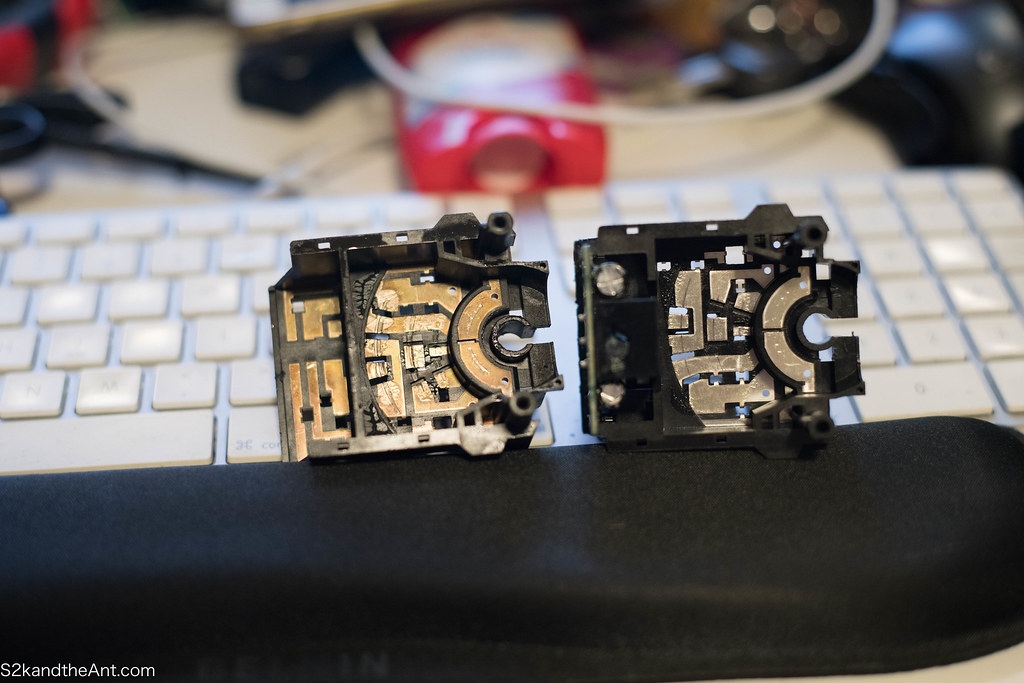 The US S2k wiper connections on the left and the JDM unit on the right.  You can see how it is different due to the orientation of where the wiper stalk sits. 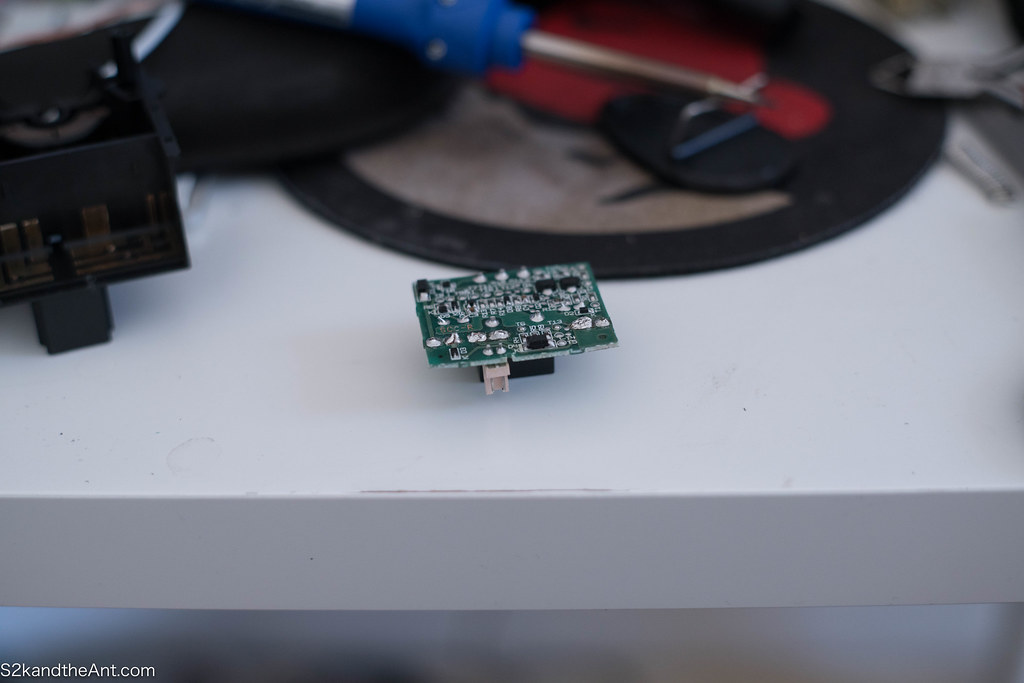 After some desoldering, I was able to remove the JDM Variable Intermittent Wiper control board from the housing. 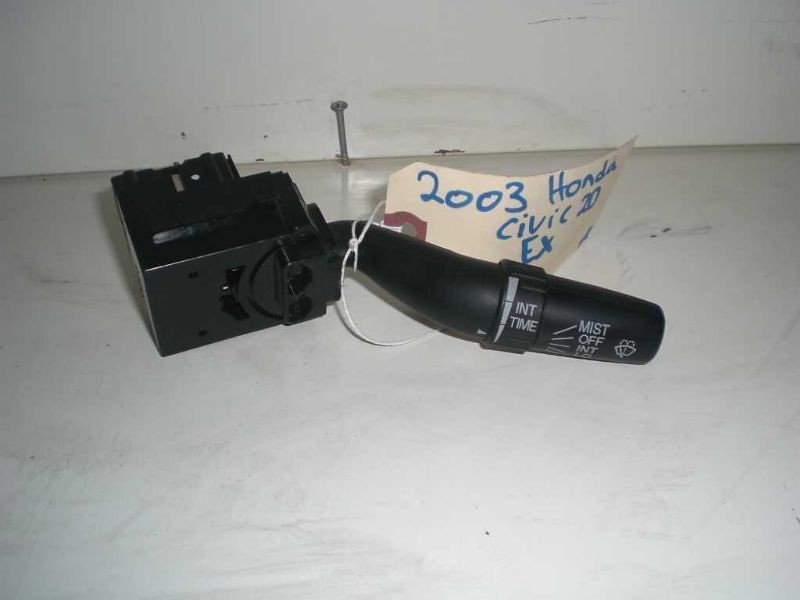 After even more research, I found that the 2003-2005 Honda Civic EX came with a Variable Intermittent Wiper stalk that looks identical to the JDM unit, but on the correct right hand side.  The pinout on this civic unit is identical to an S2k, but has 2 extra pins for the Variable intermittent wiper circuit.

I don’t have any pictures of the process of me wiring the JDM Wiper control board to the 2003 EX civic unit, but it is self-explanatory once you look the jdm unit over with a multimeter.  After days of cursing and inhaling enough solder for a lifetime, I finally merged the JDM control board with a USDM S2000 Wiper Housing using 2003 Honda Civic EX Wiper Stalk….. Did you know the windows and the wipers run on the same 20A fuse?  I found that out the hard way. 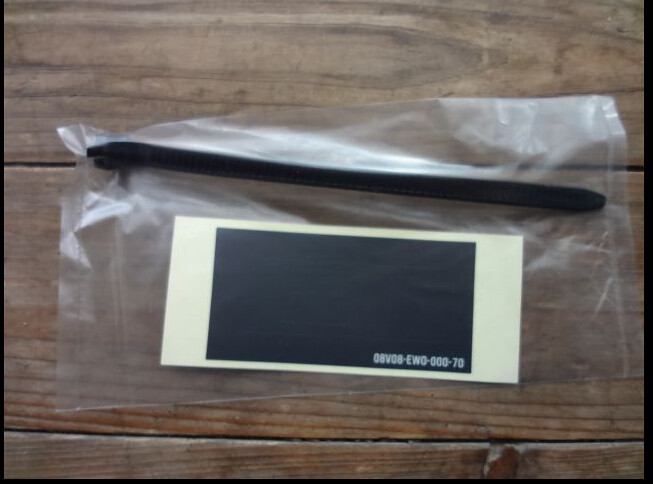 This is from a Japanese website I found online.  Remember that sheet of black sticker that came with the wipers. 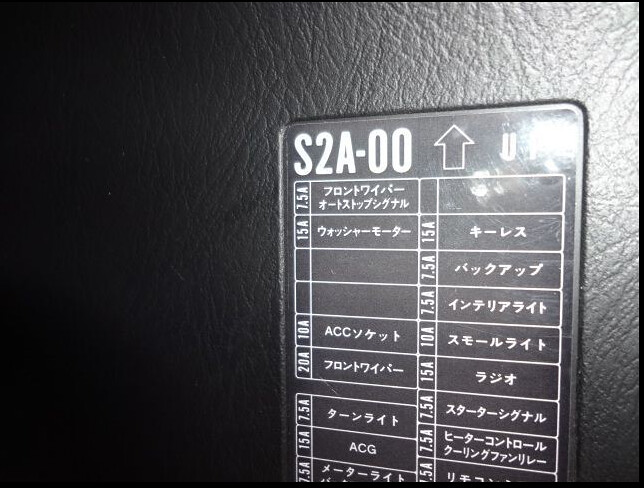 According to the Japanese instructions, after installation of the JDM Variable Intermittent Wipers unit, you have to remove the 7.5A Fuse “FR WIPER AUTO STOP SIGNAL” since the control board is taking this function now. 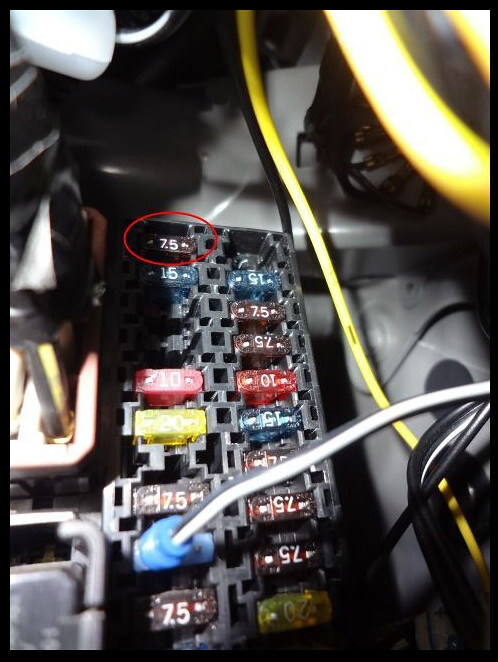 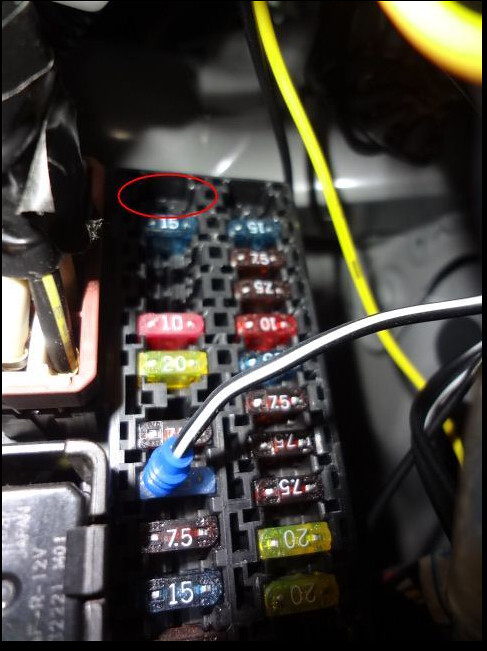 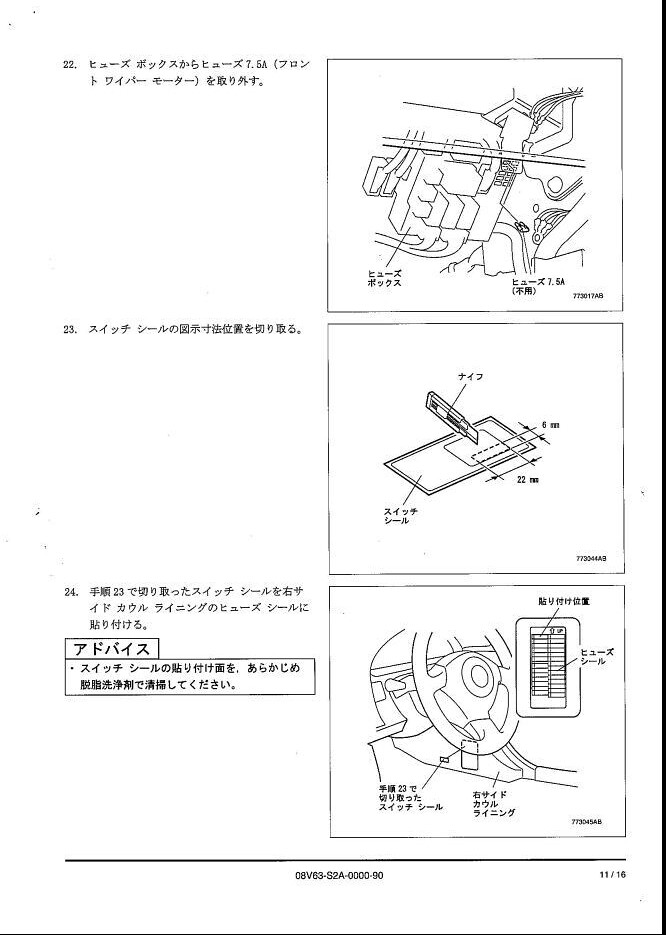 This is what I love about JDM tuning.  The Meticulous attention to detail, since the fuse is not in use anymore, they provide you this black tape block it out the description on the fuse panel. 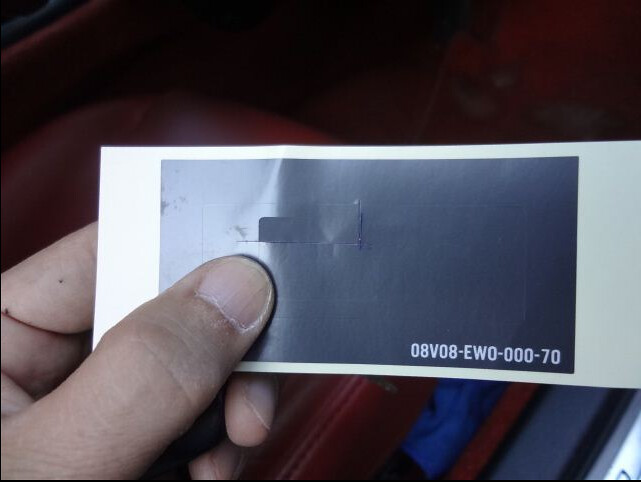 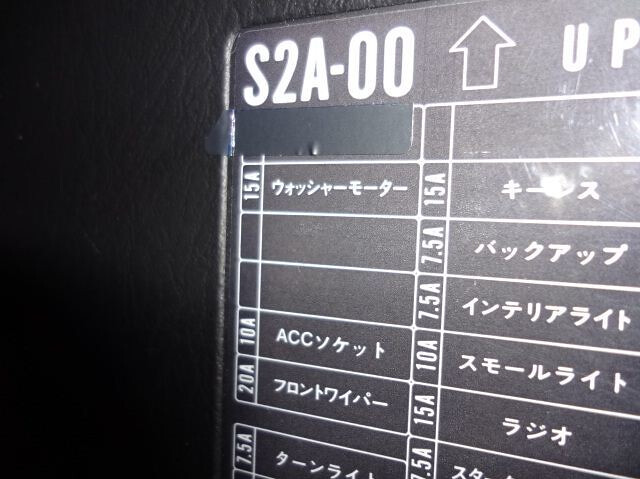 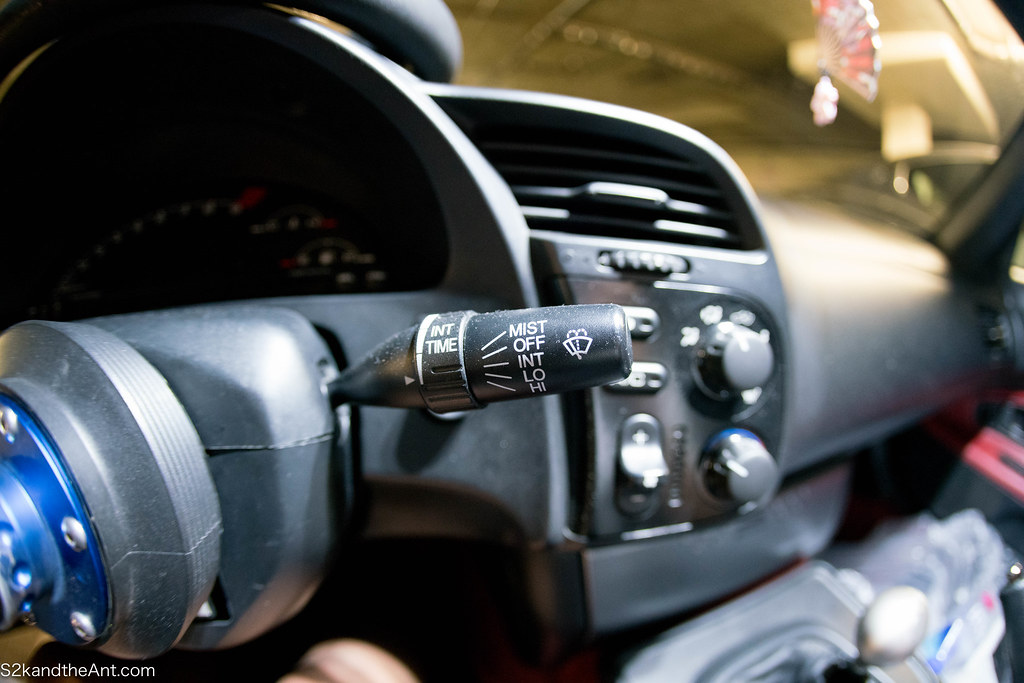 This is what it looks like after I got everything buttoned up and tested.  Everything works perfectly. 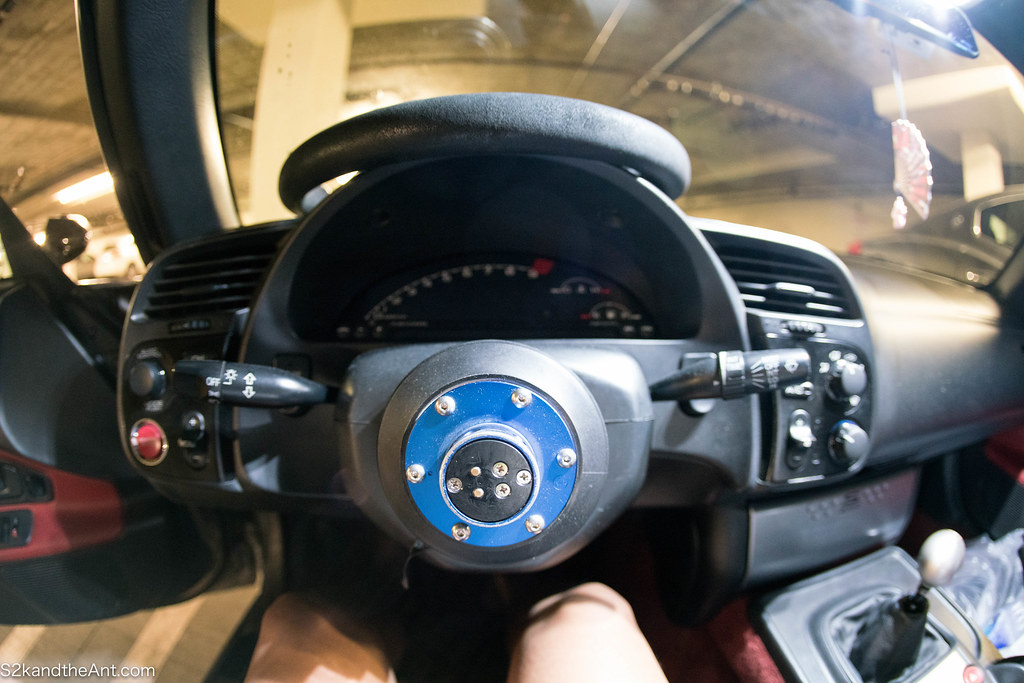 The wiper sits slightly higher than the turn signal stalk.

This is expected. In the JDM Modulo catalogue it mentions that after you install the Honda Access Variable Intermittent Wipers, the wipers will sit higher than the turn signal stalks.  I suspect that the Wiper Stalk Arm is also from the Honda Parts Bin…. 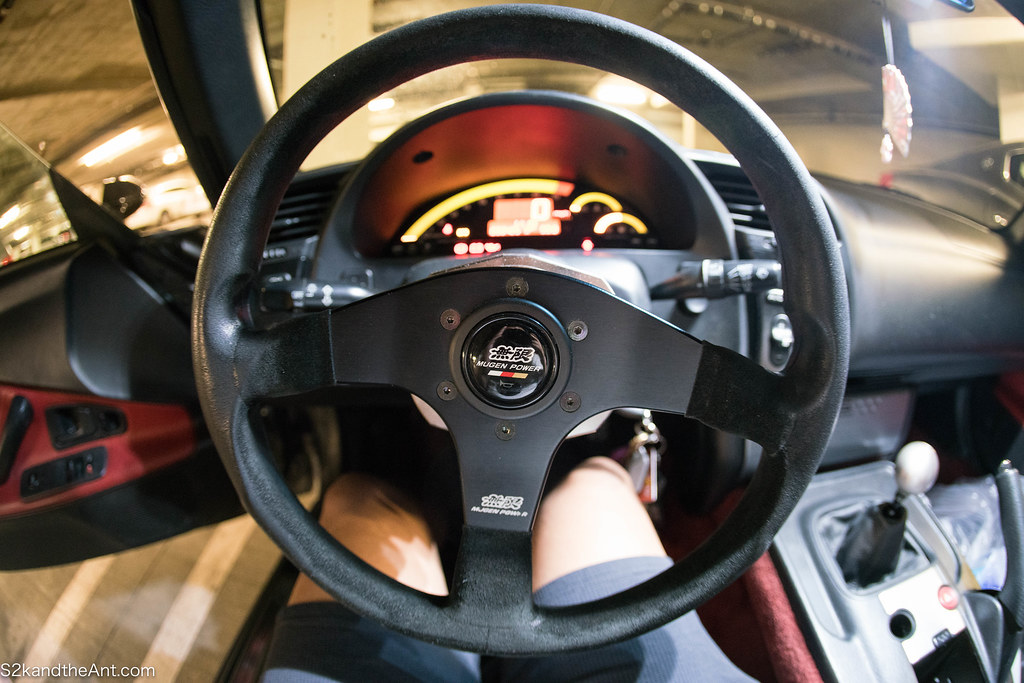 With the steering wheel on…..

You guys might be wondering why I have a hole in my center console where the roof button used to be.  I recently sold my harddog roll bar and put my interior back in.  I used to have my accessory power socket here, but it has since been moved back to the glove box. …. I’ll figure out a way to fill it soon.