It’s now August if you can believe it.  This year has been pretty busy, a new job for me and new ventures in life.  This past week I made some time out of my day to head to my friend Alan’s new-ish shop.  He used to have another spot in Gardena before, but now has a much larger space in La Habra.  Hit him up on his IG if you ever need some parts for your S2k.

I will admit I am falling out of love with my S2k, or the S2k scene,  makes sense since my S2k is just a pile of metal with no end in sight.  The scene is definitely stagnant and all the builds that are coming up are all the same IG bullshit, but what can I expect? the S2k is a 20 year old car now!  Another quick irk I have with the scene is the people trying to make a quick buck off of fellow enthusiasts, raffles of cars, buying shit off of RHDJapan or Jesse Streeter and then trying to resell it in USA for 30% more, Euro Spec floor mats readily available from Hendy UK.  Come on people get a real job, it’s not nice to pray off the ignorance of people.

On to the main event…

Upon arriving at Alan’s shop I couldn’t help to notice this duo in the background. 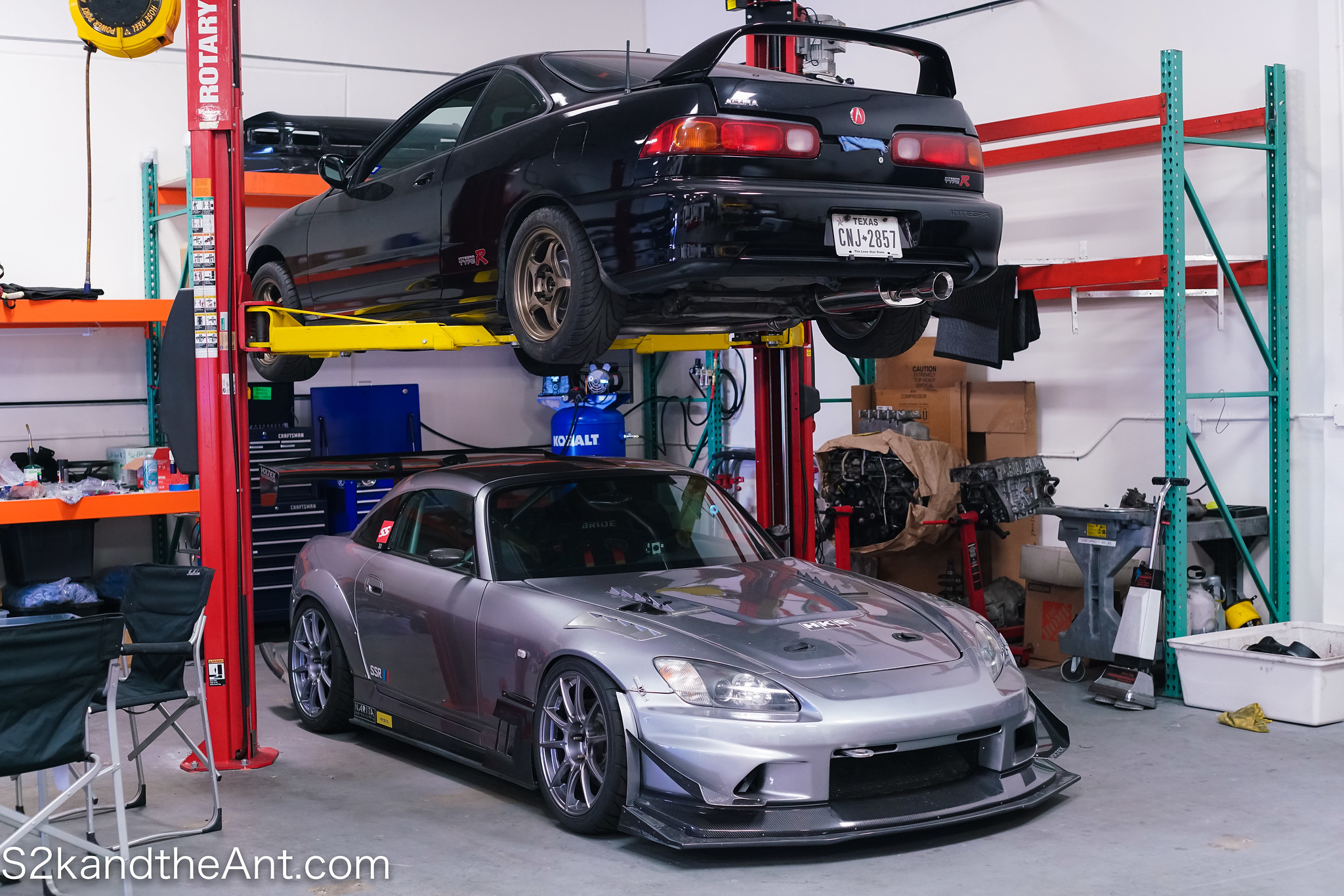 Son’s Silverstone Ap1 with some Varis Goodies and a black ITR. Amazing the prices these ITRs are fetching on Bring a Trailer now.  Son’s Ap1 is rocking a HKS Supercharger kit! Probably my favorite SC kit for the S for obvious JDM reasons. 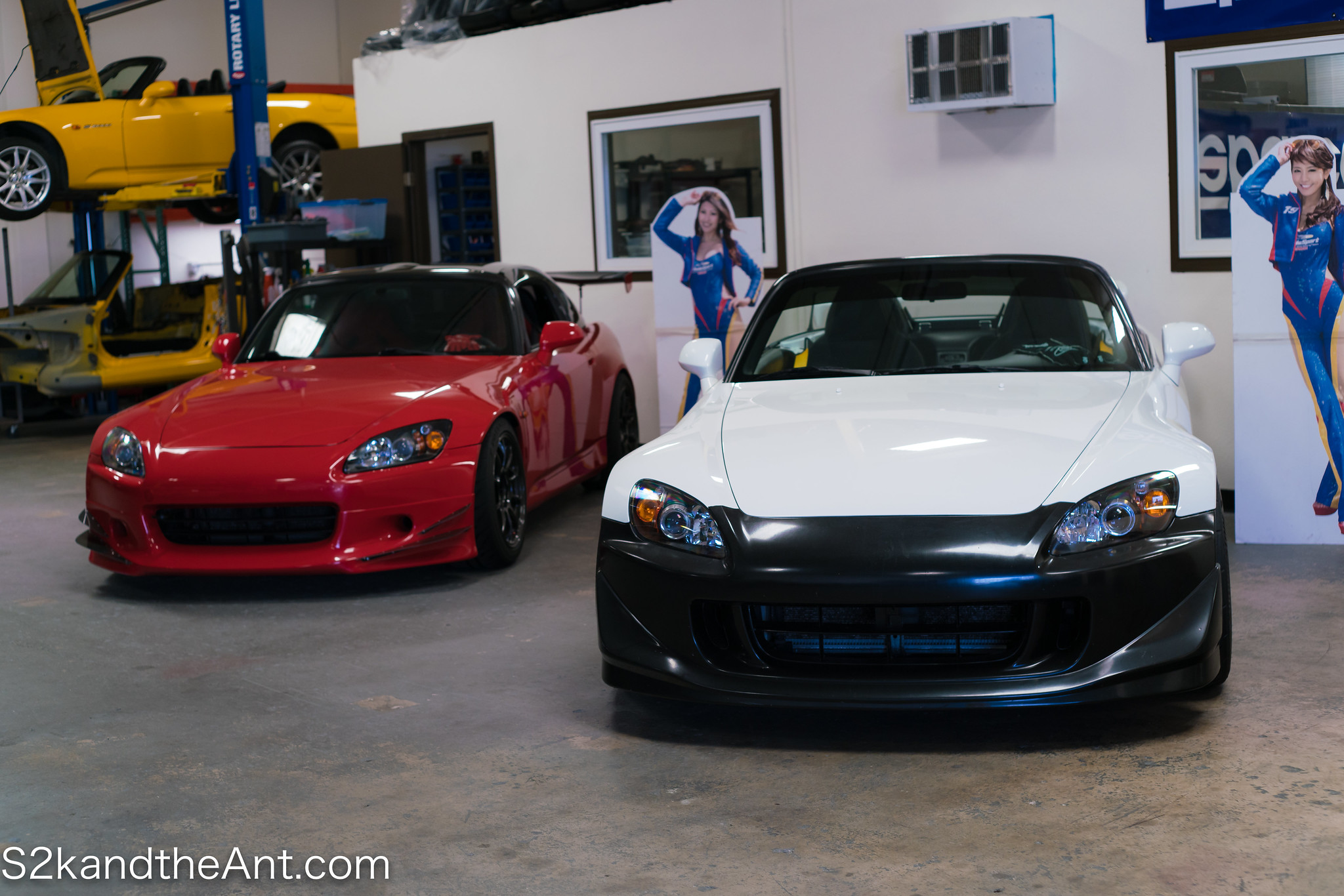 Some S2ks from Alan’s personal collection.  His S2k CR with a Ballade Sports integrated bumper/CR lip combo he uses for the track (he still has his factory one) and his amazing red Ap2 with J’s racing half lip, ZE40, Mugen Dry CF hardtop, and wing.  This car is probably my favorite Red S2k of all time.  Of course JDM model girls in the back to match! 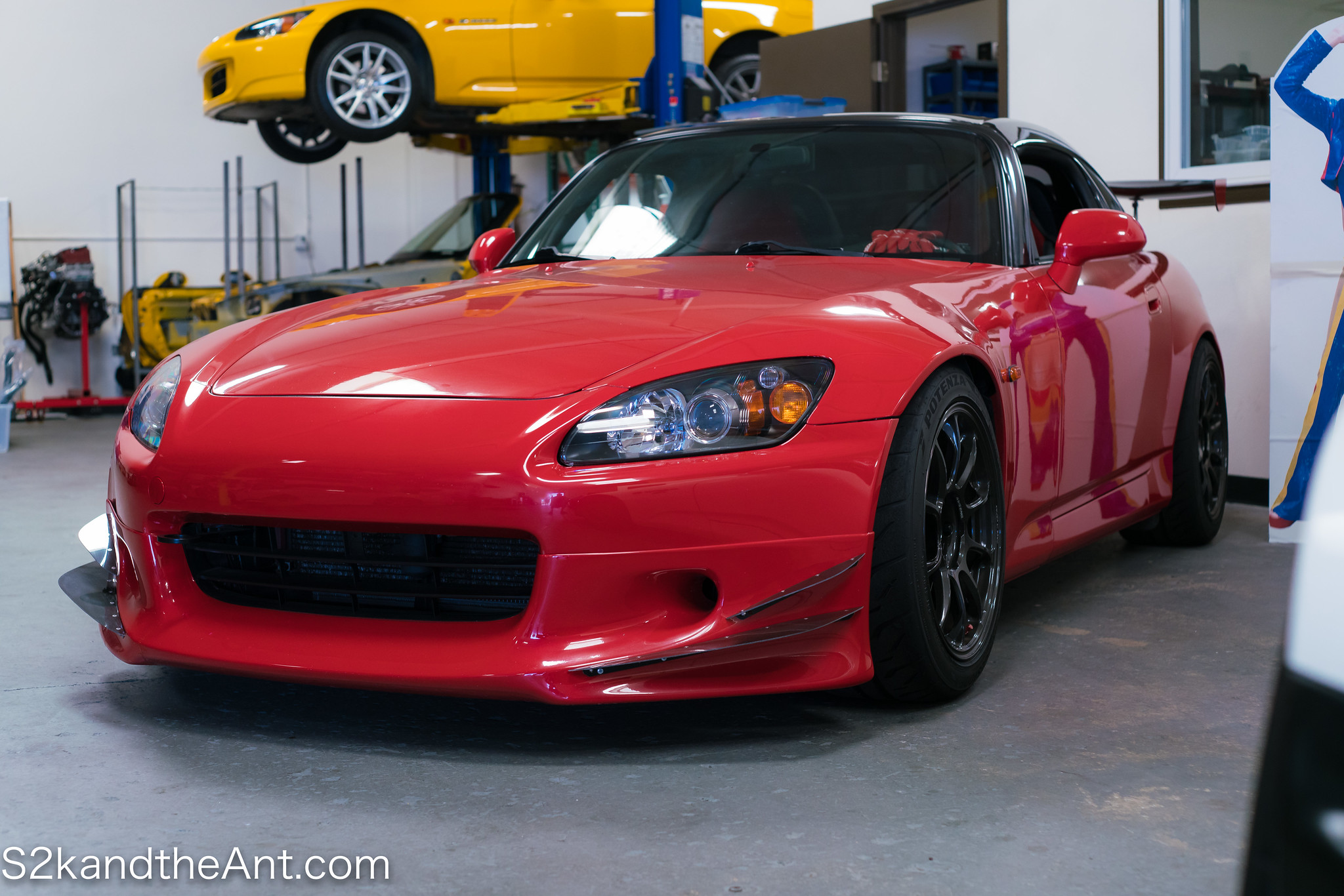 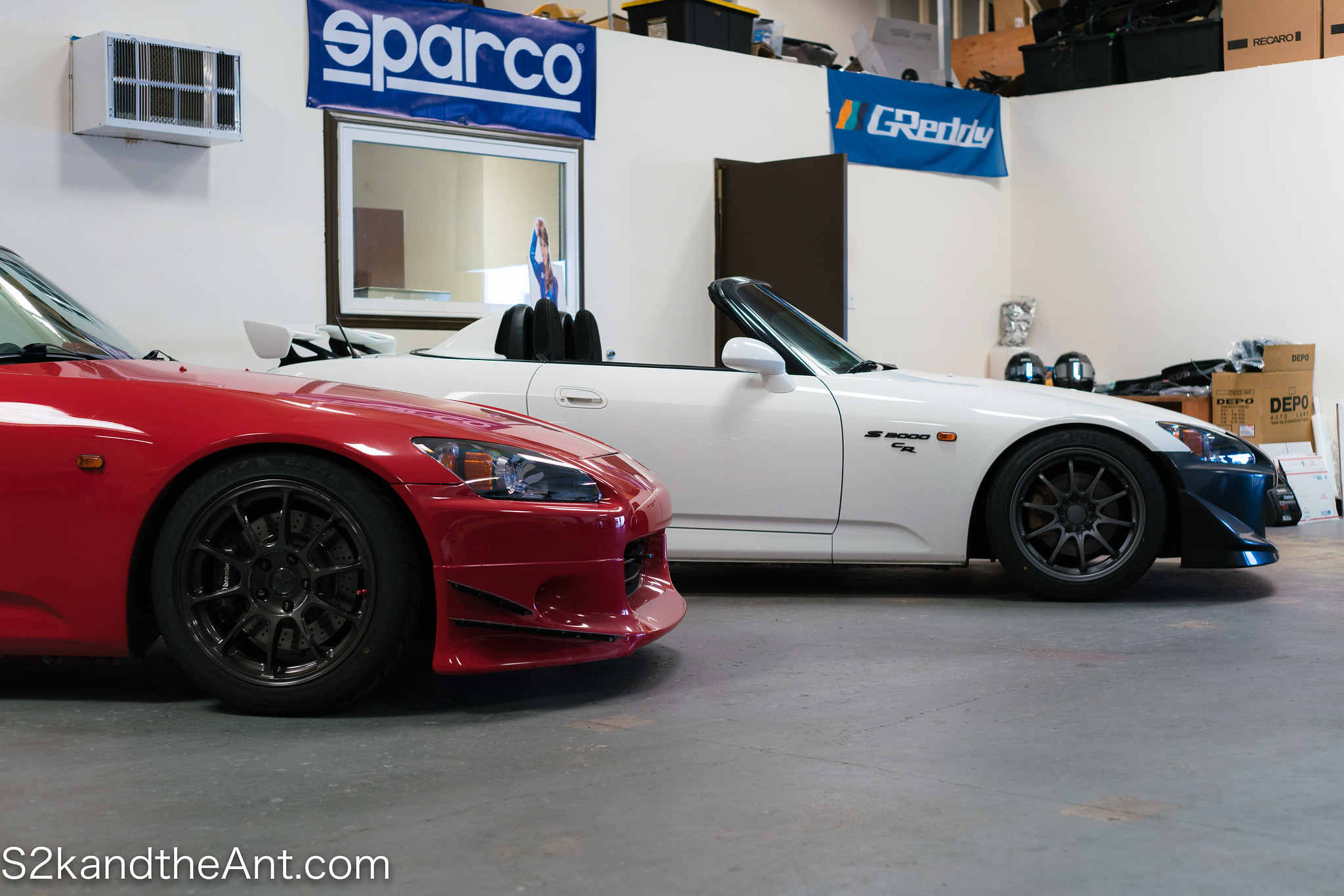 Alan’s Ap2 is rocking an Official Brembo BBK under those Ze40.  Not some ghetto fabbed DC5-R conversion kit. 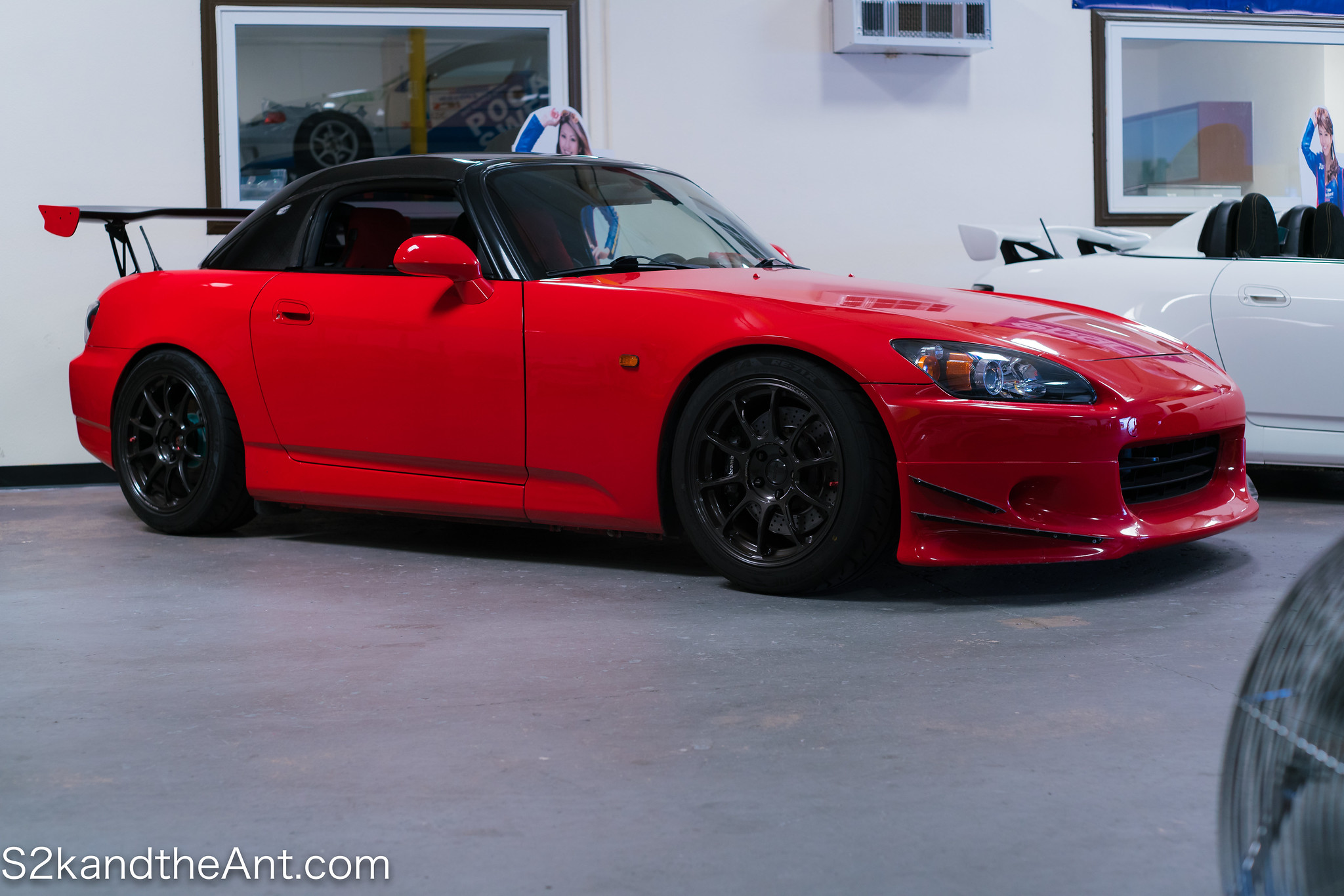 Love it, so well put together. Realized I should have took a picture of his RX7 spirit R Recaro seats in the car….. 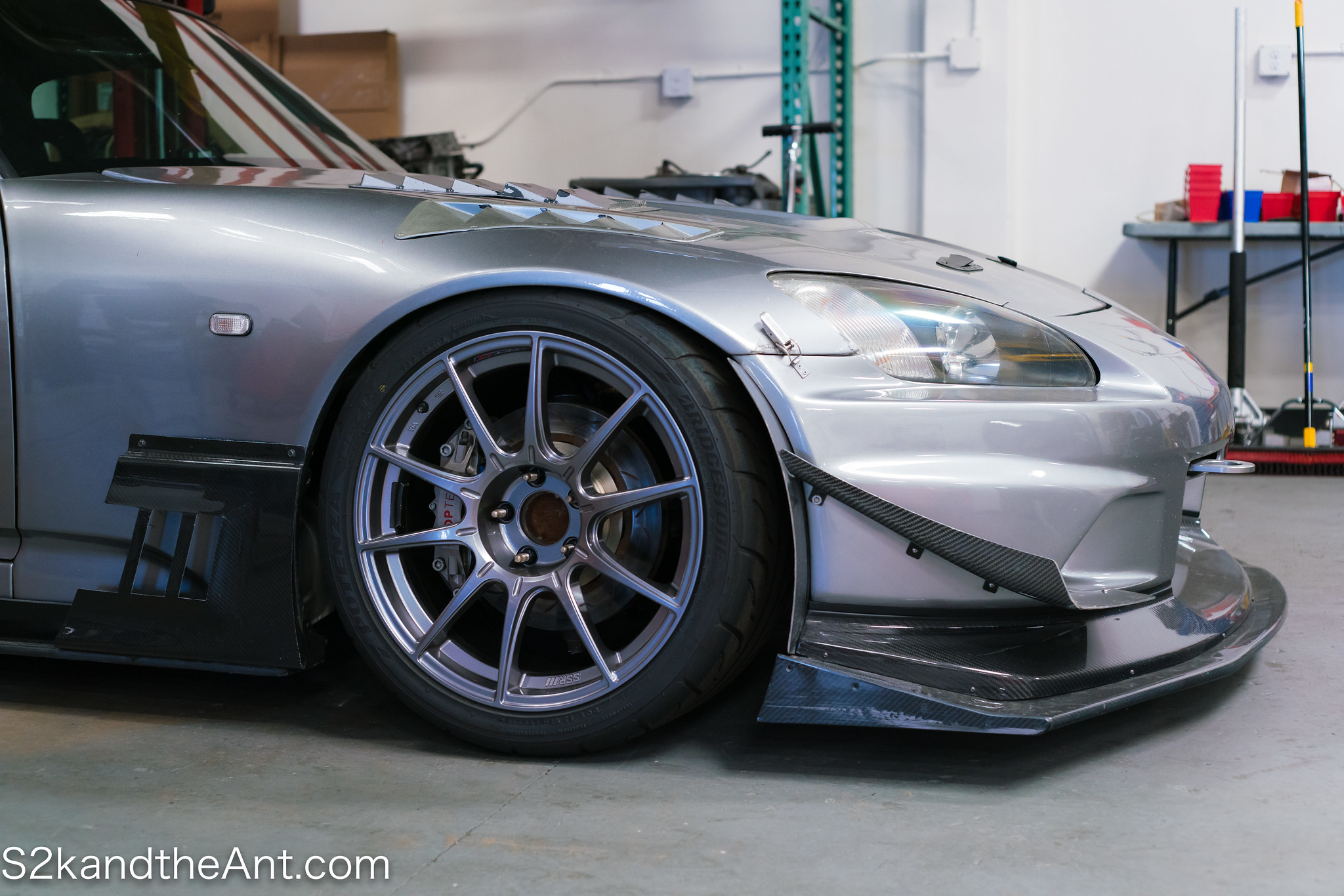 Now back to Son’s car. Son is a true track meister, all of these parts on his car have purpose to chase down the fastest lap times…  I believe he manufactures these vents on his car.  Those Stoptech Calipers look great behind the SSR wheels. 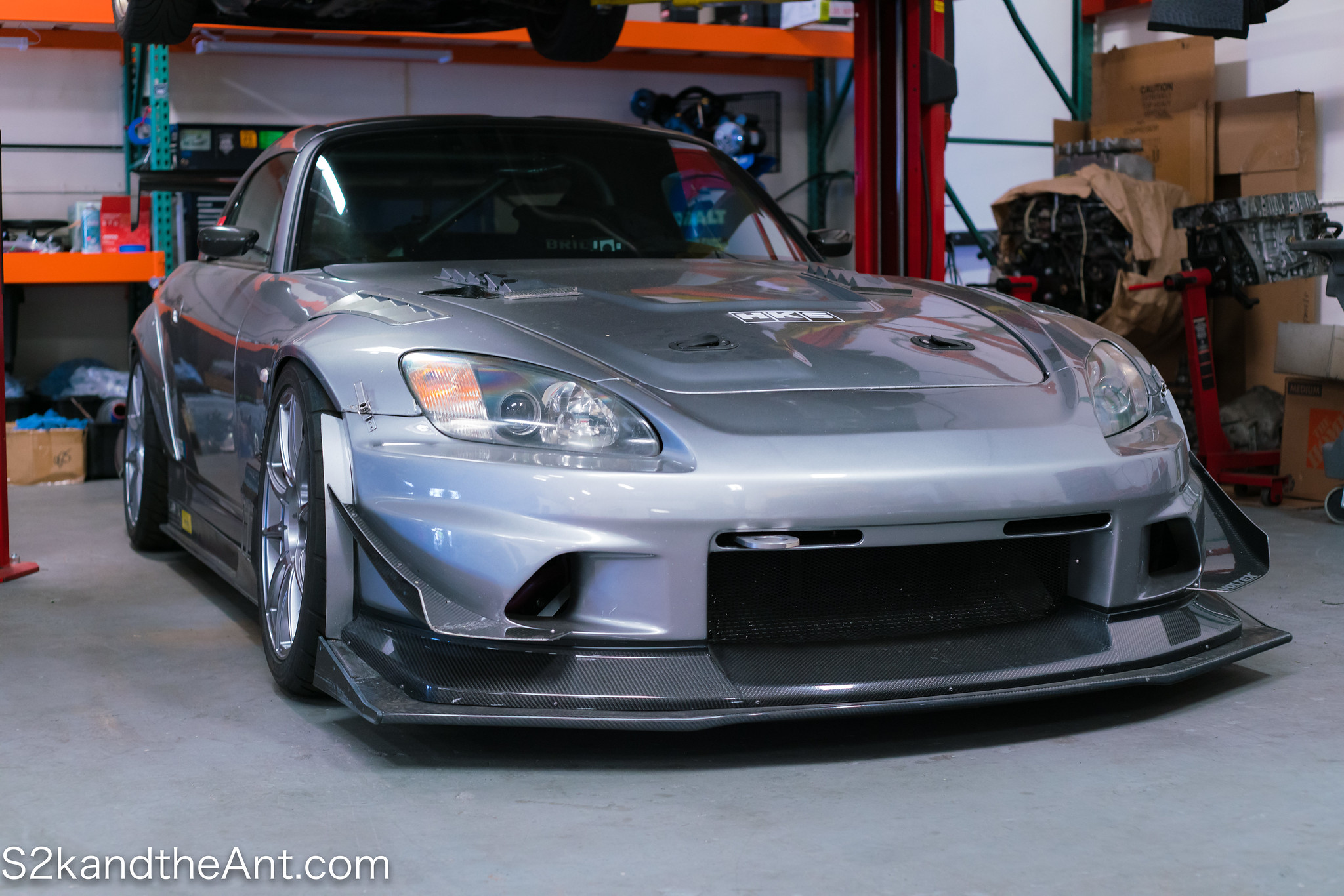 If you guys know me, you know how fanatical I am about authentic parts, but knowing how hard Son drives this car, I can look at the other way…. sorta. 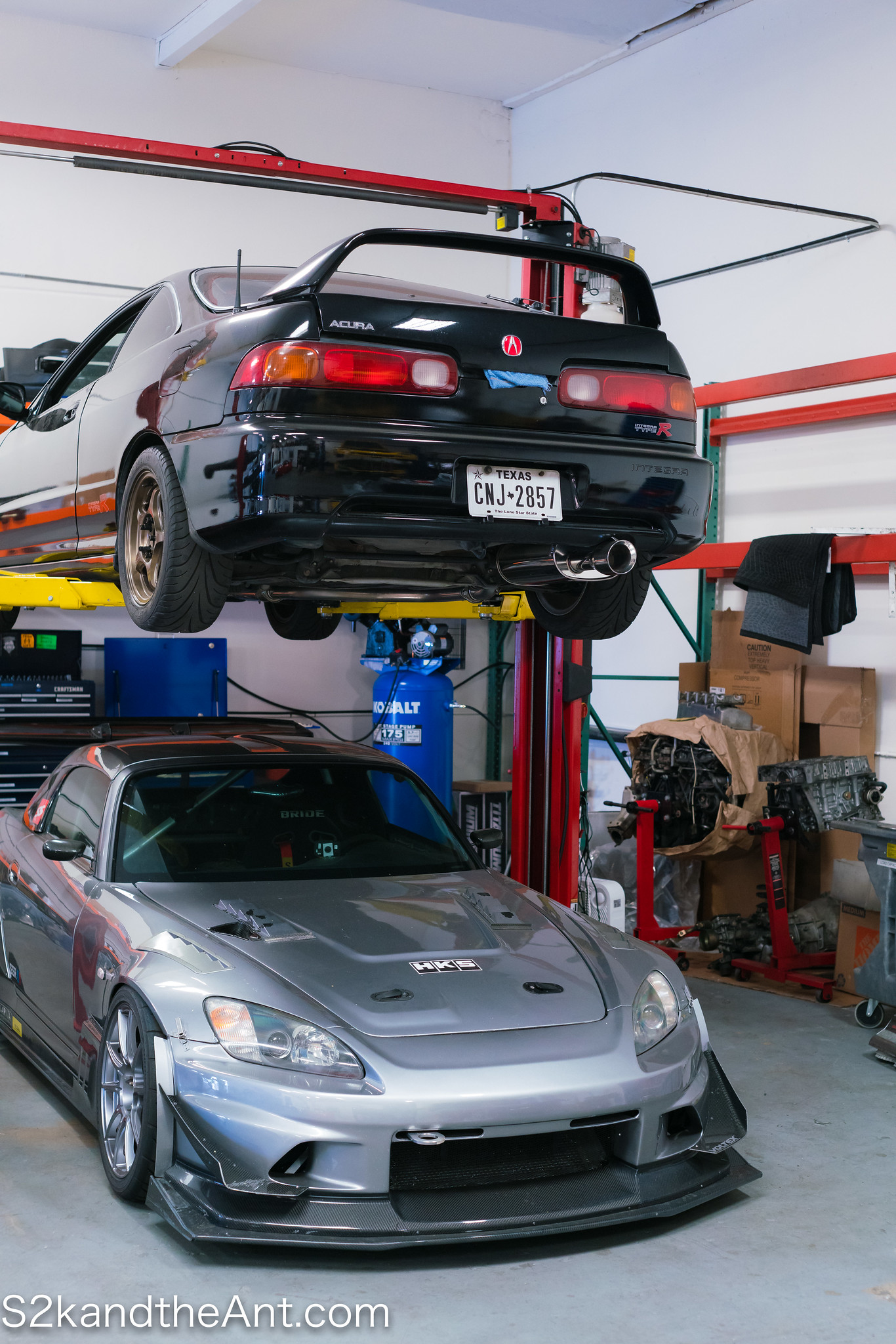 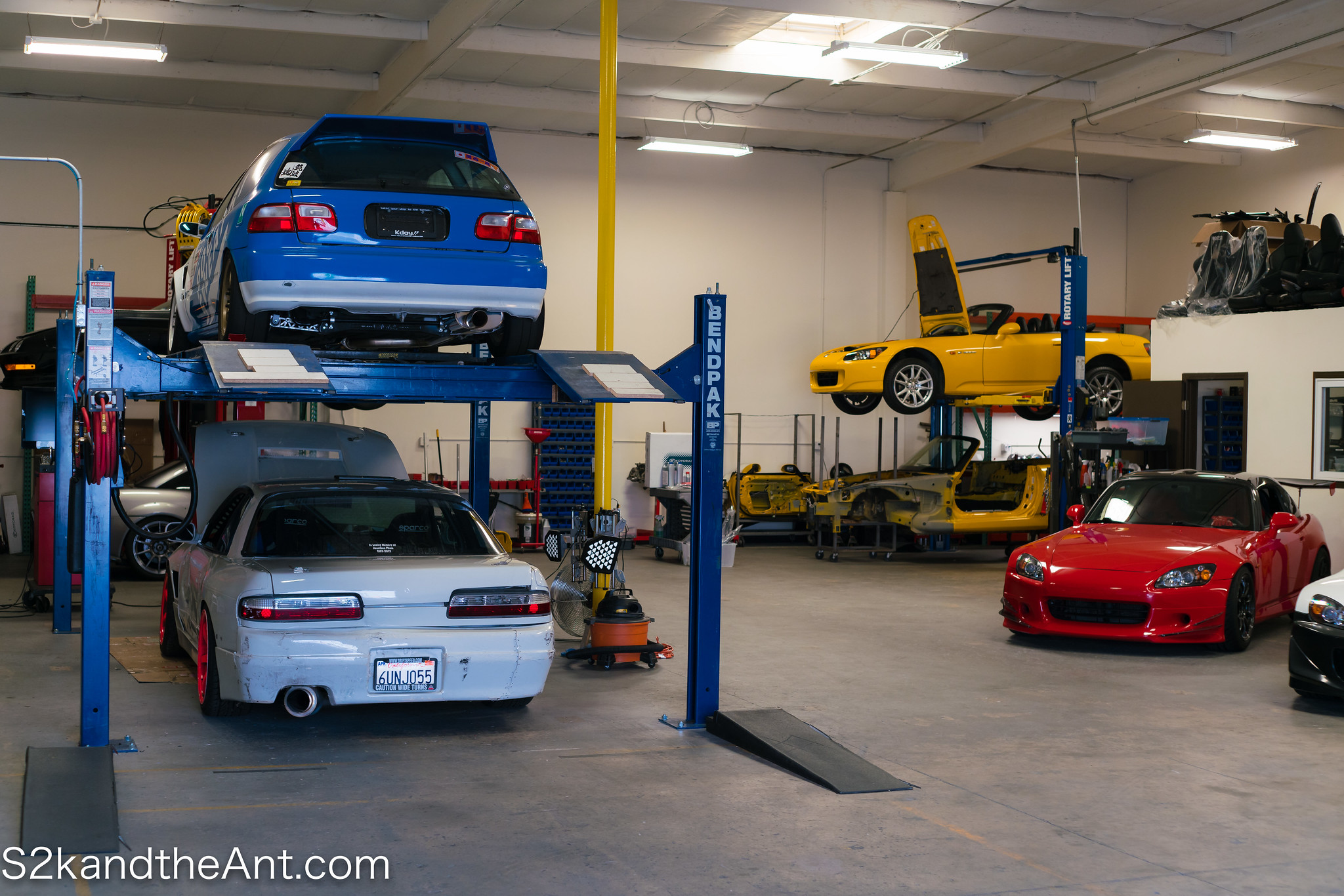 A wider shot of what goes down at this shop. Collectively they are Zero Auto Factory, you can follow everyone here 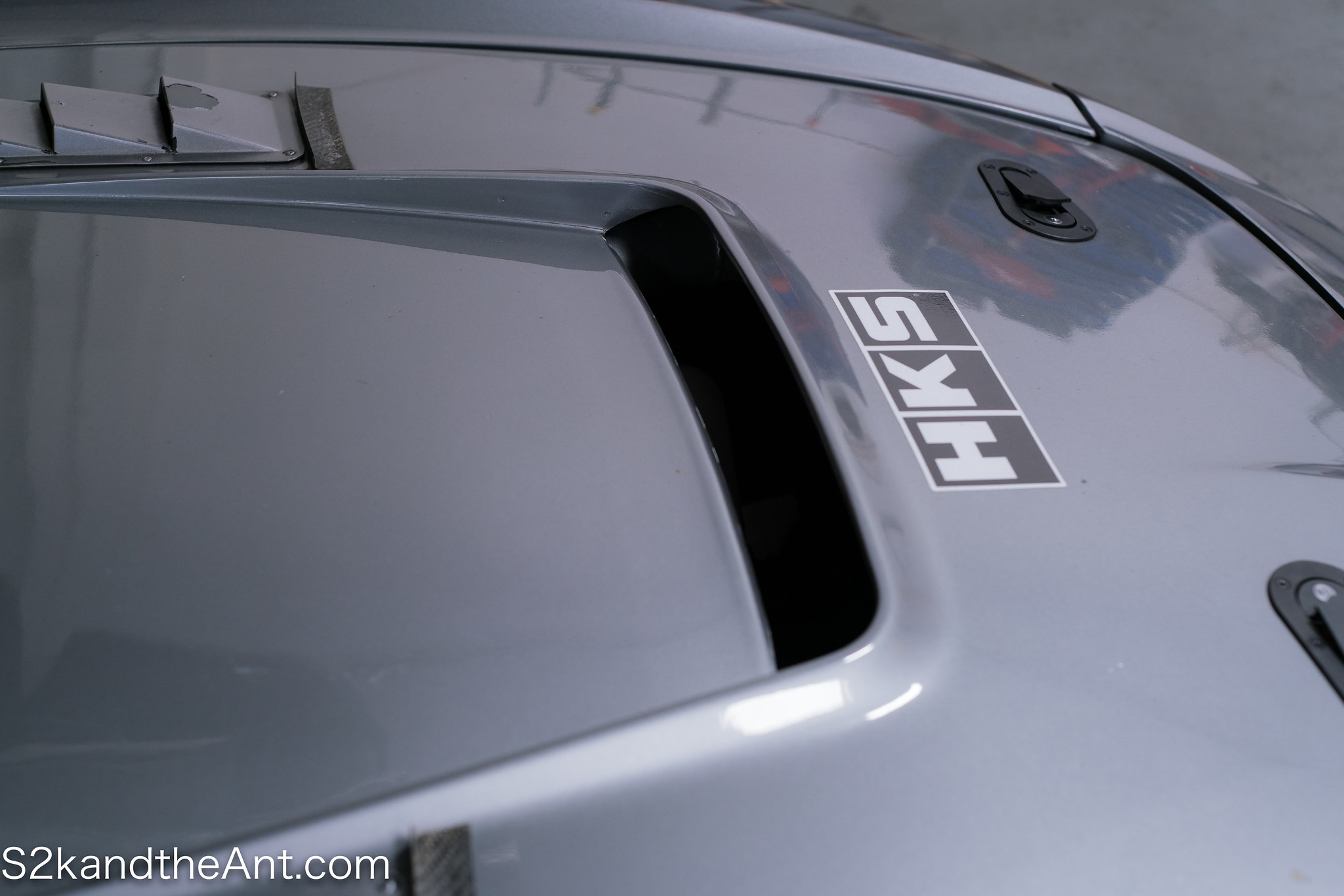 I should have took a picture of the HKS supercharger, but Son wasn’t around and I didn’t want to touch his car without his permission. 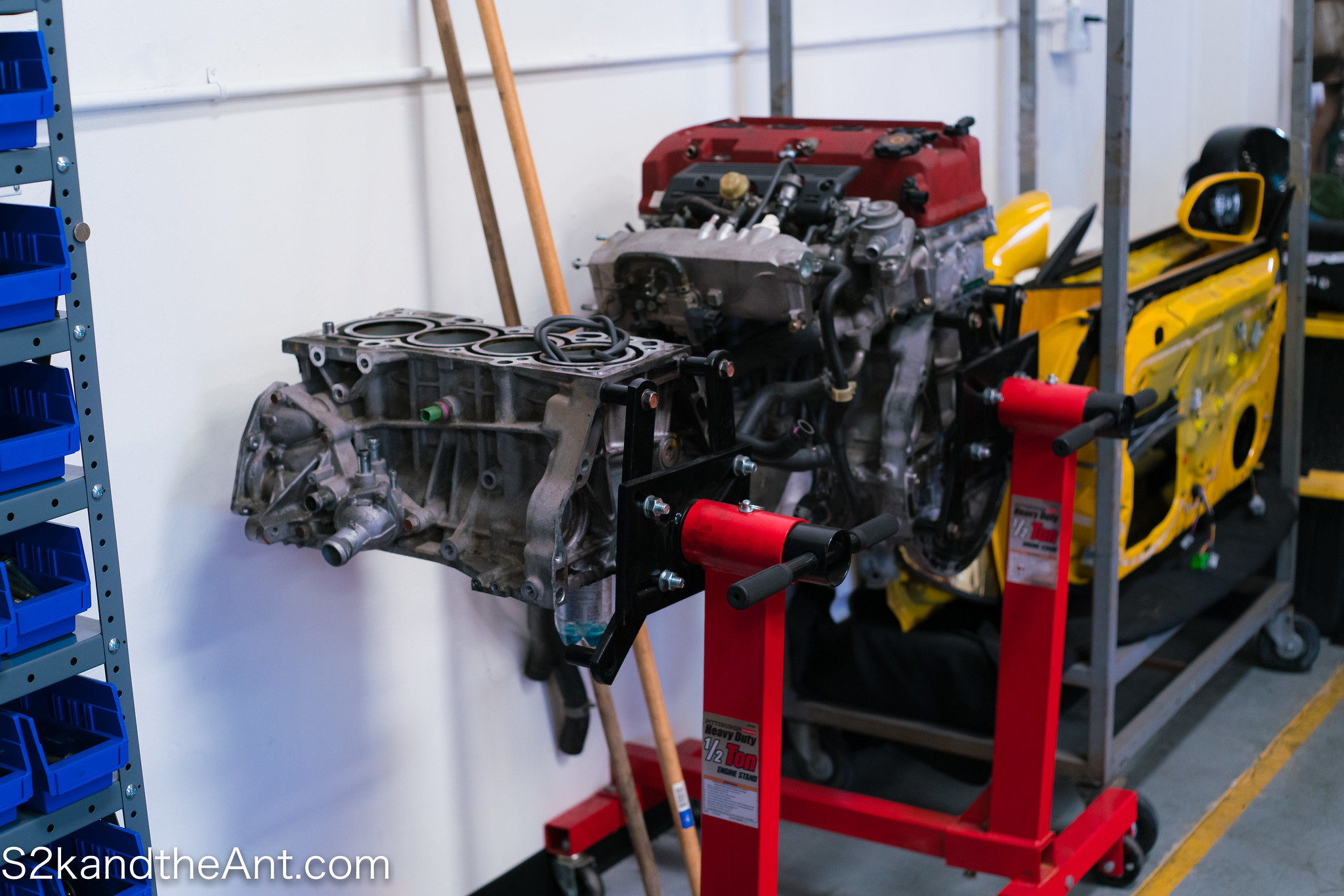 Alan and his crew part out S2ks by the boatload, so they were some F20c/F22C chilling around 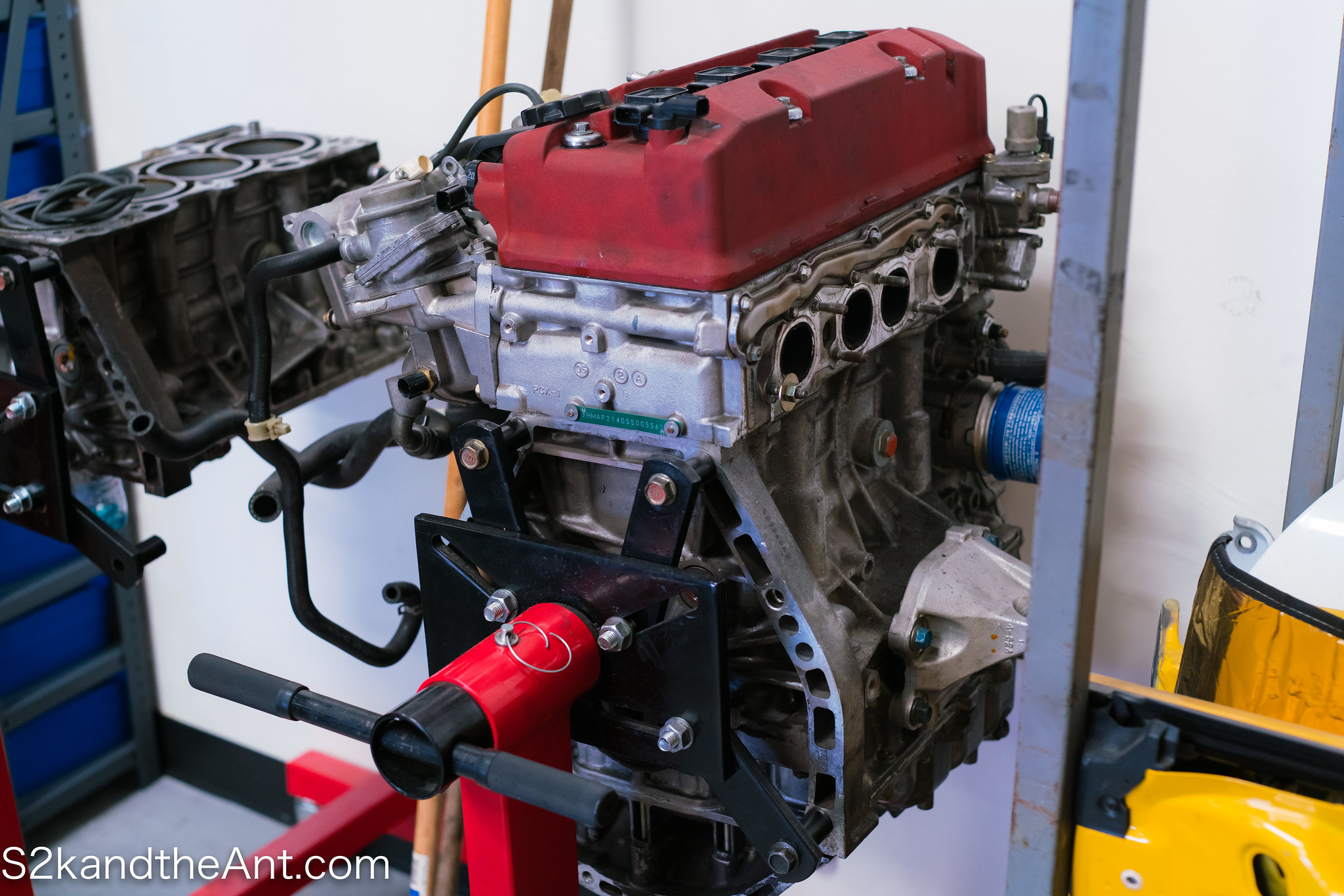 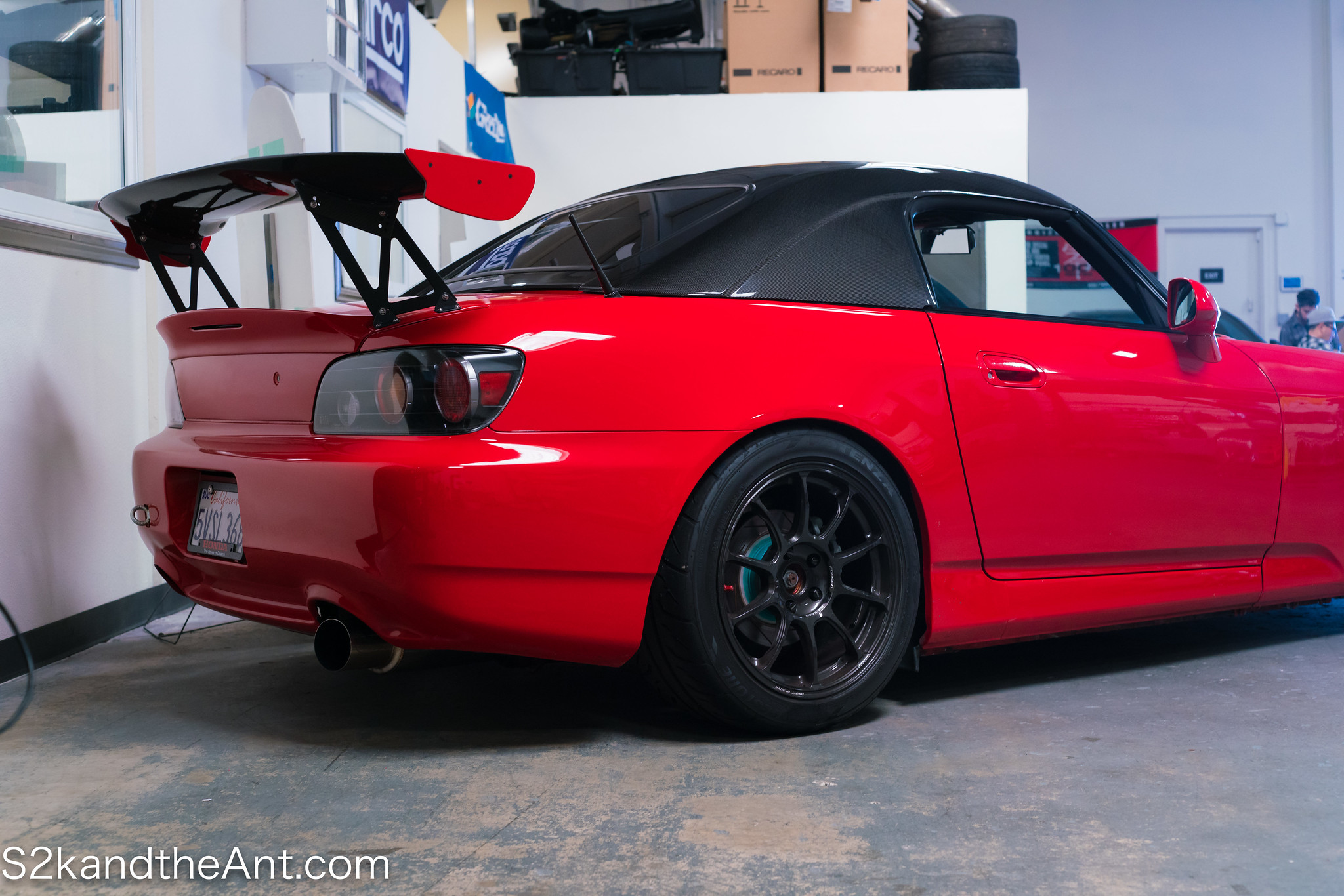 Circling back to Alan’s Ap2.. You can see the Mugen dry CF hardtop, AUTHENTIC OF COURSE….. voltex wing + tamon design trunk spoiler. The exhaust on this car is a FEEL’s exhaust. Which I believe is for sale. 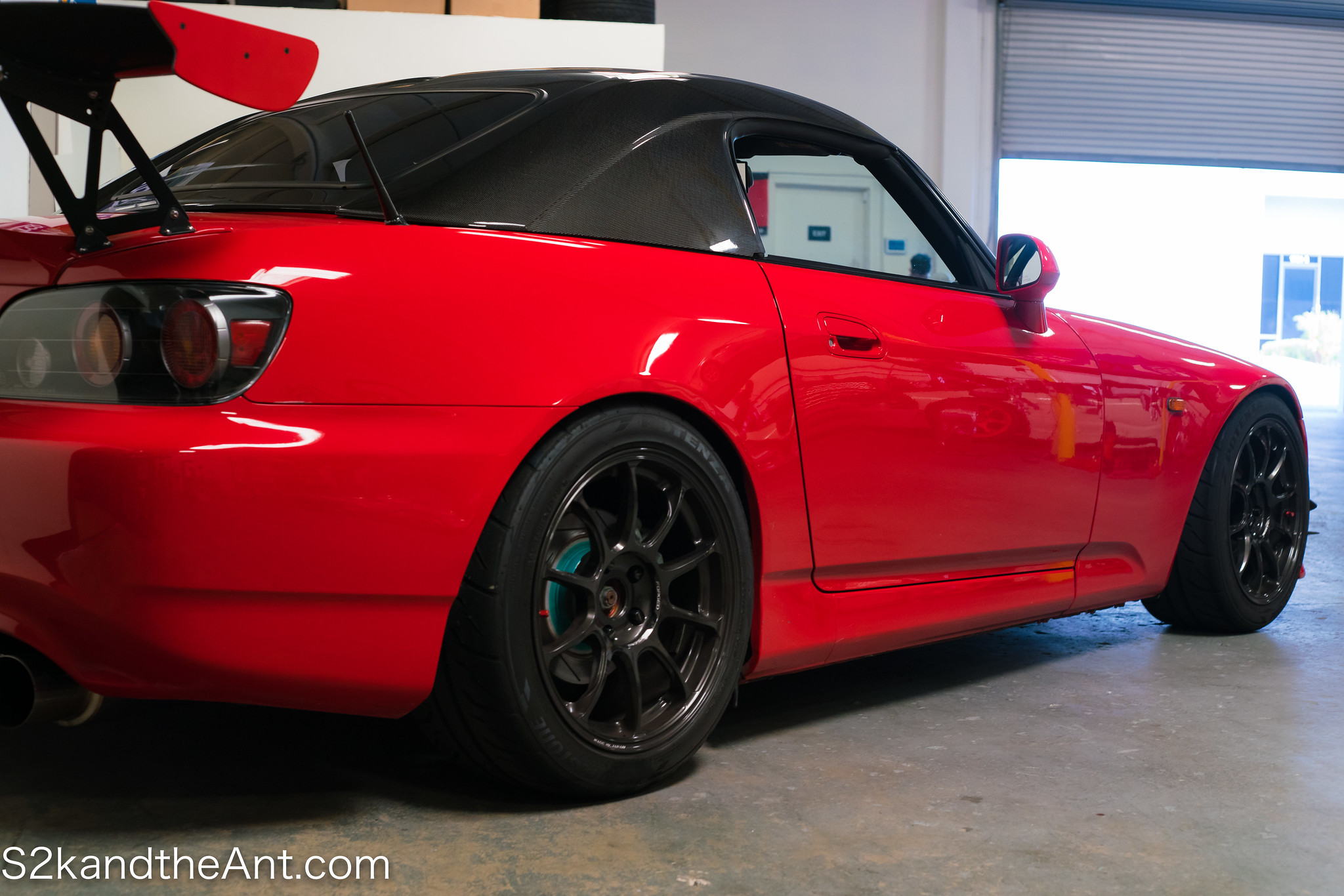 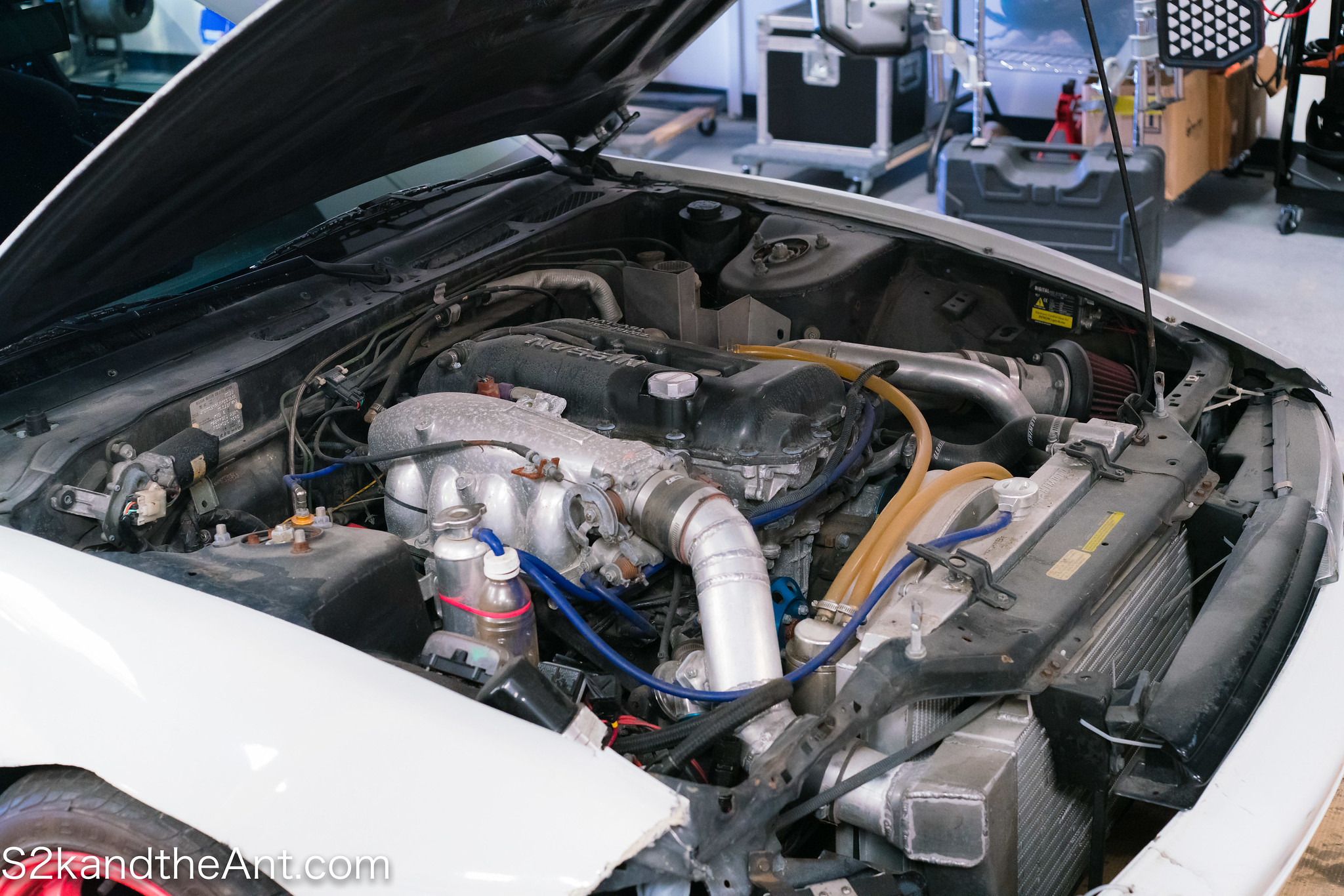 They were working on this S13 with an SR20det. They told me this used to compete in formula D wayyyyyyyy back in the day when SR20det cars could actually stand a fighting chance. 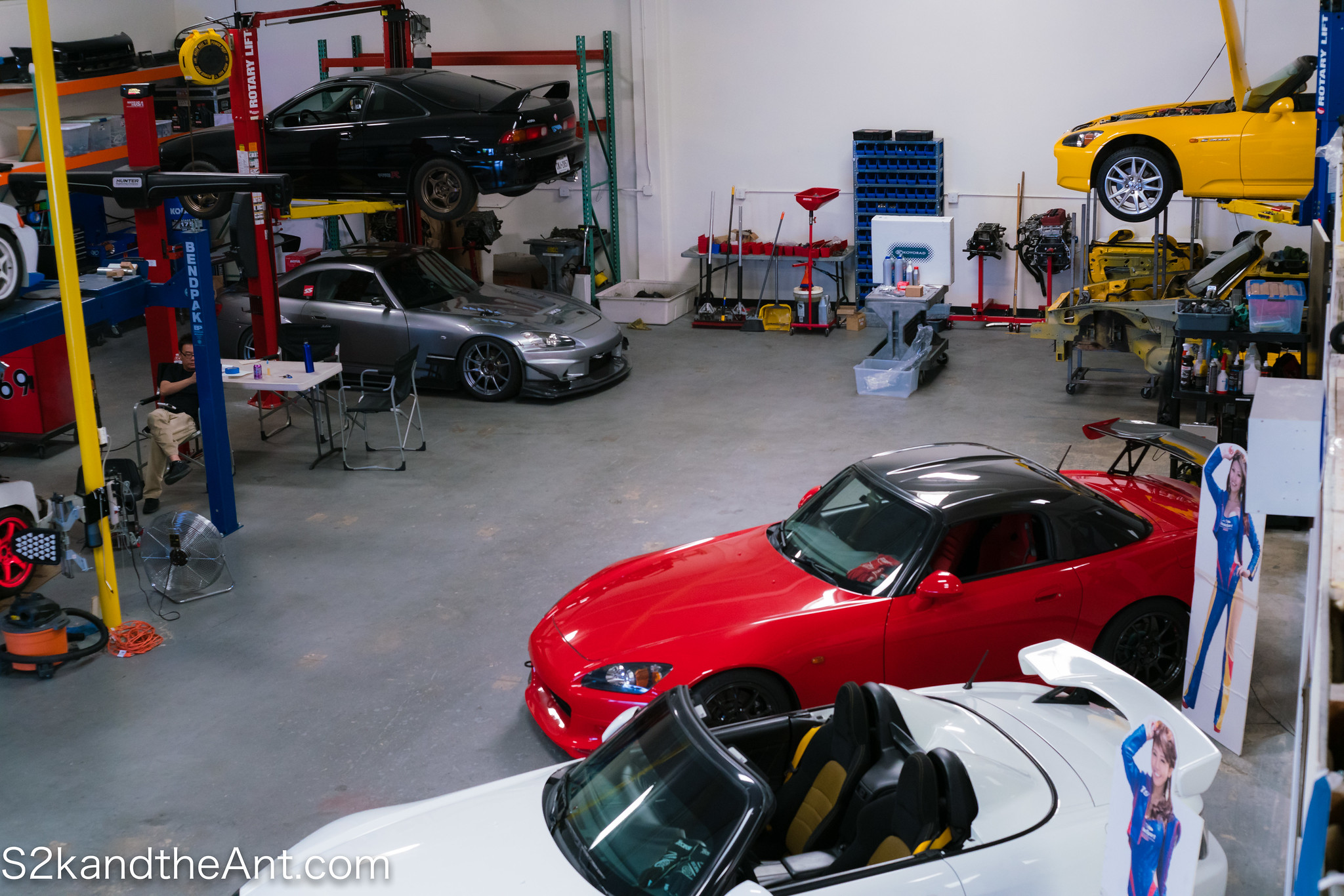 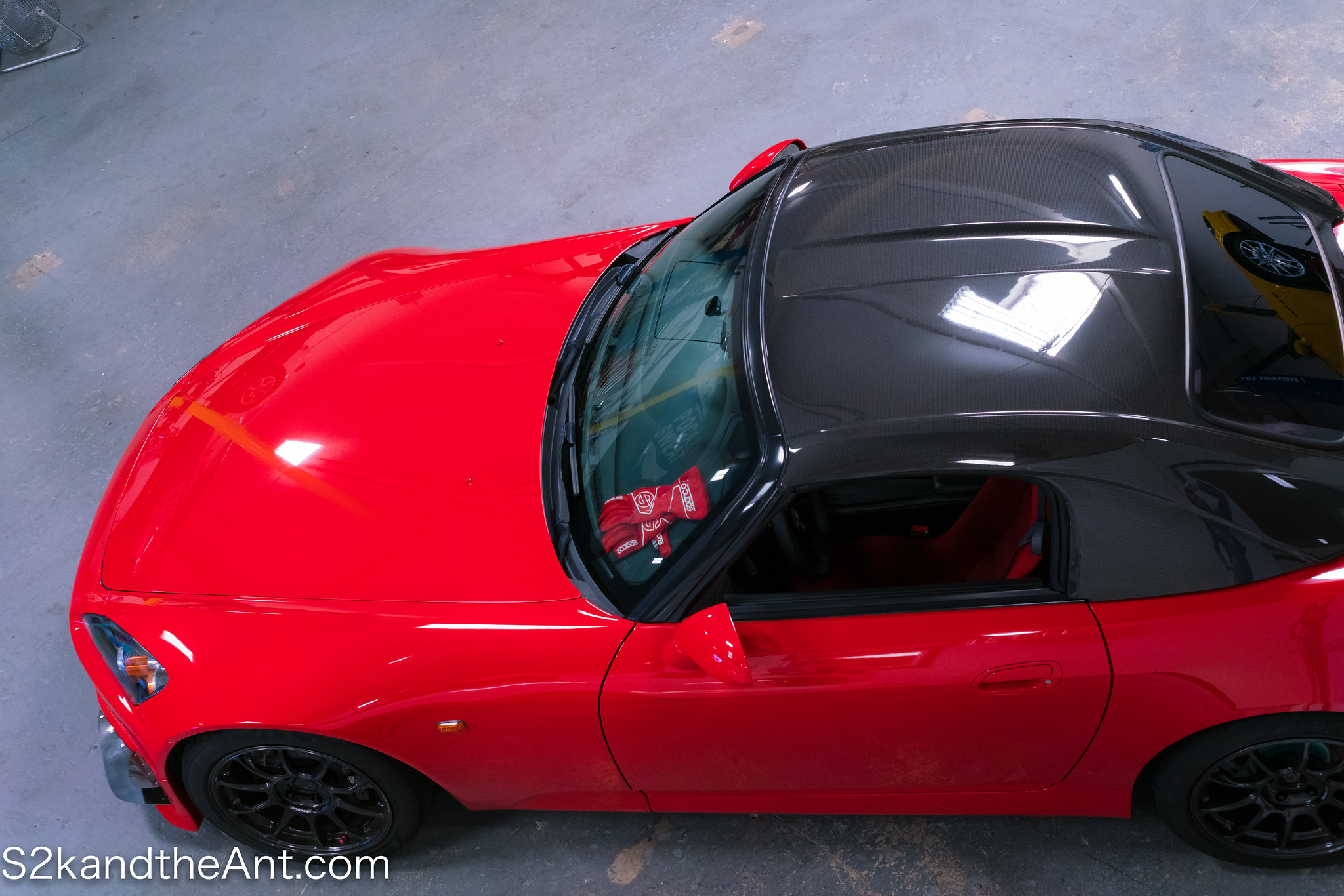 Man this car is perfection 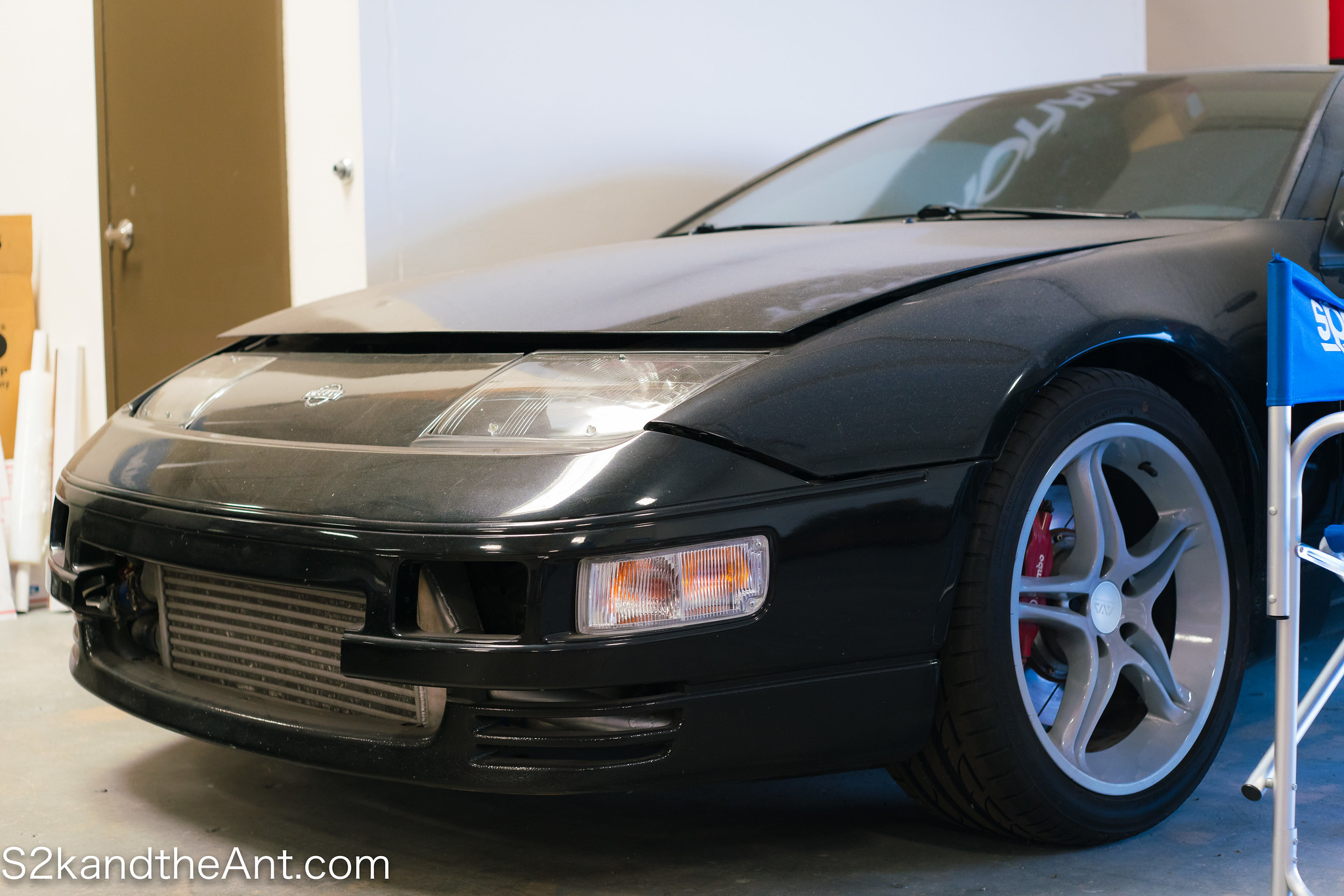 Cody’s 300zx. Man as times go on, these are so cool and so 90’s. Remember they used to have a commercial of this car racing a fighter jet? Link here for those that have never seen it. 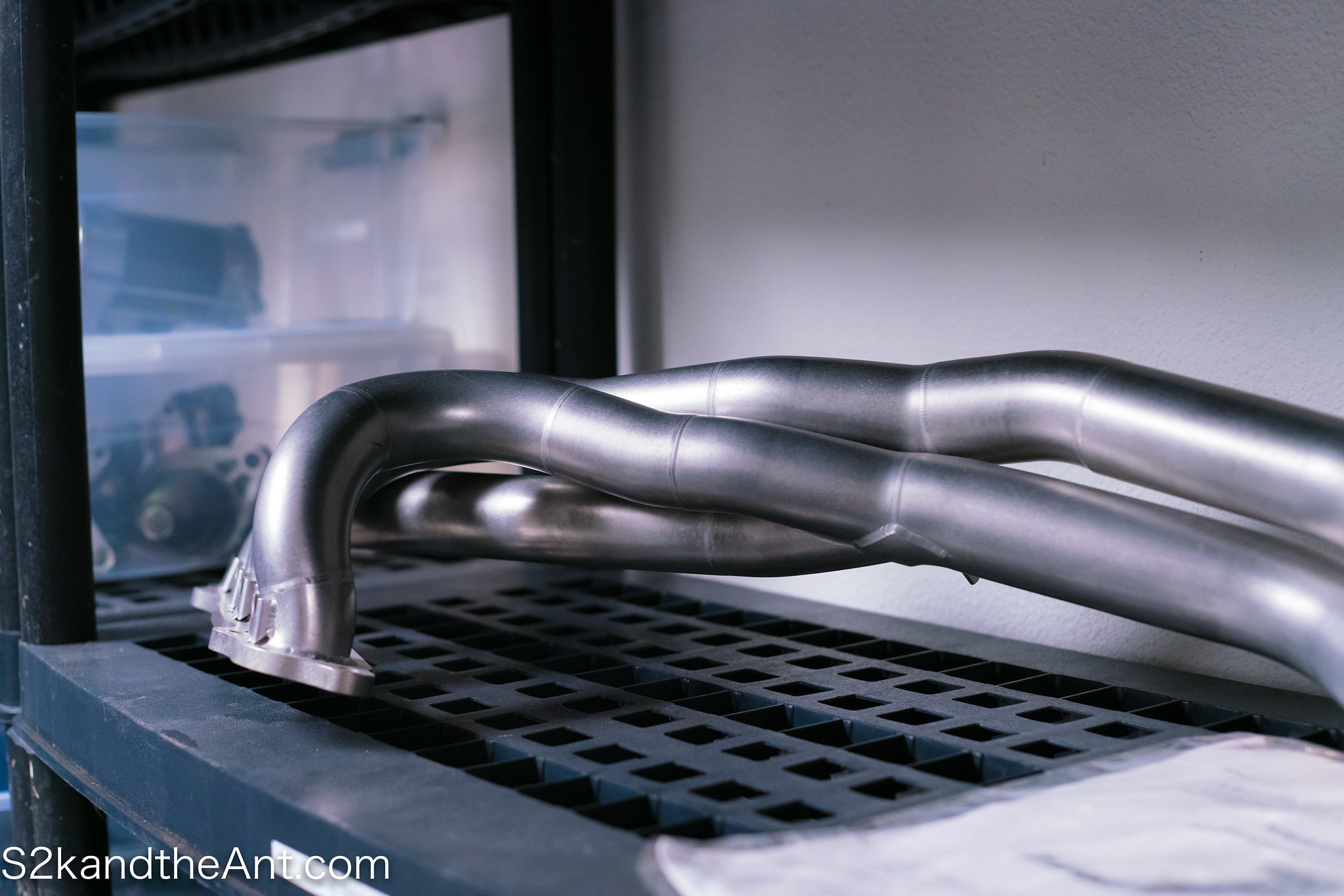 Alan has all sorts of cool stuff laying around for sale. Like this ASM 07+ header 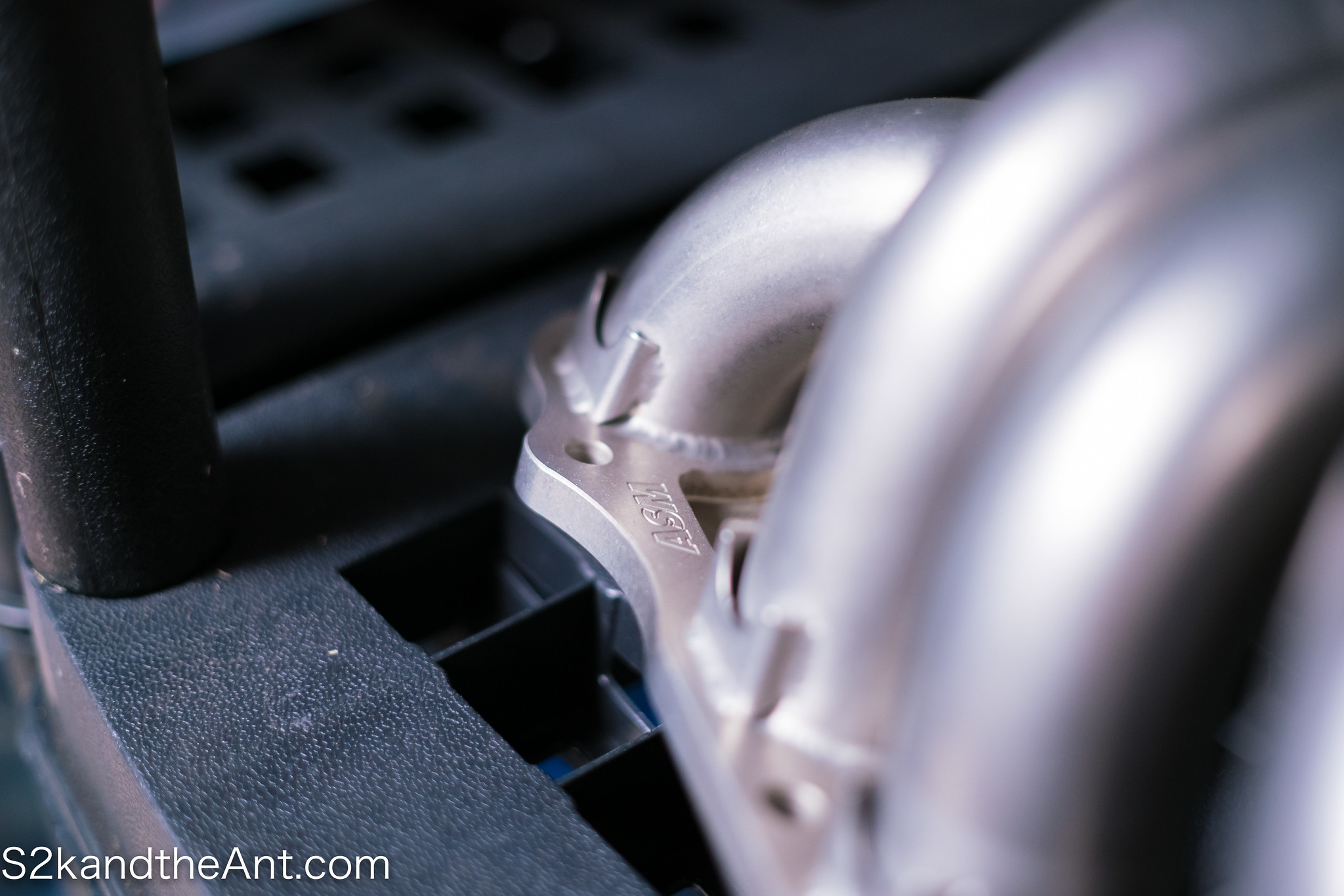 I’m better with my money nowadays…. or else I would have bought this already! 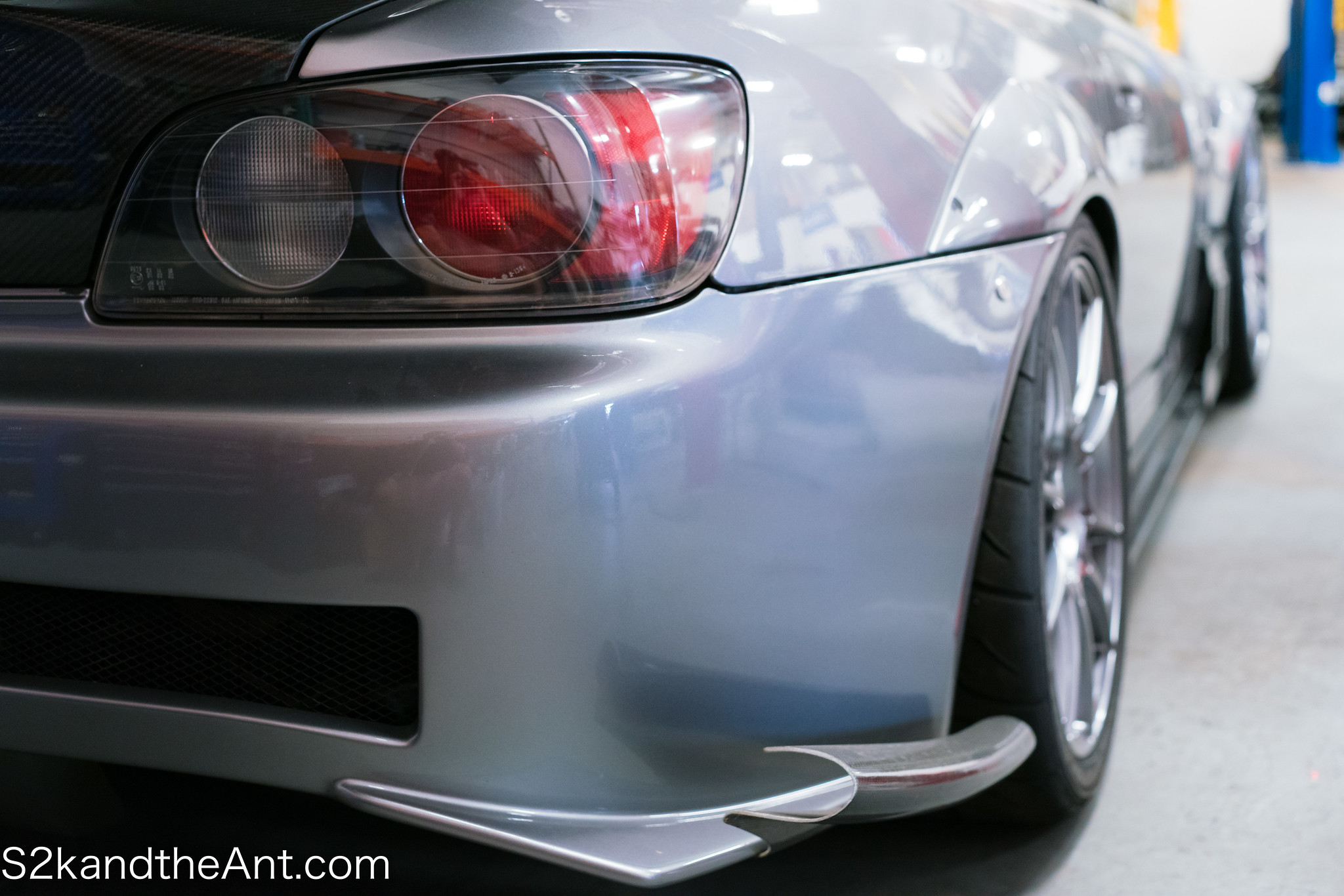 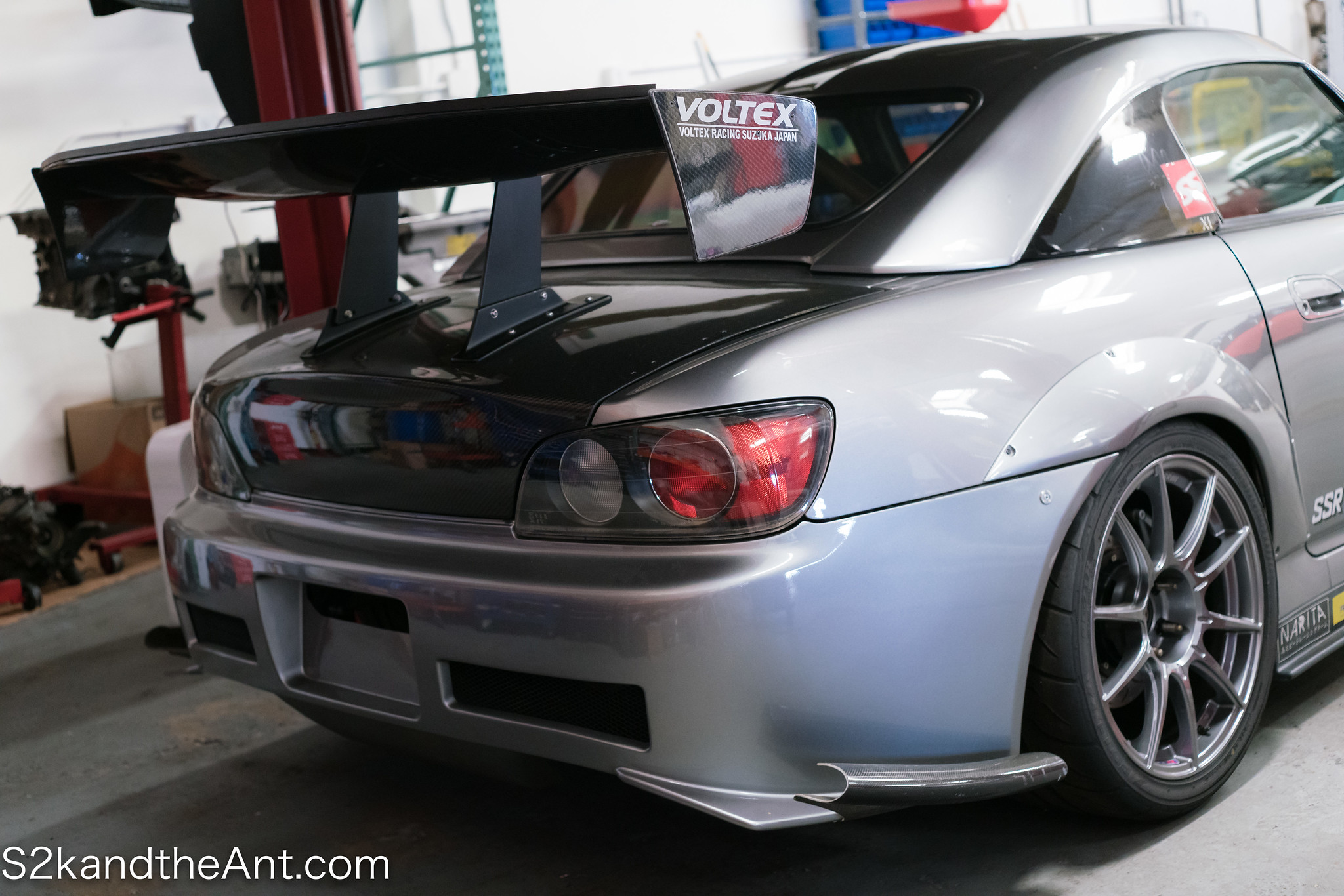 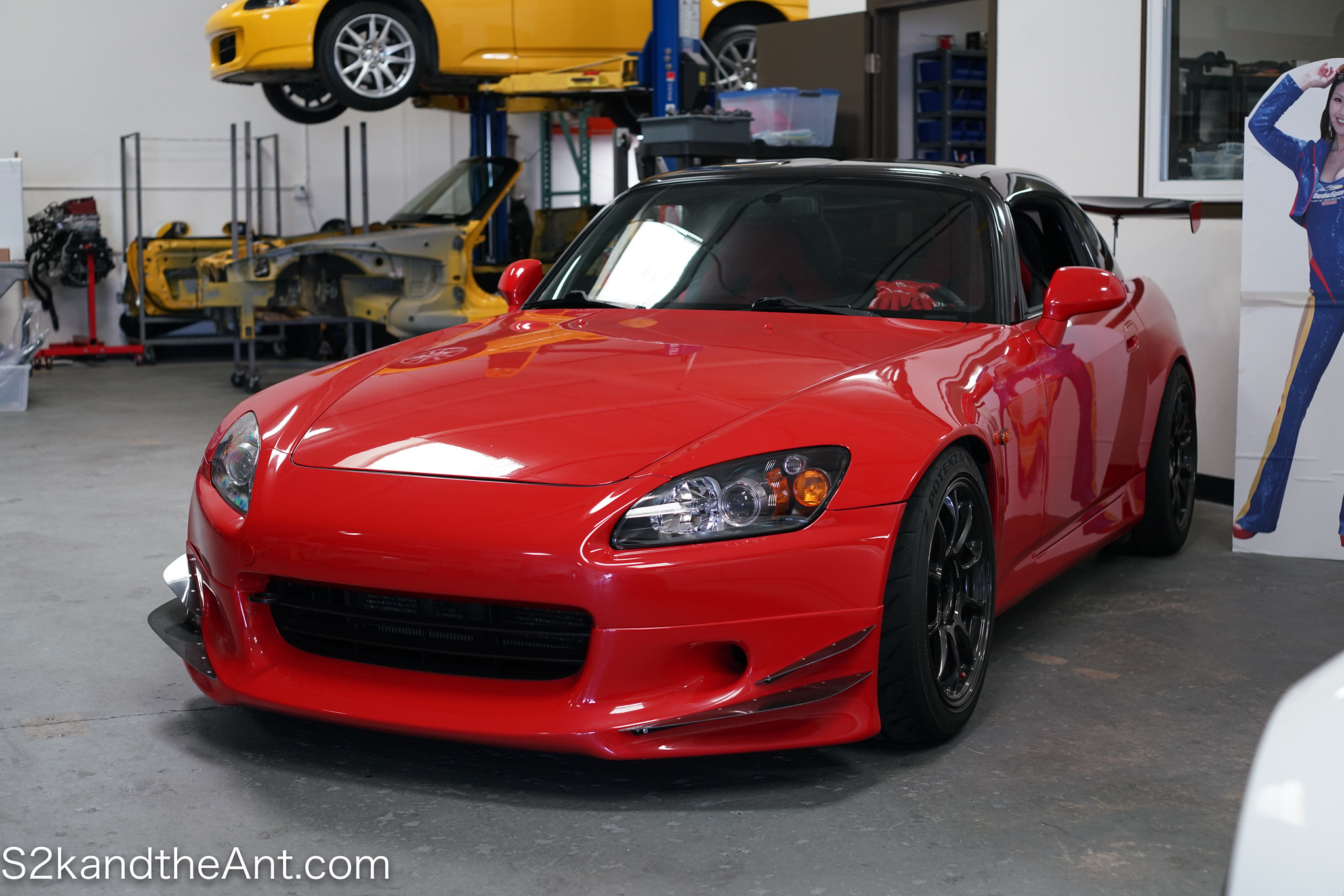 Closing this out with the best Red S2k in the game.