It always amazes me when I think I know a ton about the S2000, but then I find new information that blows my tiny S2k centric brain. For example, did you know that from the USDM factory that Honda offered an OEM blue soft top as an option? Well I didn’t and when I found out I had to see this on a car myself, or at least the soft top in person. I paid a visit to my friend Alan Lee, who installs soft tops in the Socal area and is a master of said process. Search for his name on any Facebook S2k group if you wanna contact him :p

On with the pictures! 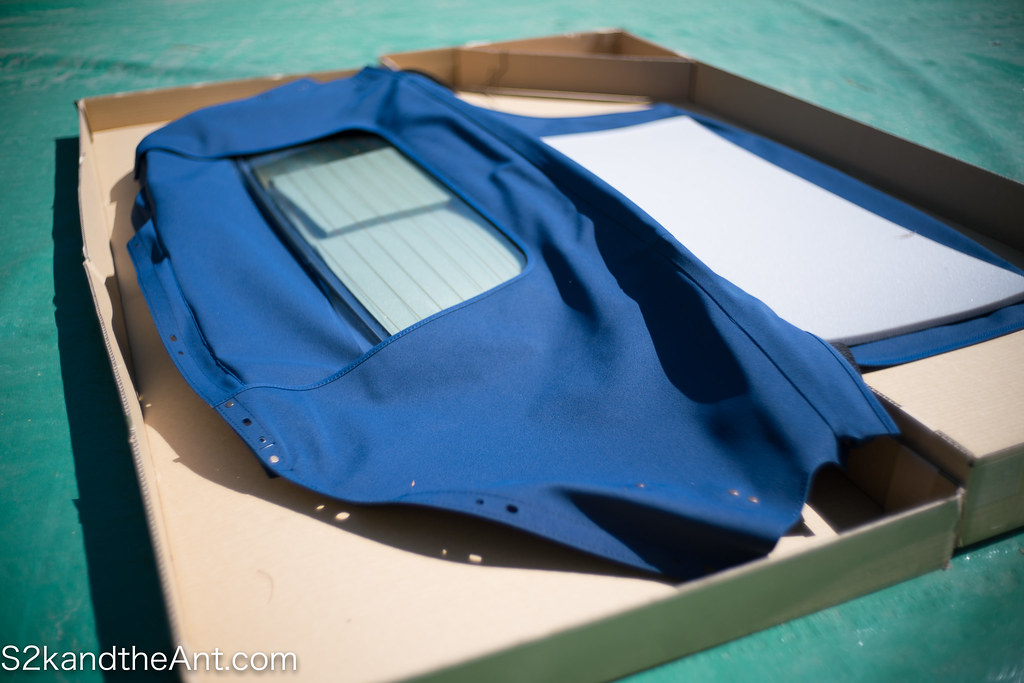 Brand new OEM blue soft top in the OEM Honda box.  The box was massive.  It’s such an interesting shade of blue, not too dark, and not too light.  Of course this is an glass window model, I used to have a plastic window on my S2k and it was always so damn cloudy out the rear!  If you have an 00-01 S2k, upgrade to the glass window, trust me. 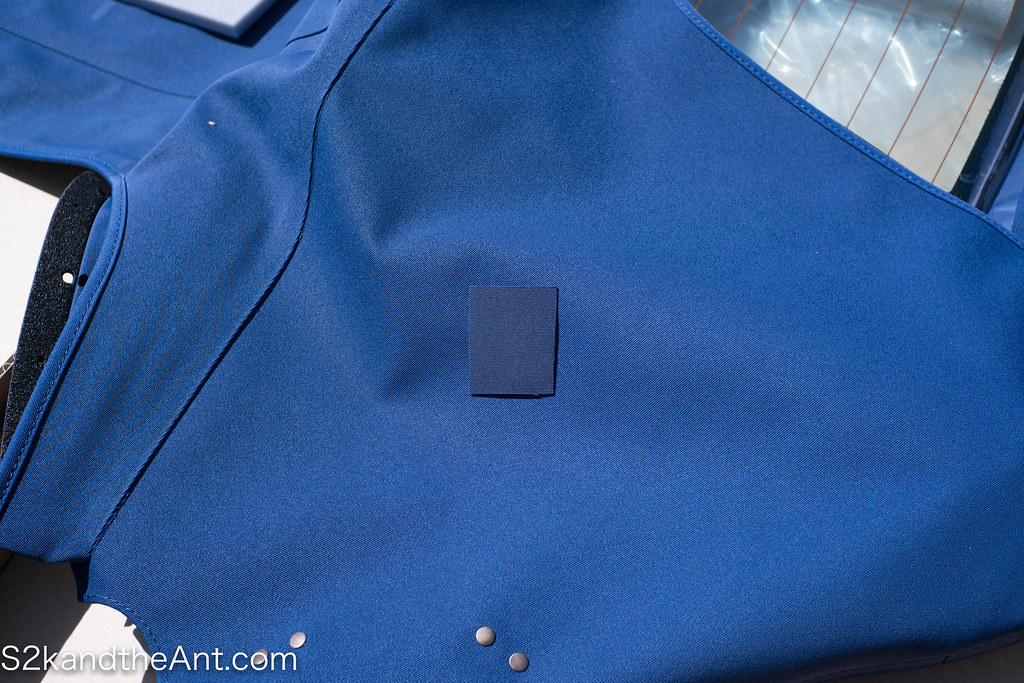 Since Alan Lee does so many S2k Soft tops in the SoCal area, he happened to have a blue swatch of a Robbins brand soft top.  You can see how much darker the blue Robbins soft top is, and you can see the difference in texture compared to the OEM one.  The OEM soft top looks like it’s much much more flexible. 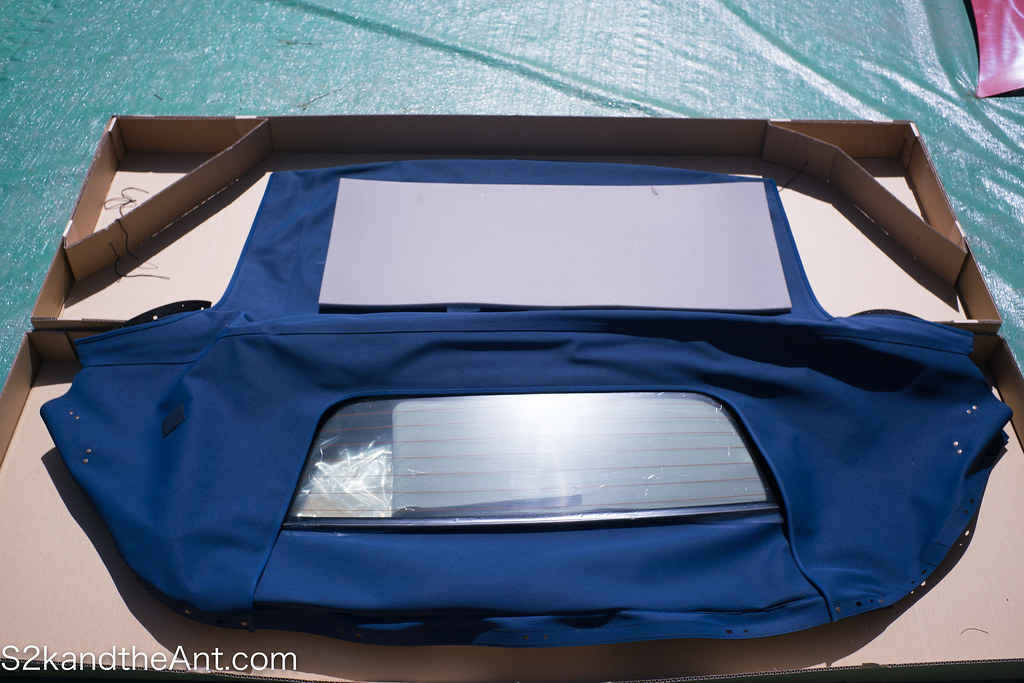 Alan informed me that he really takes his time and sands down the areas that the OEM soft top rubs against to minimize tearing that is such a common occurance on our S2ks.  Alan even built a special table for doing these soft tops, talk about dedication! 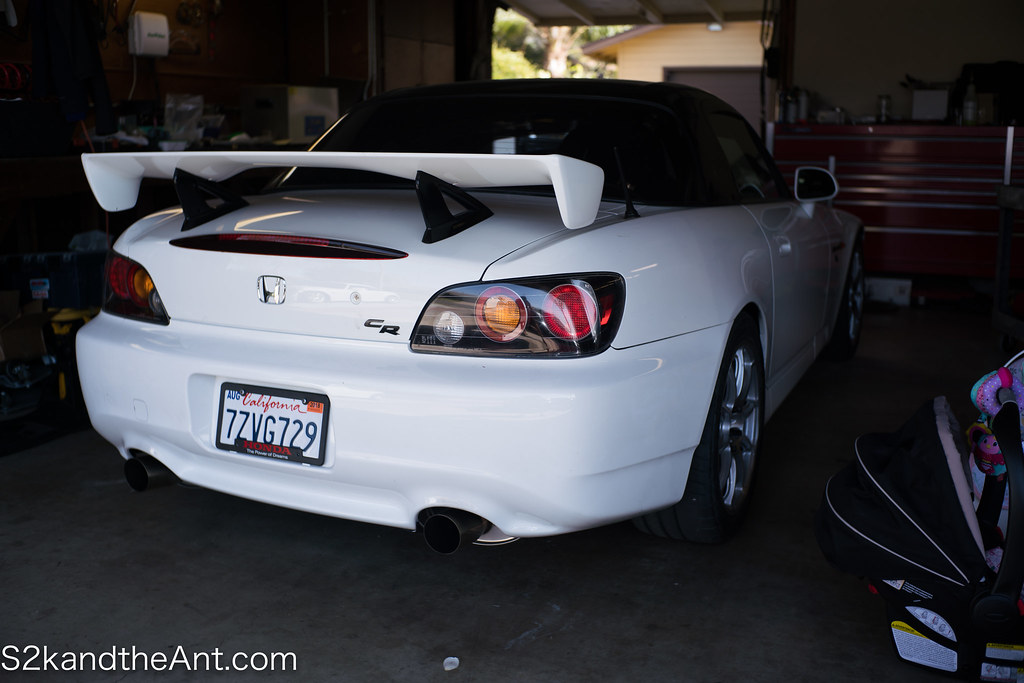 He recently picked up a CR that he’s gonna turn into his new track car.  Previously he was just using his red Ap2 to track.  What a crazy guy, tracking a CR!  These S2000 CR are climbing in value recently selling for outrageous prices. 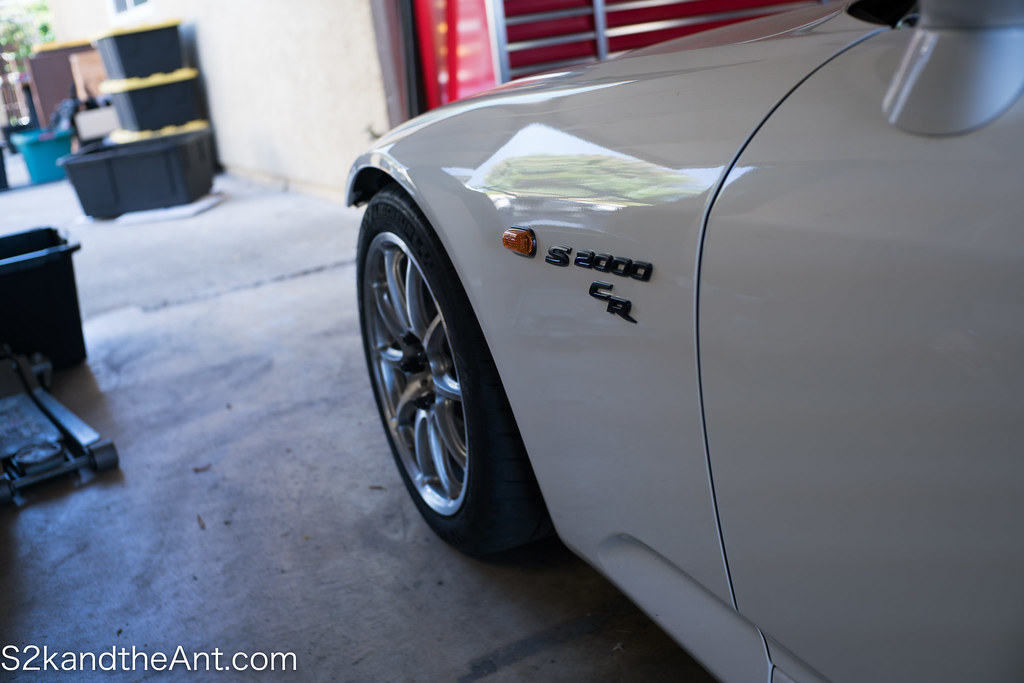 Some S2000 CR Goodness. The front bumper was off for some track prep. 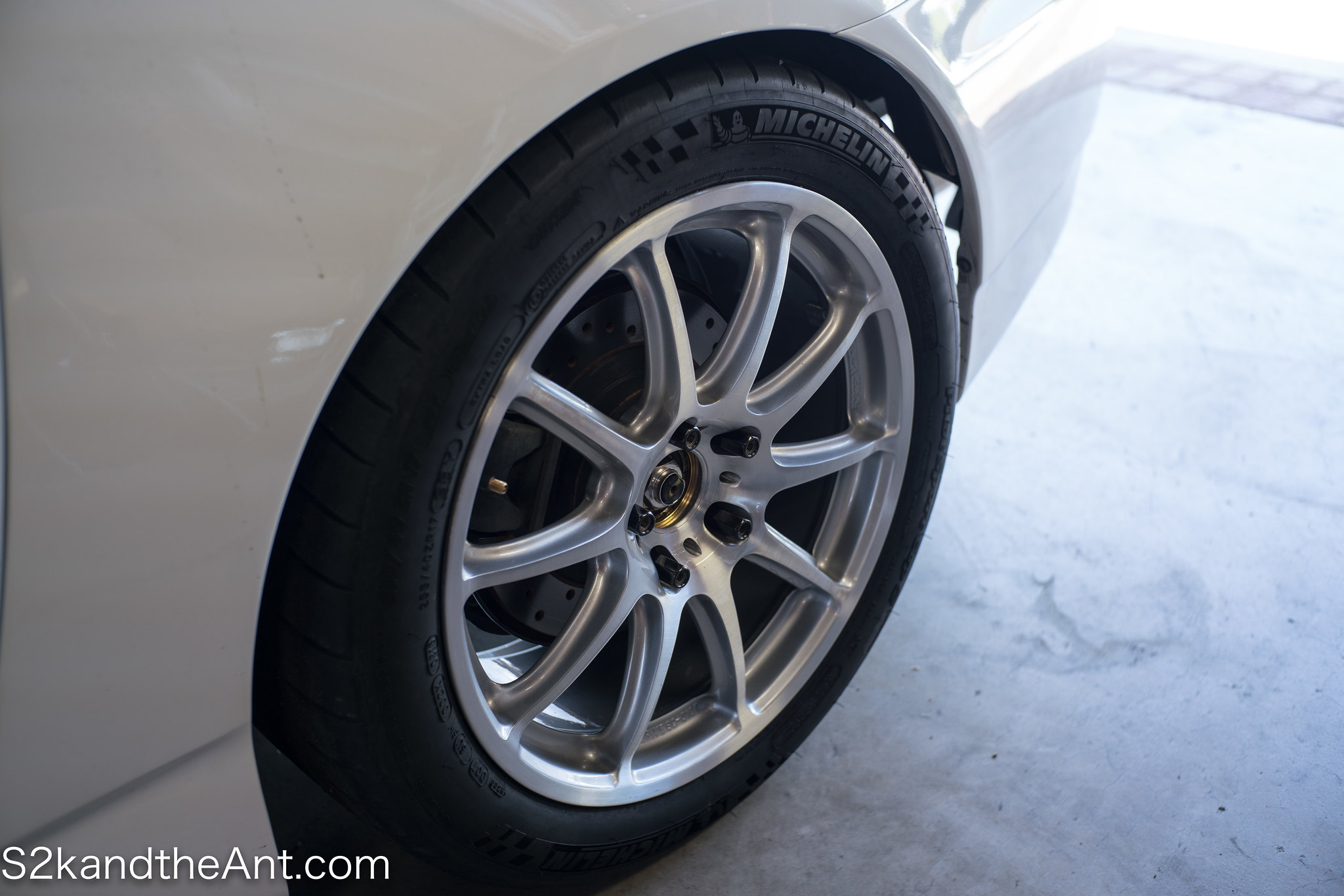 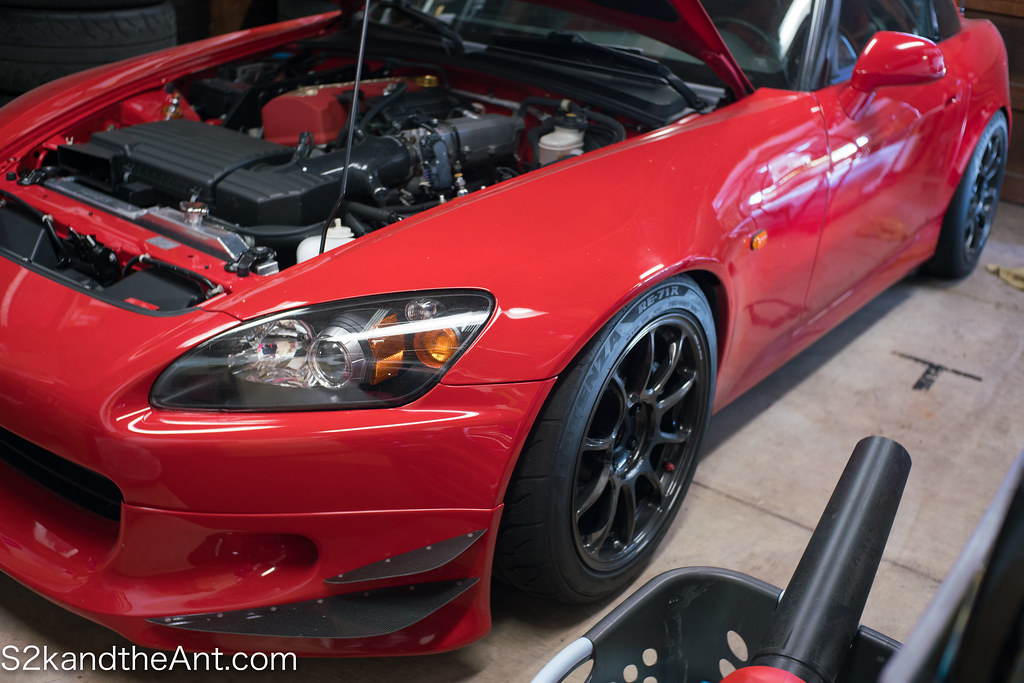 His old track car that is slowly becoming a “show” car and street cruiser.  Pretty clean build, his most recent edition to this car was the removal of the Amuse bumper and the addition of the J’s Racing half lip with canards.  It looks great on red! especially with those Volk Racing ZE40. 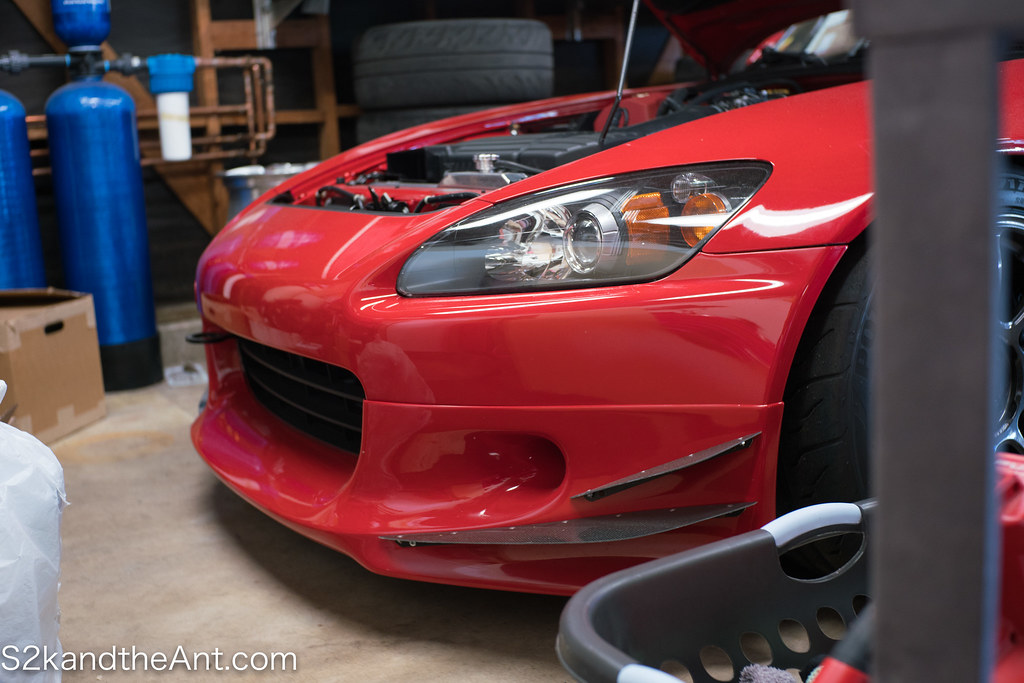 You can really see how tight the J’s Racing half lip sits.  Not too many cars are rocking these nowadays. 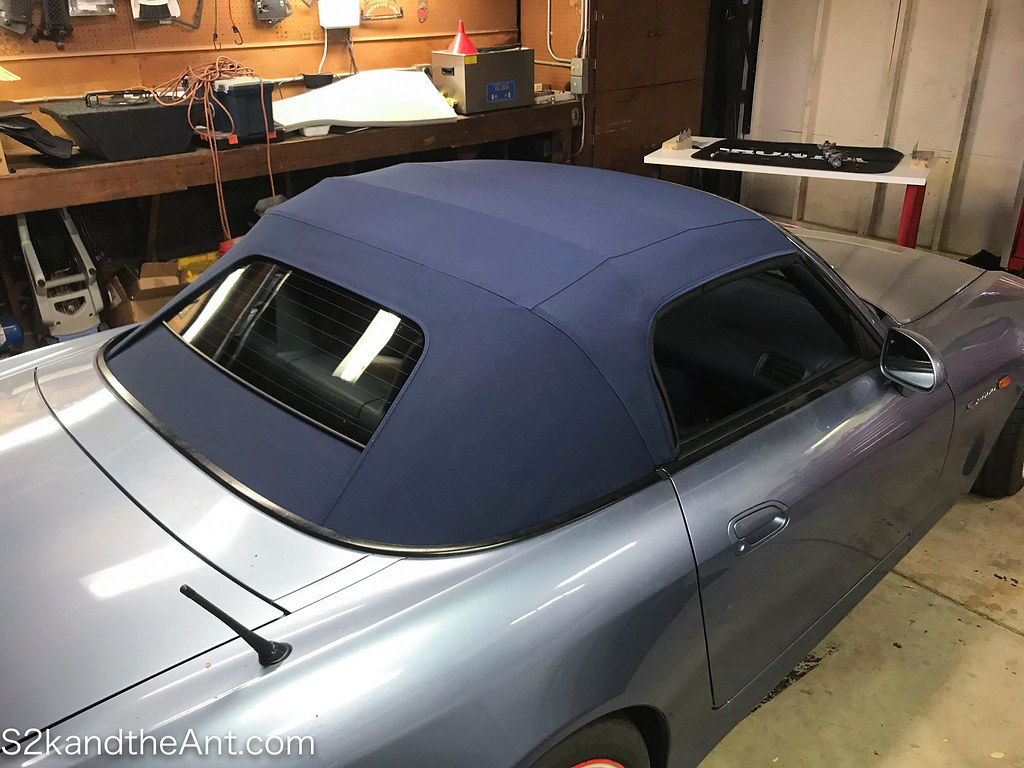