Today I took delivery of a brand new OEM Honda short block. Unfortunately it’s not for my car, but for my friend Edwin. Some guy out in NorCal was selling OEM F22C short blocks for $4500 each! We called Honda and unfortunately they confirmed that they are now discontinued. With that being said, it is now a sellers market for OEM short blocks. The $4500 included free delivery to Socal, so Edwin sent the seller a $500 deposit and we had a short block on the way to my house!

Within a few weeks, I had a Sprinter van and a few dudes show up at my house….. Moments later they unloaded this masterpiece at my doorstep. 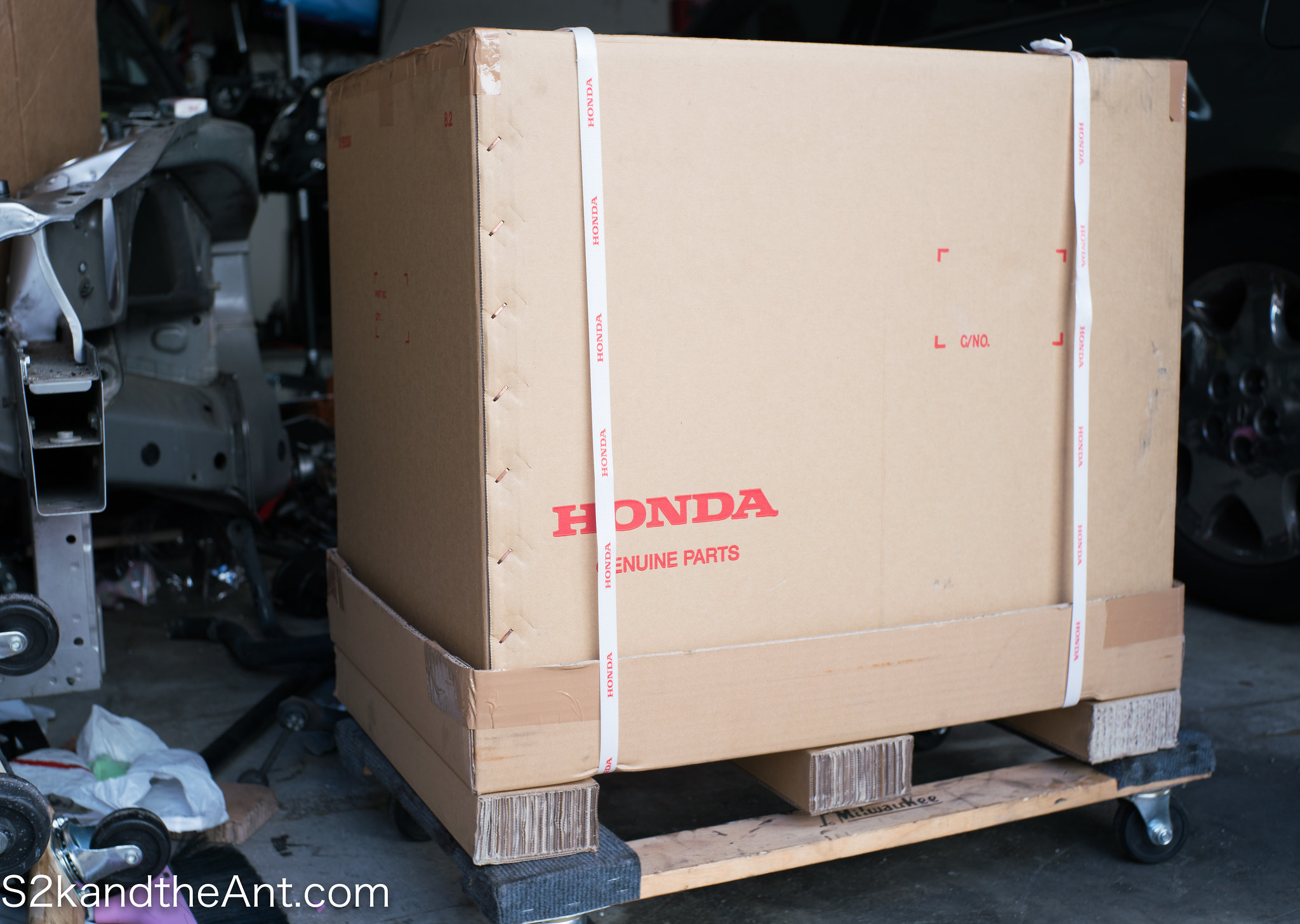 Of course upon delivery I checked the package to make sure I did not receive a box full of bricks, since Edwin entrusted me with $4000….. 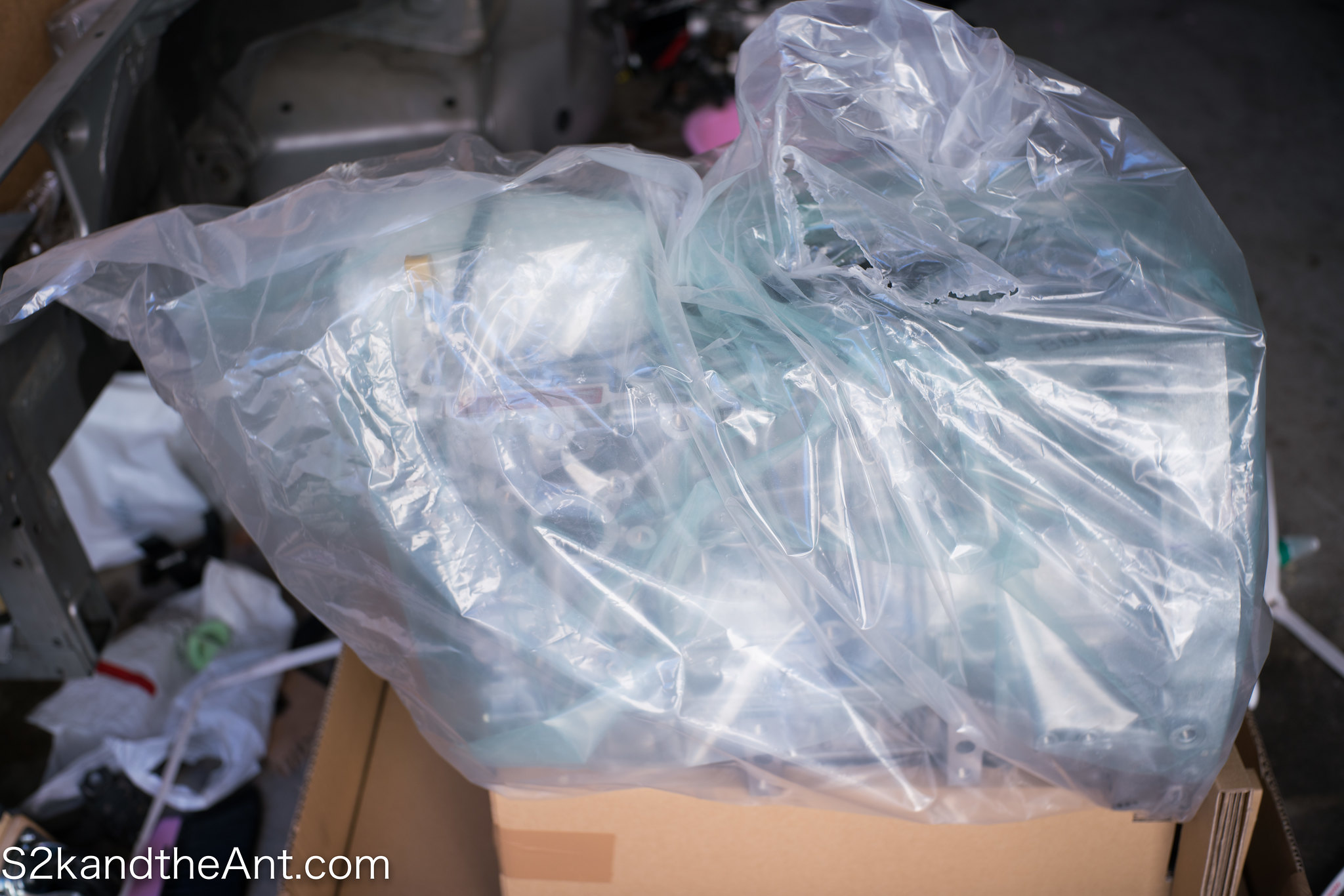 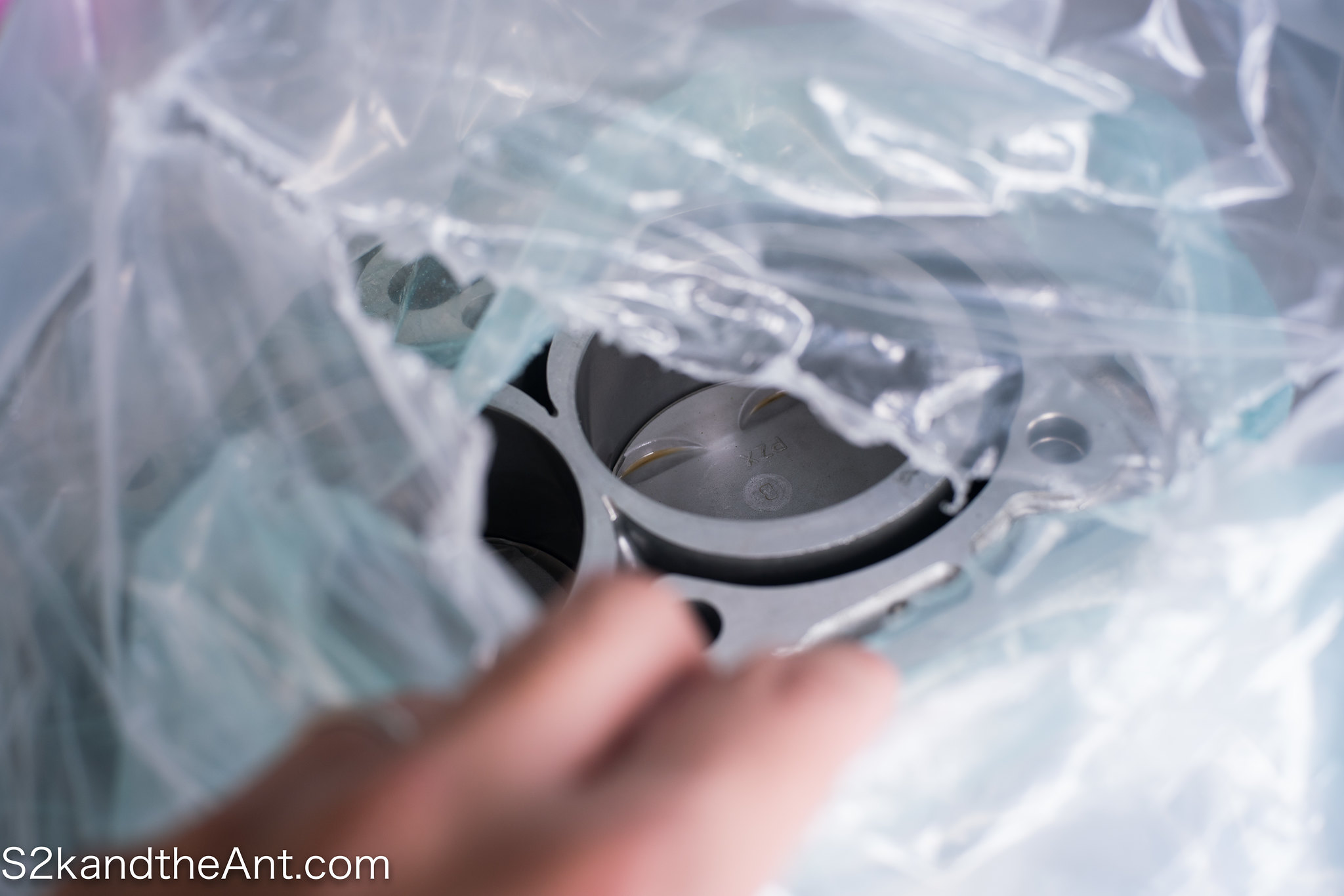 Still fresh with that assembly lube 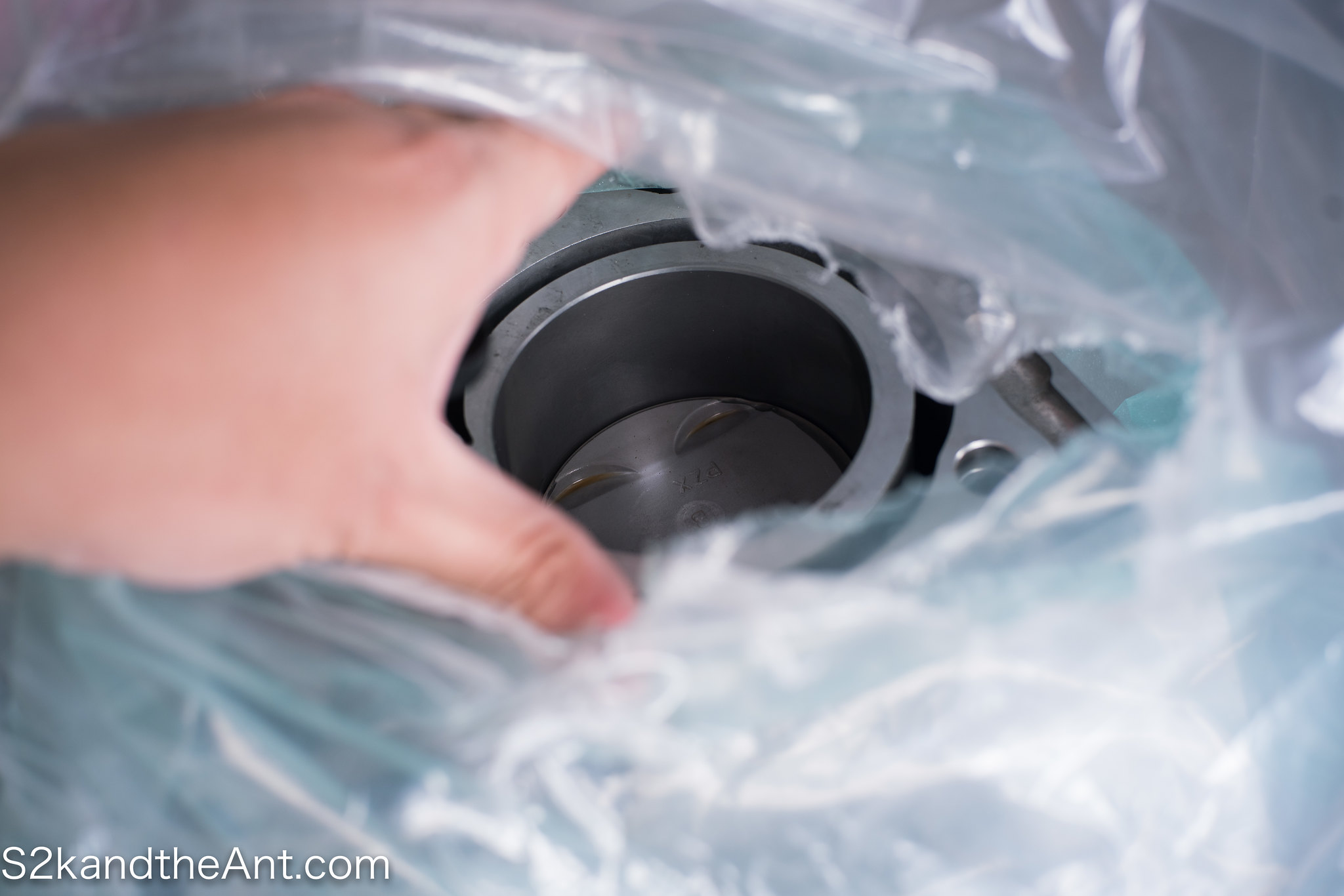 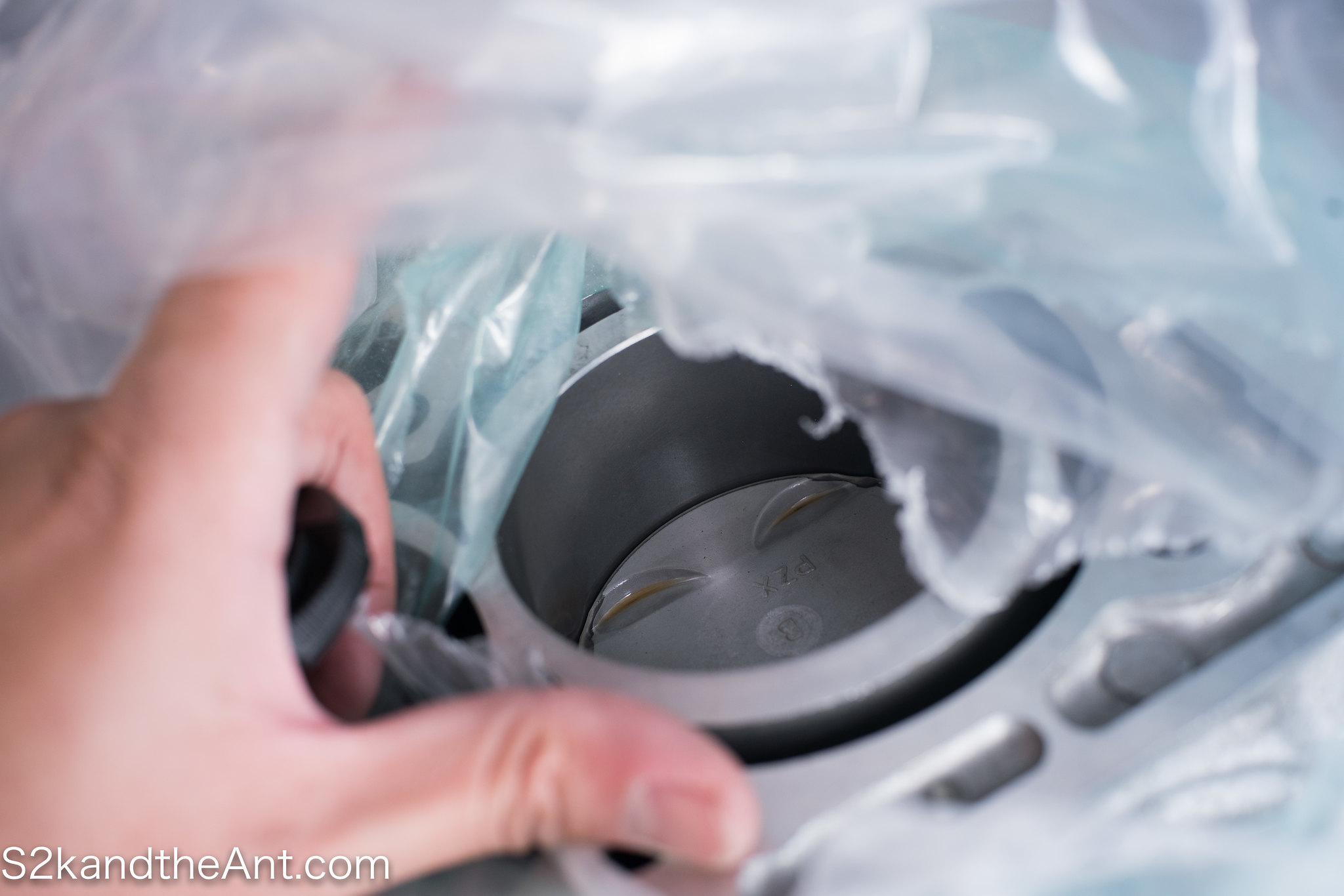 Some of you guys may wonder why don’t you go with a “built” block….. to me it seems like a majority of these “built” engines end up blowing up or not running properly. The FRM cylinder walls definitely make the engine more difficult to rebuild. I’ve known people that have gotten their engines built at some of the top shops in the country still have weird oil burning issues etc…. with an OEM shortblock you can 100% know this engine is reliable. I believe that is the premium you pay in this situation. On the same note, I would only trust built engines built by some of the top JDM tuners, like TODA racing or K-tech Engineering, I’ve personally seen their engines built on the track really abused, most built engines in the USA never ever see circuit racing track time, mainly drag racing for the most part.

It’s crazy how when I think back to 6-7 years ago in the S2k scene, an OEM short block was around $2k and a used hardtop went for around that same price too. With the prices now on hardtops, you can see how special the S2k is, how limited it is, and how in the future it can someday be a car worth something to not just us diehard S2k owners, but actual car collectors.

Another quick Youtube Video I made. Please let me know how I can improve.