2018! and it’s almost Feb already!  Pretty nuts how fast my life seems to be moving nowadays.  So I don’t know if you know this, but AMAZON JAPAN ships to the USA.  Typically for smaller items like books and magazines and such…..It’s way cheaper than your local JDM bookstore, because you are paying the actual price of the magazine + shipping is pretty damn reasonable. So when the next S2k Hyper Rev comes out, I’ll definitely get my friends together to order some!

With that being said, my wife had an order in and she asked me if I wanted something.  So I asked for this super rad super jdm book. 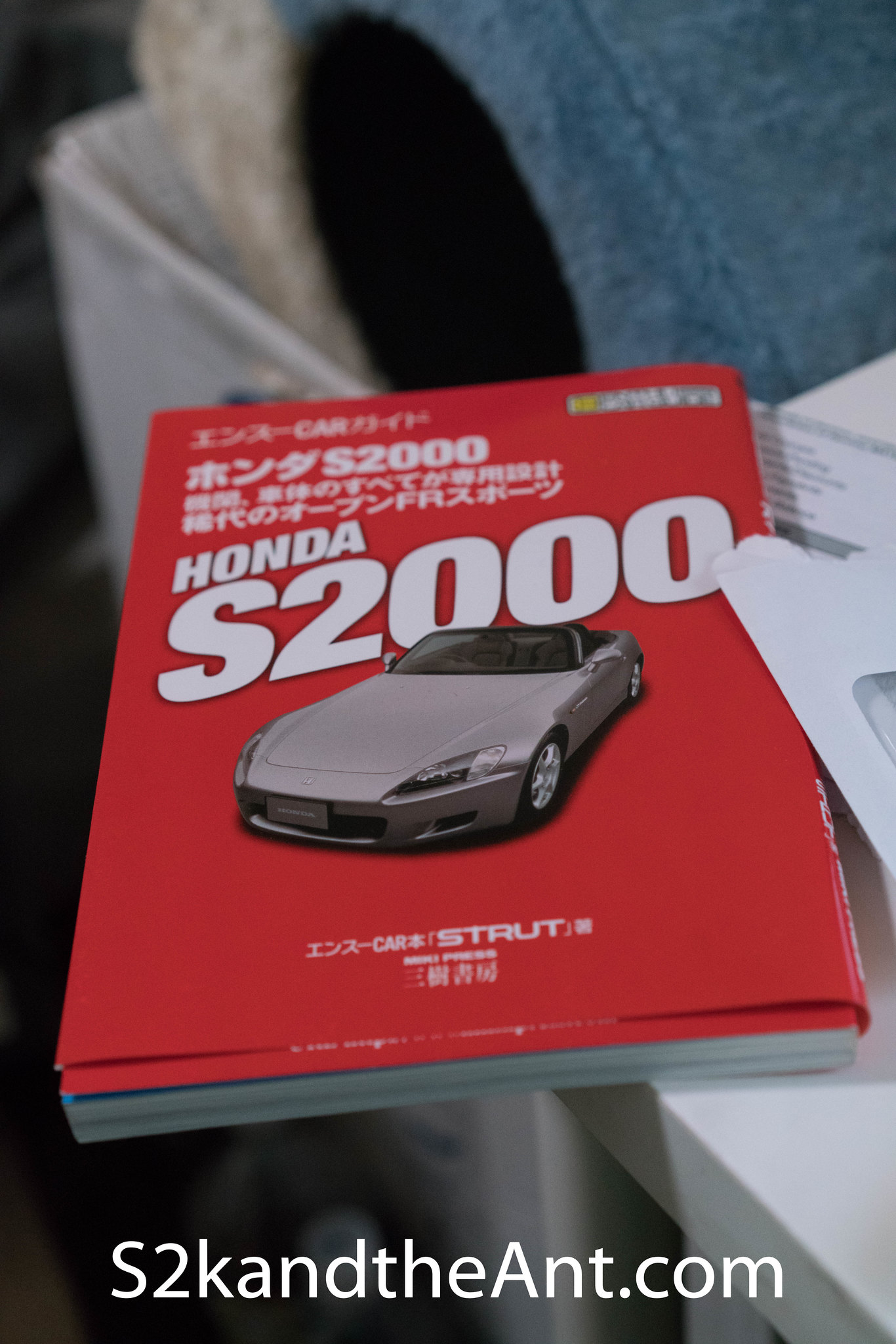 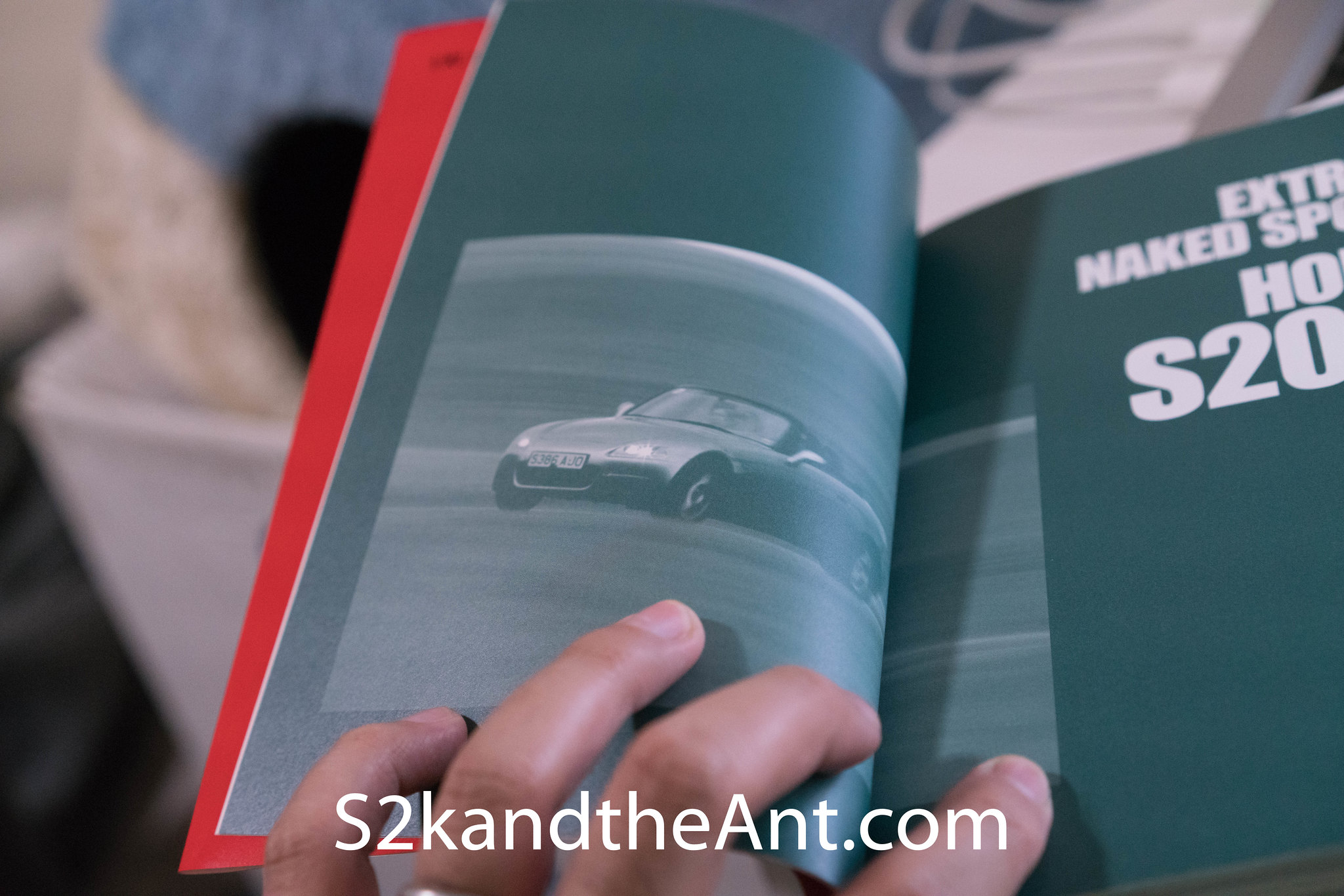 Super detailed buyers guide explaining all the different models and generations of S2000s. I really wish we had an English version of this. 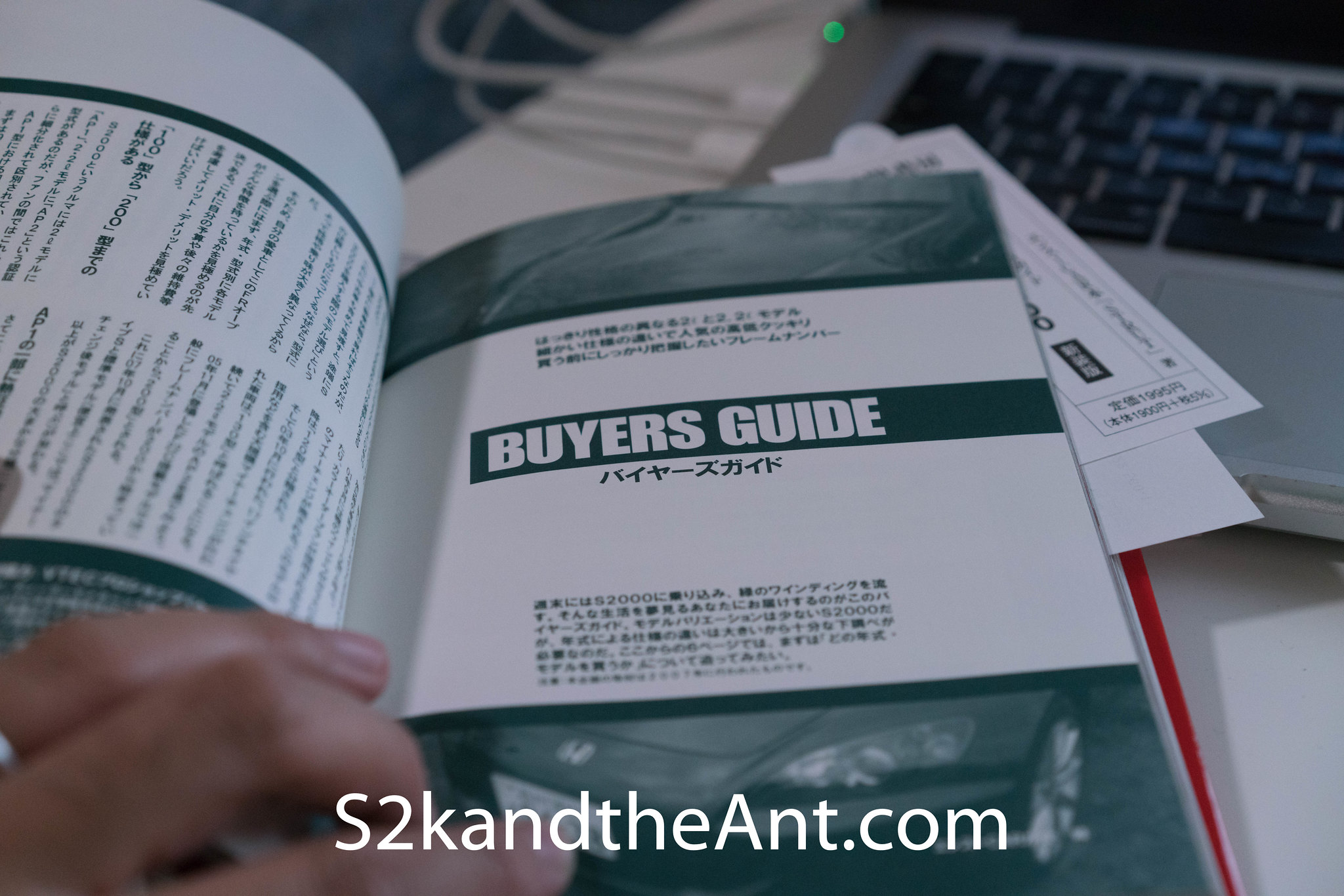 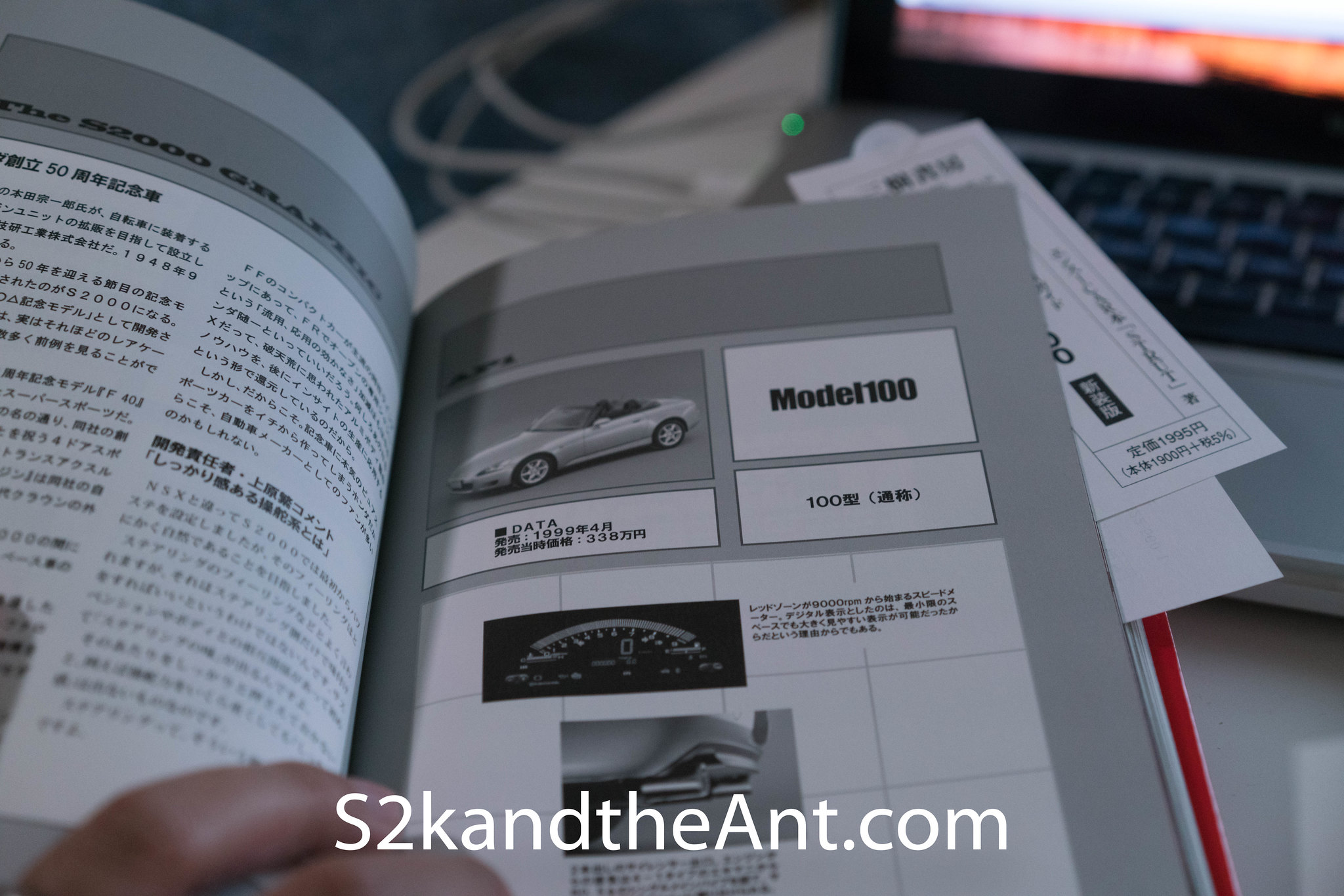 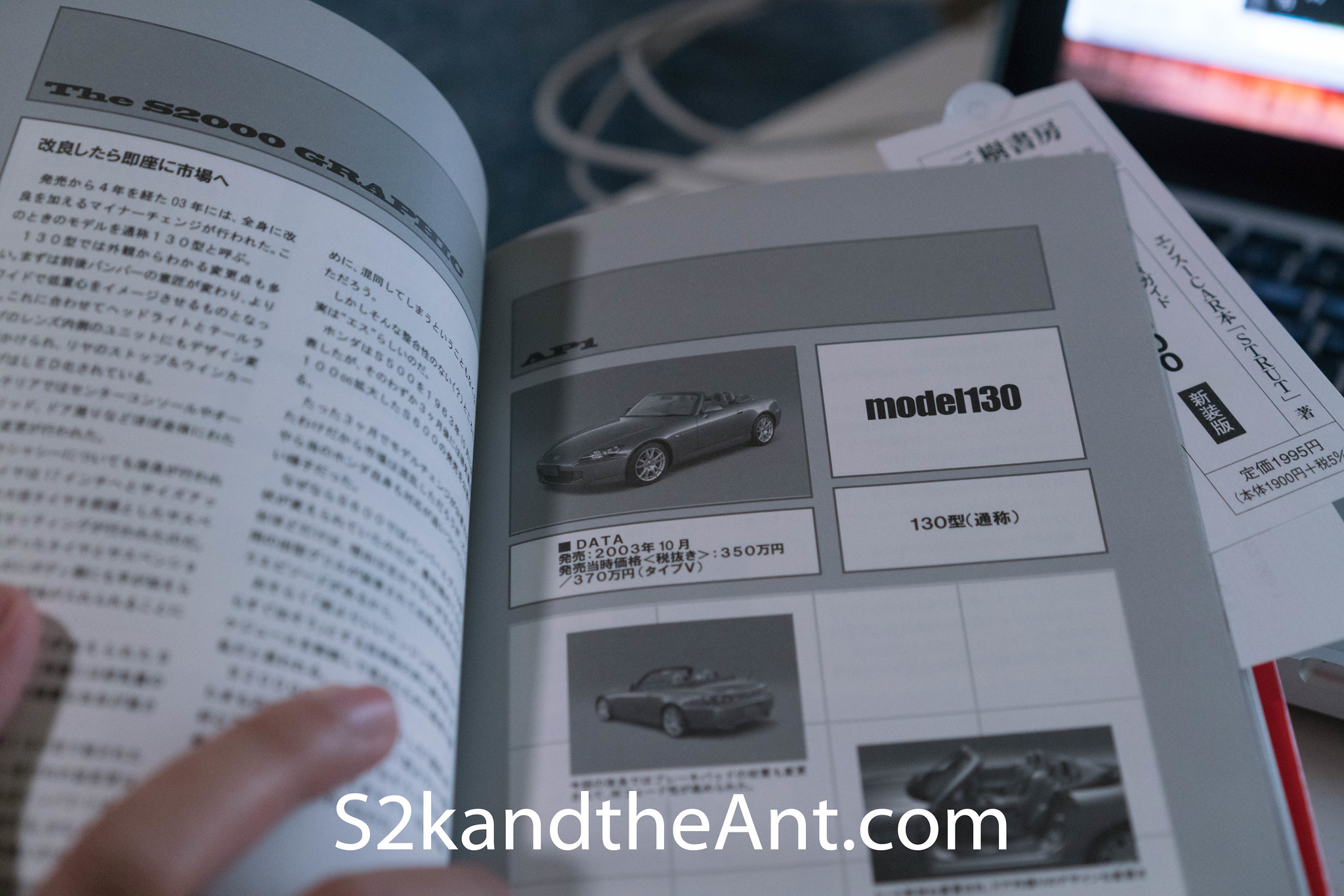 The buyers guide goes into further detail of what to look for in an S2000. They are some pictures but of course everything is in Japanese.

Tons of Great pictures in this book. I enjoy the prototype S2k Material. 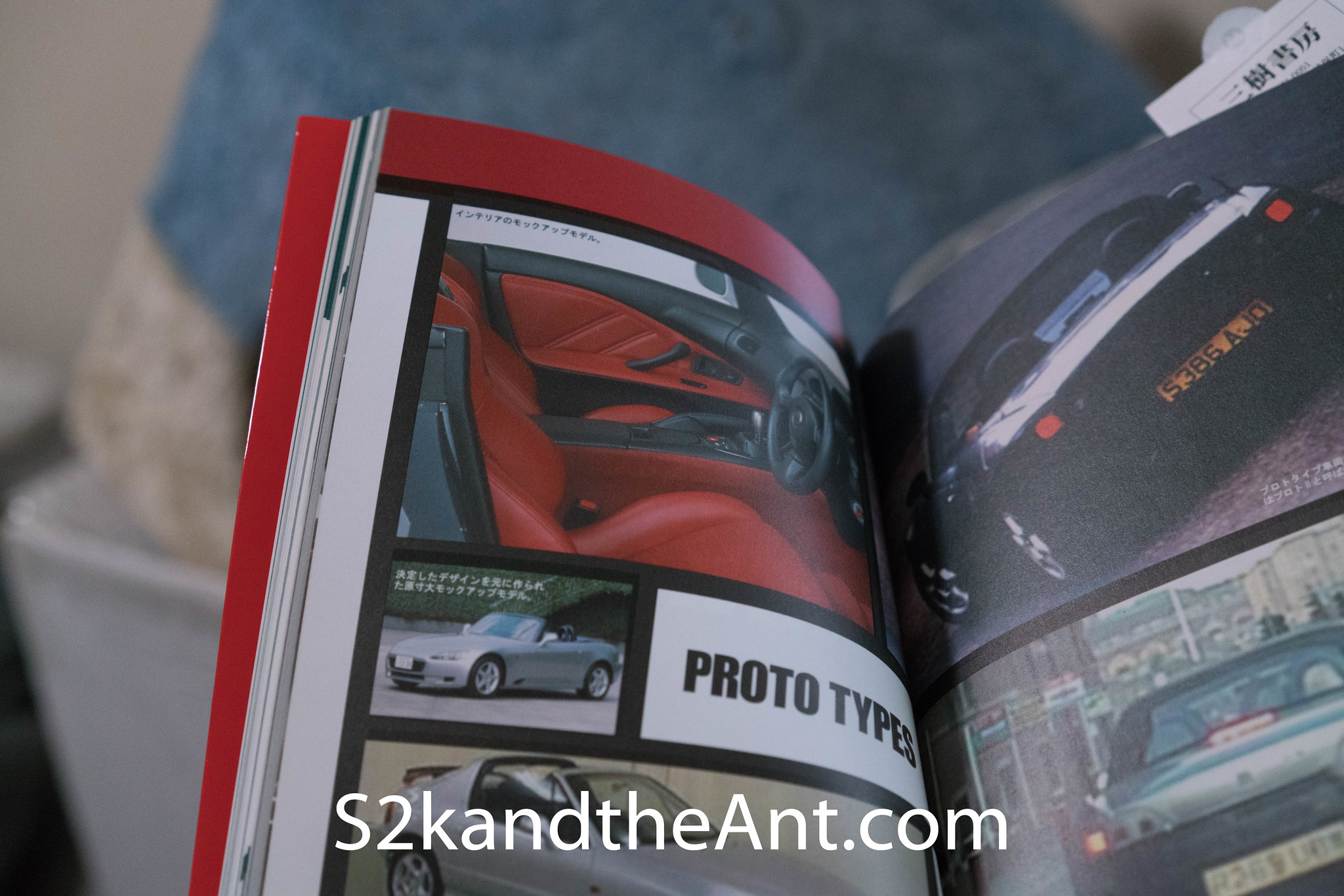 This is pretty awesome. The Del-Sol was used as an S2k Test mule. Pretty much Del-sol skin but all S2k Drivetrain. These are used for testing purposes and not to reveal what the actual car looks like. The S2k was actually used as a test mule for the ill-fated NSX car with a v10 Engine. 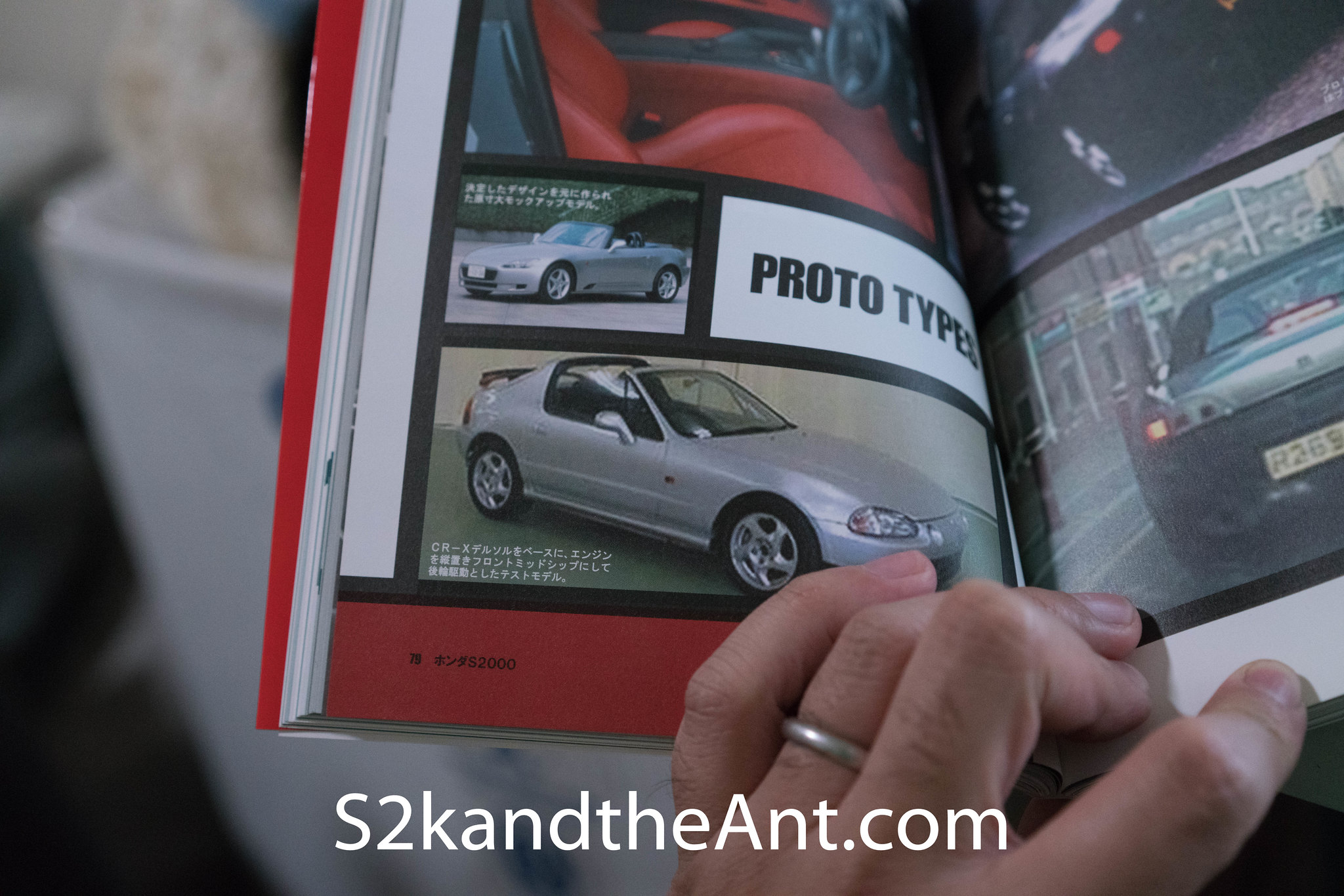 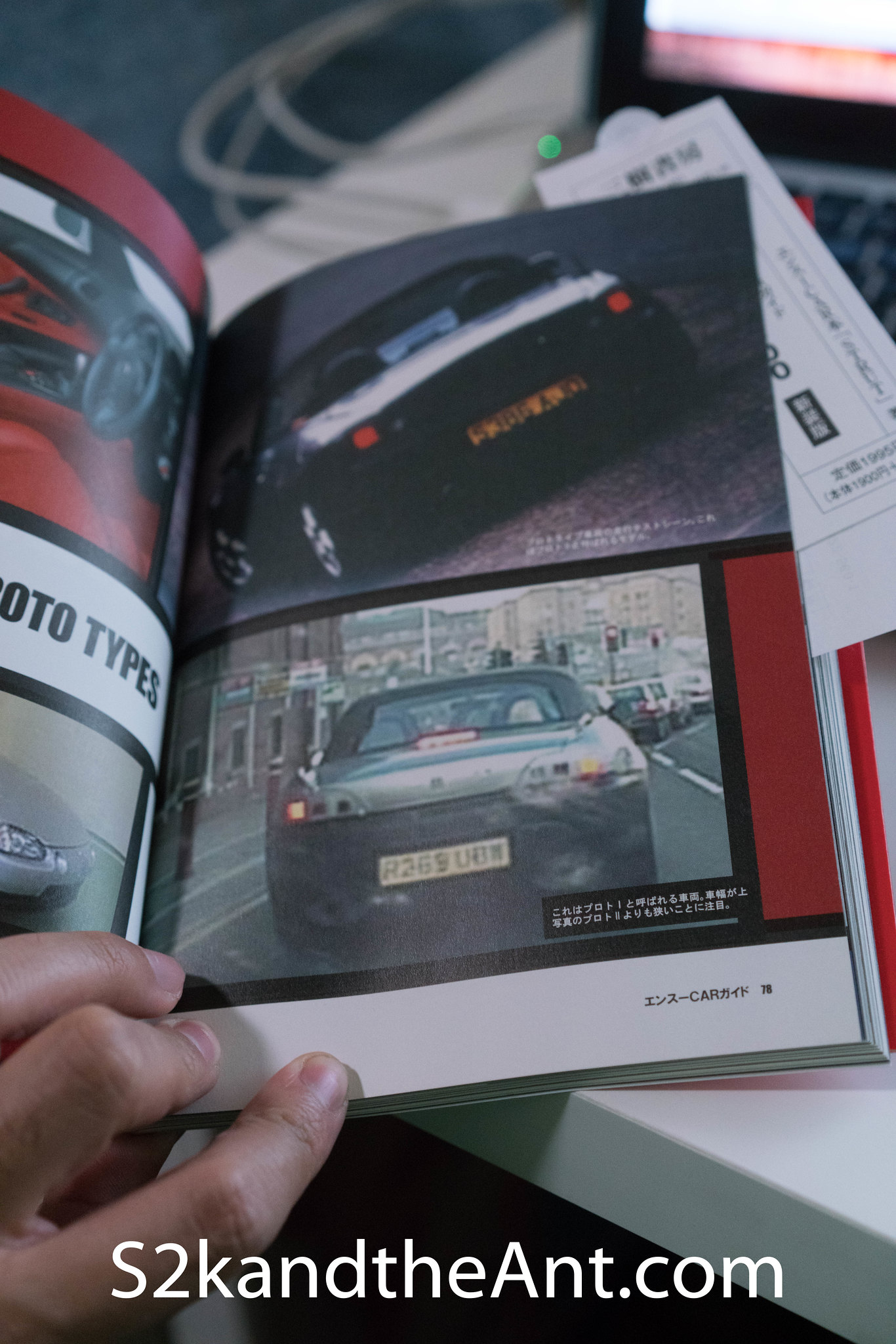 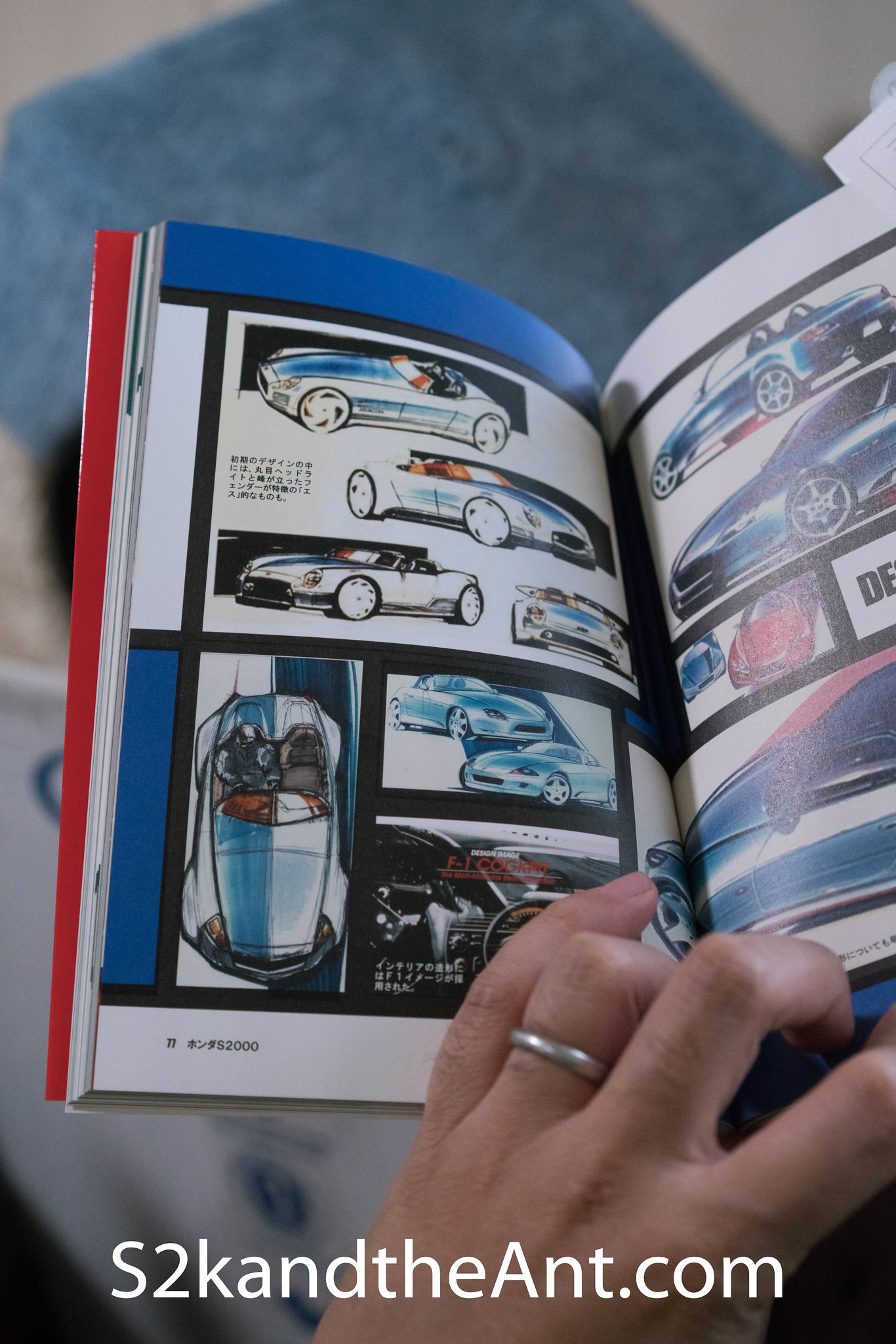 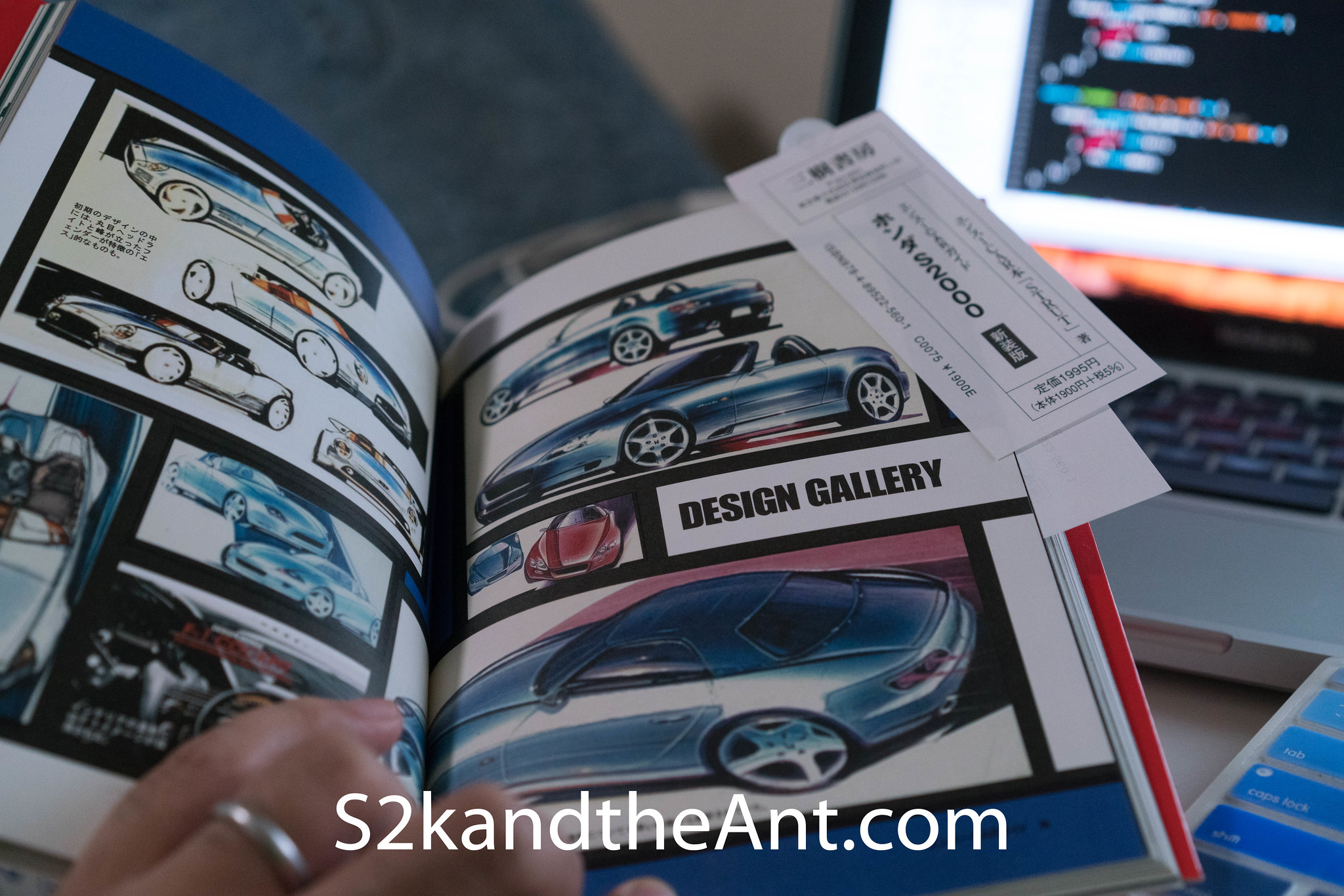 Another crazy early prototype S2k. Look at that crazy lip. I can see a bit of ASM in that front bumper. The side is interesting too. 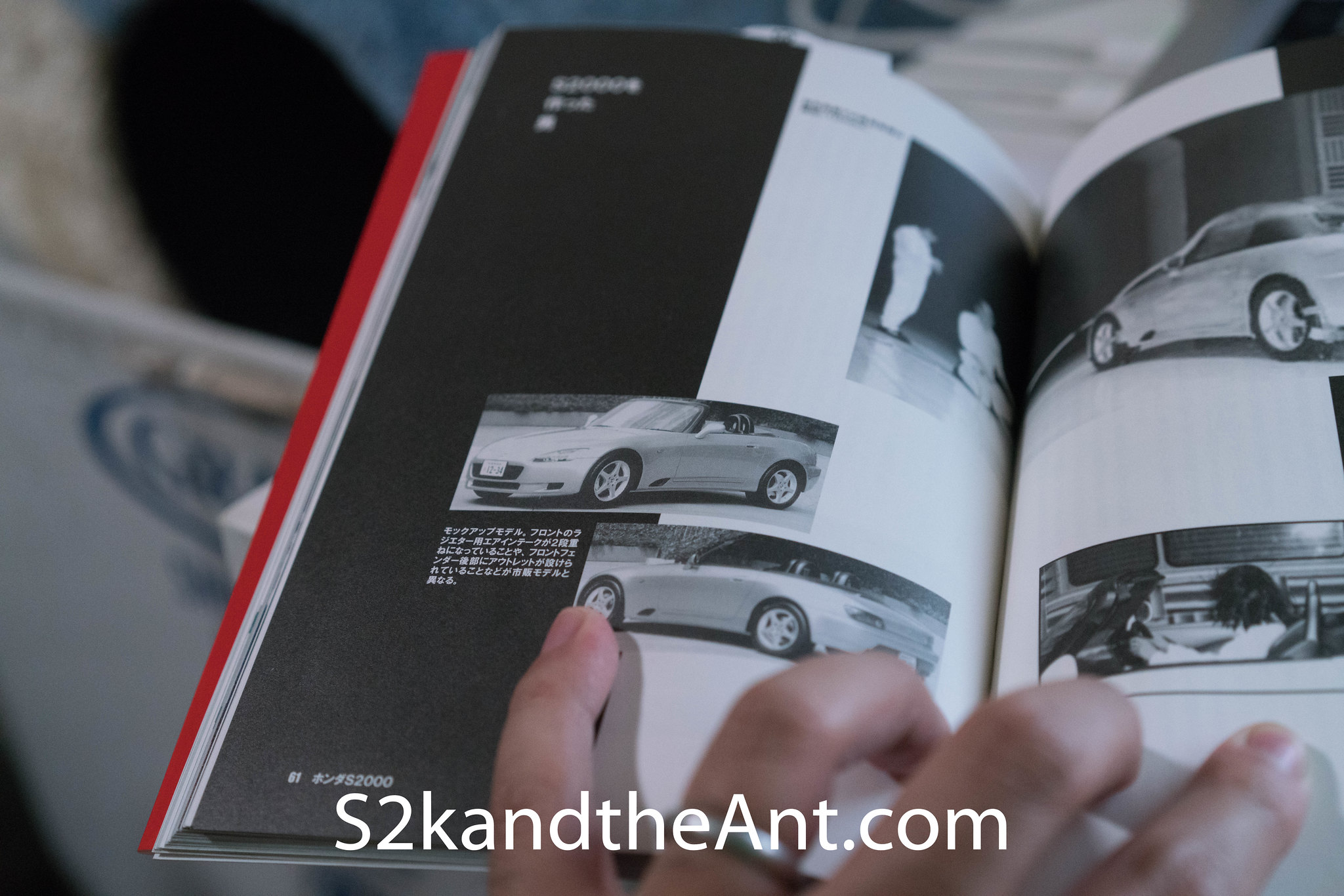 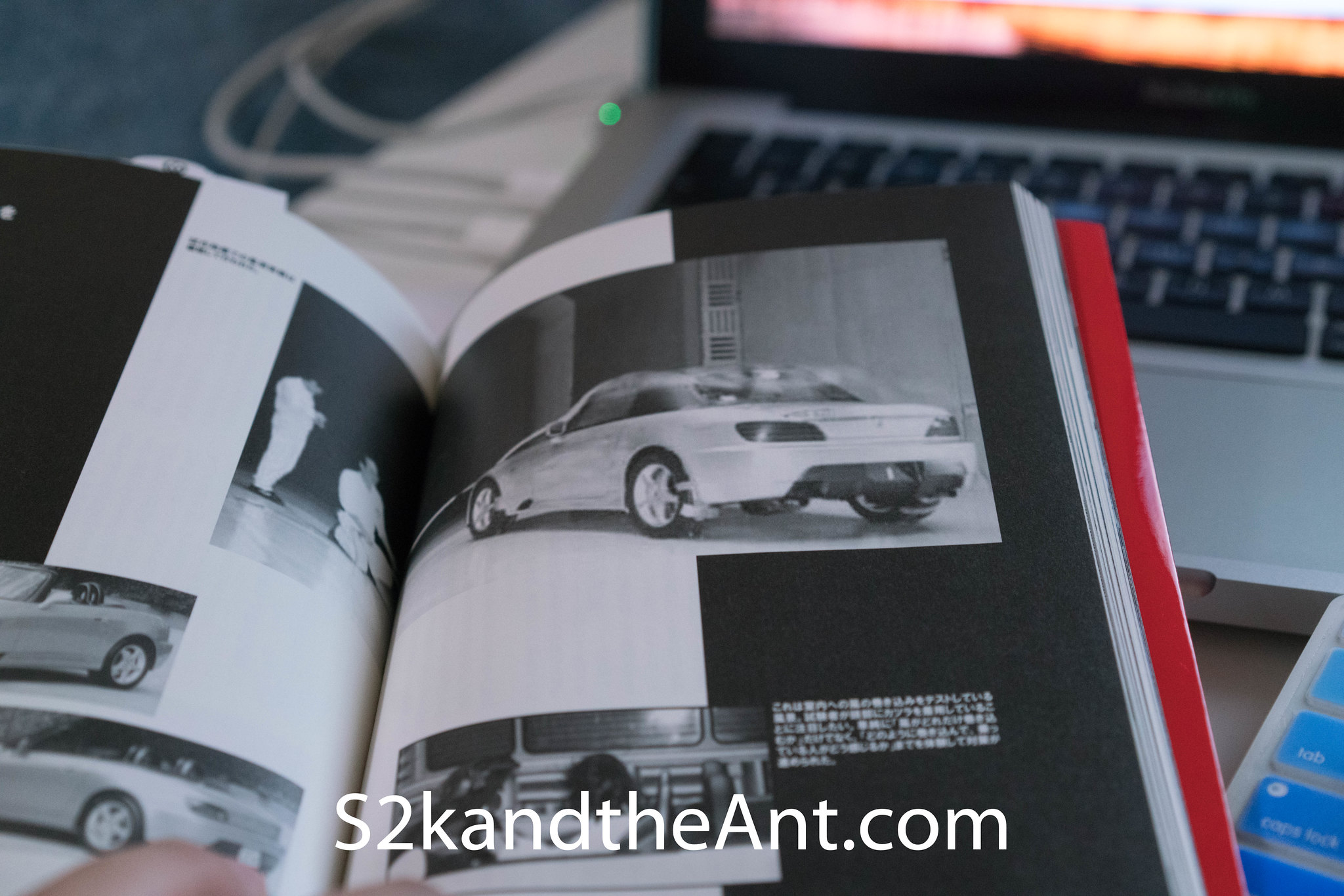 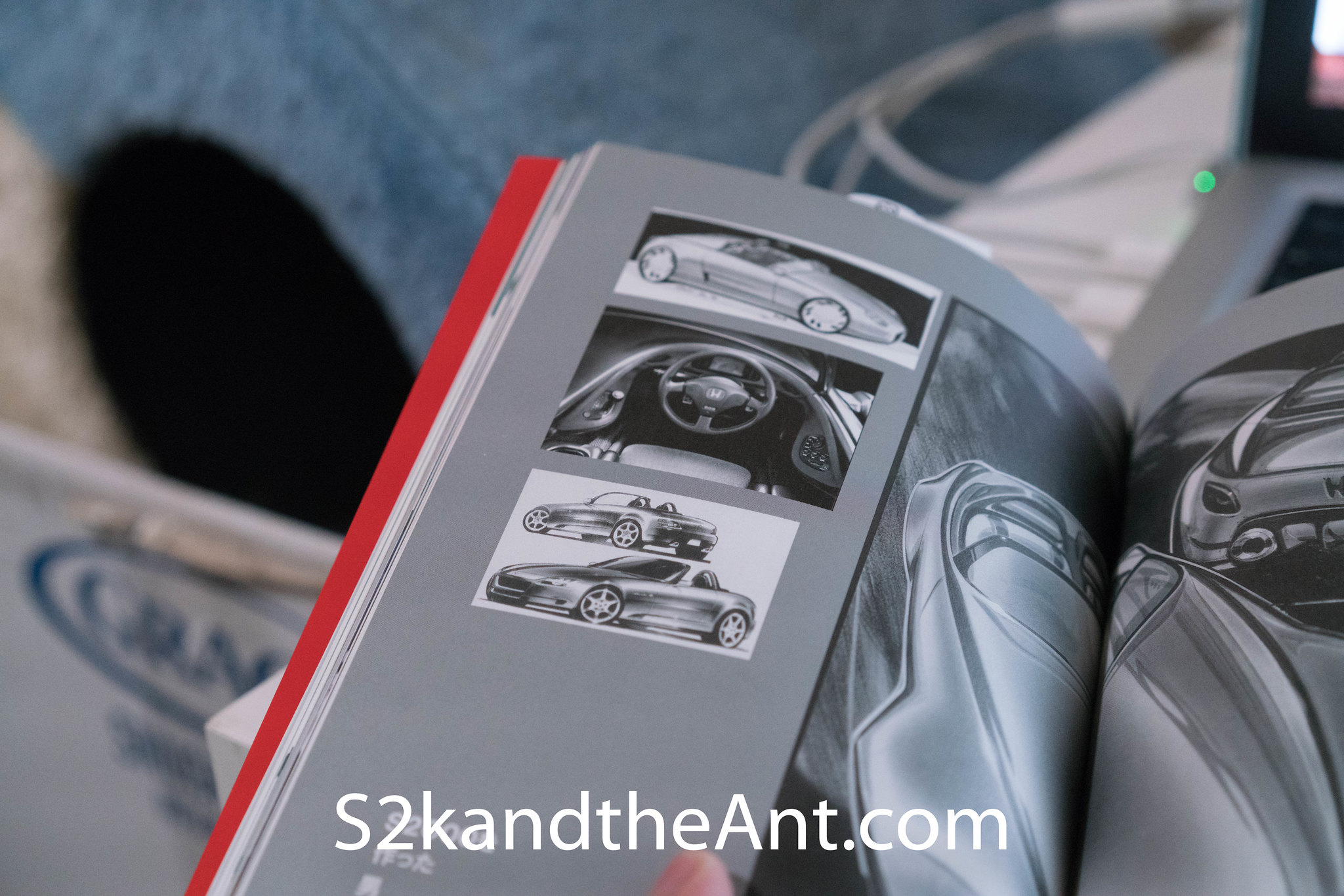 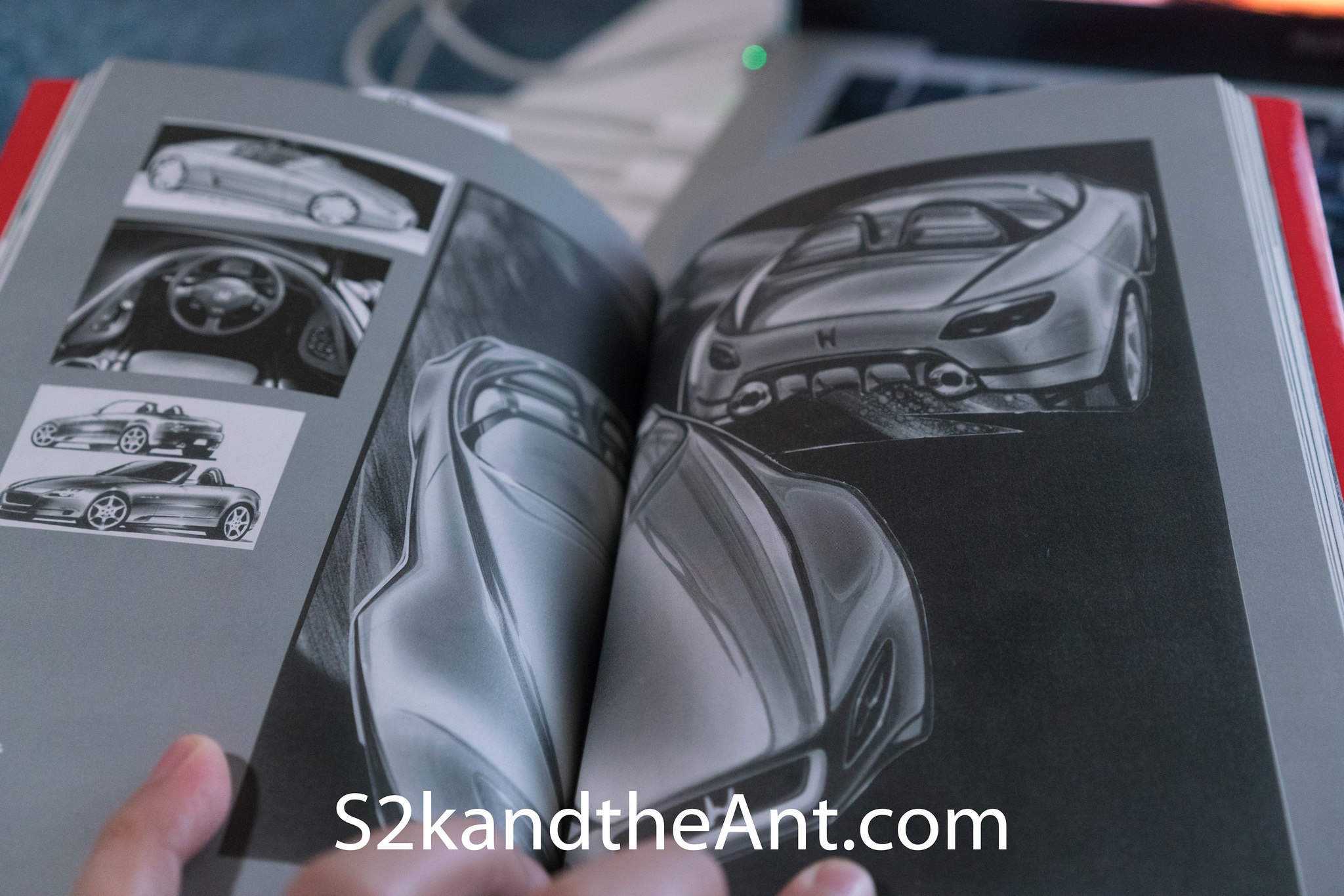 So that is just a glimpse of the book. I highly suggest you guys buy it! Definitely cements myself into S2k Otaku-dom….