Hey guys.  I’ve had this part for a while now, holding onto it hoping that one day I can resume my build…..  If you guys know me, you guys would also know I’ve done the ITBs thing before.  In a previous life I had Jenvey ITBS. You can check it out here, jesus it’s crazy to think I was only 23 when I made the first post on this blog.  I regret not taking more pictures….

Here are a few pictures off of my flickr of the jenvey units: 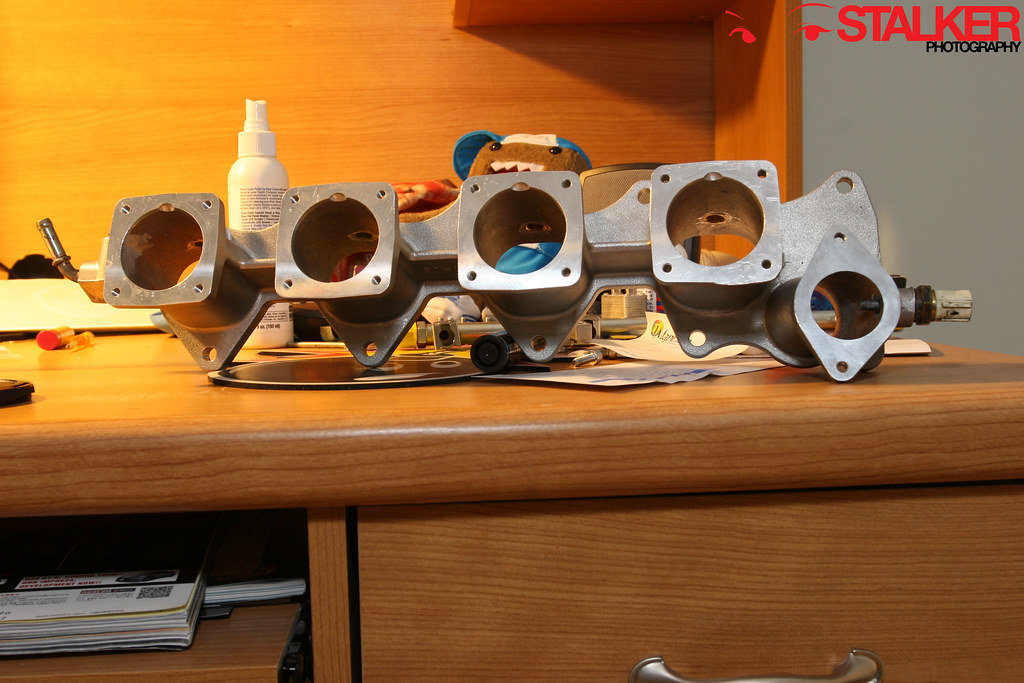 When you receive the Jenvey Kit, it’s unassembled, so you have to go about assembling the kit yourself.  The coolant temp sensor port to the right, you have to drill and tap that in yourself.  The coolant line to the left, that is not standard, I had to cut and weld from an intake manifold I had laying around.  Take note of the flange of the coolant exit, the bolt behind that flange is a pain in the ass to get once it is on the car.  I had to use an allen bolt and cut off the head of an allen key to reach it. 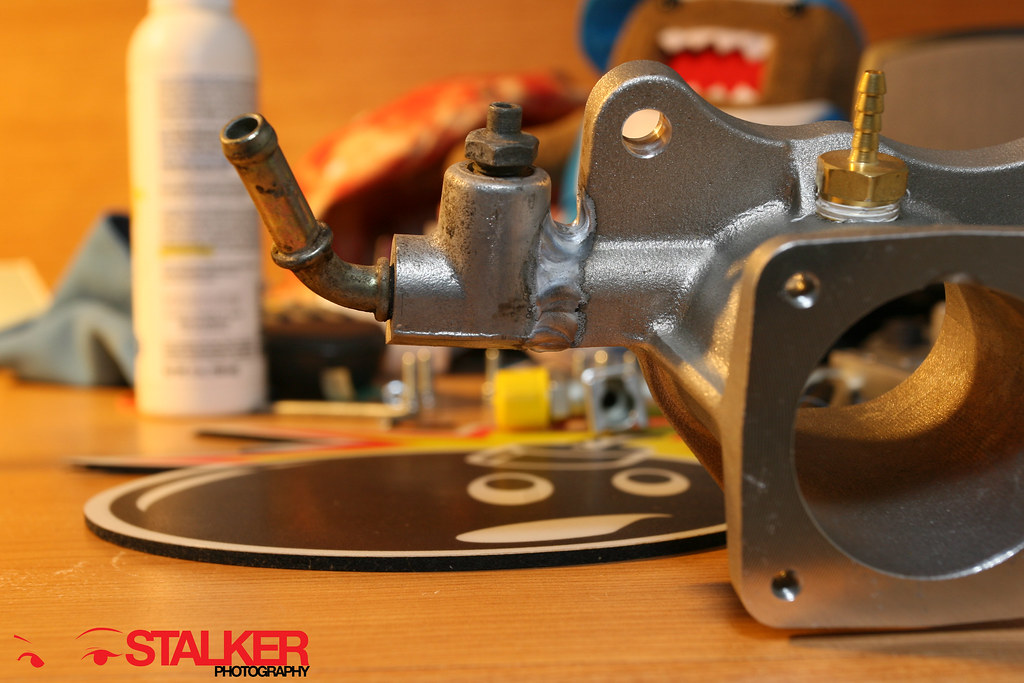 You can see how I welded the factory coolant line here, so I can retain the bleed functionality.  I later cut this off since it wasn’t flush with the head…. dummy me, I should of checked beforehand.  Those vacuum ports you see, I had to drill, tap, and screw in each of those nipples…. (Stalker photography was a logo I was working with for awhile… I wonder what happened to that adobe file.) 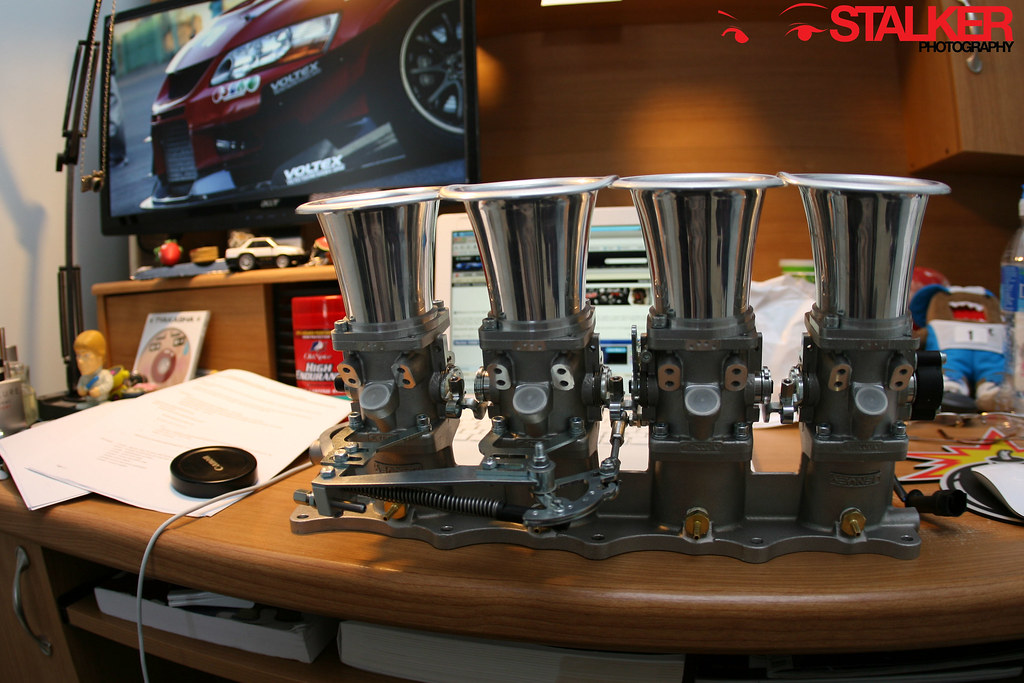 All assembled and glorious looking.  Unfortunately, I was never happy with the fit and finish of these units.  I had to source my own injectors, I went with Ford Racing Injectors 440cc Injectors.

For the TPS, jenvey made an OEM s2k TPS adapter which I had to buy later on….

The problem I have with the Jenvey ITBs, that I’ve always repeated, is that the Jenvey ITBs were not created with the S2000 in mind.  They were created for F20/F22c kit cars.  The lack of thought, i.e the missing coolant bleed port, bad coolant flange design.  Hayward performance remedied this issue by creating their own ITB flange, and still utilize the Jenvey throttle bodies. 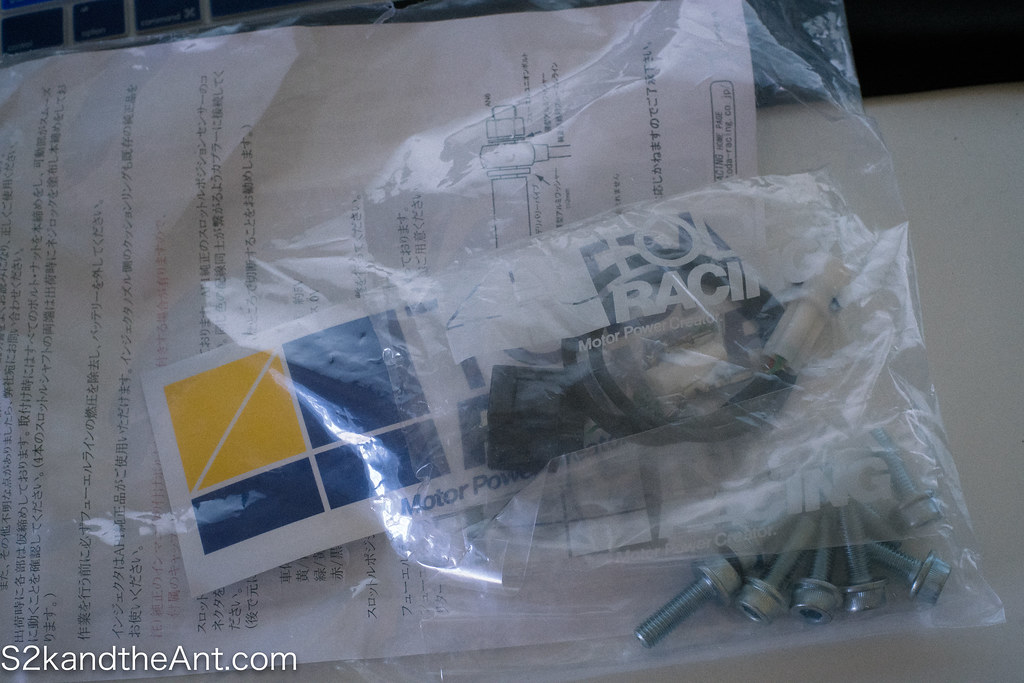 I’ve always wanted the Toda Racing ITBs.  I wish I went with this setup from the get-go. The Toda ITBs comes with a Toyota based TPS system and in the instructions how to wire this up to my current setup. 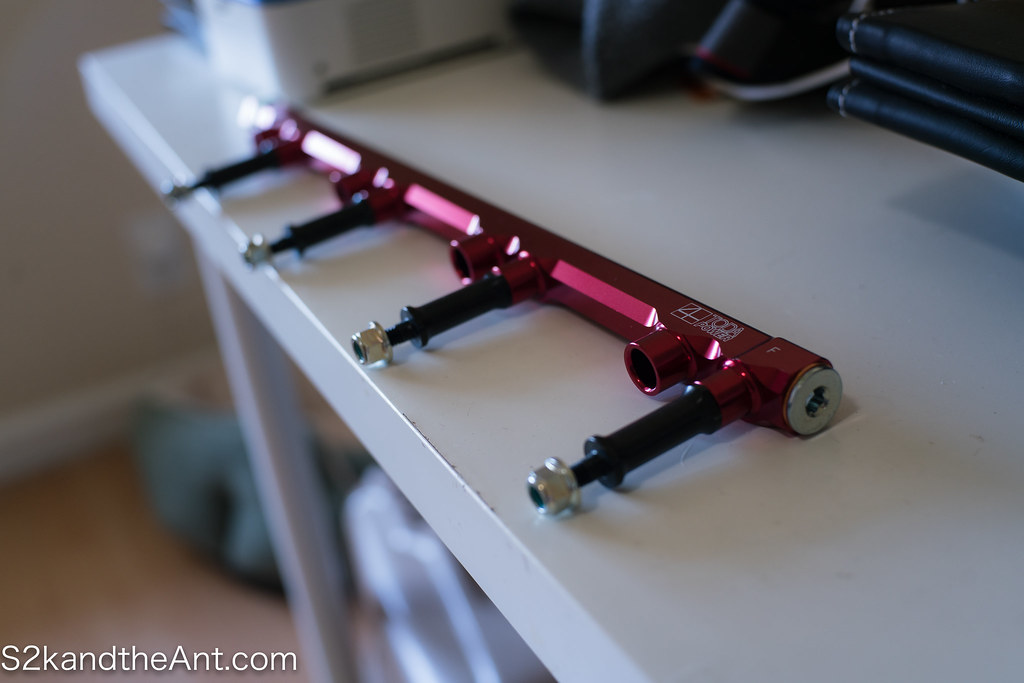 The fuel rail it comes with is beautiful.  Super heavy duty, it’s a billet piece.  The jenvey fuel rail feels like a cheap aluminum tube compared to this. 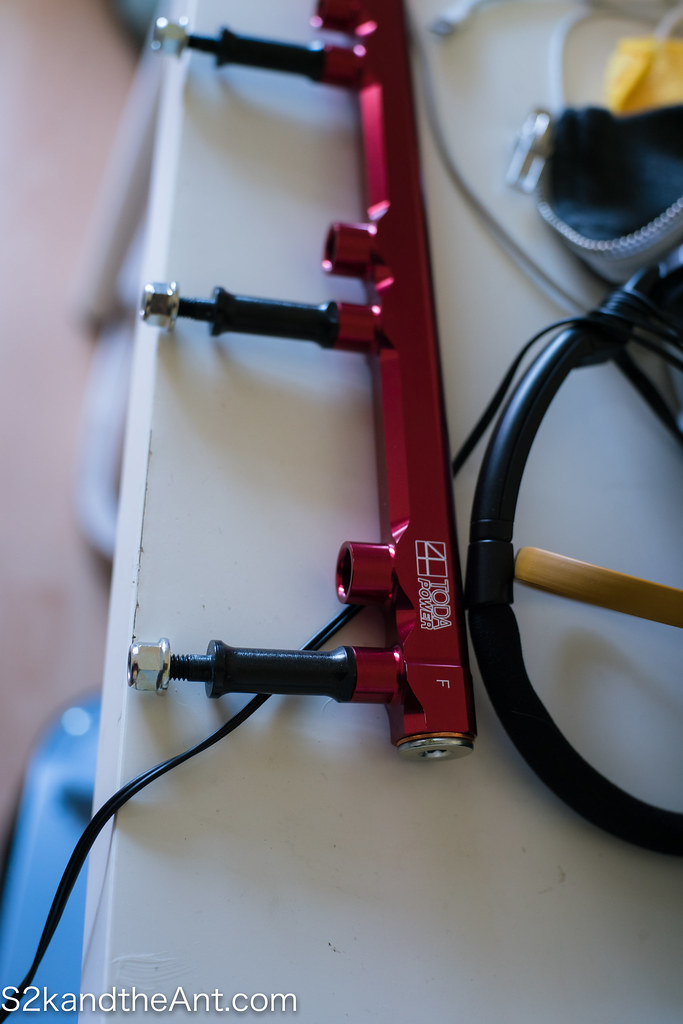 I love how these are compatible with the OEM s2000 injectors, so that cuts cost of sourcing different injectors and allows you the option of upgrading injectors later on. 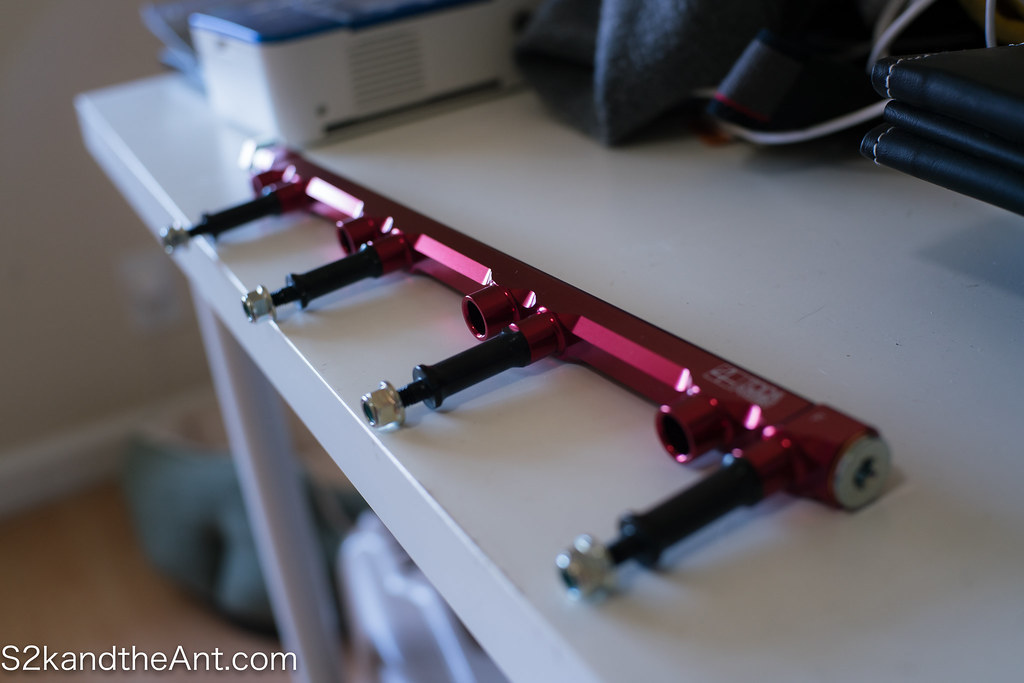 For the Jenvey ITBs, I had to convert my fuel system to an -6 AN system.  For the Toda units, all you have to do is bolt the OEM Banjo bolt system to this fuel rail.  Little things like this is what I really like about the Toda system and JDM products in general.  The level is meticulousness is unrivaled by any other manufacture. 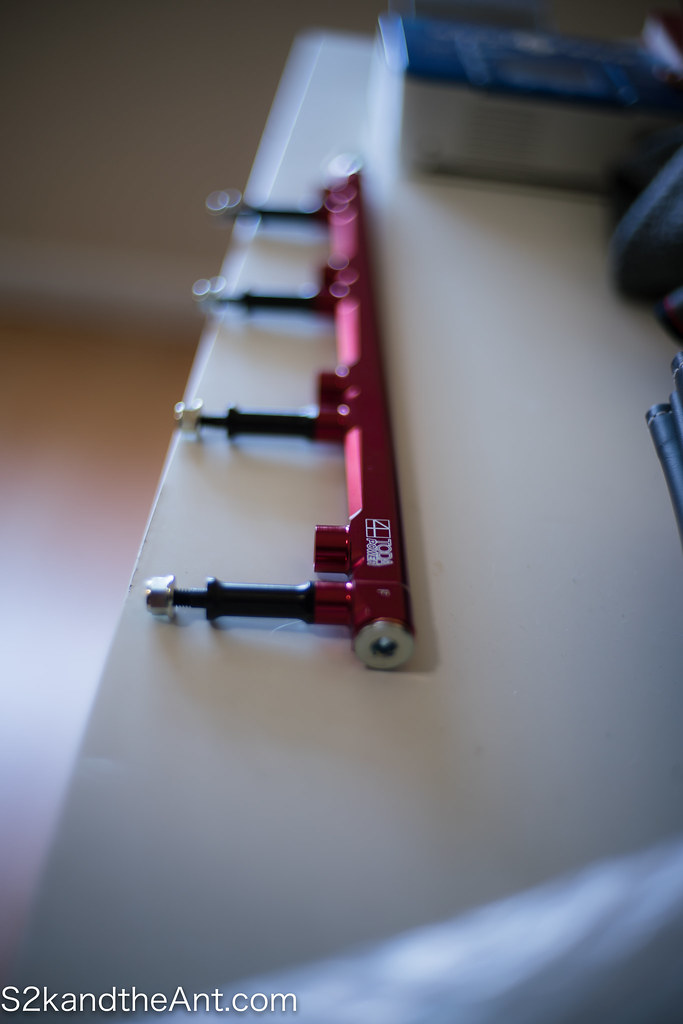 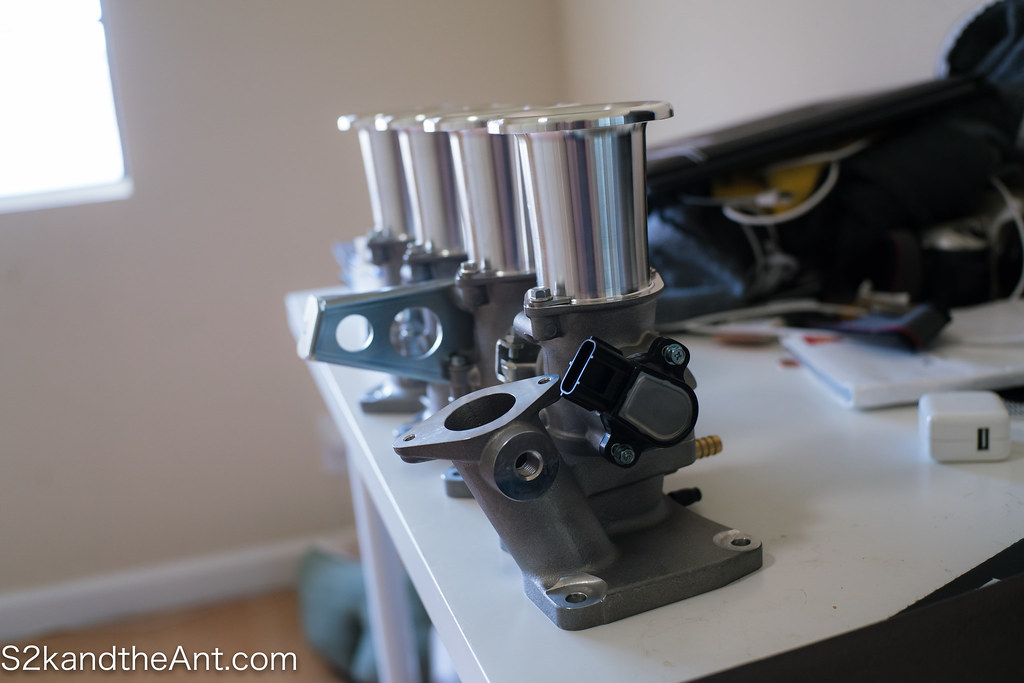 The TODA ITB units come pre-assembled.  They are based off of the Toyota AE101 ITBs.  The one I have is the 88mm units. 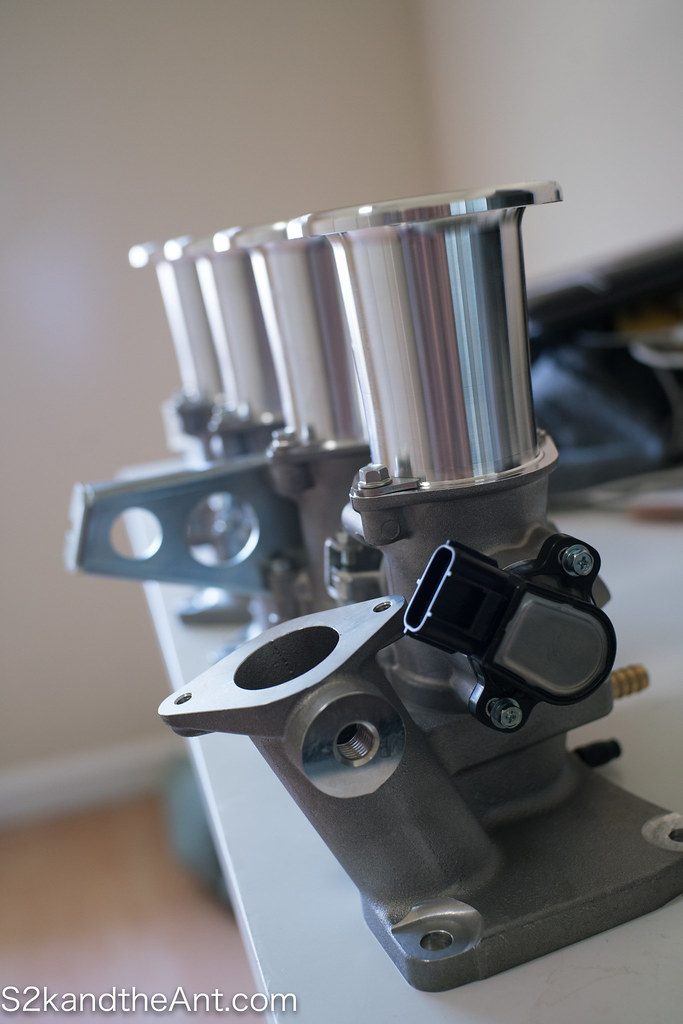 As you can see the whole is already tapped for the coolant temperature sensor and the flange for the coolant exit, is where the OEM intake manifold is, so it is much more accessible to bolt this to the head… 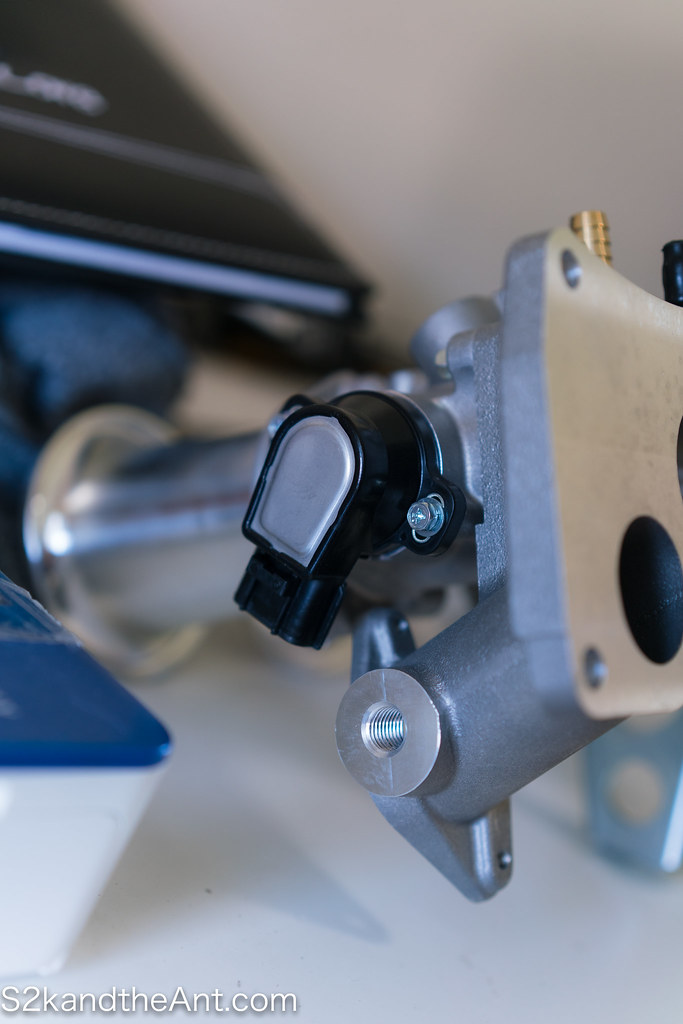 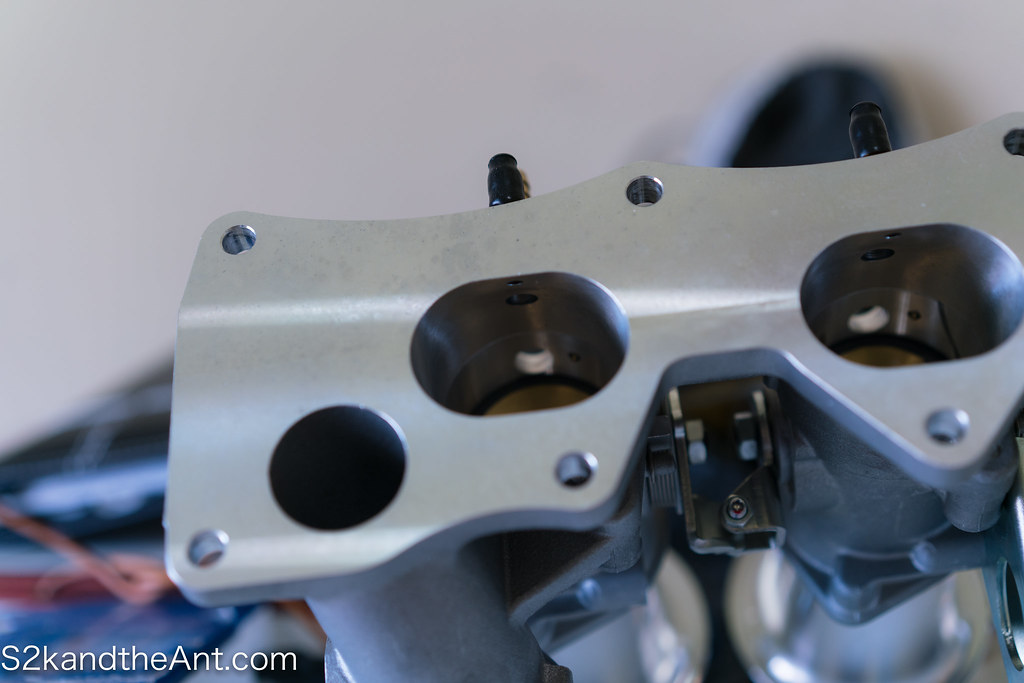 You can see how some of the vacuum ports work, there is 2 per runner. 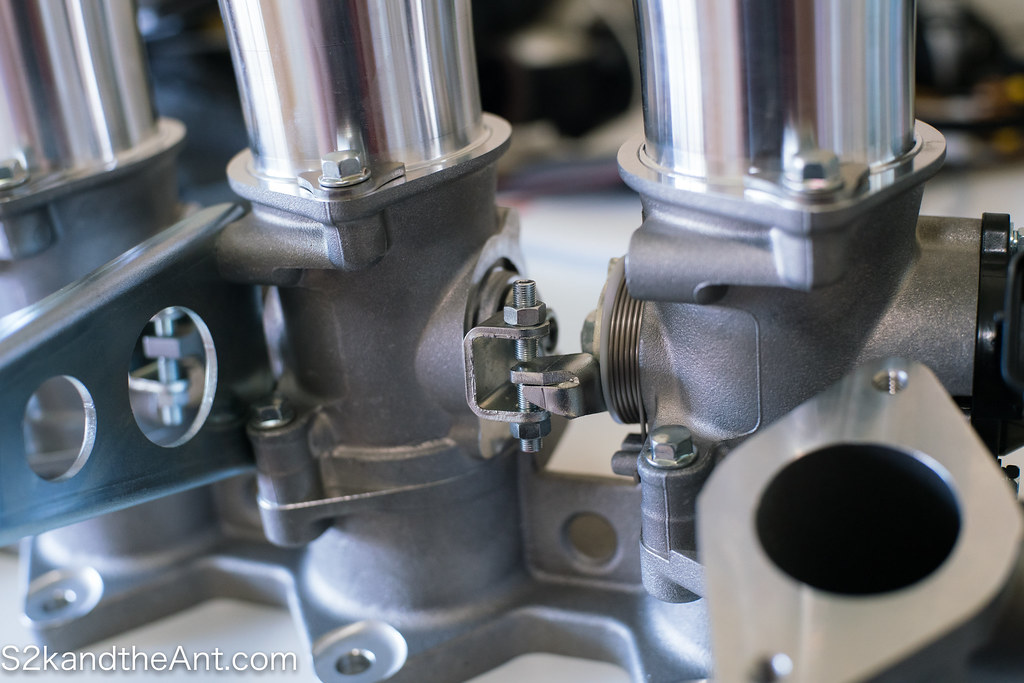 Closer look of the linkage between throttles. 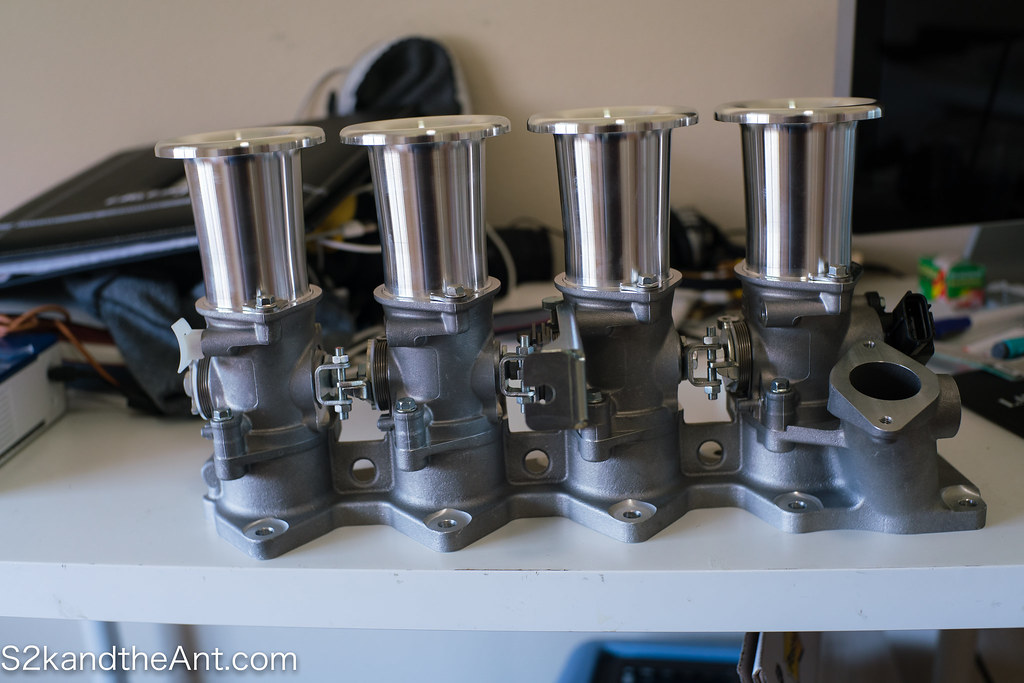 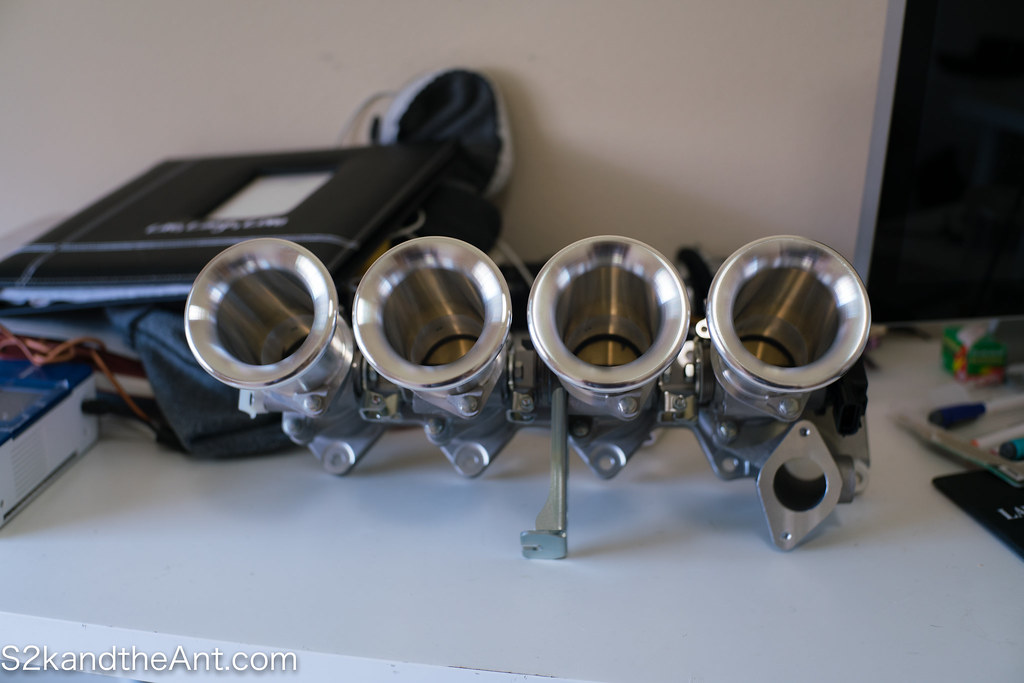 Of course this will plug and play with the OEM throttle cable, while the Jenvey units you have to come up with something yourself. 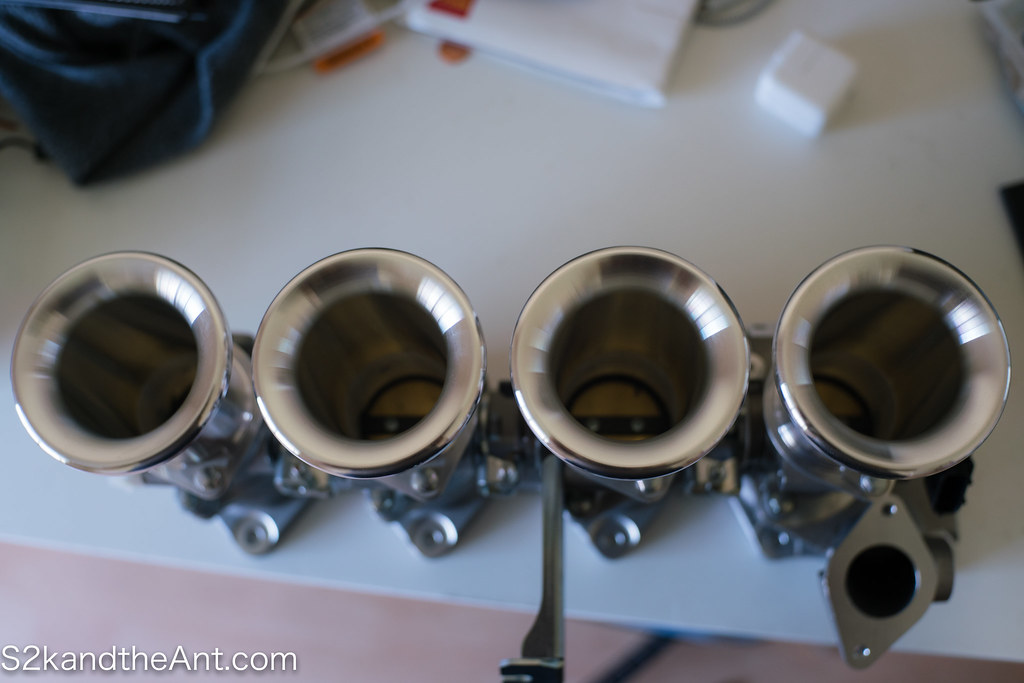 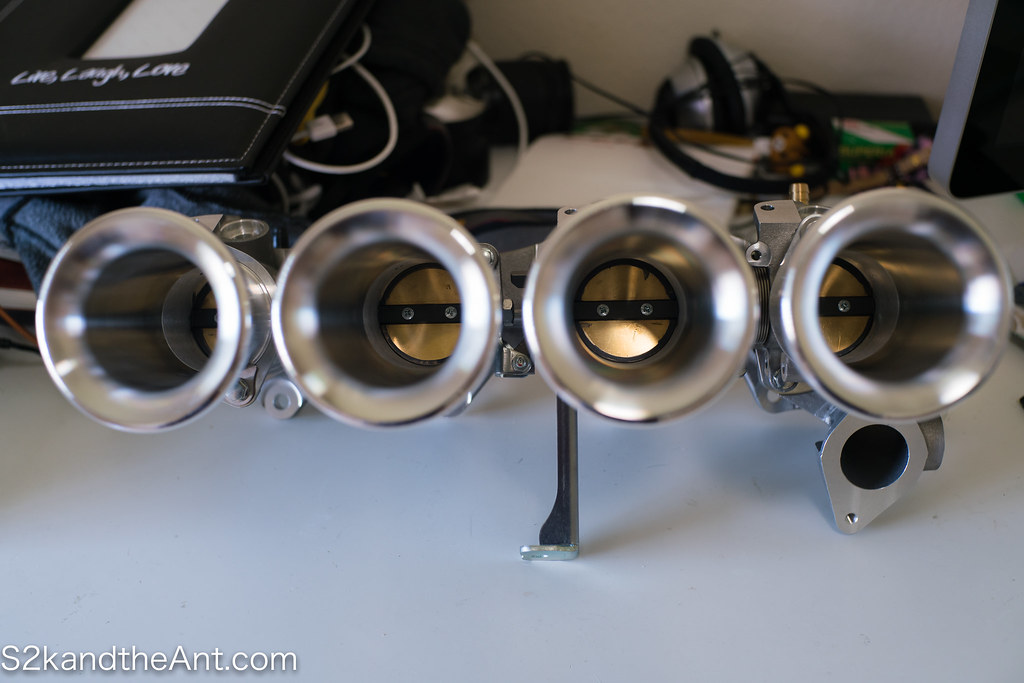 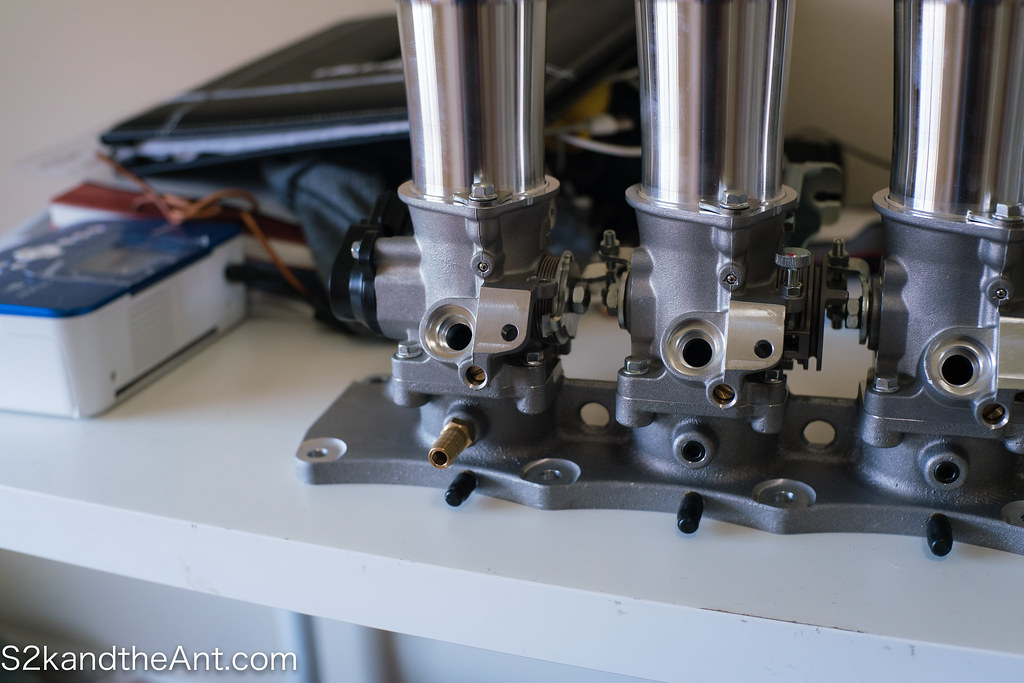 One port with a barbed nipple already.  Probably for brake booster. 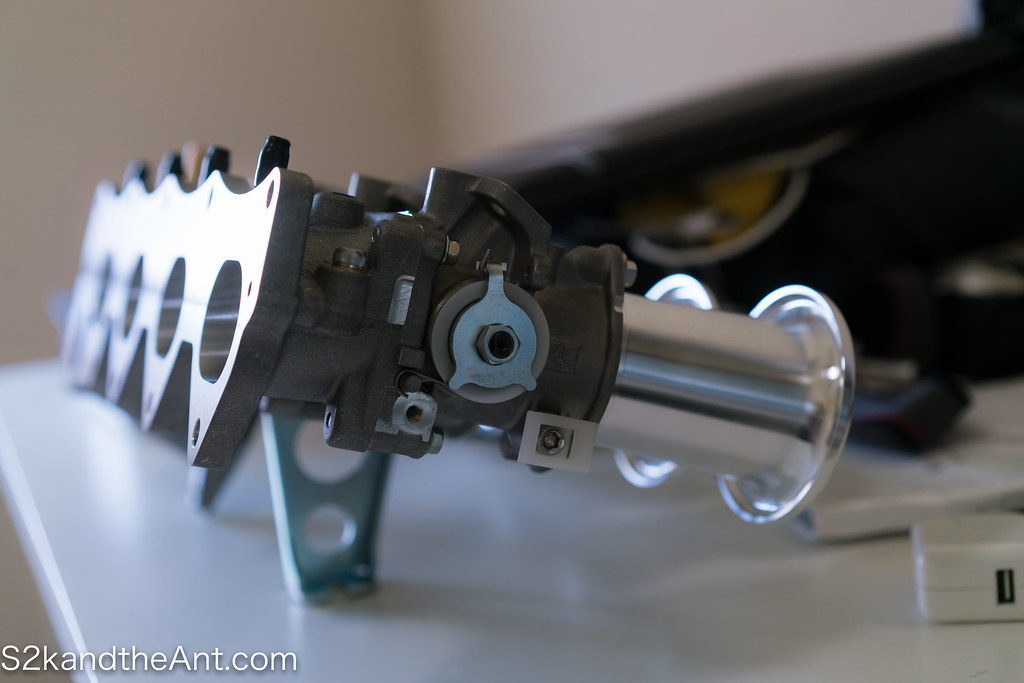 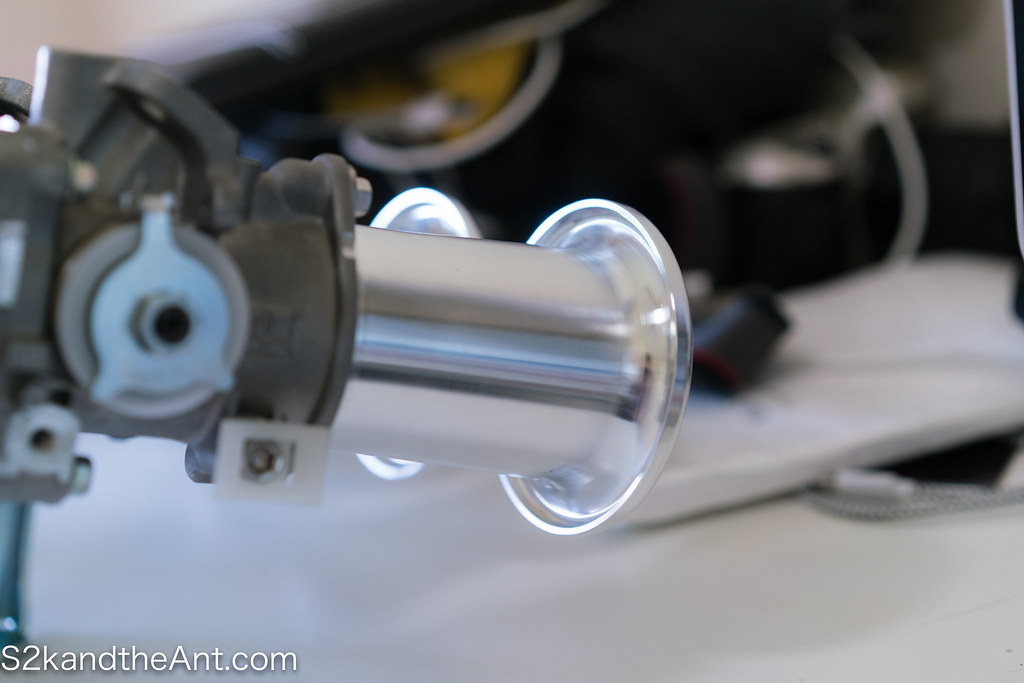 The trumpets feel incredibly solid, as if they are machined out of a block of aluminum.  The Jenvey throttle trumpets felt really cheap to me, you can even bend the Jenvey trumpets by hand. 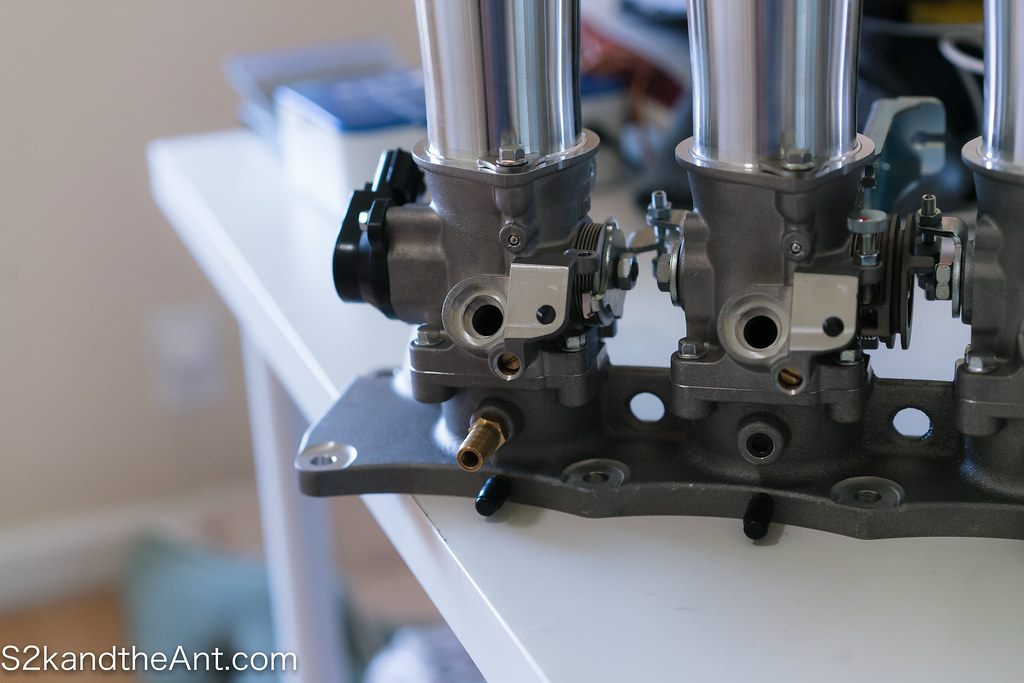 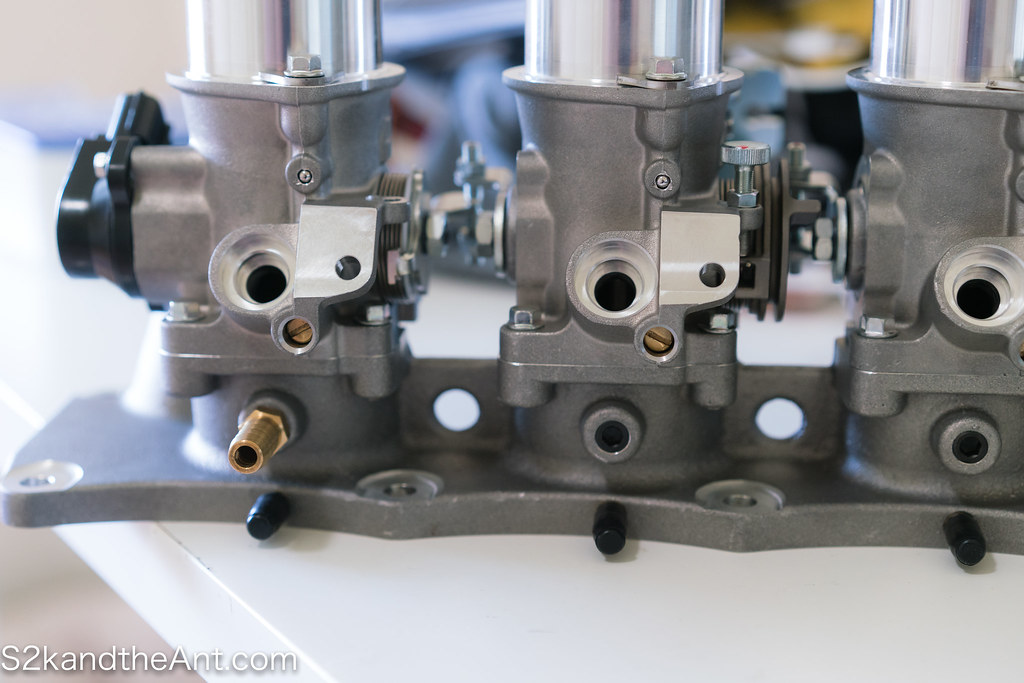 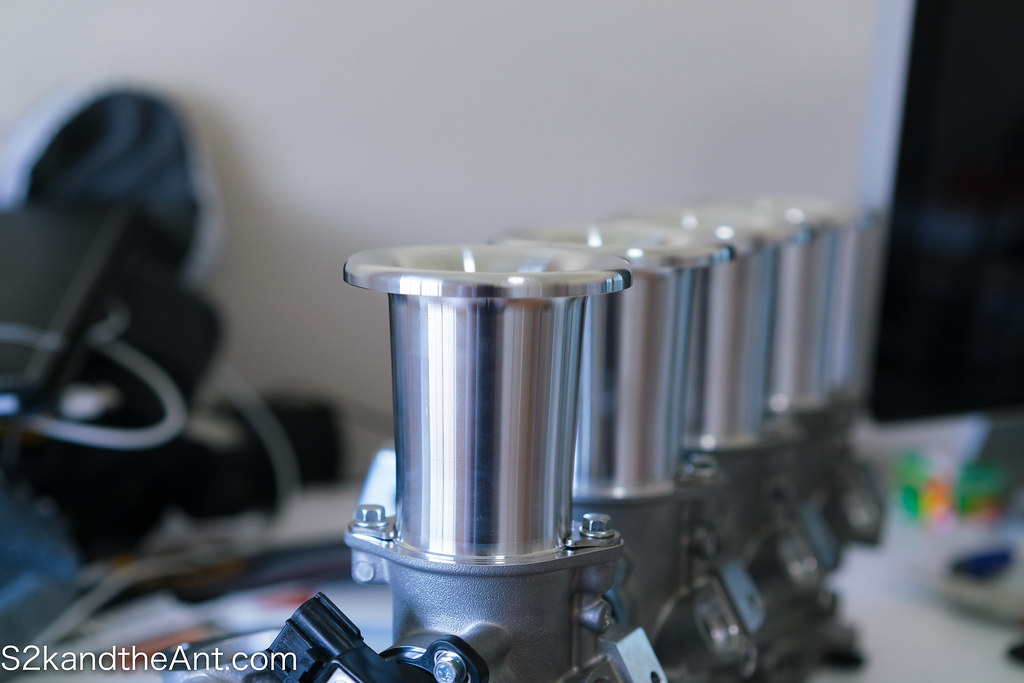 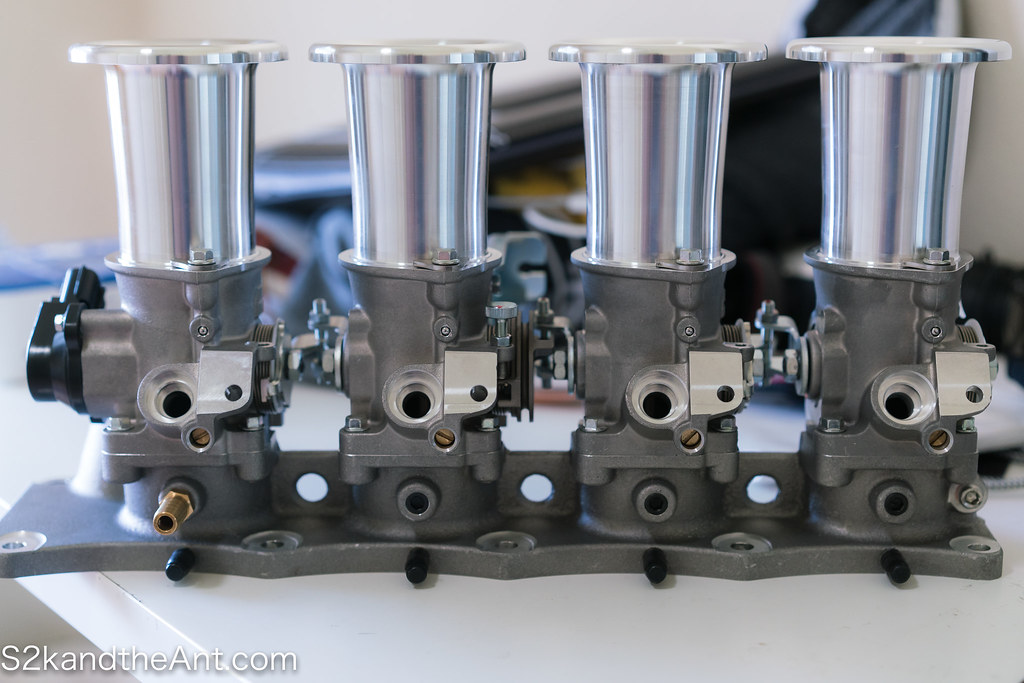 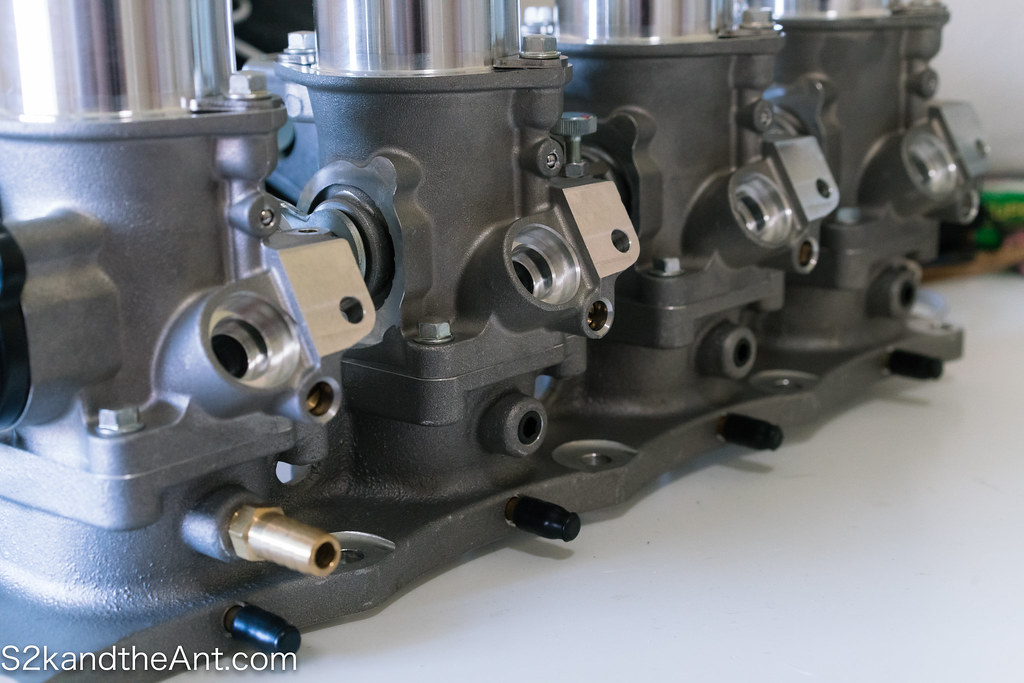 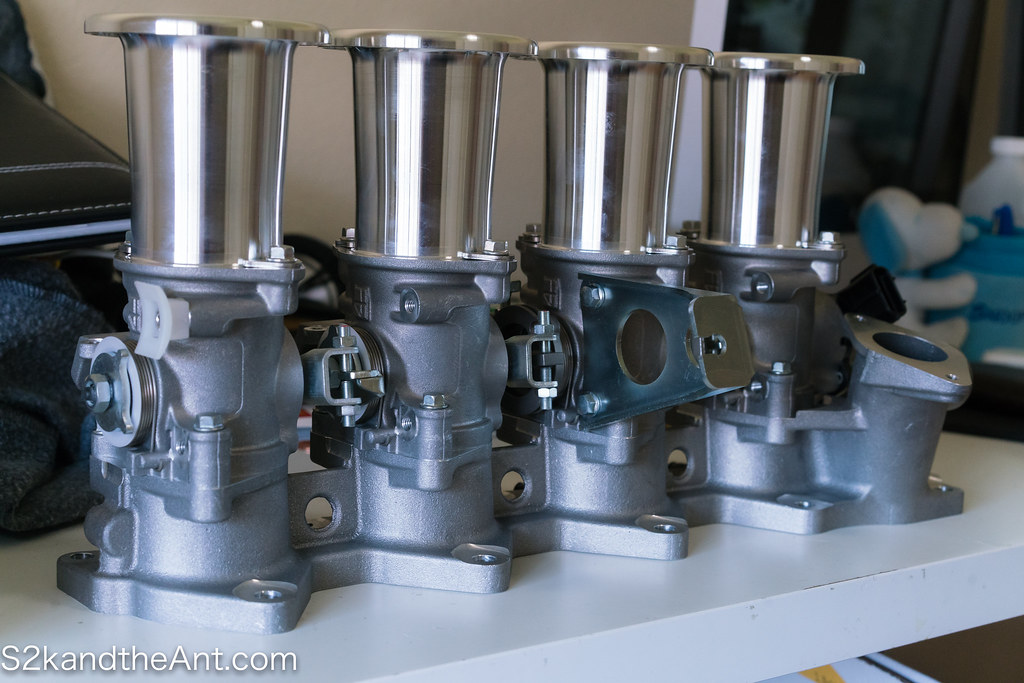 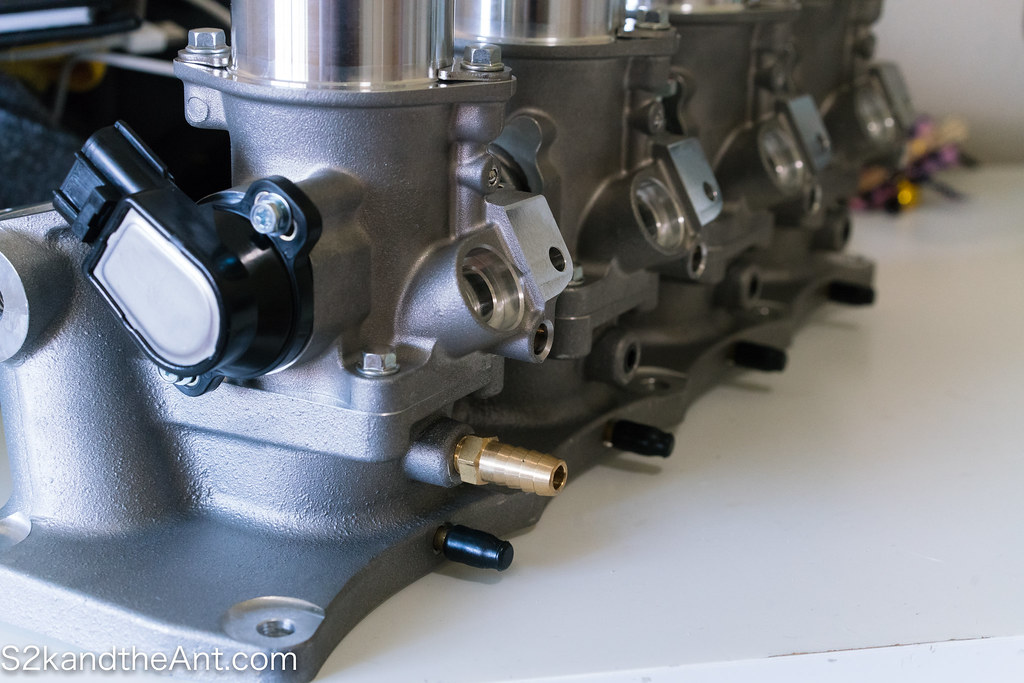 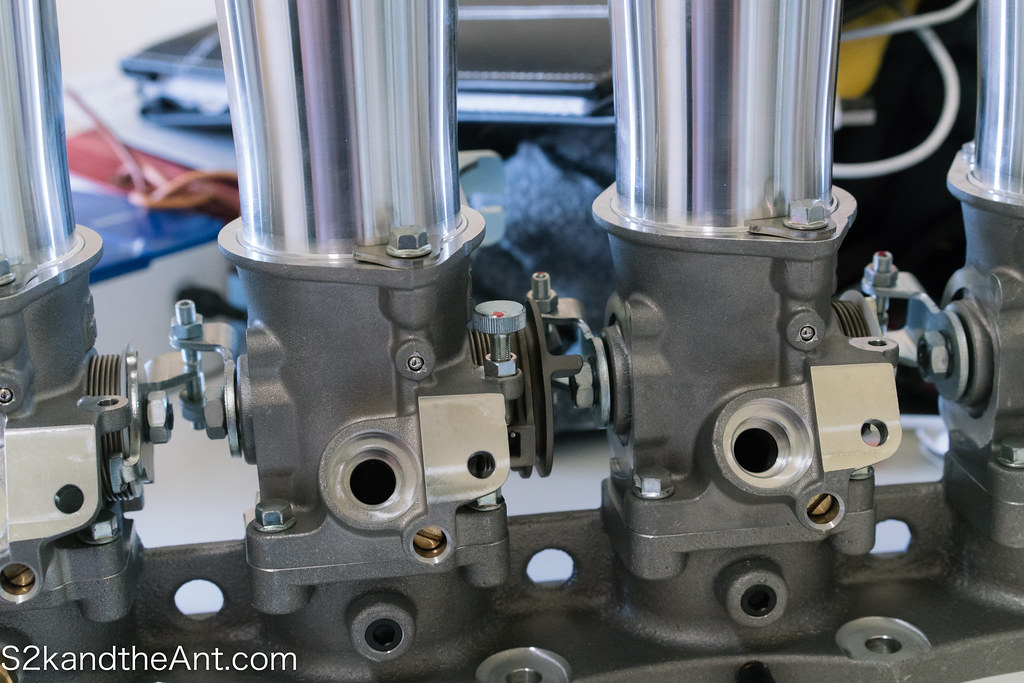 The knob you see in the middle if the main throttle idle adjustment… Not pictured is the coolant bleed port on the other side of the ITBs.

Overall, I’m really excited for the Toda ITBs, I mean it’s the same system that the ASM race car uses!