This past Saturday we checked out the Top Down Meet 10 year anniversary meet at the La Puente Hills Mall.  The Top Down Crew are an “old school” S2k crew. Living on the East coast I was always envious of the S2k scene out in California, the east coast didn’t have too much of an S2k scene.  I remember reading about the different S2k crews in California on S2ki. Years have passed and most of the original members have moved on to newer cars or have started families, but you can tell the S2k still holds a place in their hearts.

I was planning to take a ton of pictures, but the meet ended before I had a chance to take out my tripod, everything you see here is shot handheld, so I’m sure they are plenty of cars I did not shoot that attended the meet. 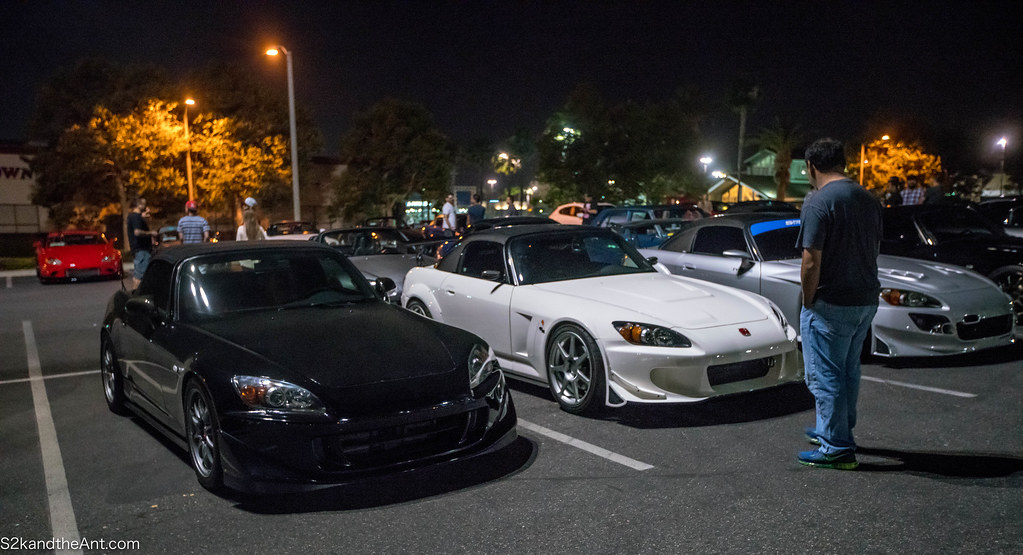 A man admiring the fine machines…… 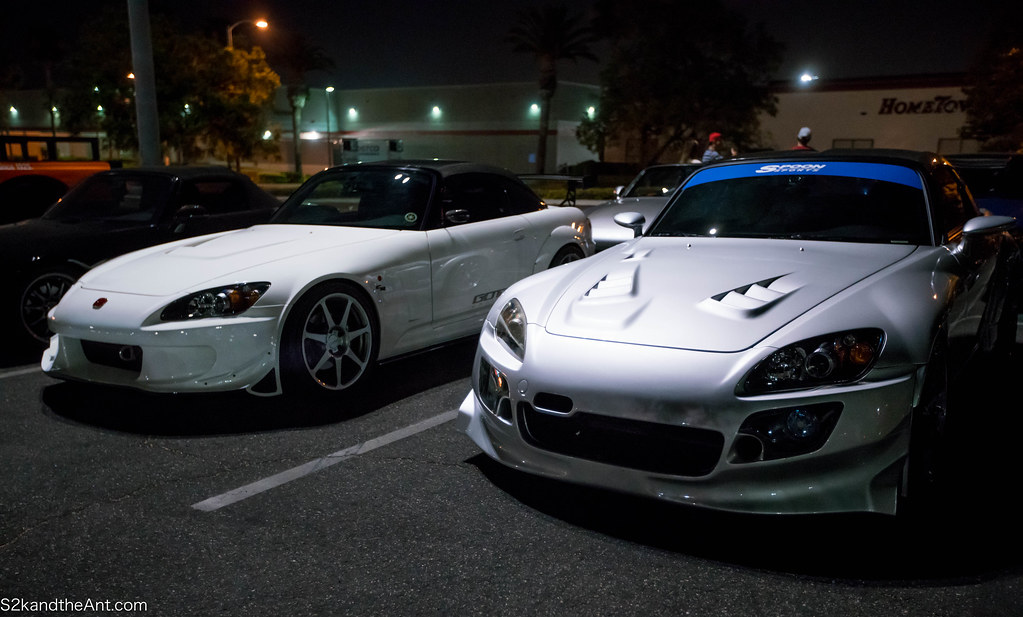 Gotuning Tommy’s ASM theme Ap2 CR and a car that has been featured on this site many many many many times, Areen’s Spoon themed Ap2. 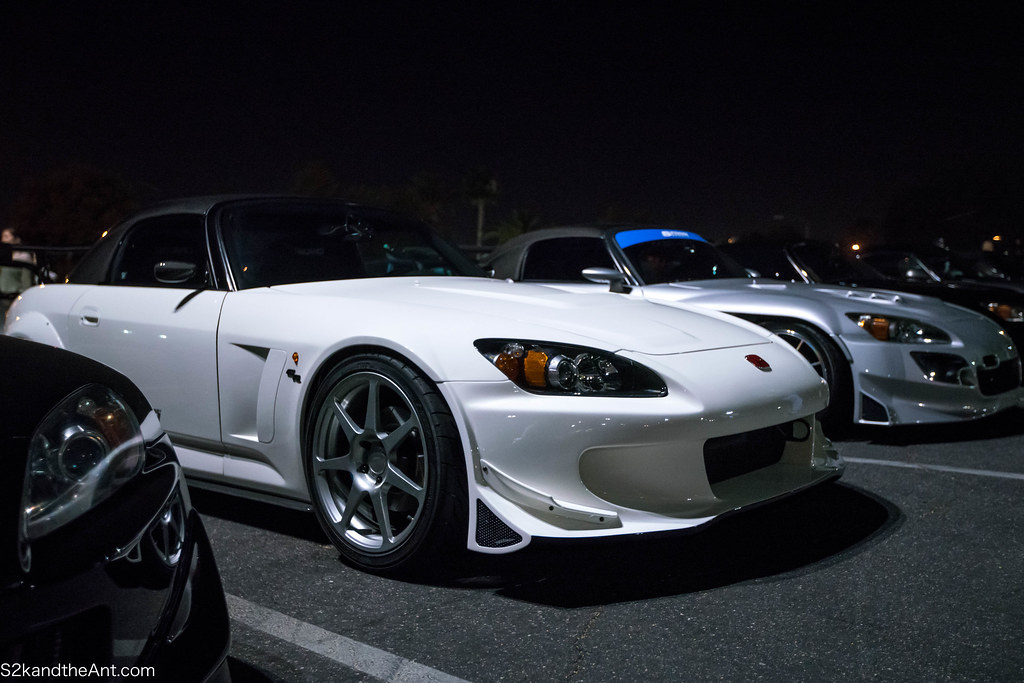 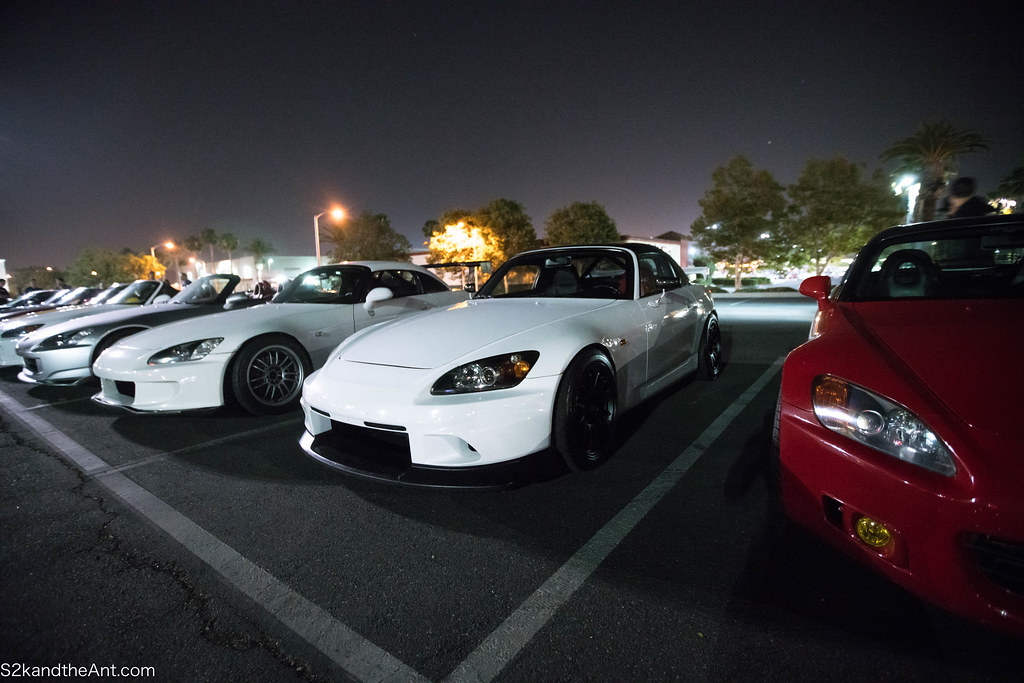 The meet was starting to look good…..Aftermarket front bumpers everywhere, like this voltex kitted car…. not too sure how many of these front bumpers were authentic though….. 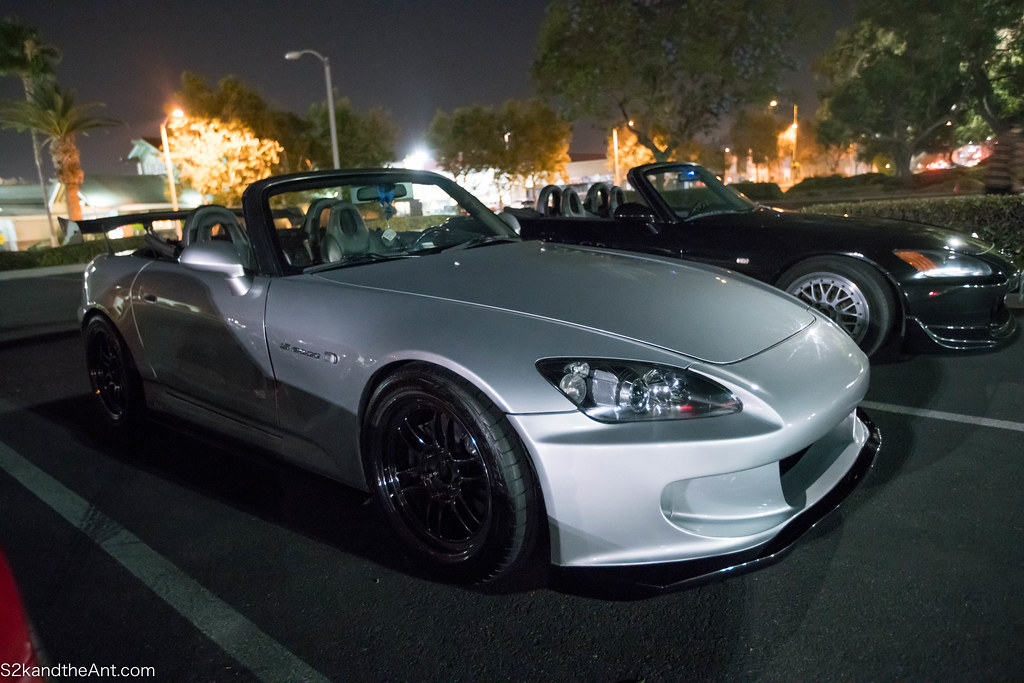 A look many of the younger S2k crowd is going for nowadays…. ASM front bumper and Enkei RPF1s SBCs 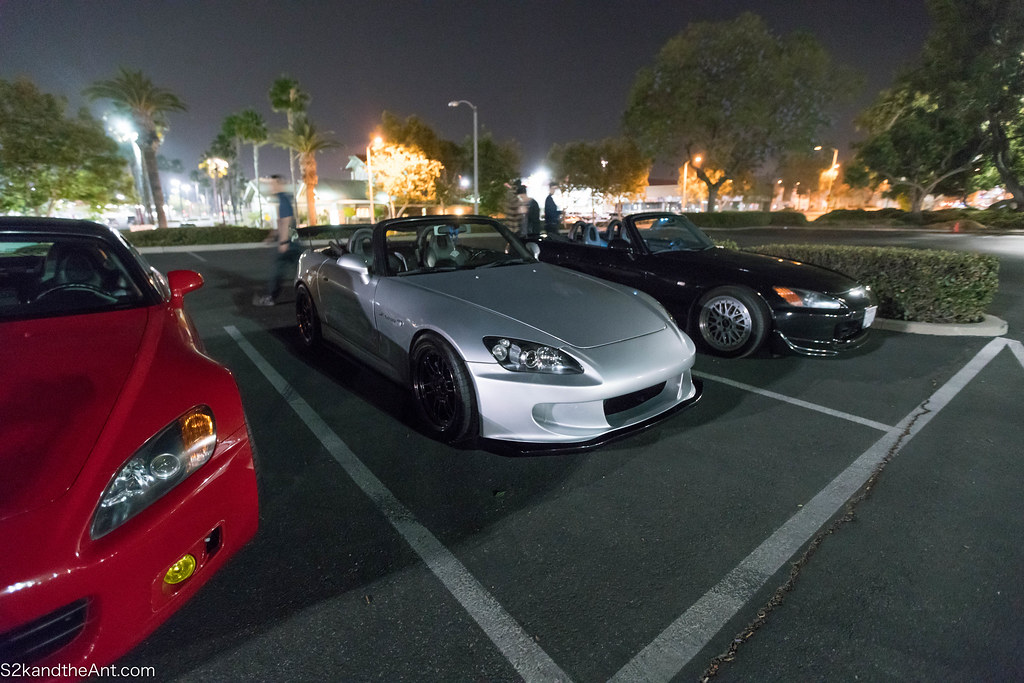 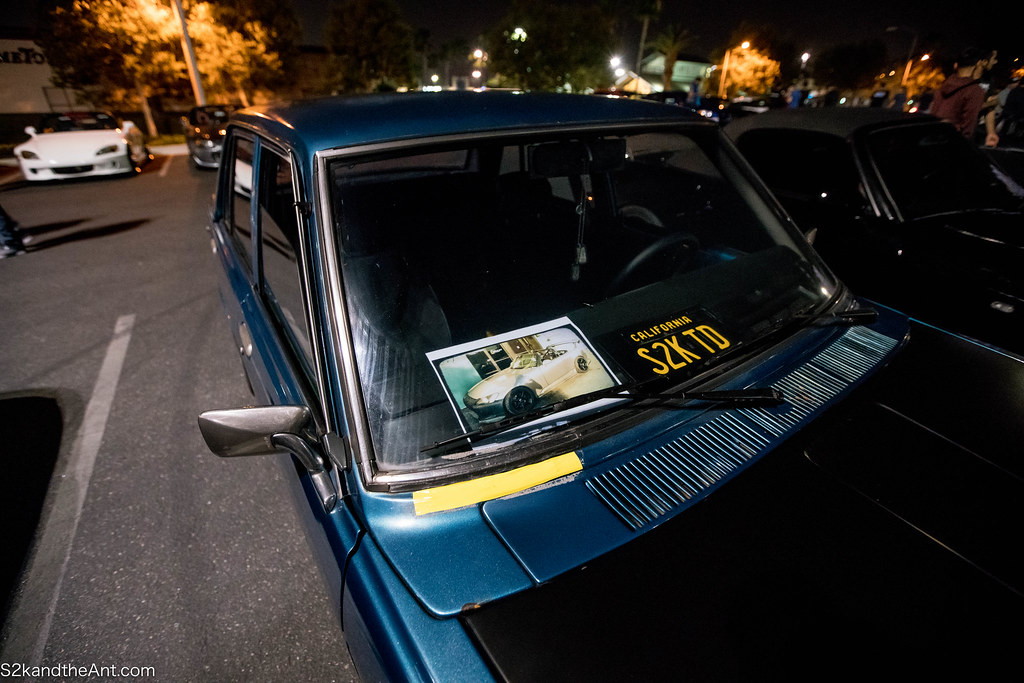 As I mentioned earlier, some members have moved on…..It looks like this particular member moved on to a Datsun 510 but still rocking a TD S2k license plate.  He proudly displayed a picture of what I can assume is his prior ride. 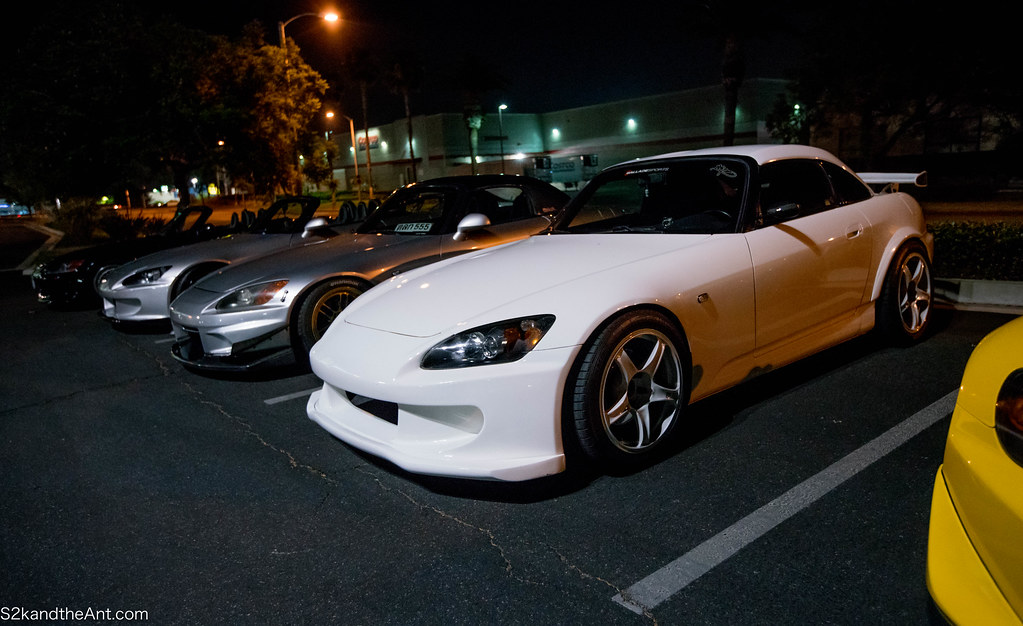 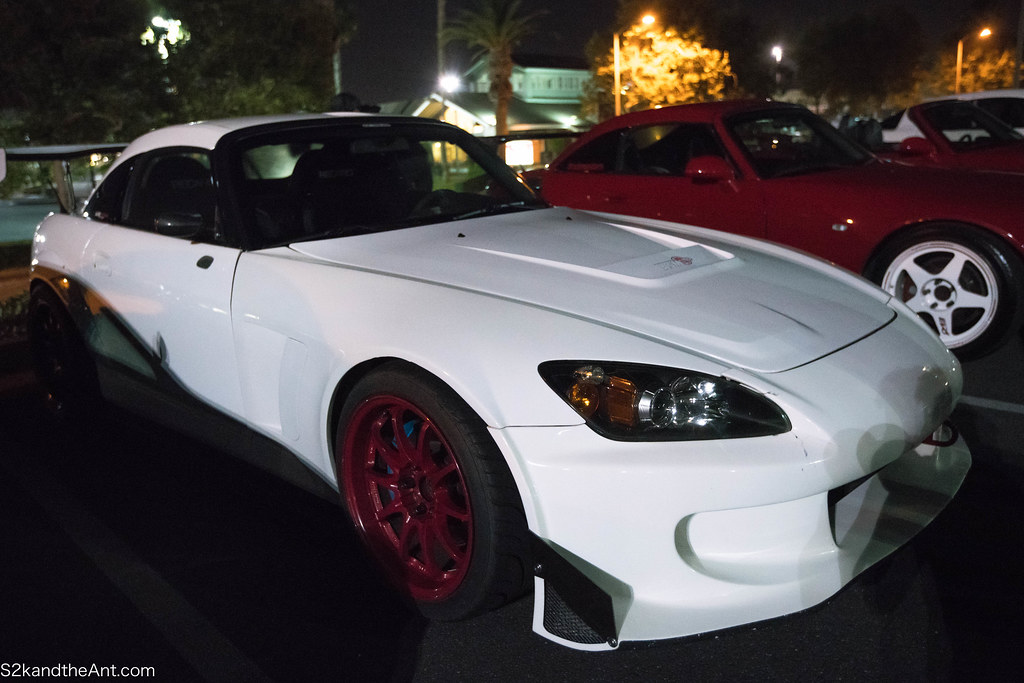 One of my favorite cars of the night.  OG S2k rocking a legit IS-11 ASM kit, CE28N, Spoon Calipers, M racing Mirrors, Mugen Hardtop, and more. 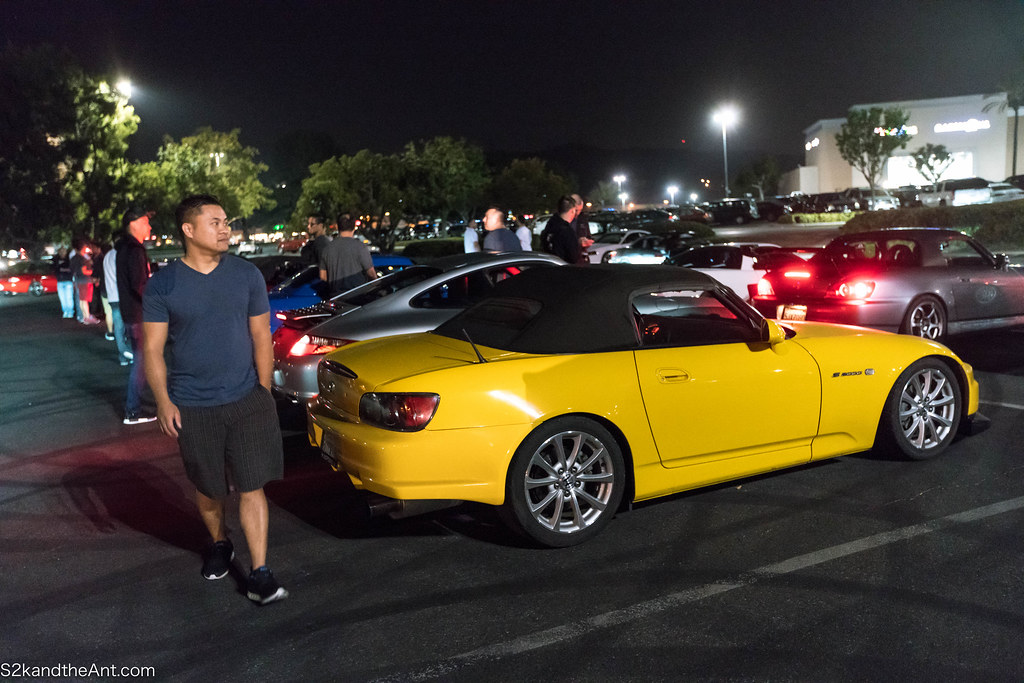 Around this time is when the cops came by and broke up the meet….about 1 hour after it got started.  They told everyone to leave or they will start writing tickets. 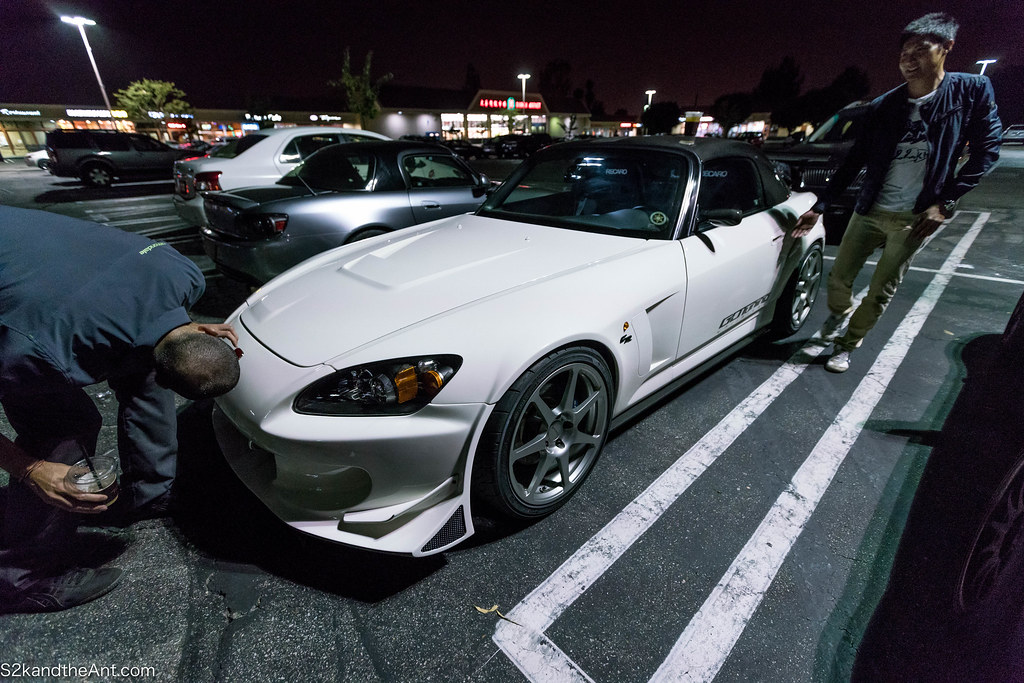 A few of us rolled out to another spot…. Here is Mike checking out Tommy’s ASM’ed AP2 CR.  His ASM I.S. DESIGN FRONT AERO BUMPER GT-10 is tits, I want to say this is Dry Carbon…… 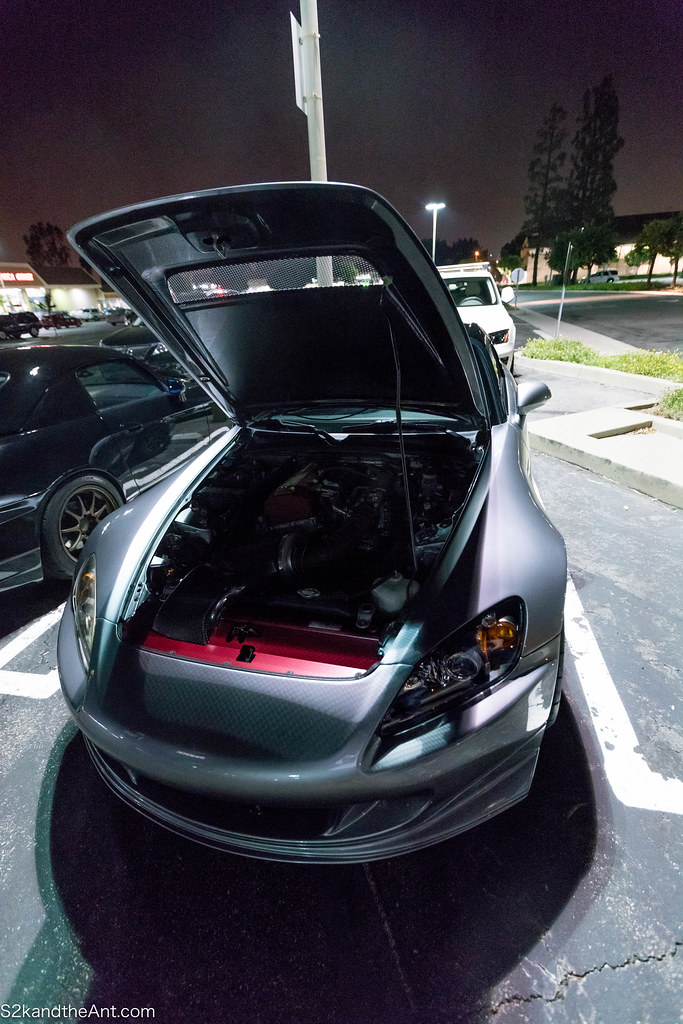 Warren was in town from South Korean, he brought out his awesome Amuser R1 front bumper and amuse dry carbon hood. 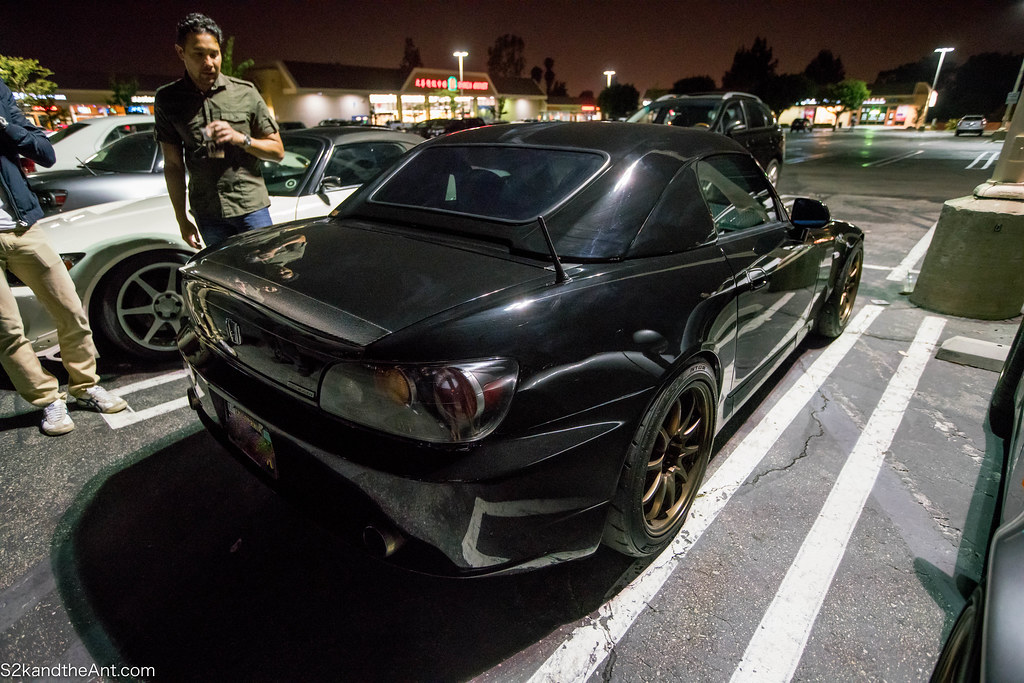 Chris Lum’s famous Mugen Ap2!  He’s almost been on this site many times…. 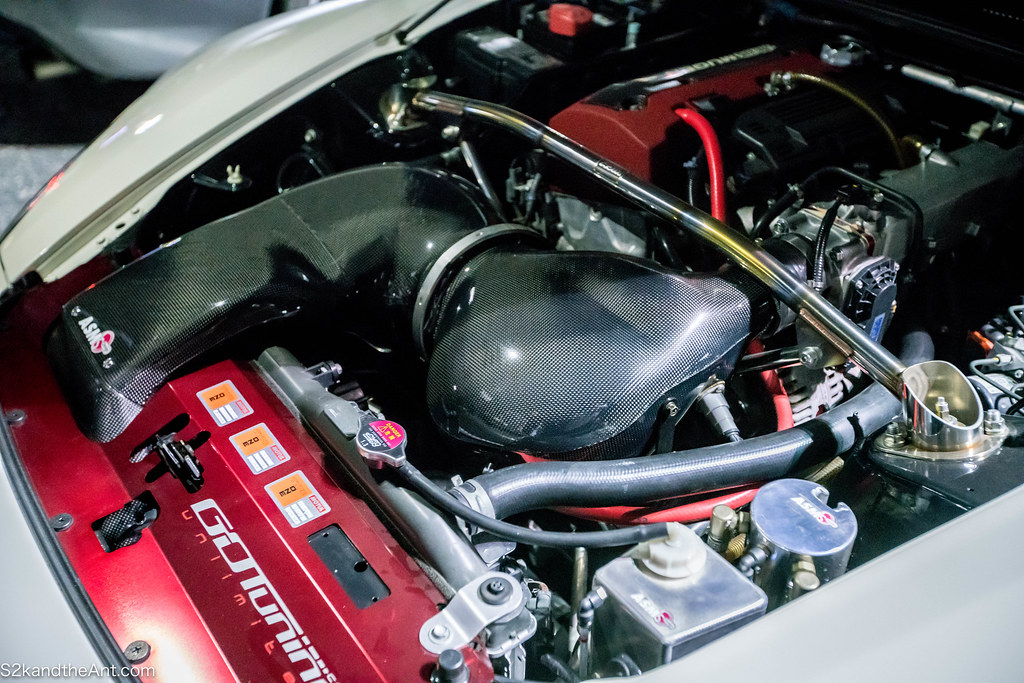 Tommy popped the hood of his ASM CR and it unveiled a host of ASM goodies, the ASM CF intake, a rare piece, I think this is where passwordjdm got “inspiration” to create their intake.  Of course ASM cooling plate, ASM catch can, ASM coolant reservoir, ASM strut bar, ASM Toda throttle body, and the piece I’ve been looking around everywhere the Mugen Dry Carbon Spark Plug Cover! 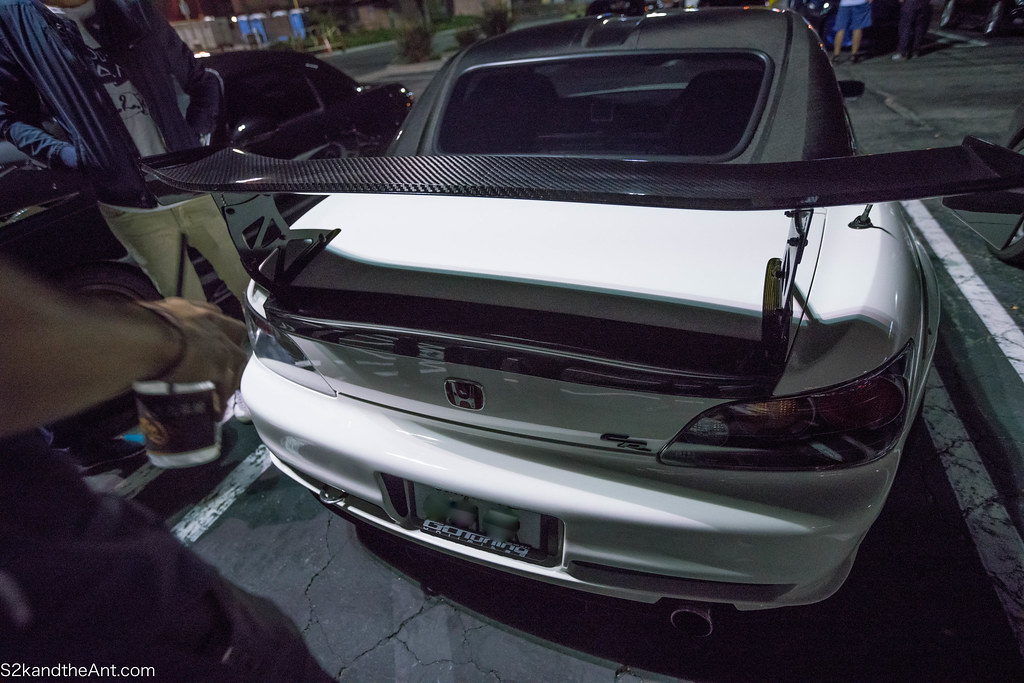 The rear of Tommy’s car was all ASM too, CUSTOM Spec ASM wing, ASM 07+ rear bumper, ASM tow hook, and the ASM Siren exhaust.  It sounded so clean…… 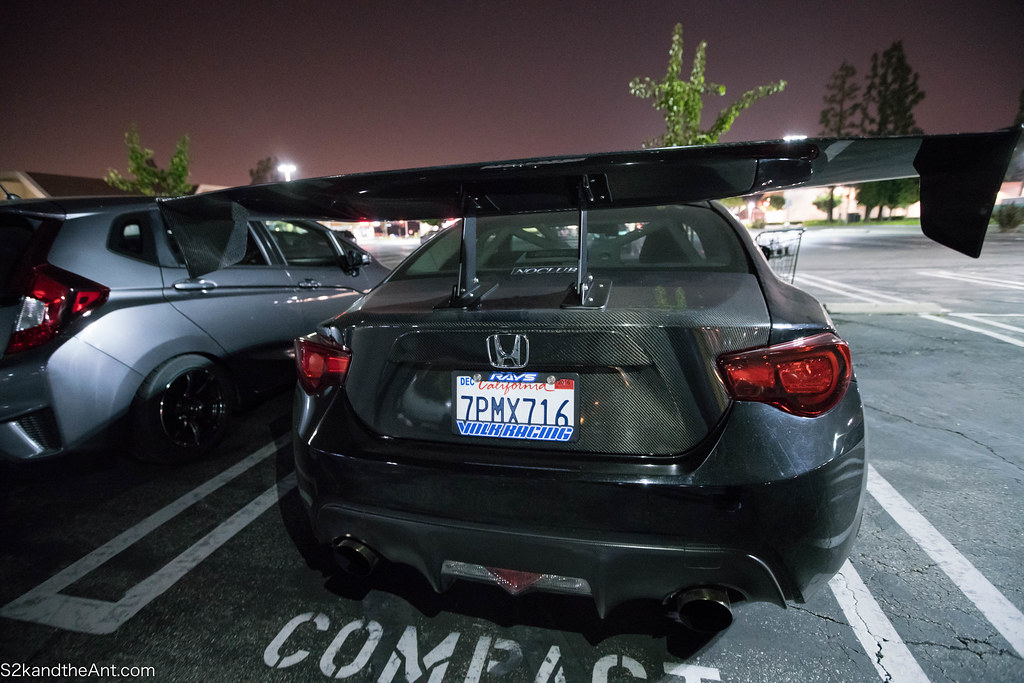 This car just happened to be in the parking lot…. FRS/BRZ? with a Voltex Swan neck wing and the best mod…..a big ass Honda badge!